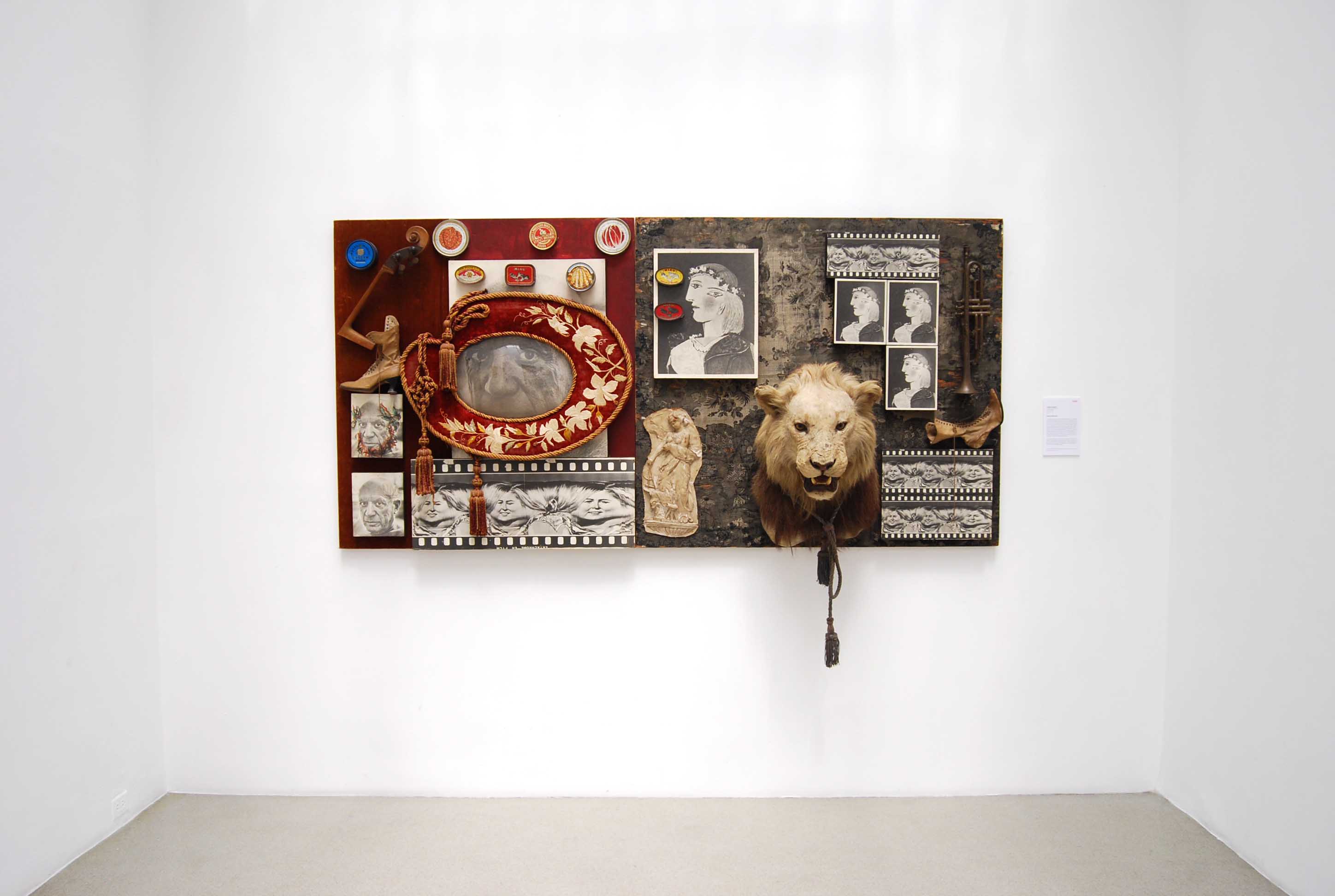 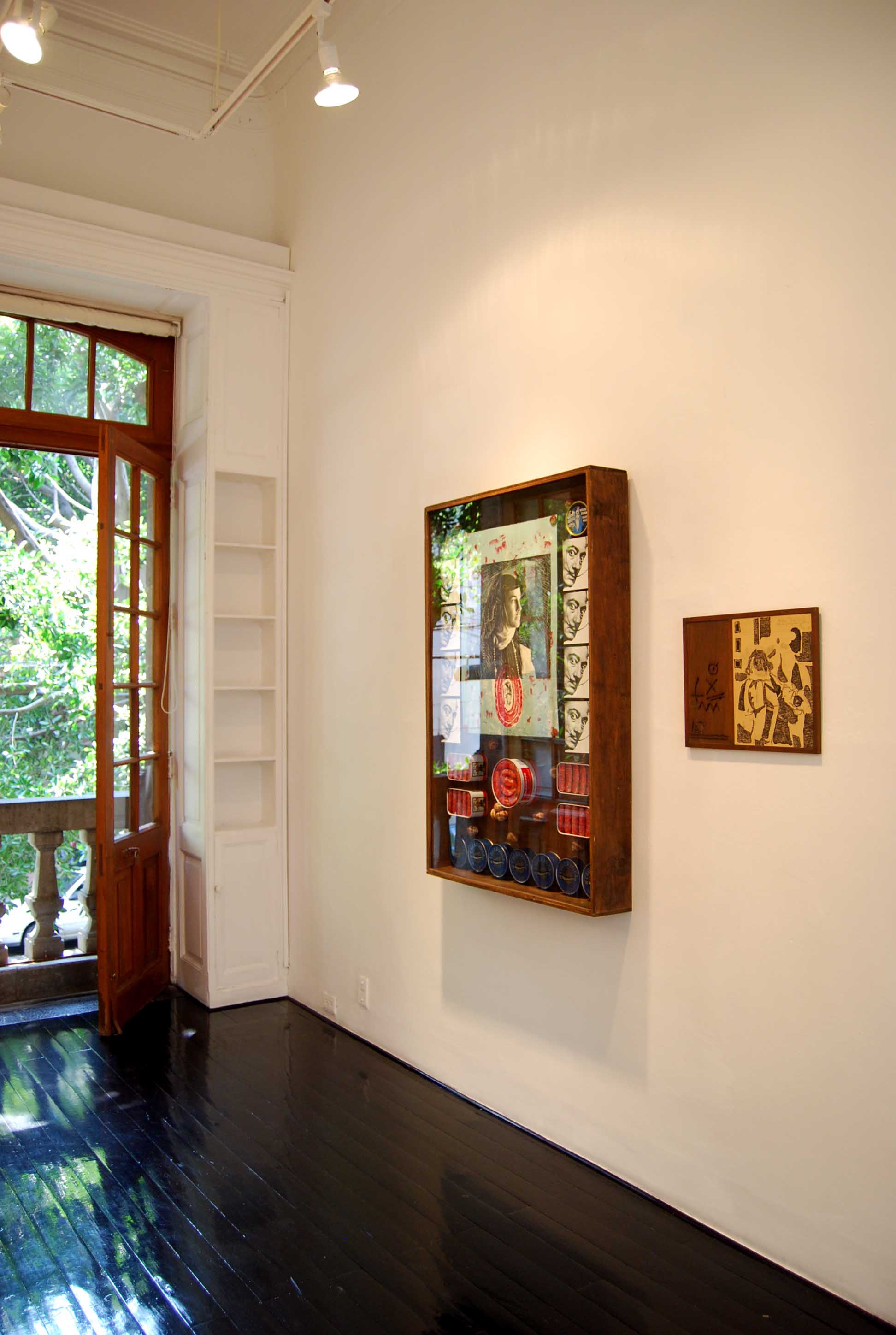 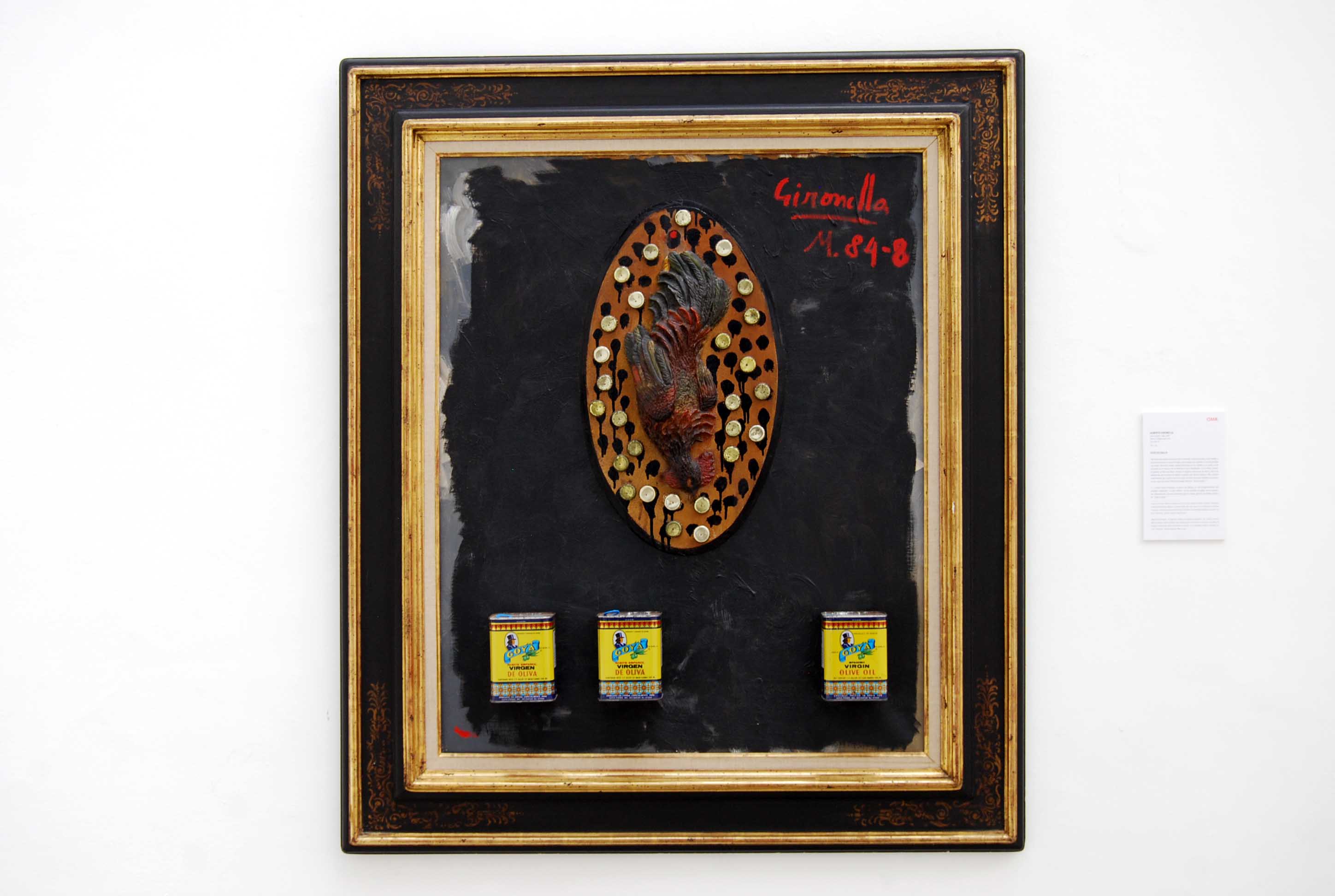 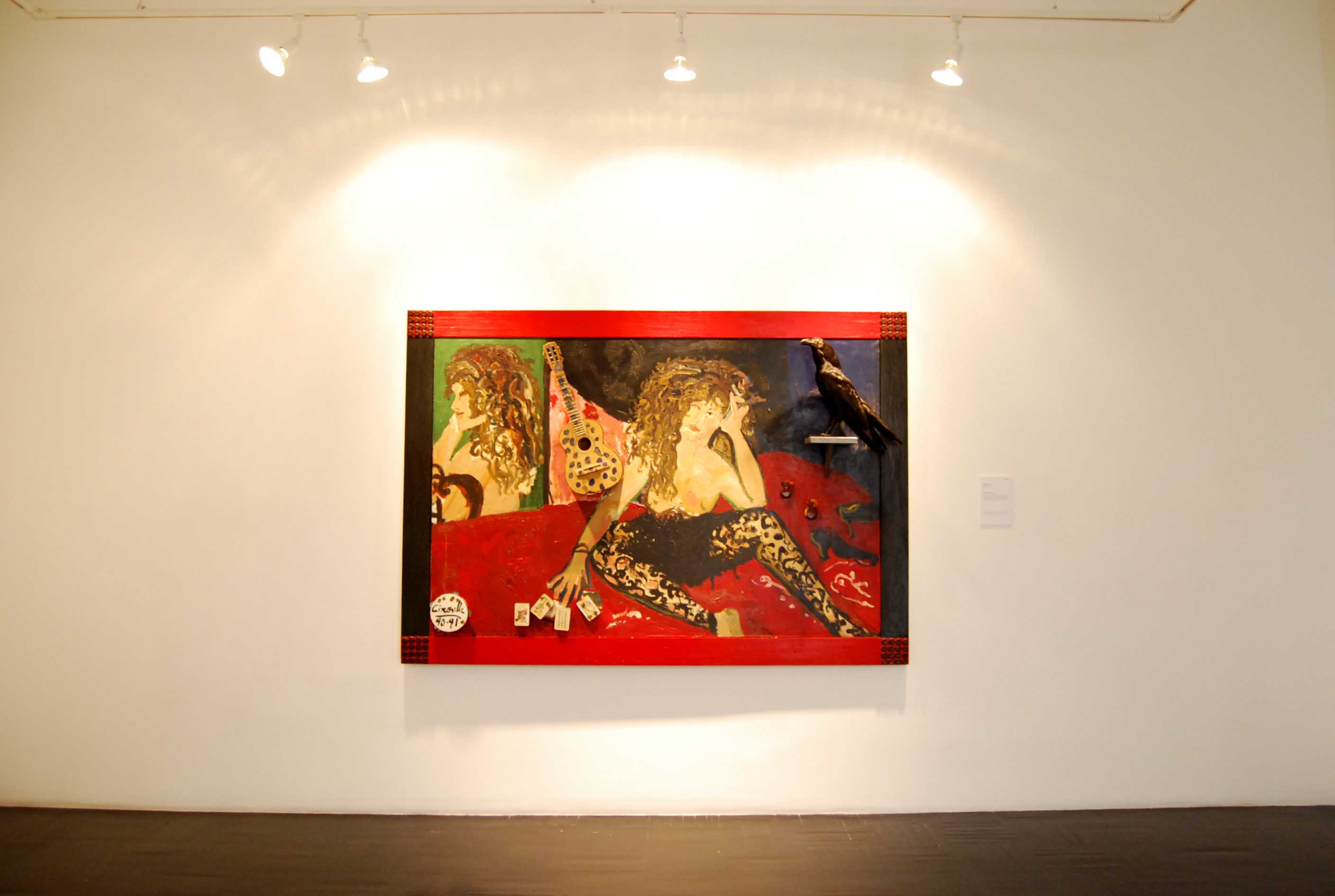 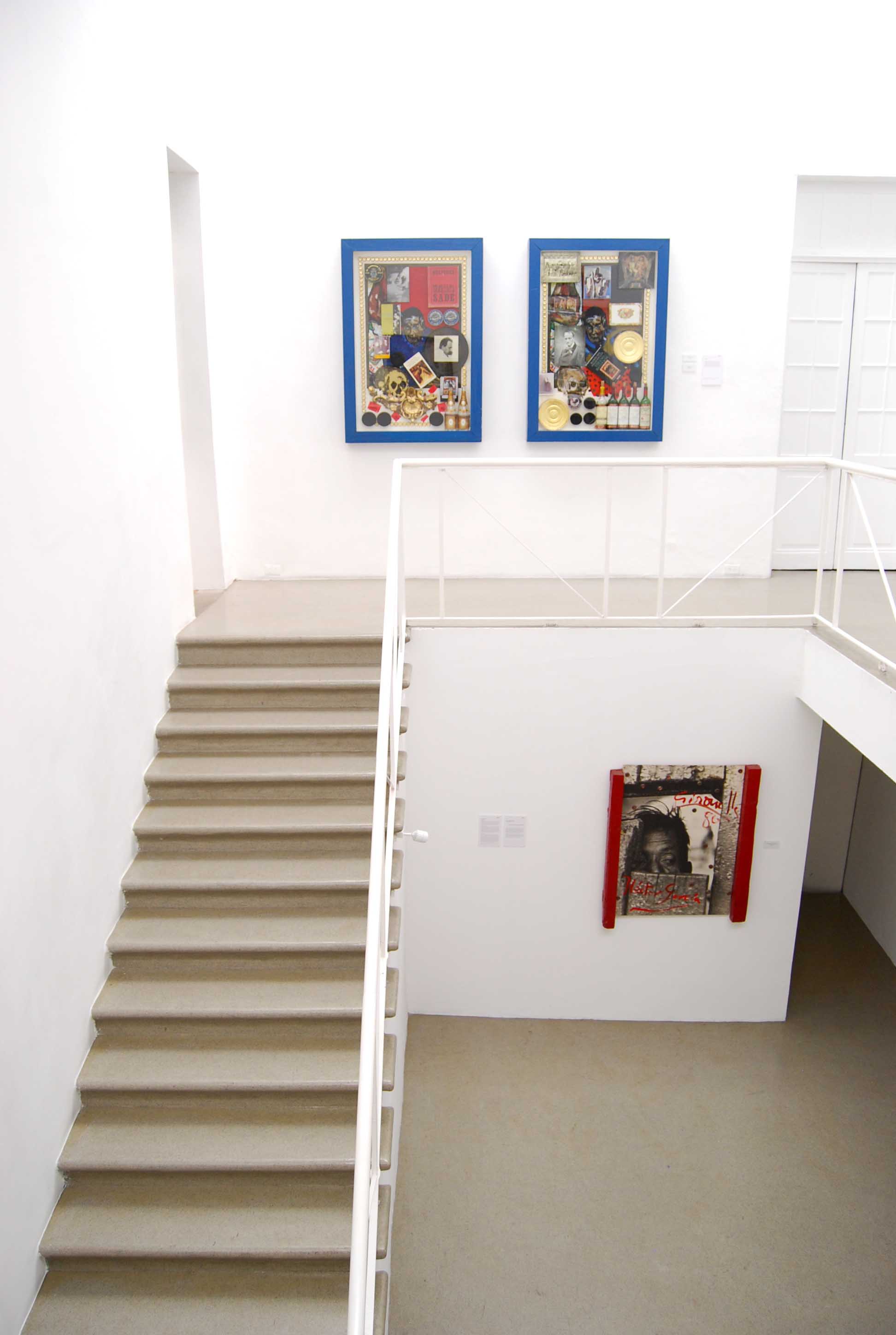 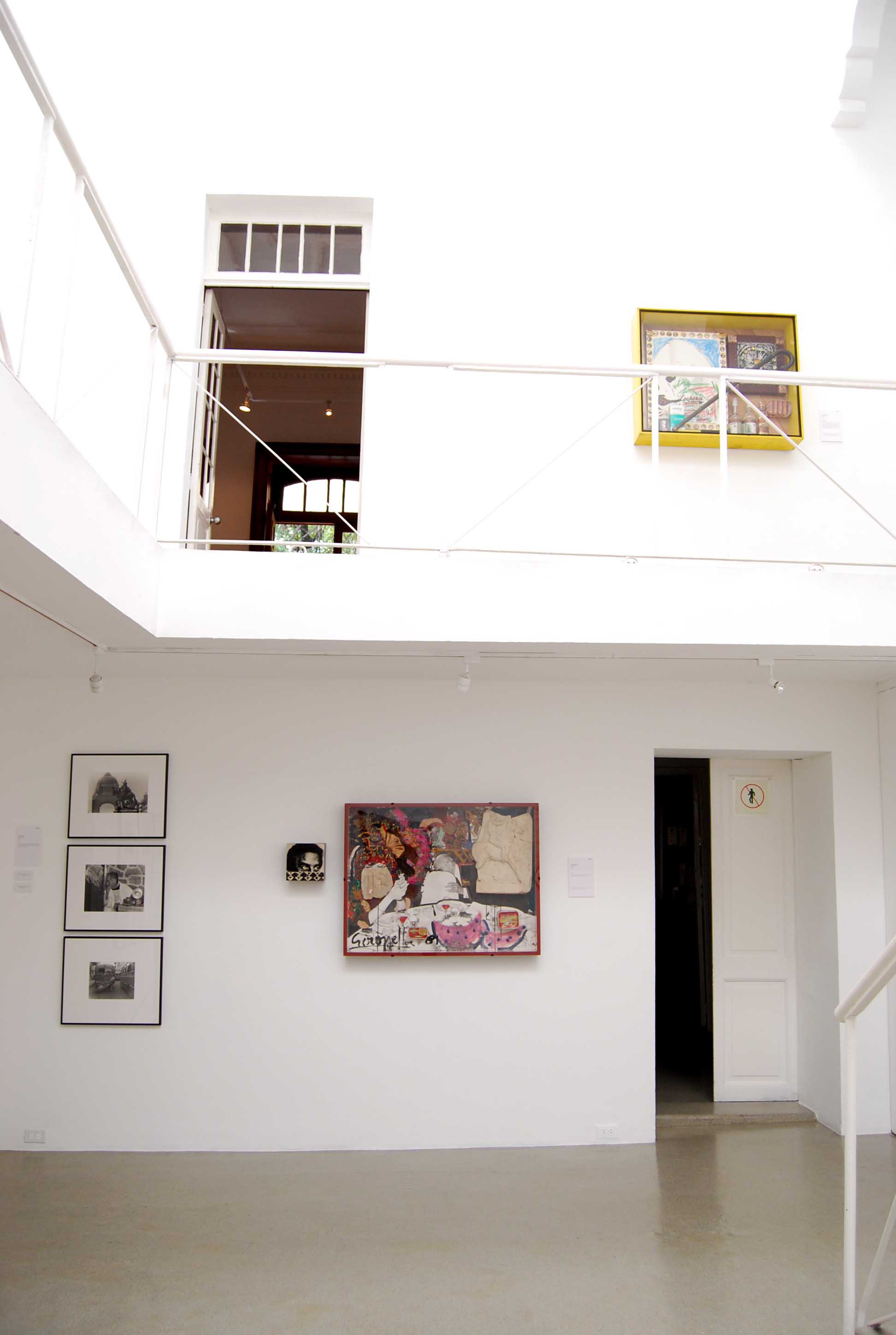 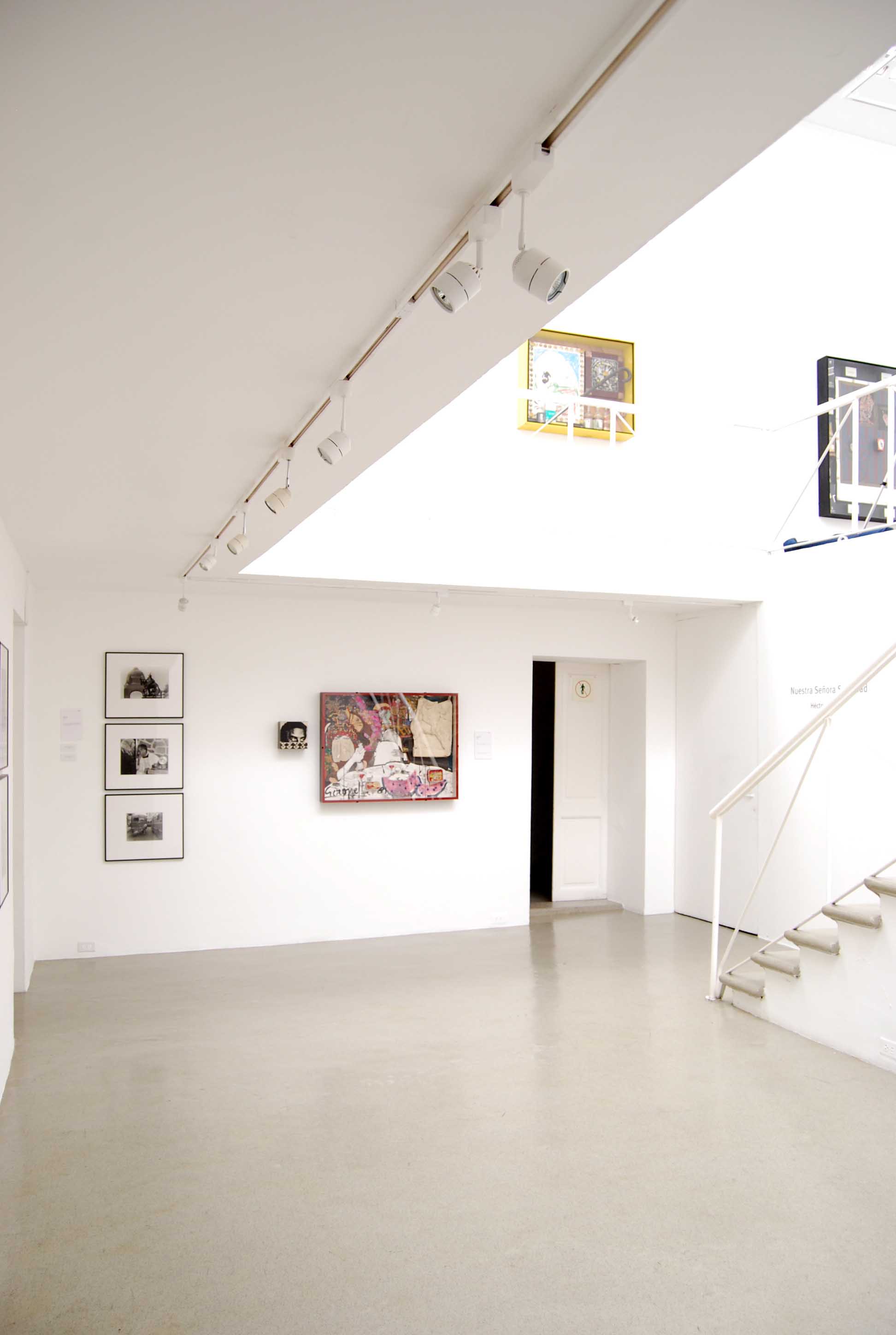 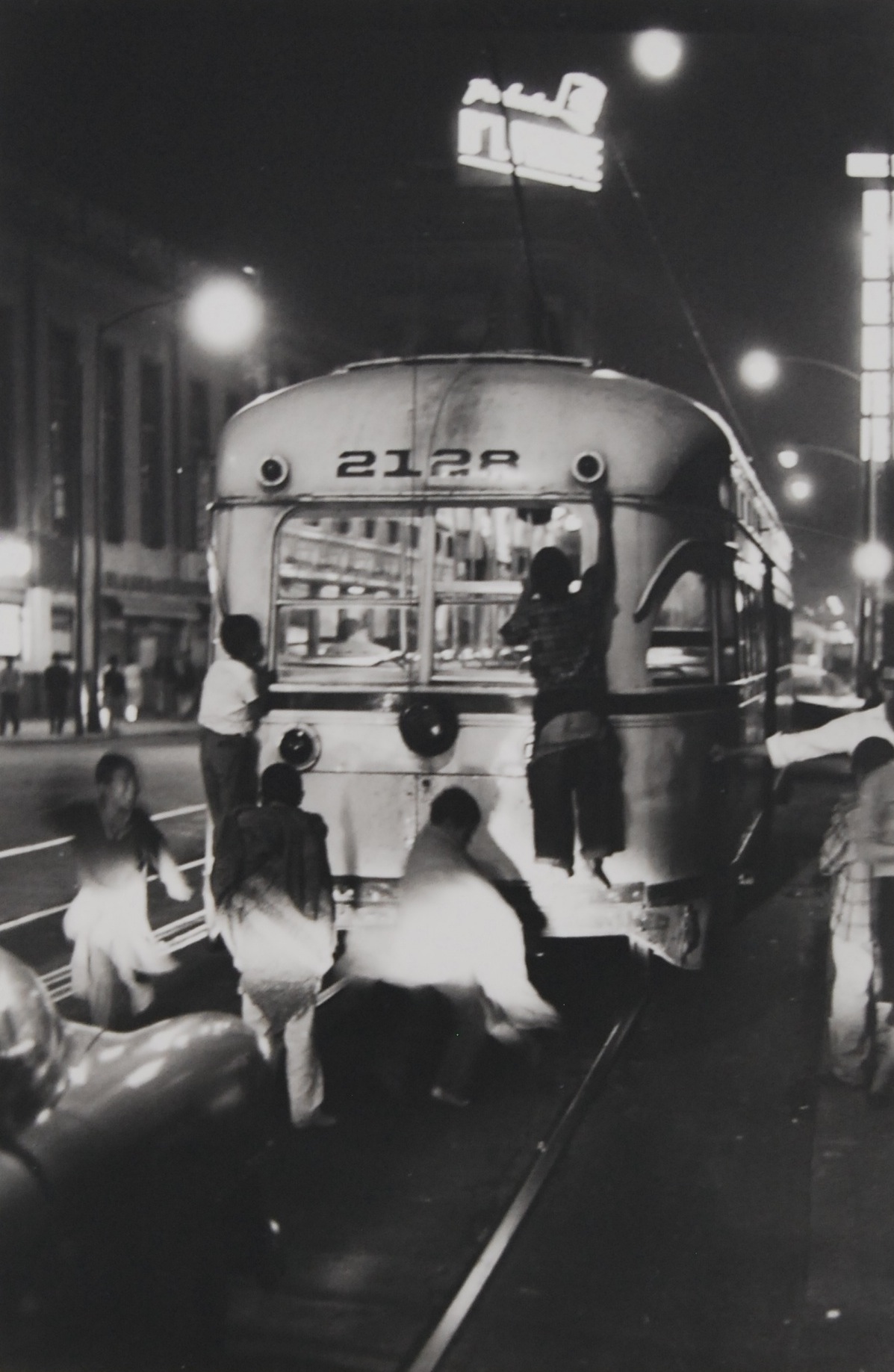 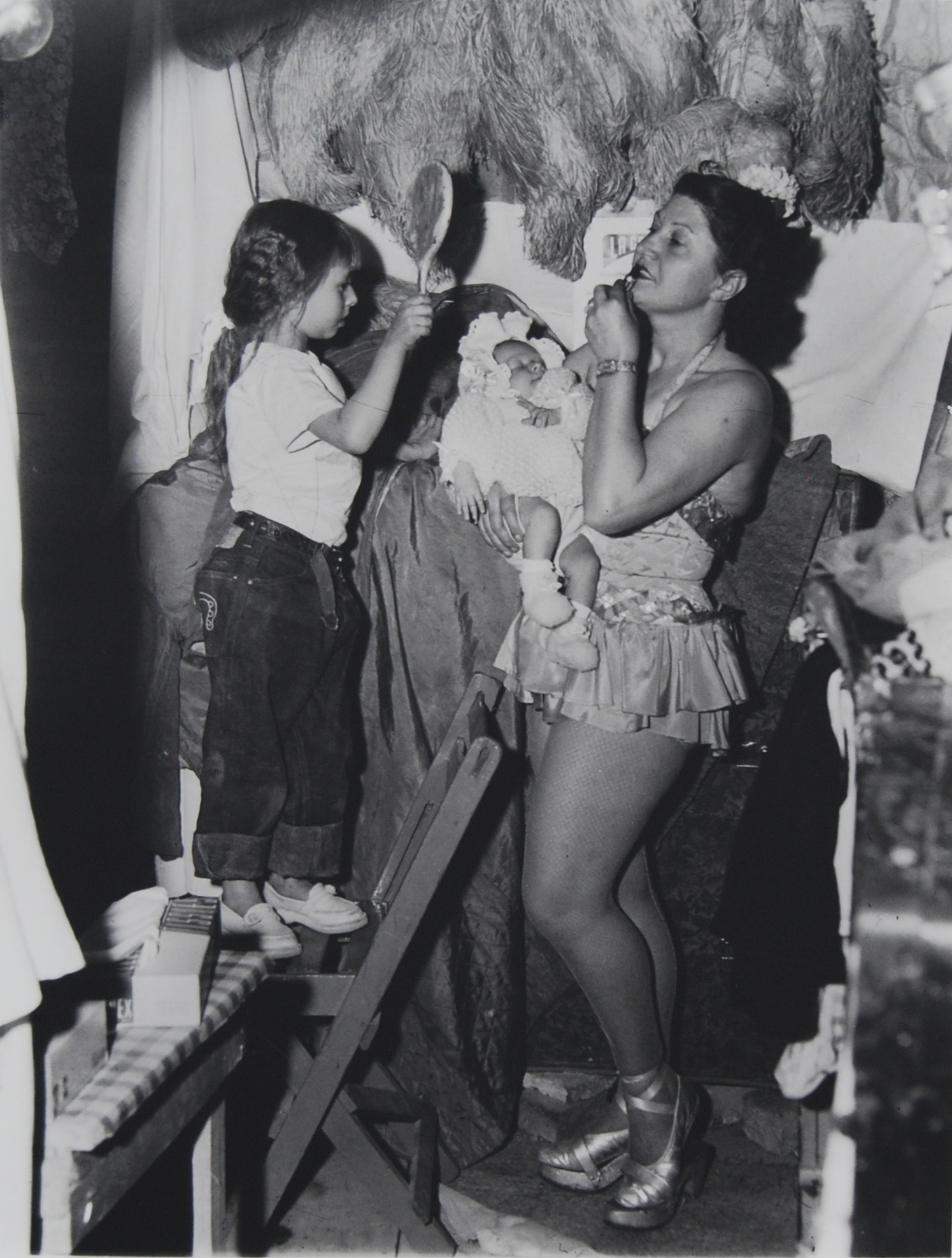 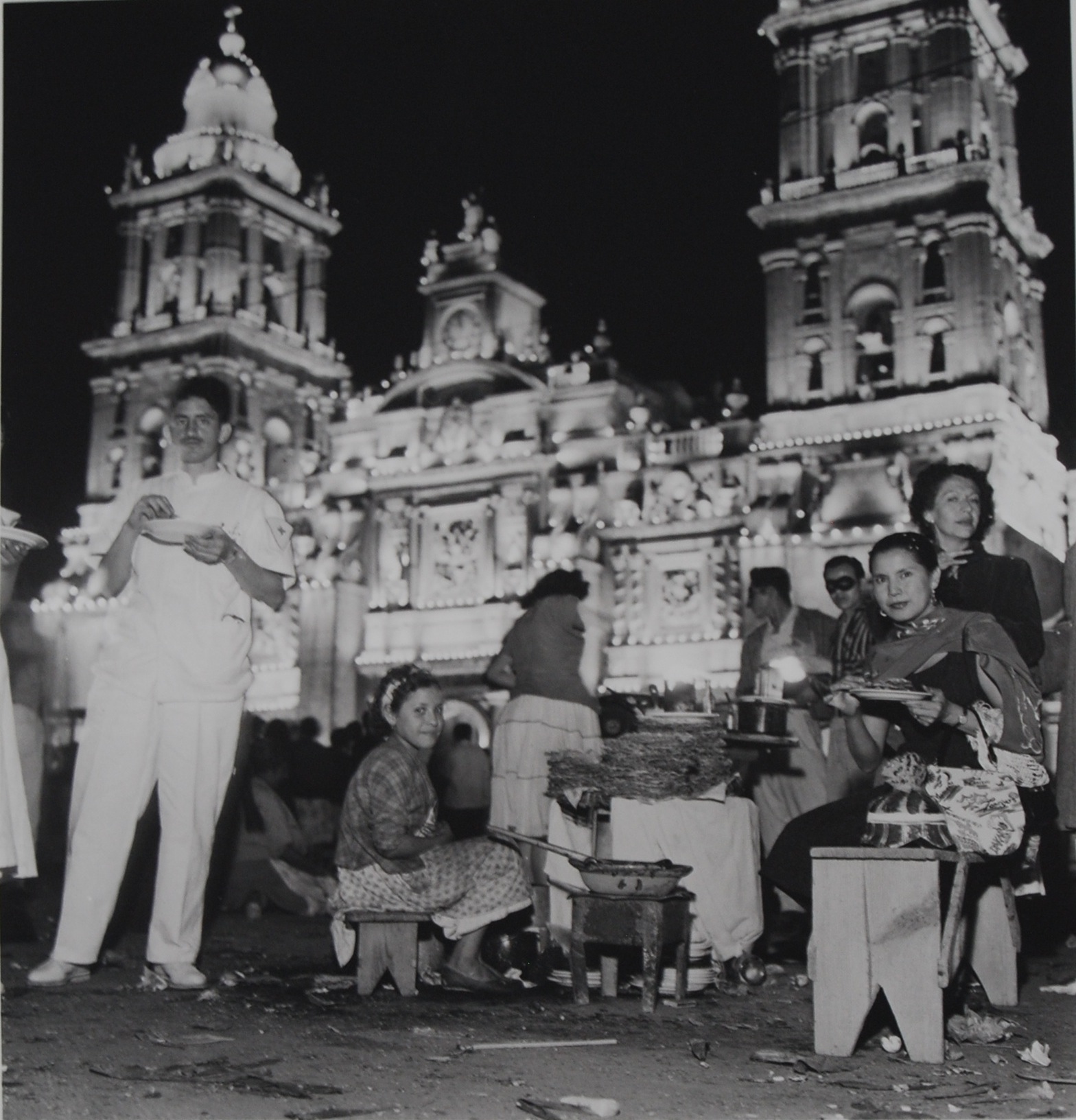 Galería OMR is honoured to present two parallel, intertwined exhibitions, homage to two of the most important figures in Mexican art and culture of the xx Century: painter Alberto Gironella and photographer Héctor García.

These two artists were united by a long lasting friendship and various artistic collaborations, two of which are shown in the present show. Their research followed different paths; while Gironella was interested in literature and Golden Age painters, among other themes, García rested his eye on the contradictory Mexican reality.

Alberto Gironella was born in Mexico City in 1929. He Studied Spanish Literature in the Nacional University of Mexico and started painting at a young age, presenting his first solo show in 1952 at Galería Prisse, which he founded with fellow artists Vlady and Héctor Xavier, after starting two literary magazines: Claviñero and Segrel. On that year he created his first painting based on an art work from the past, “La condesa de Uta”, starting what would become and long and extensive oeuvre in which, using both traditional and innovative media, he expressed his passion for Spanish literature and Spanish painters Velazquez and Goya; for Mexican icons such as Zapata, and international pop ones such as Madonna; for Nietzsche’s philosophy, Juan Rulfo’s Pedro Páramo and Lowry’s Under the volcano. He was a friend of André Breton, Octavio Paz and Luis Buñuel, to whom he dedicated many works, made a number portraits and with whom he had a long and fruitful relationship, as well as with Chilean theatre and film director Alejandro Jodorowsky, Belgian artist Pierre Alechinsky, matador Manolo Martínez and photographer Héctor García. Gironella was a great and voracious reader, a great artist and a great painter, who, already in 1963 declared that his vocation was “… more than painter, writer, torero, or anything else, that of a provoker”

The exhibition Time also paints, (title taken from Francisco Goya for his 1979 exhibition at Colegio de México) presents an important selection of works spreading across many years of production and representing many of his constant themes, from the early drawings and prints to a portrait of Madonna as a pirate made months before he died of cancer in 1999.

Héctor García: Our lady Society (title taken from a 1950’s photograph of Independence Day in Palacio Nacional) present some twenty photographs of Mexico city by this fantastic artist, reporter, vagabond who was honoured three times with the National Reporters Price: in 1958, 1968 and 1979. García, born in the neibourhud of Candelaria de los Patos photographed like no one else has done the “…splendid and brutal, miserable and extraordinary city of Mexico” (Carlos Monsivais).

The reality that Héctor García reproduces is that of the misery, the suffering, the unfair exploitation and brutality of Mexico City. But beneath those sombre tones he also perceives the luminous zones, the beauty of children and women, the dignity preserved by the people amidst their oppressing poverty. García does not transfigure reality but finds the moment when it is illuminated by a special light, which is not the sun but the emotional intensity or the unusualness of a scene.

At this time of centennial and bicentennial celebrations, Héctor García’s testimony of Mexico City is particularly sharp, and heart rendering, with its terrible contrasts, its acid humour and its undeniable beauty.