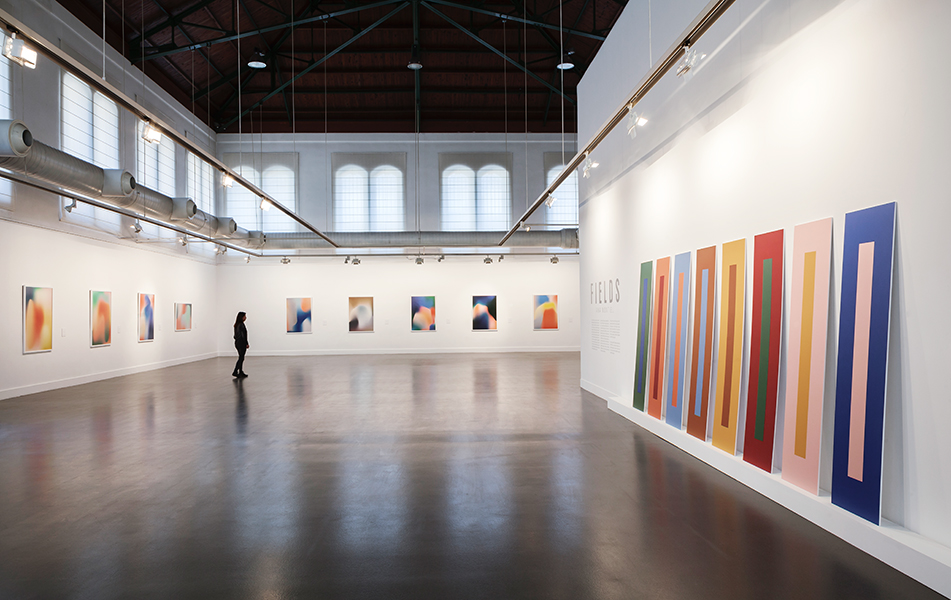 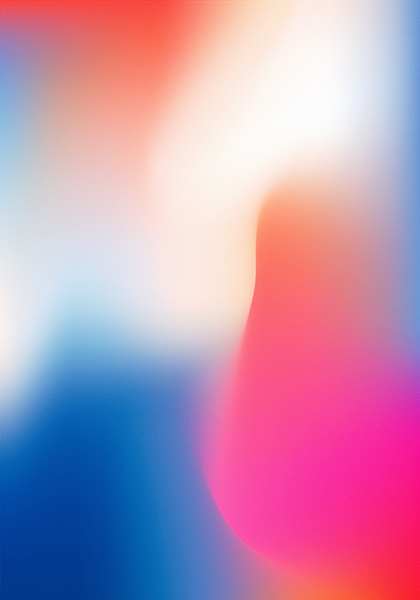 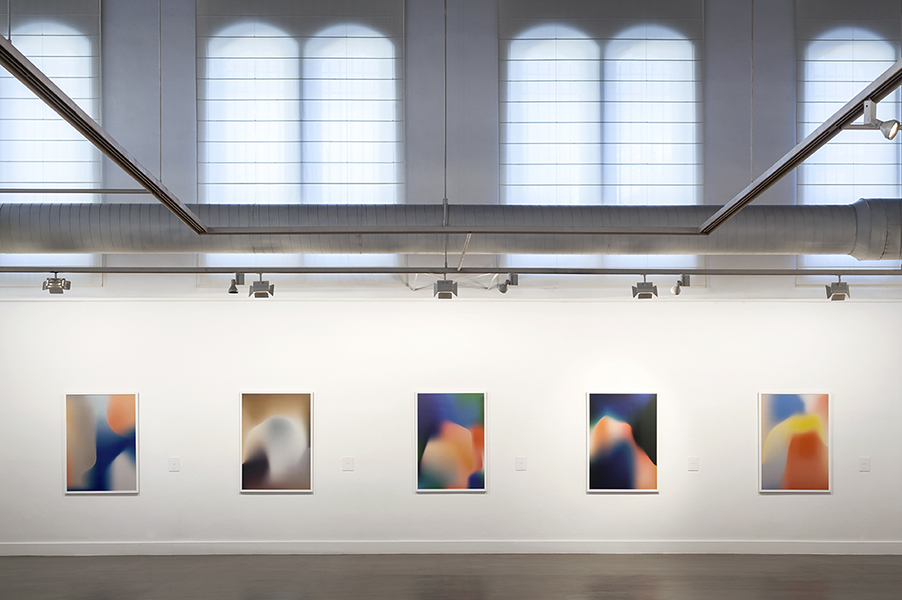 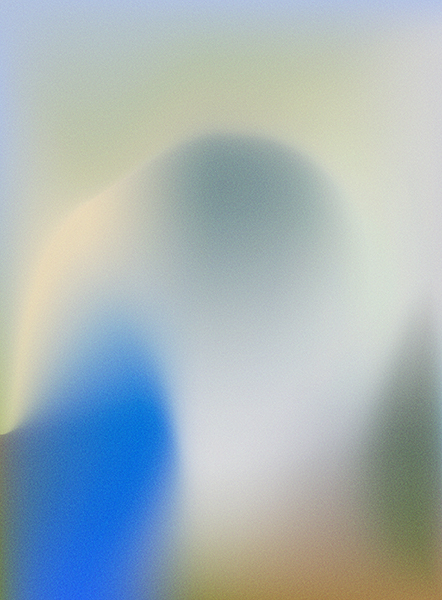 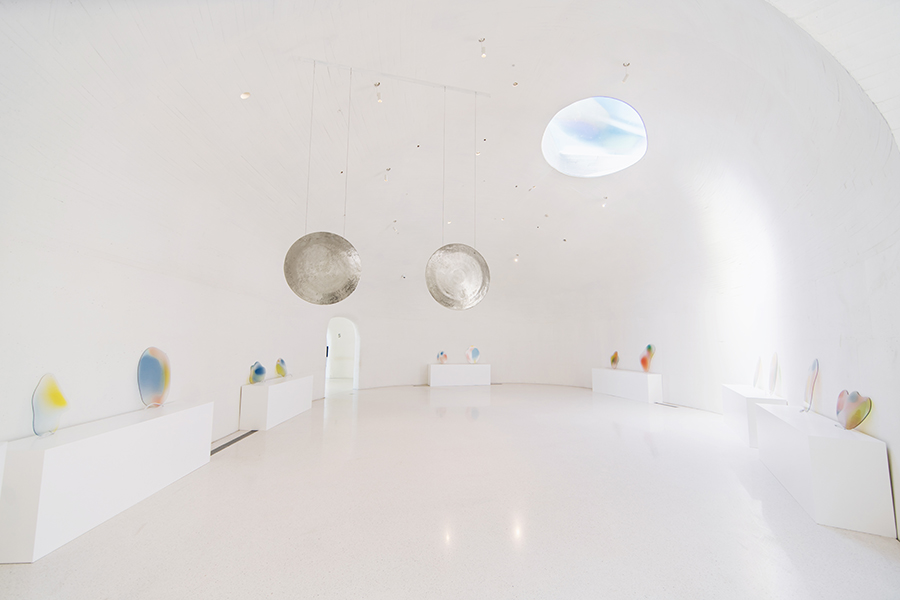 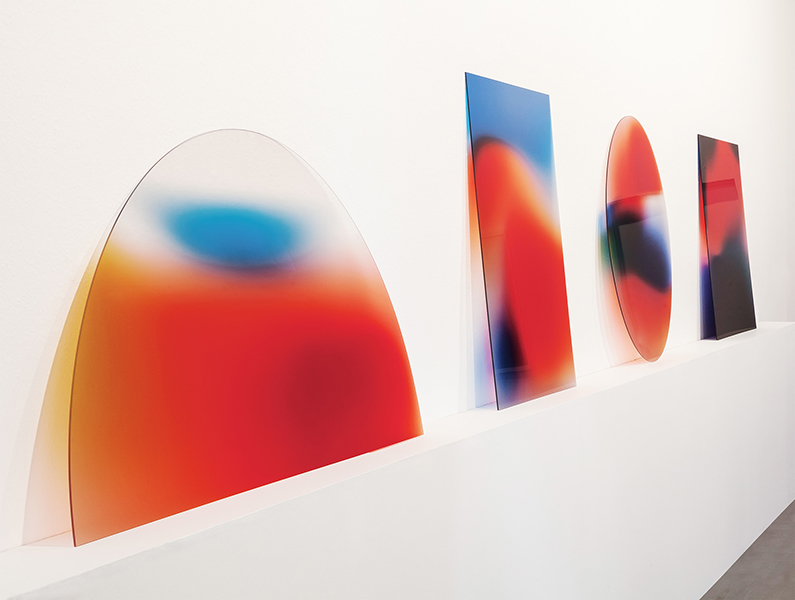 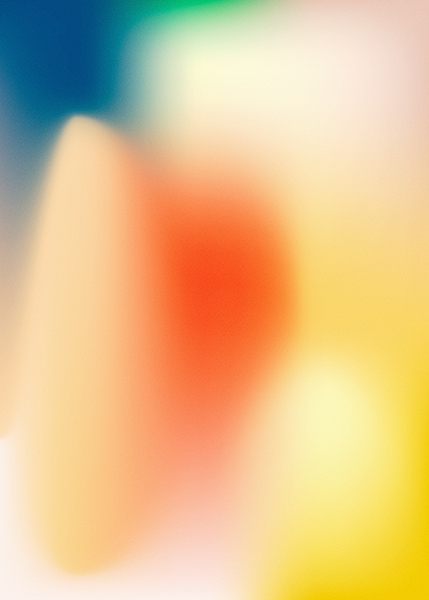 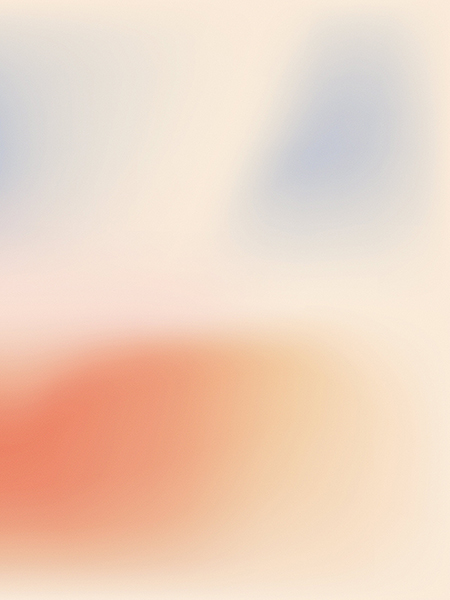 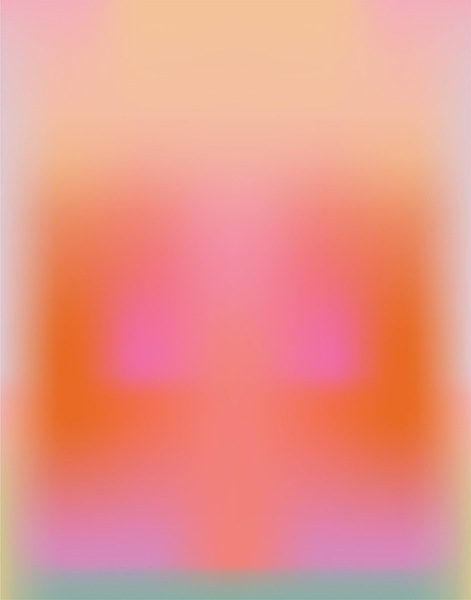 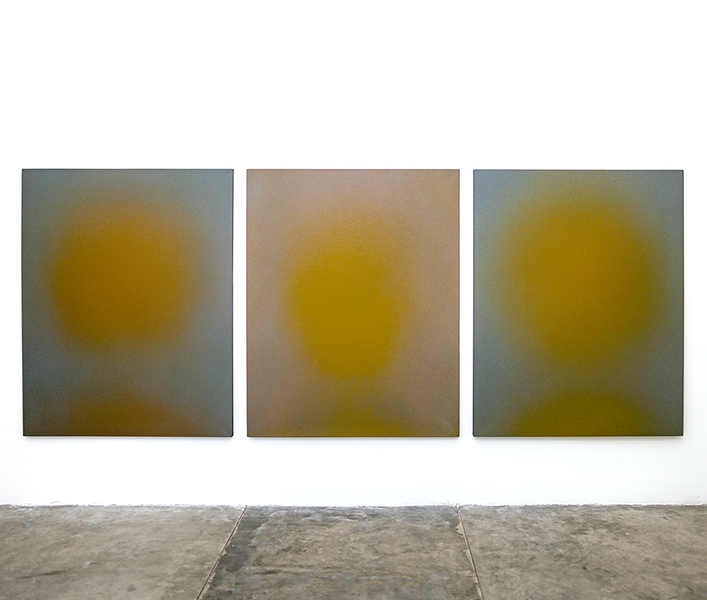 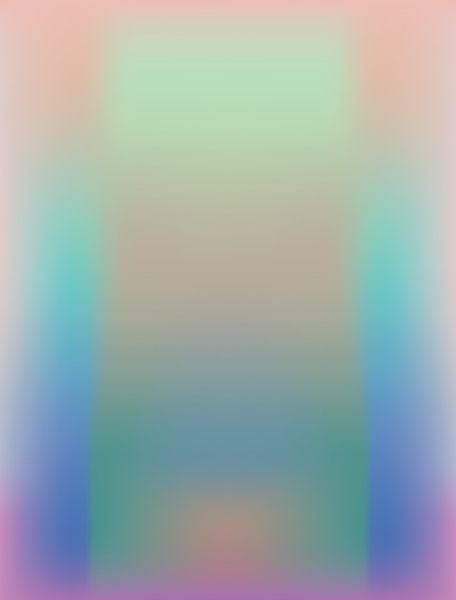 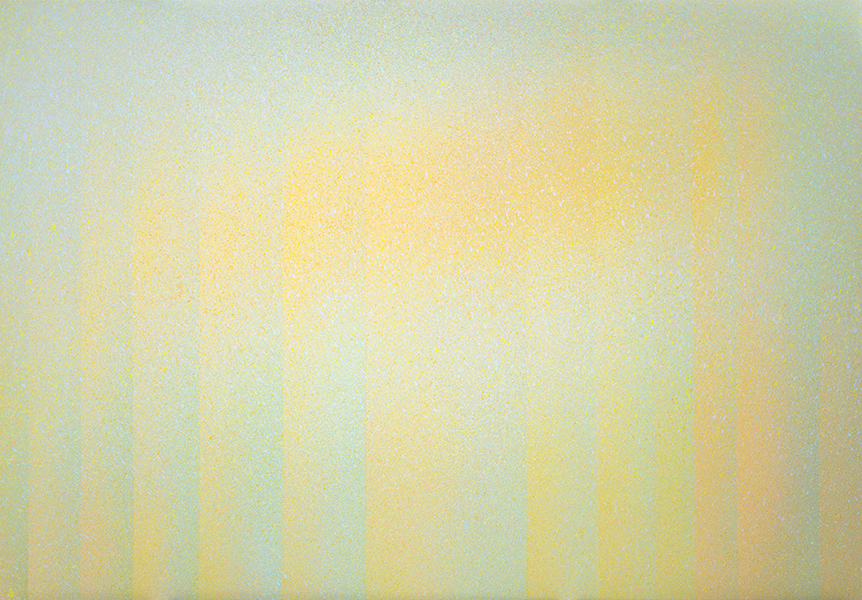 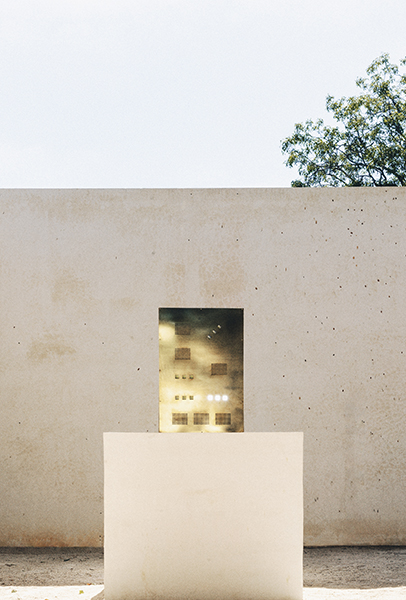 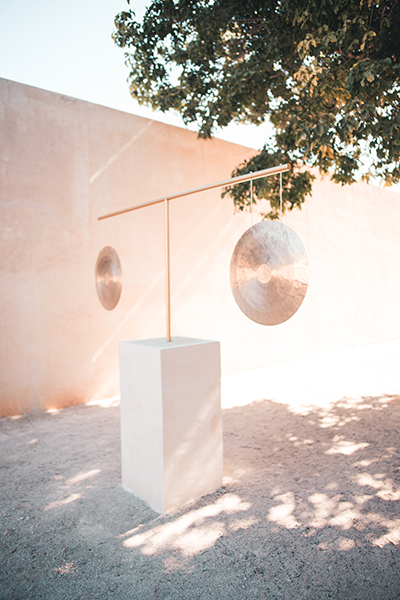 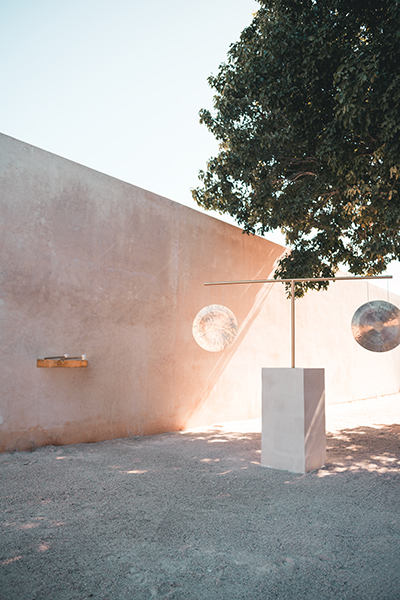 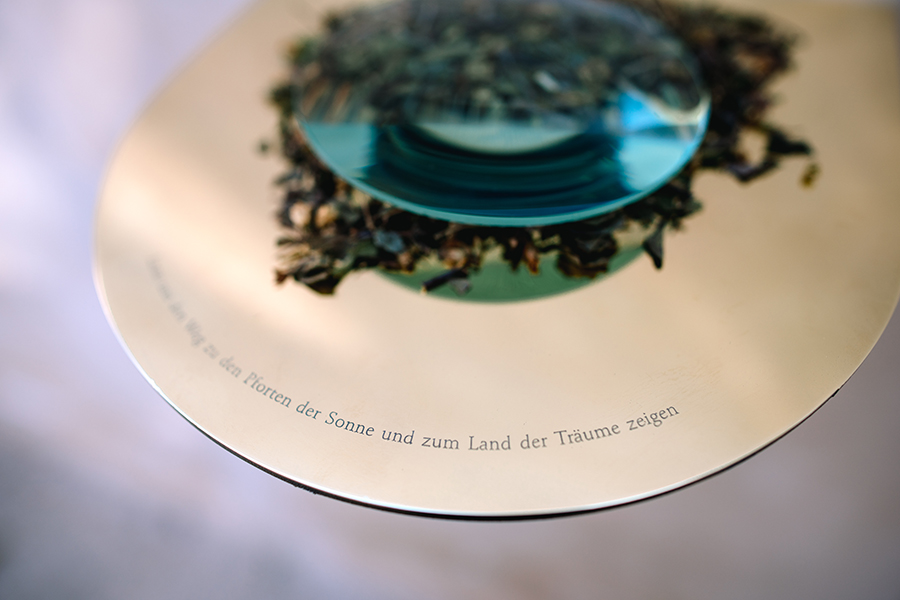 Ana Montiel’s art vibrates, resonates, and performs a kind of synaesthesia, marrying noise and matter, pixel and sound. Indeed, before setting to work, the artist communes with her canvas thanks to a moment of musical and physical awakening. She gathers the colours and applies them carefully with her spray gun. The tints fuse, superimpose, then come to rest. Detail by detail, each grain of colour is adjusted according to a meticulous method of application of acrylics, with some paintings having up to forty sub-layers. The effect is magnetic, in much the same vein as the mystical installations of American artist James Turrell or the meditative velvets of the Italian Ettore Spaletti. With her pictorial works, Ana Montiel opens windows onto a world that topples us and shoves us towards new prophetic dimensions, dimensions of the infinite and unknown.

The artist is interested in the conceptual issues of perception and phenomenology, based on the premise that reality is nothing but a collective and controlled hallucination. Intrigued by neuroscience and quantum physics, she considers herself a “mapper of the unconscious”, producing the Fields series -a multicoloured adventure meant as a tribute to the intangible.