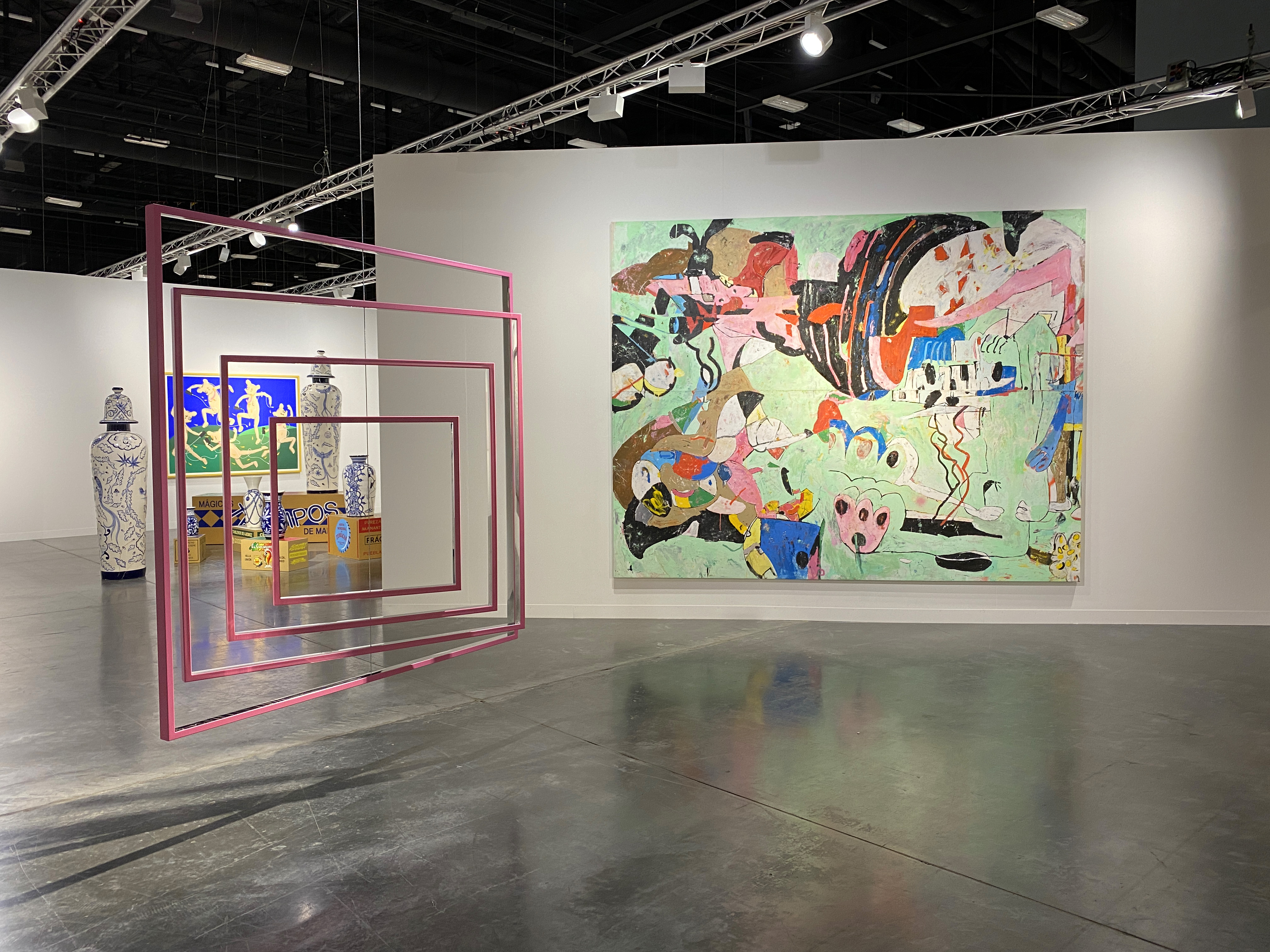 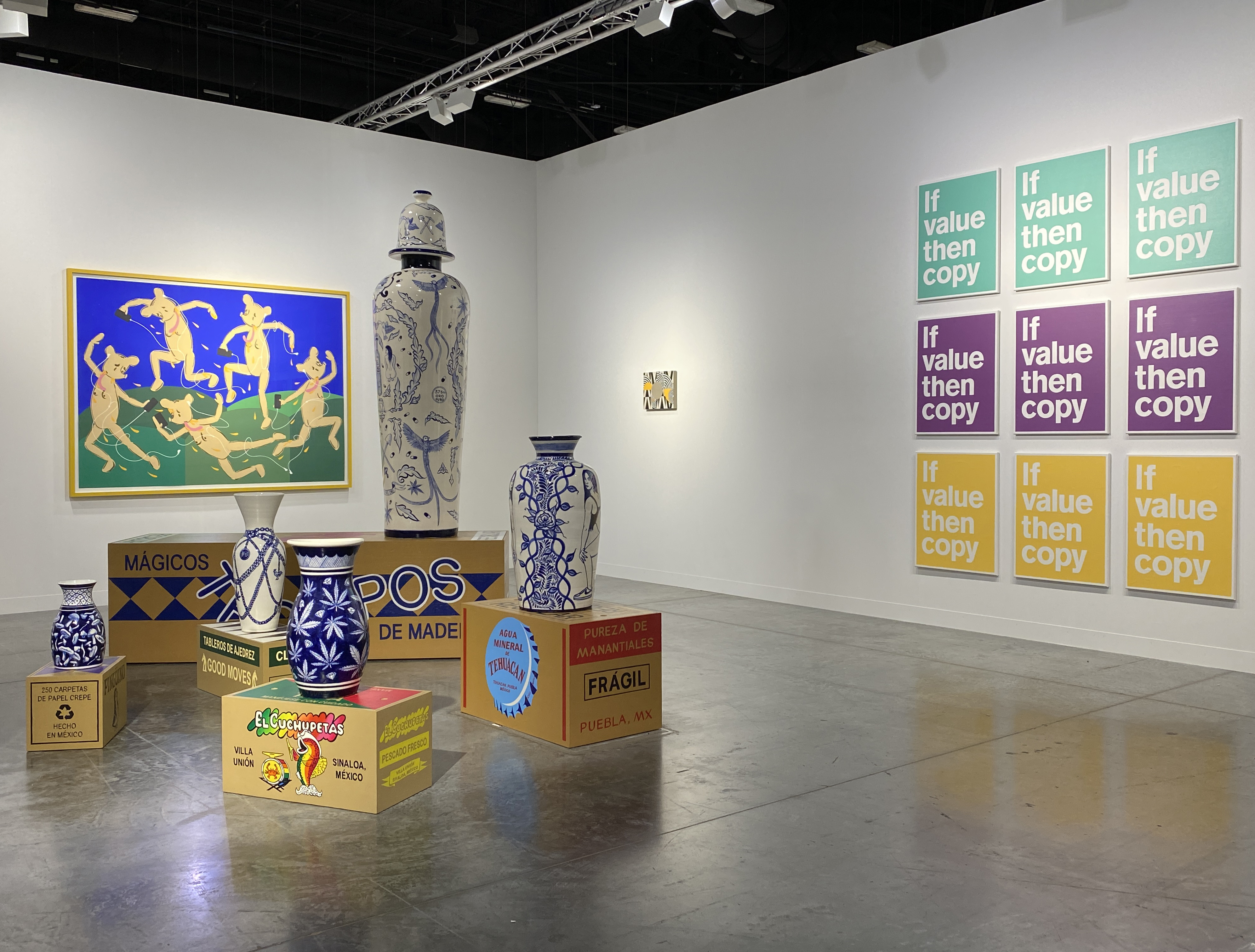 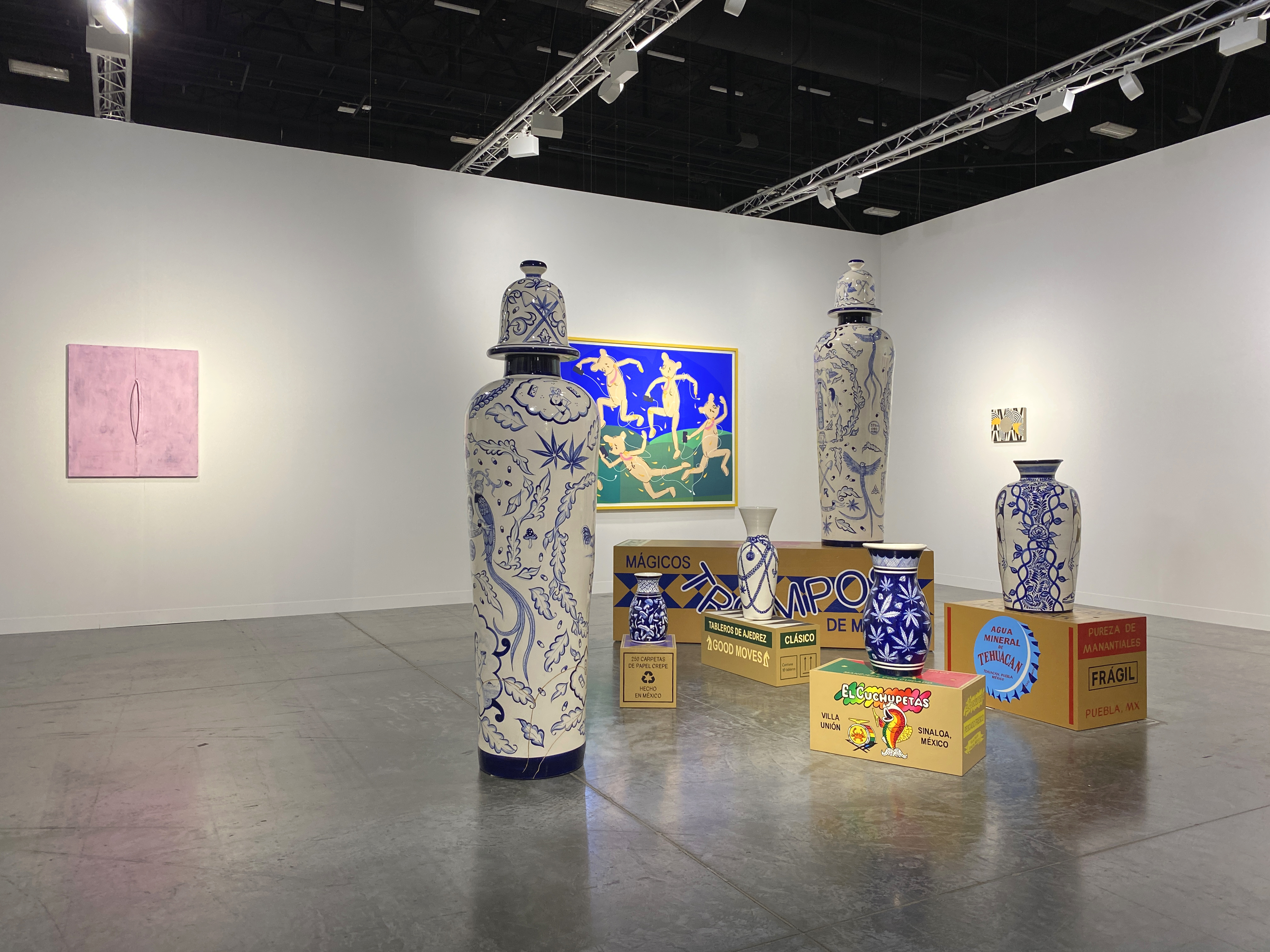 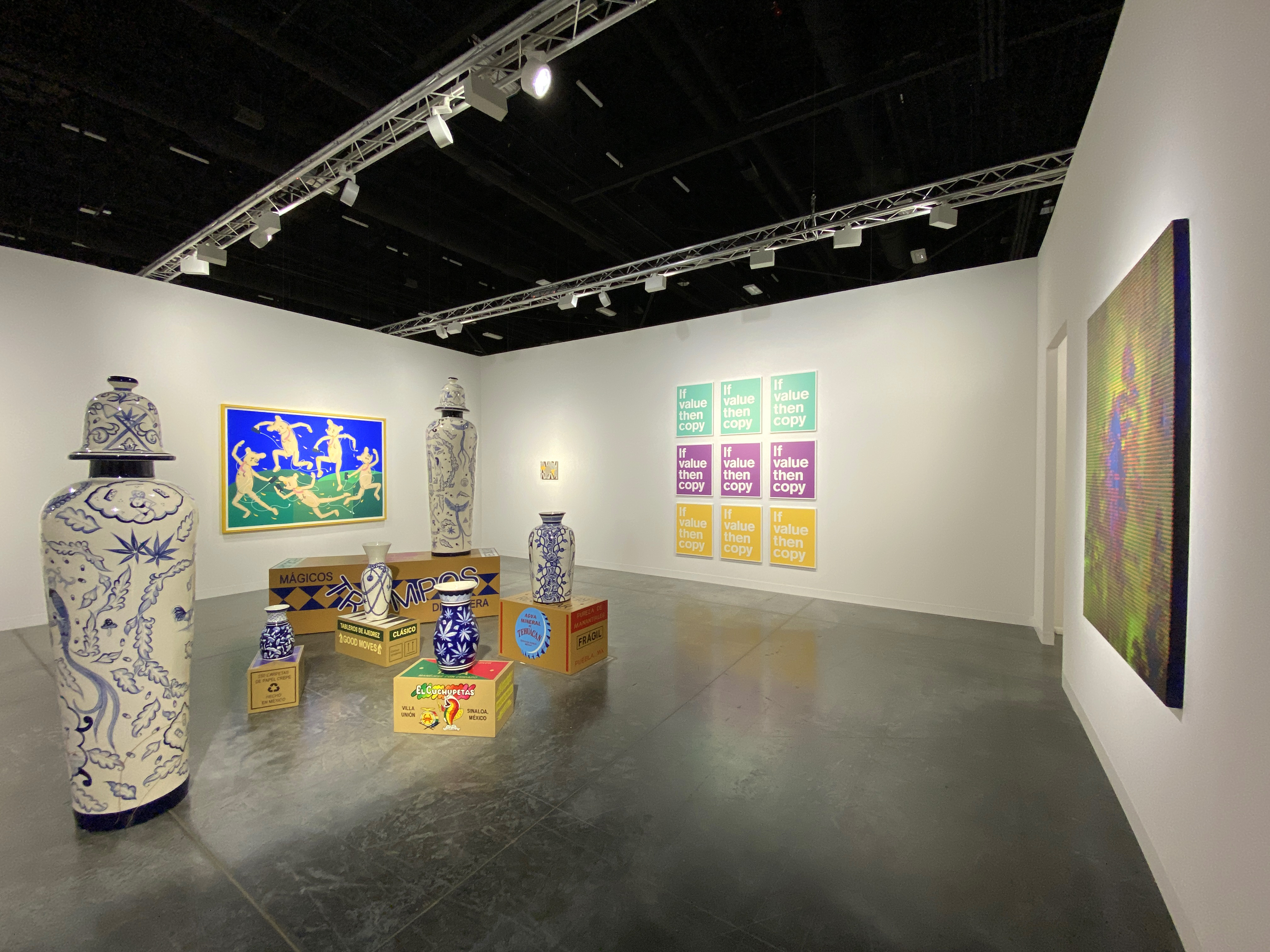 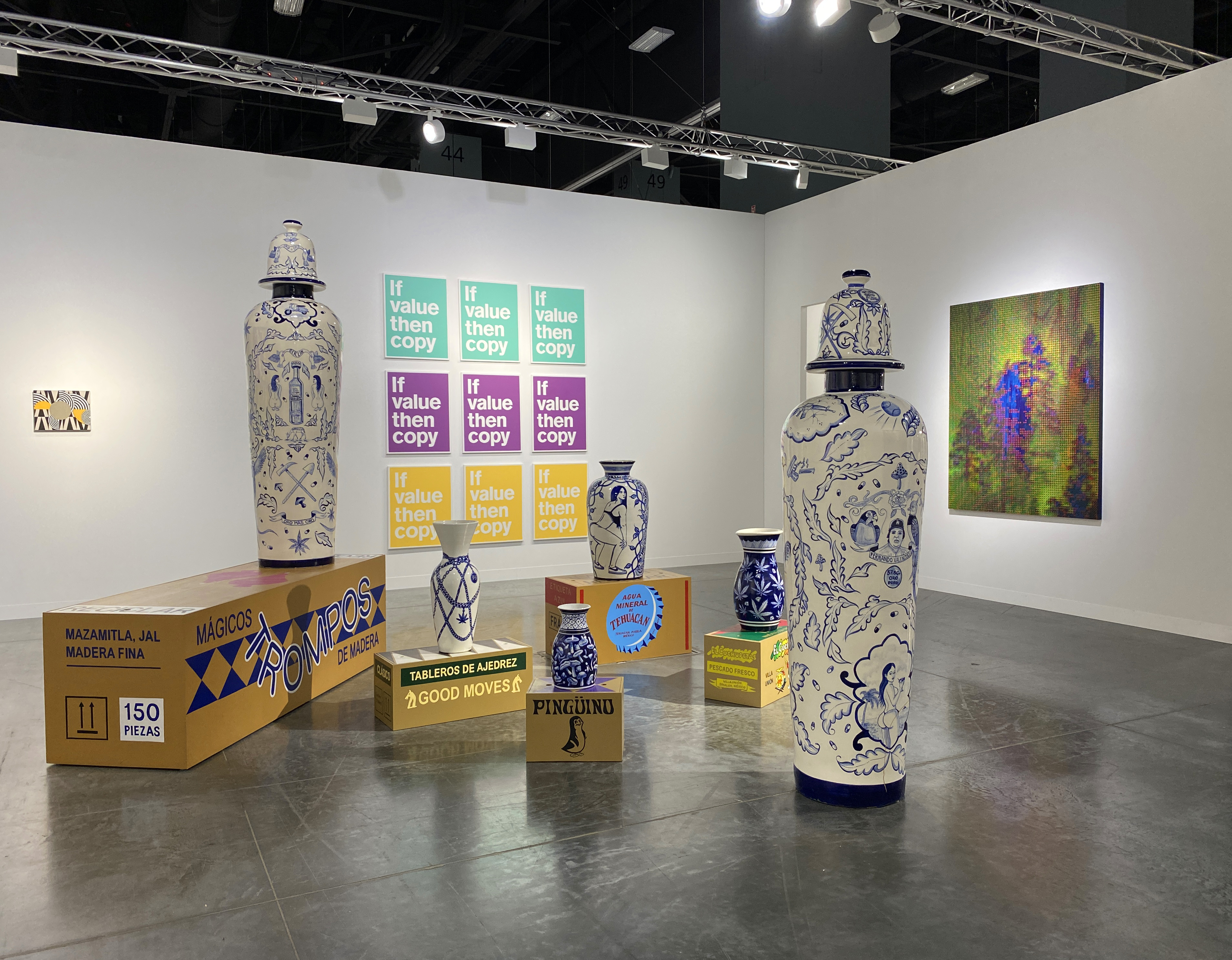 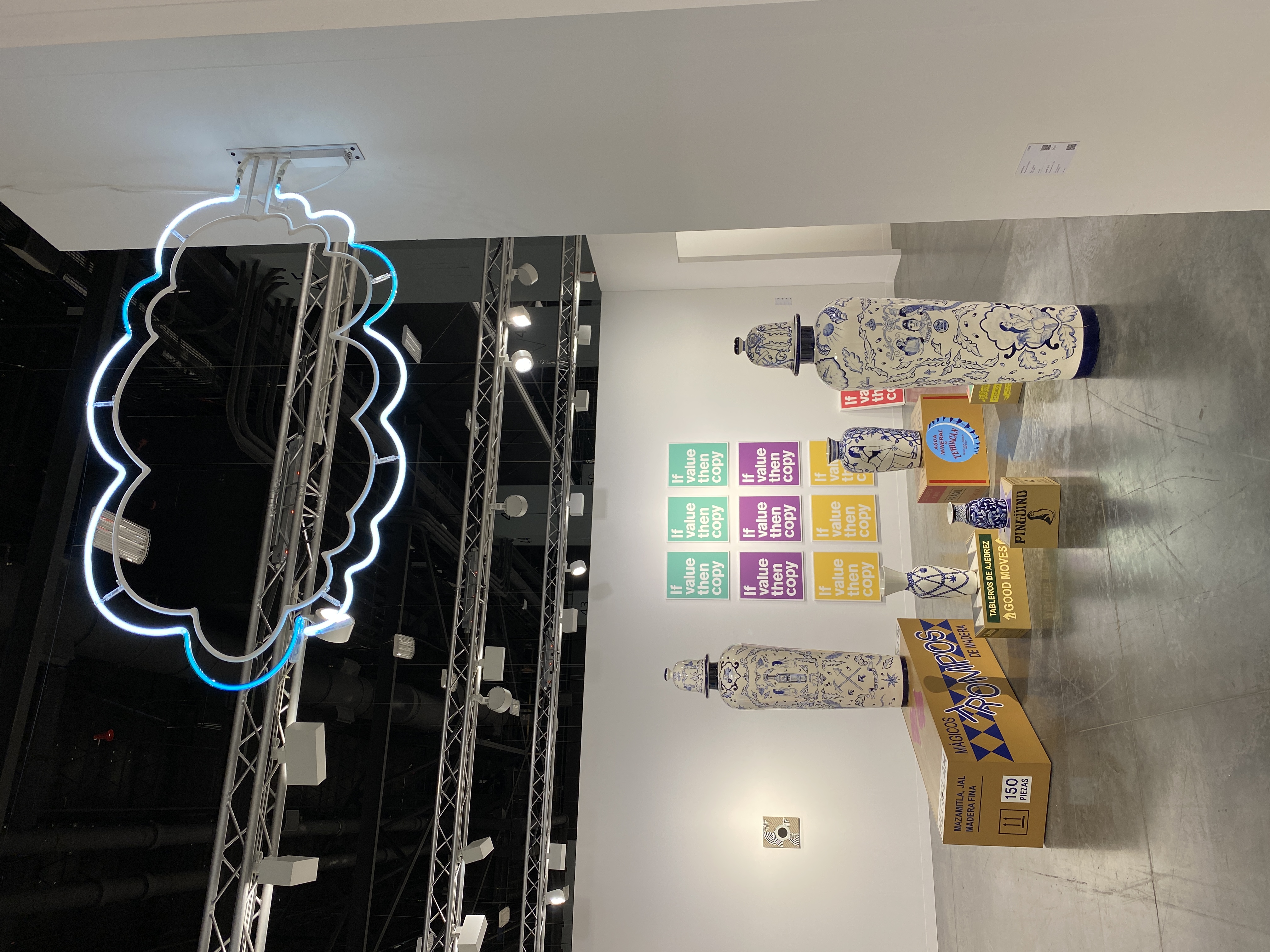 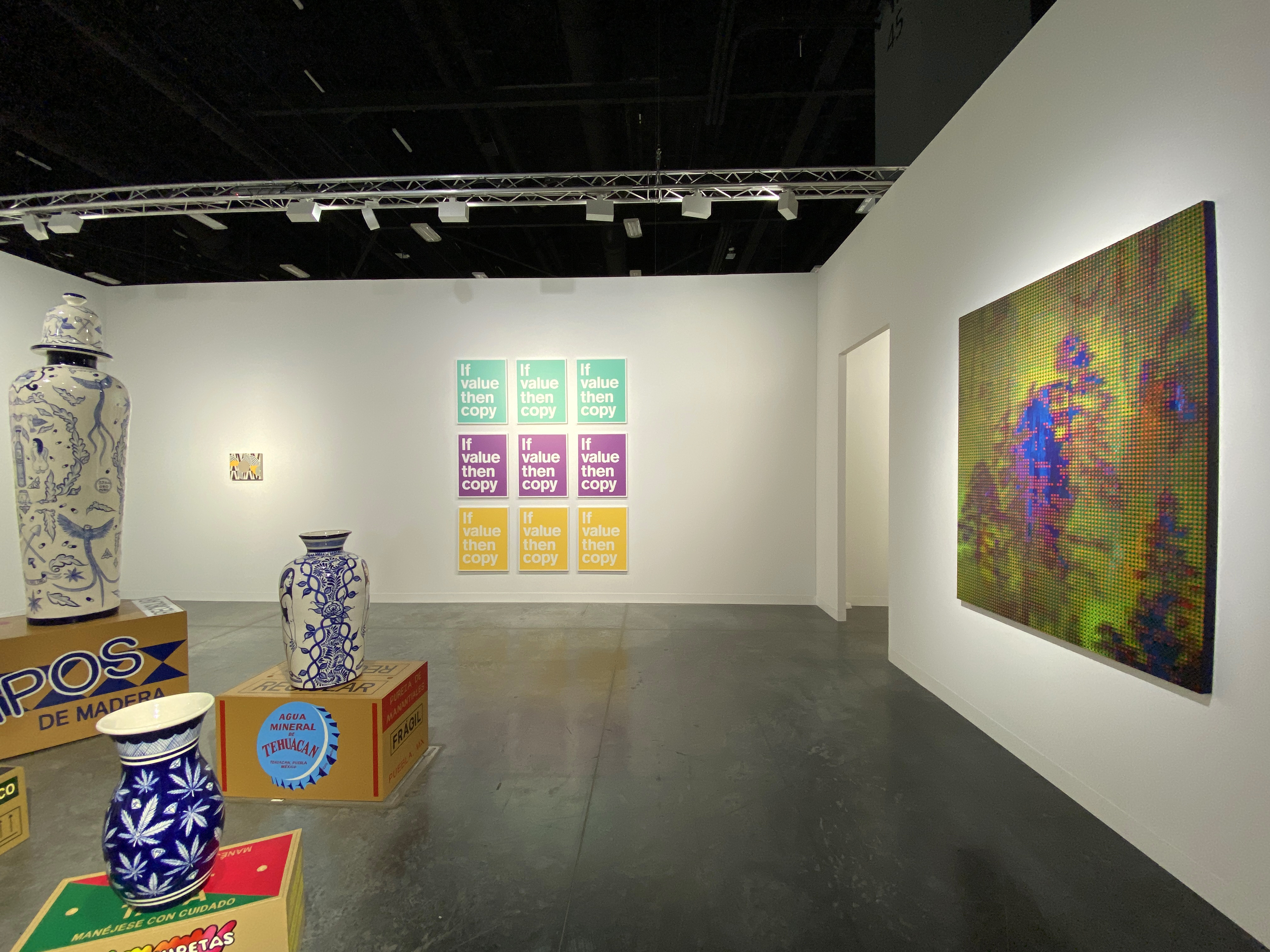 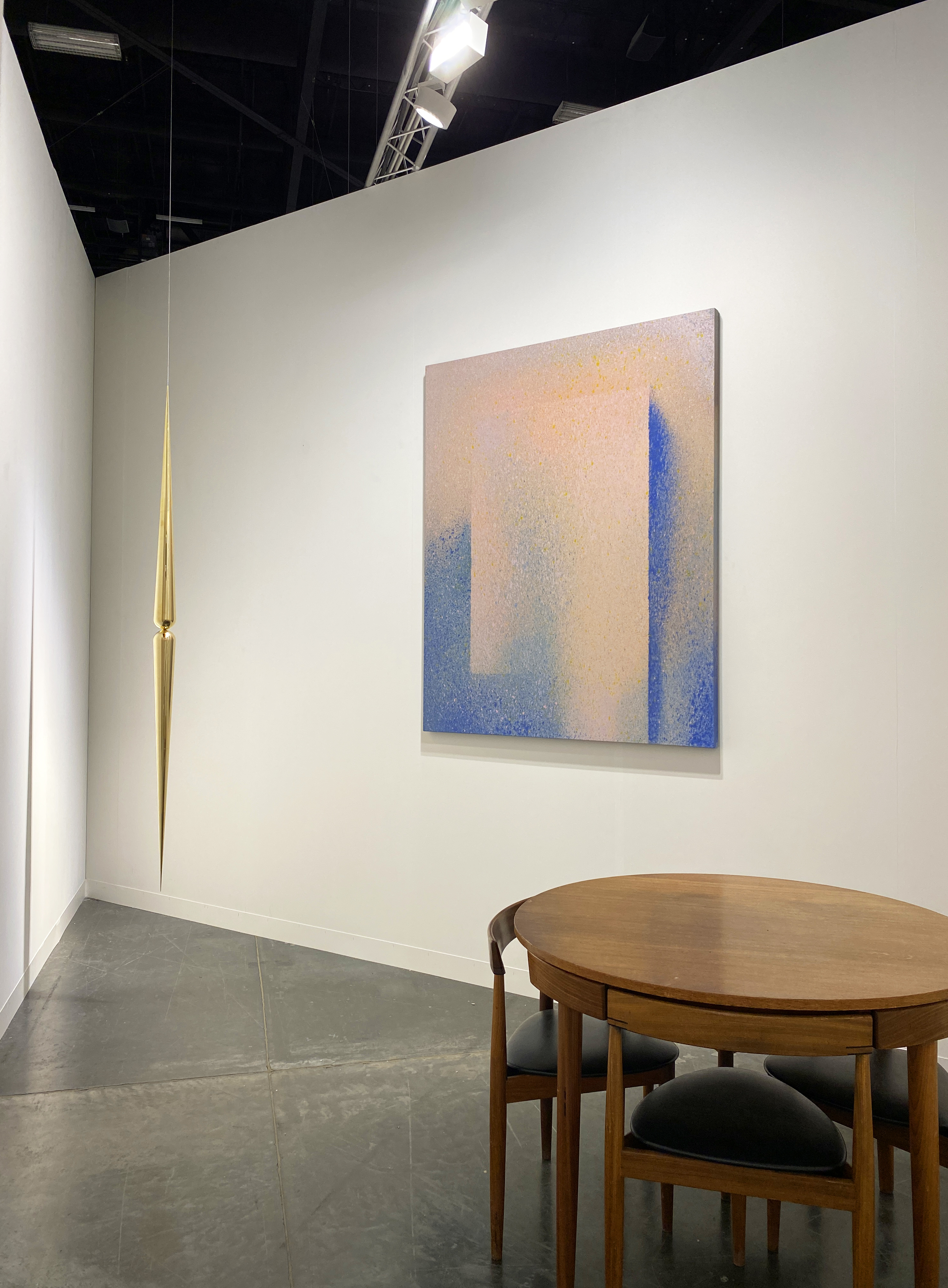 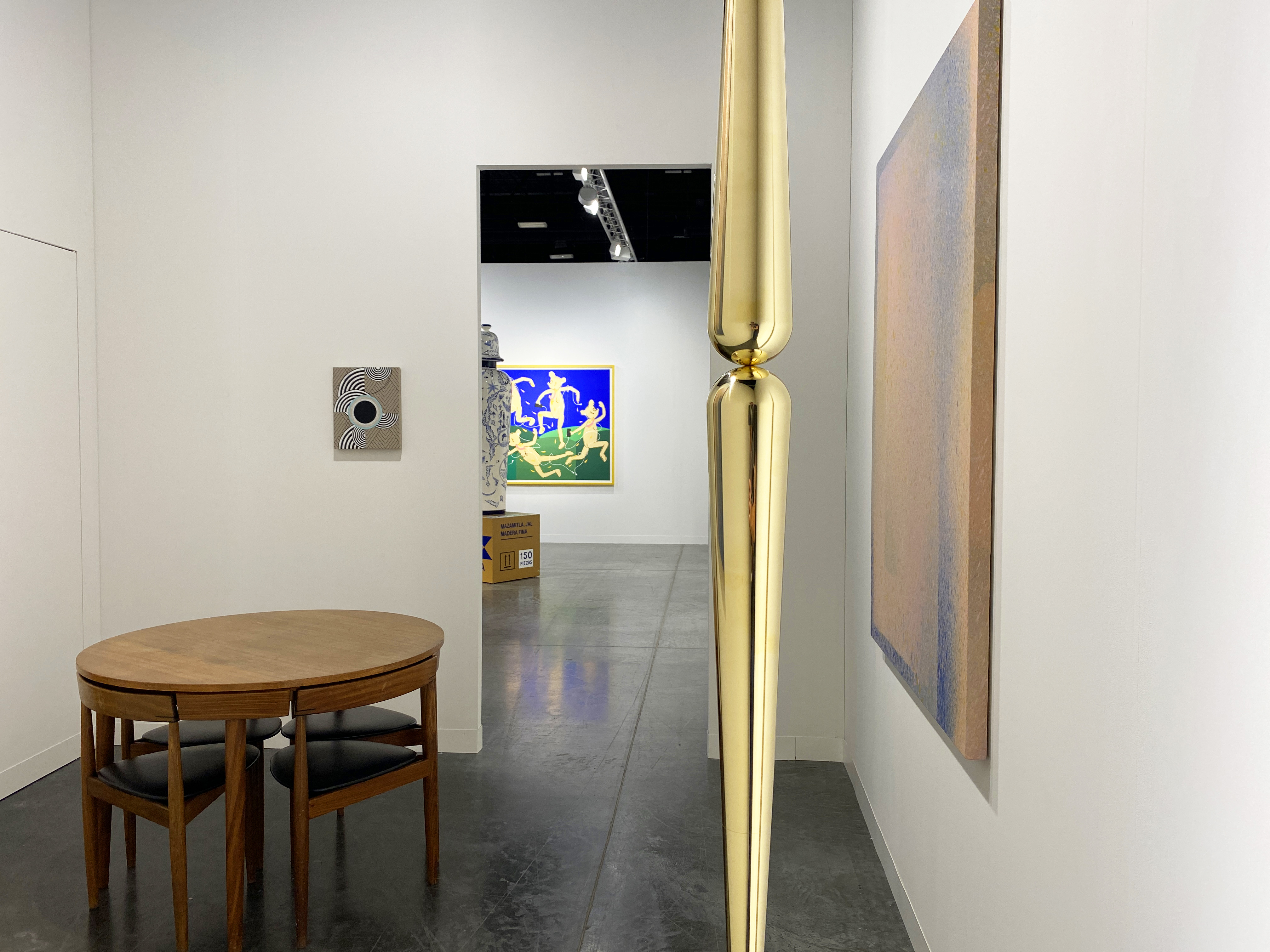 OMR is pleased to return to Art Basel Miami Beach for the 20th consecutive year. Our presentation will showcase cherry picked works by our artists, including paintings by Jose Dávila from his most recent series presented in his current solo exhibition at the gallery, Grava Suelta.

Jorge Méndez Blake’s photorealistic pencil drawings of jungles and ruins highlight the artist’s interest in literature and the library as a place that surpasses its traditional definition.

Pia Camil uses an intervened pair of second-hand denim jeans to present a painting that crosses disciplines – with a nod to the Spatialist works of Lucio Fontana – in which the open zipper appears as a vagina, loaded with feminist and sexual references often found in her work.

Meanwhile, Artur Lescher and newcomer to the gallery, Ana Montiel, offer up meditations on time, space and materiality through works that transcend our consciousness to worlds of phenomena outside our human perception.

London-based artist collective, Troika, have expanded their series of RGB paintings of natural disasters to create canvases of wildfires seen through the lens of CCTV cameras.

SUPERFLEX’s multicolored triptychs If Value Then Copy question the idea of rights to immaterial works and ideas.

In addition, we are thrilled to present three new artists as part of the gallery’s program: Eduardo Sarabia, who will have solo exhibitions at the CAC Málaga during winter and at the Dallas Contemporary in Spring 2023; Simon Fujiwara, who recently inaugurated an exhibition of Who The Bær at the Fondazione Prada Aoyama in Tokyo; and Sebastian Silva, filmmaker and artist whose colorful abstractions in oil on canvas are full of vibrant energy whose subject matter comments upon pop culture under the guise of his witty black humor as he borders themes of racial and political incorrectness, and the innuendos found in children’s animations, such as when dealing with homosexuality or representations of love and sex.