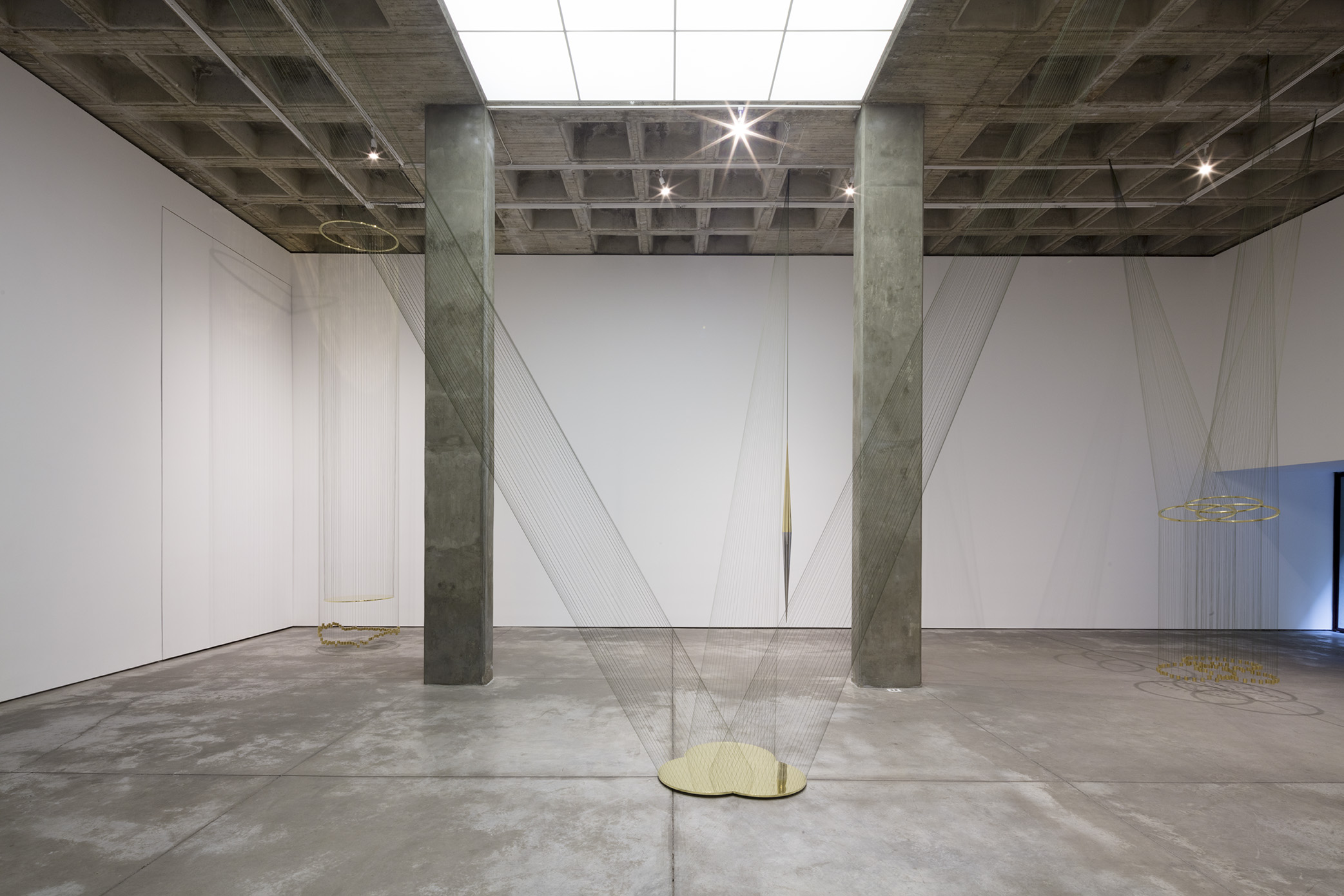 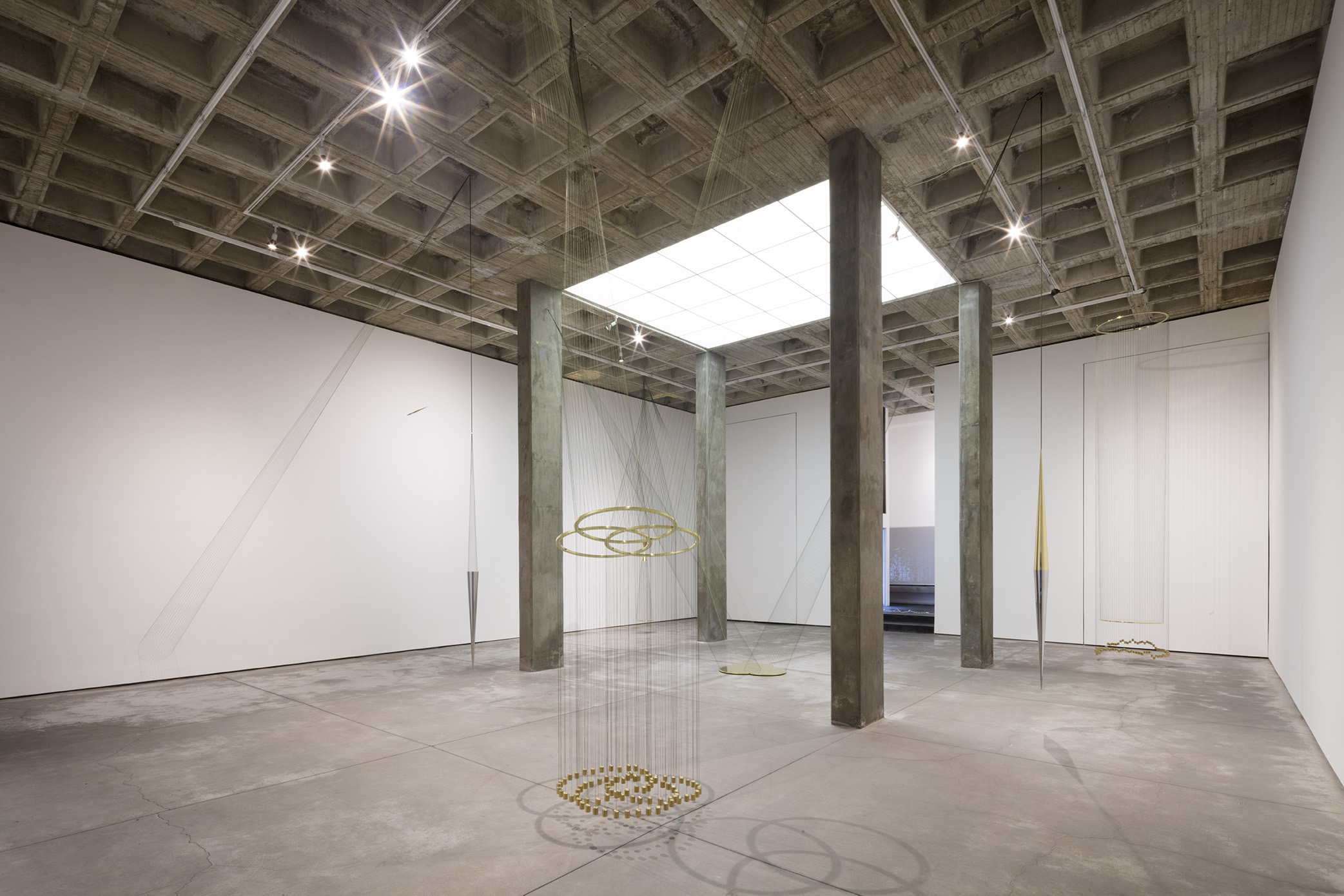 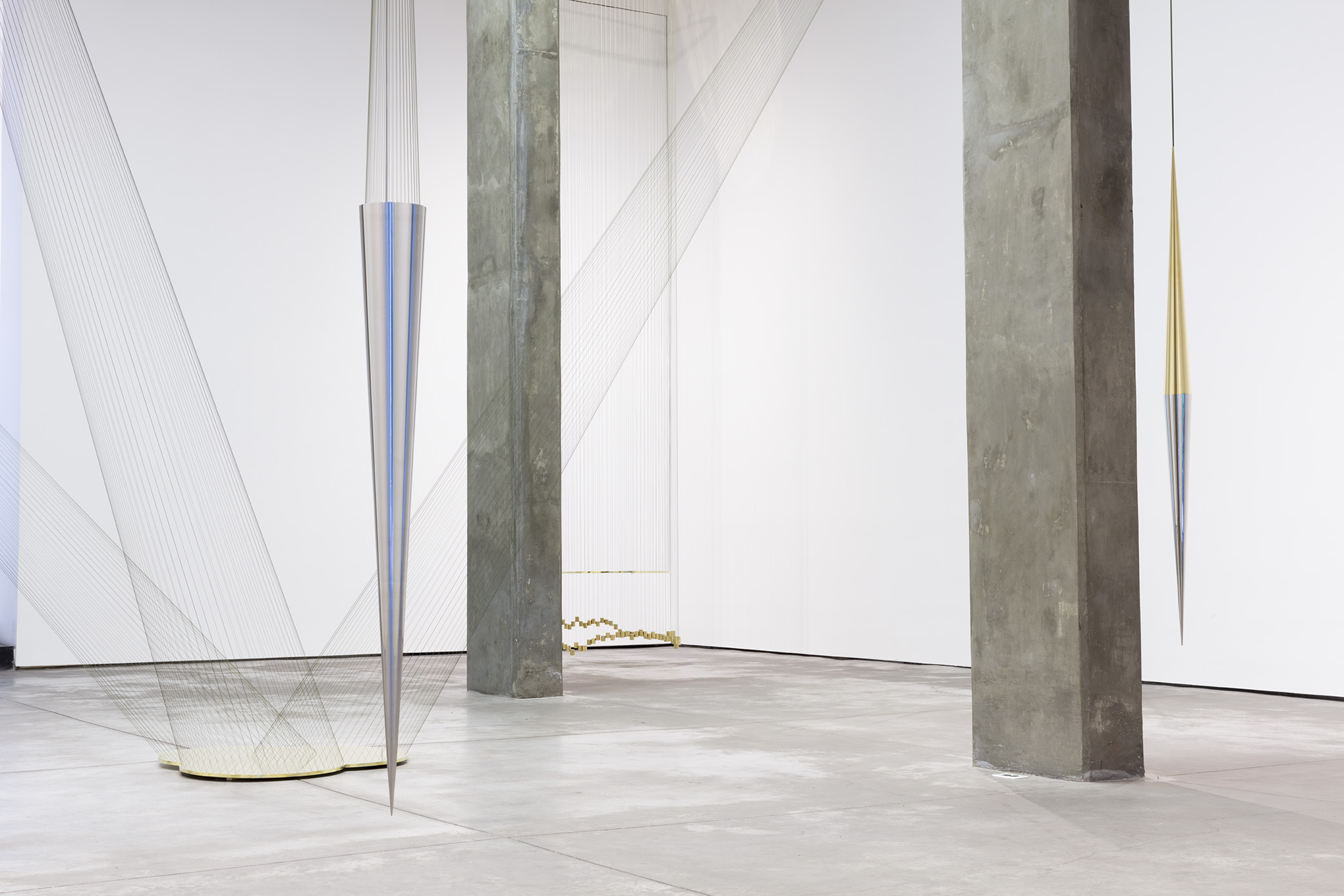 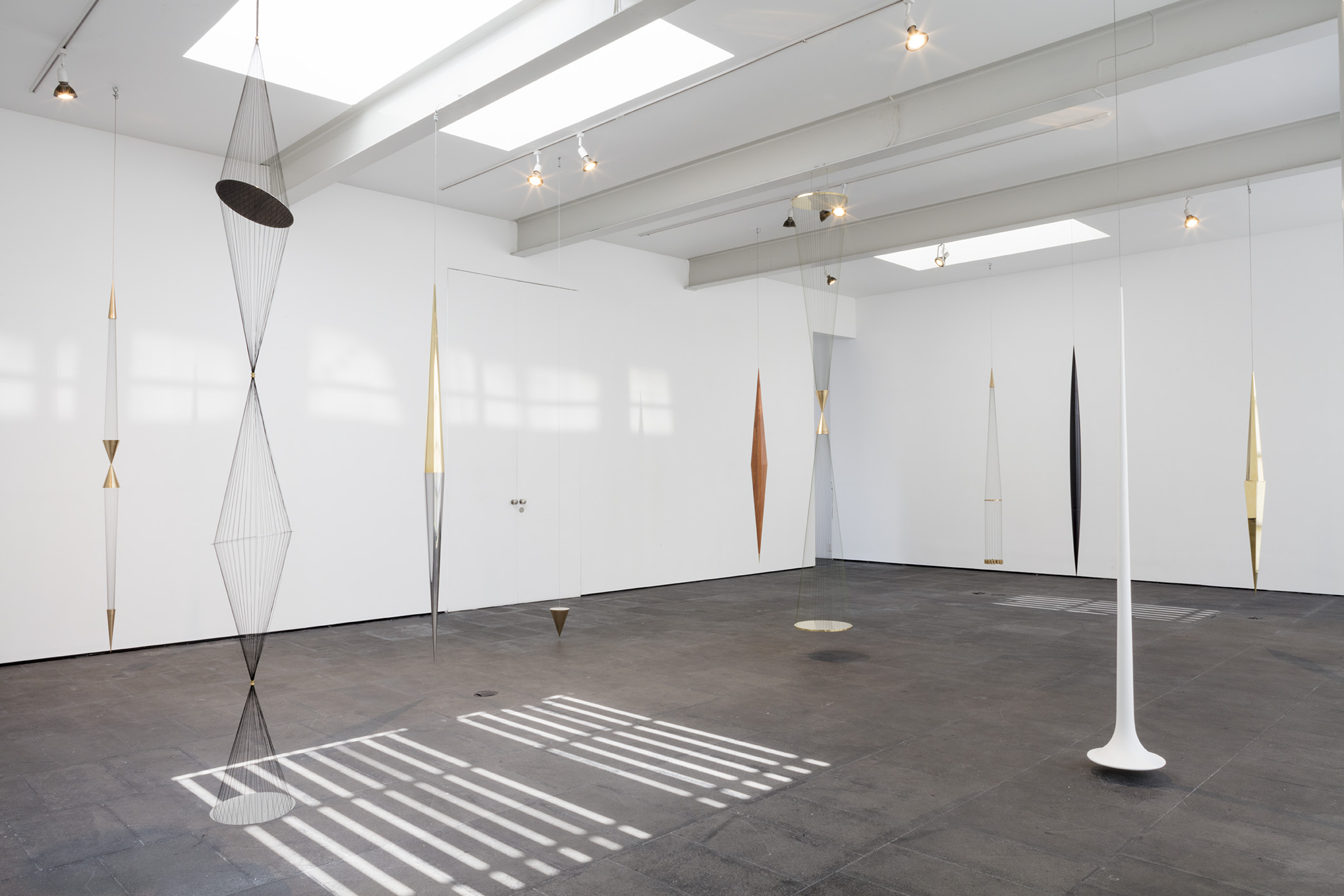 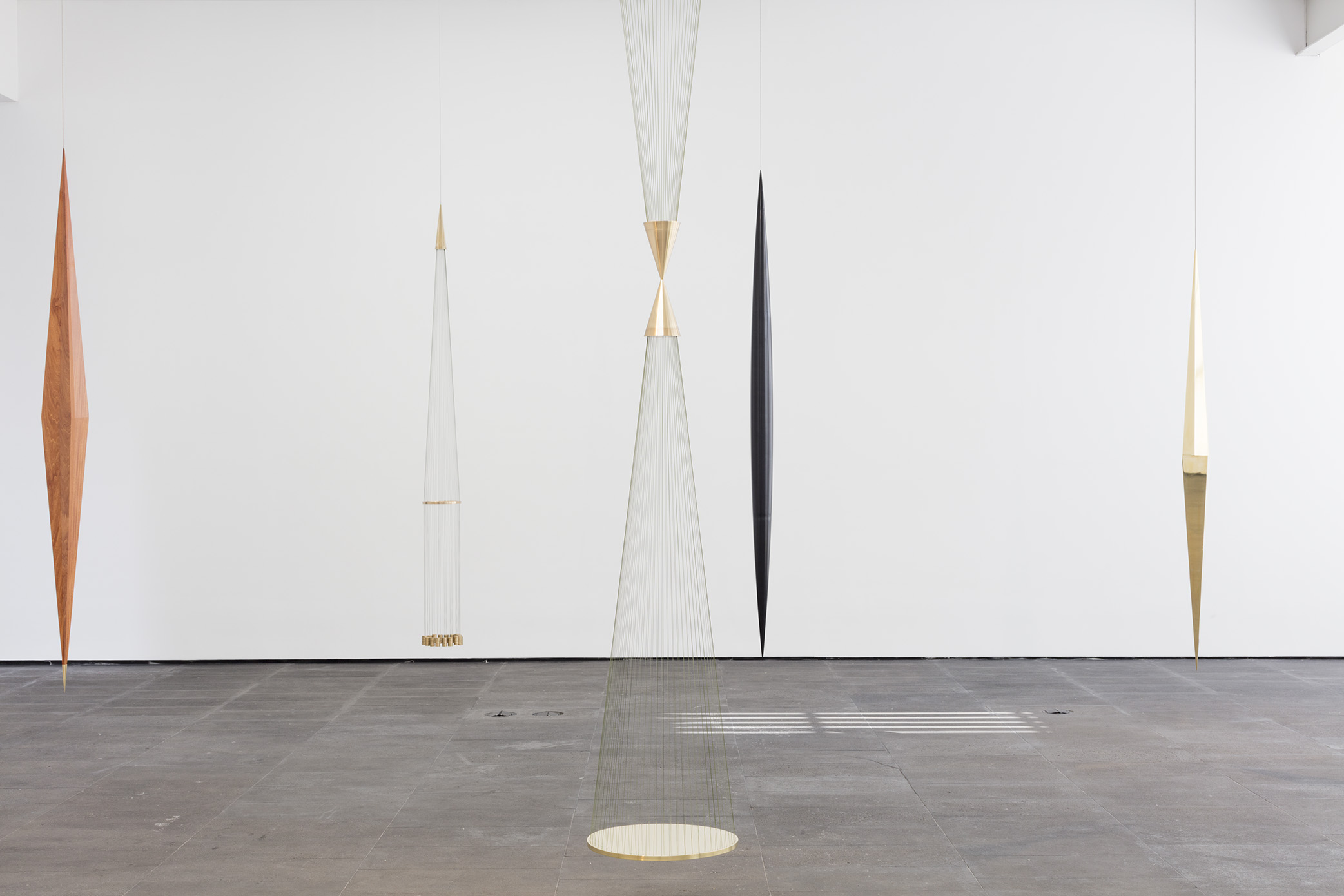 Asterismos /as-tuh-riz moz/ plural noun a prominent pattern or set of stars that, seen from the Earth’s sky, seem to form a recognizable geometric figure. Unlike a constellation, they have no official recognition by the scientific community.

Since the beginning of his practice at the age of twenty-two years old, artist Artur Lescher (b. 1962, São Paulo, Brazil) has worked with geometrical forms and the composition they assume when staged in dialogue in a specific architectonic space. Presenting his third major solo show at OMR gallery entitled Asterismos, Lescher turns the white-cube into a new cosmic space inspired by the idea of ‘asterismo,’ a place undecipherable by science. Indeed, such a term differs from ‘constellation,’ mostly in that, while the latter is an officially recognized area of the sky, asterismos do not have officially determined boundaries.

For this occasion, the artist presents a series of pieces specifically conceived for the first floor space of the gallery. The main installation is composed of various geometrical forms; cylinders and cones made of brass, fishing wire and stainless steel are merged into a unique ensemble – they disappear in their singularity to become a new form that is impossible to describe through the lexicon of geometry and architecture. In the same way, asterismos play in a space of the uncertain and incalculable.

In Lescher’s words, “the materials are actors;” he merely listens to their intrinsic energy and lays out a stage for them to express their vocations and potentialities when combined in a dialogue, not only with the space they are posed in, but also when they communicate between each other. Geometrical forms, when put in dialogue as an installation, create a fictional space of a sky. While, indeed, as spectators we pass through them in a terrestrial space like the ground floor of the gallery, their ancestral energy escape the confines of the room to fly until they reach the incommensurability of the sky.

Through the use of geometry, architecture and materials, Artur Lescher does not follow the prescribed objective dictionary of scientific knowledge, but instead reveals its inconsistency by simply re-articulating the elements – like the basic geometrical forms that compose its rigid lexicon. Lescher’s main installation gives us tools for making different compositions and implores us not to give for-granted narrations constructed only by conventional disciplines. When we walk through those celestial entities, there is the possibility to make an alternative and fictional discourse to alter reality. A reality that constantly moves, even imperceptibly, like the hanging objects presented in the upper gallery floor where different pendulums create an imaginative forest, one that we can only see if we recombine elements into a new narration from the unstable, the uncertain, and the immeasurable.