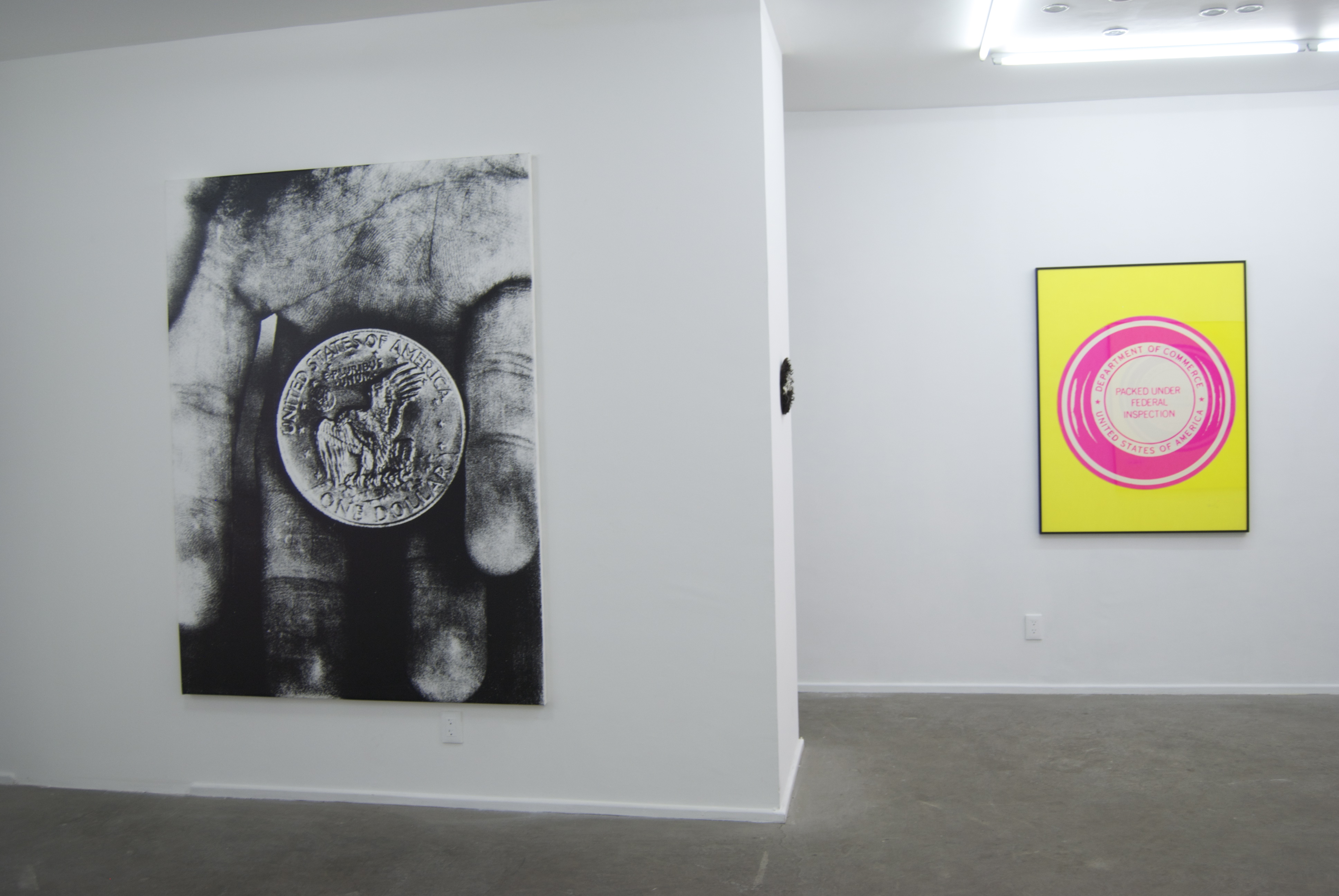 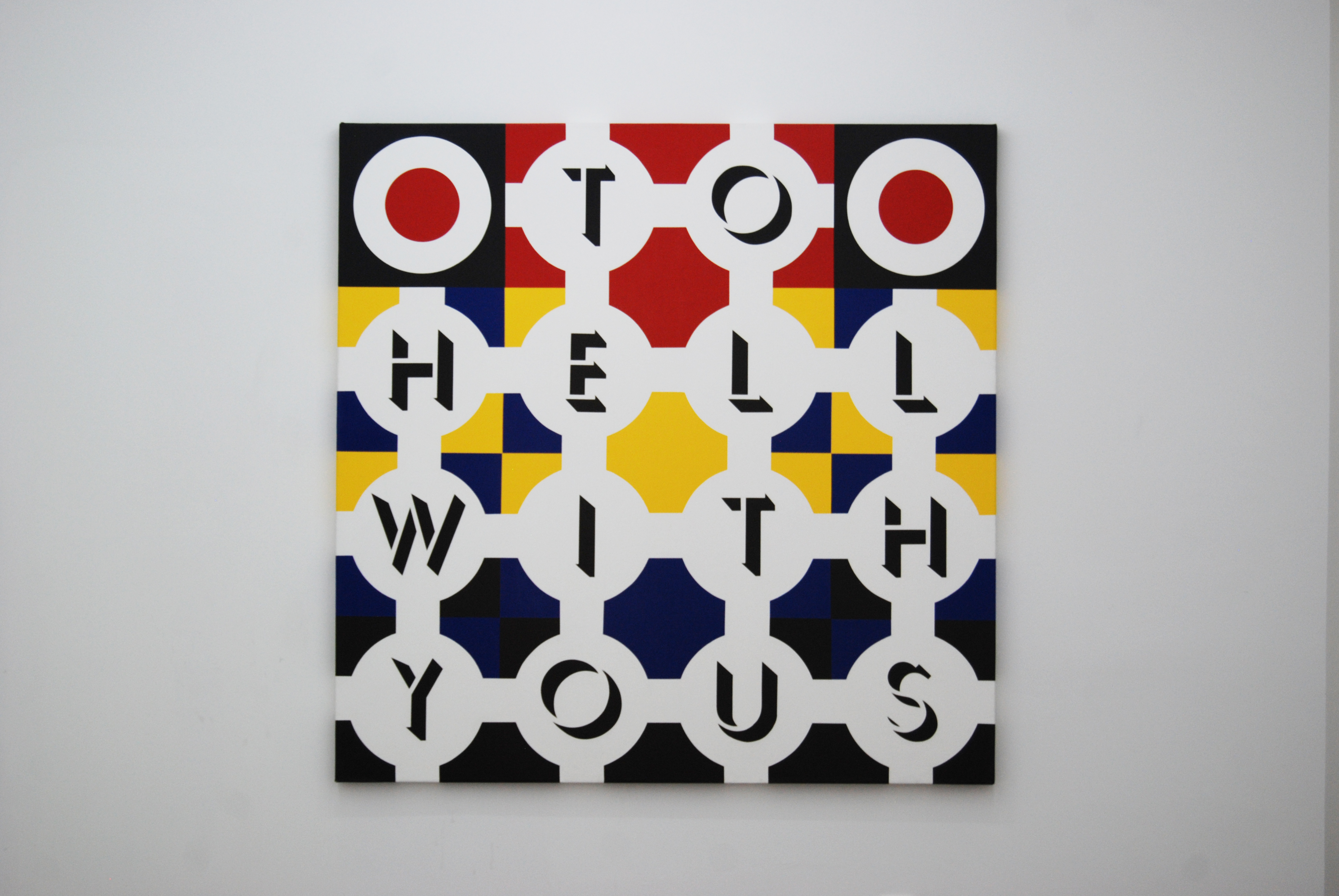 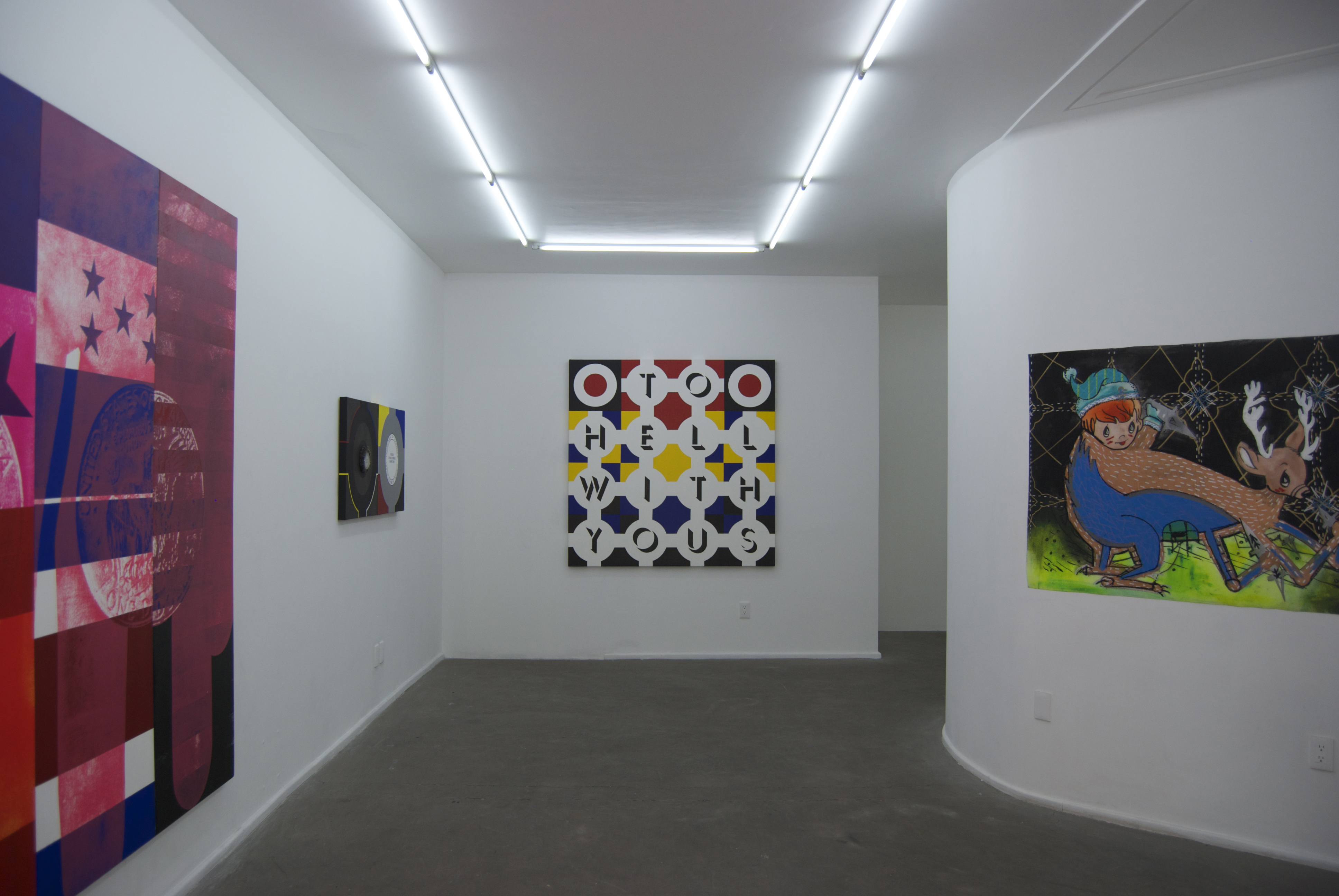 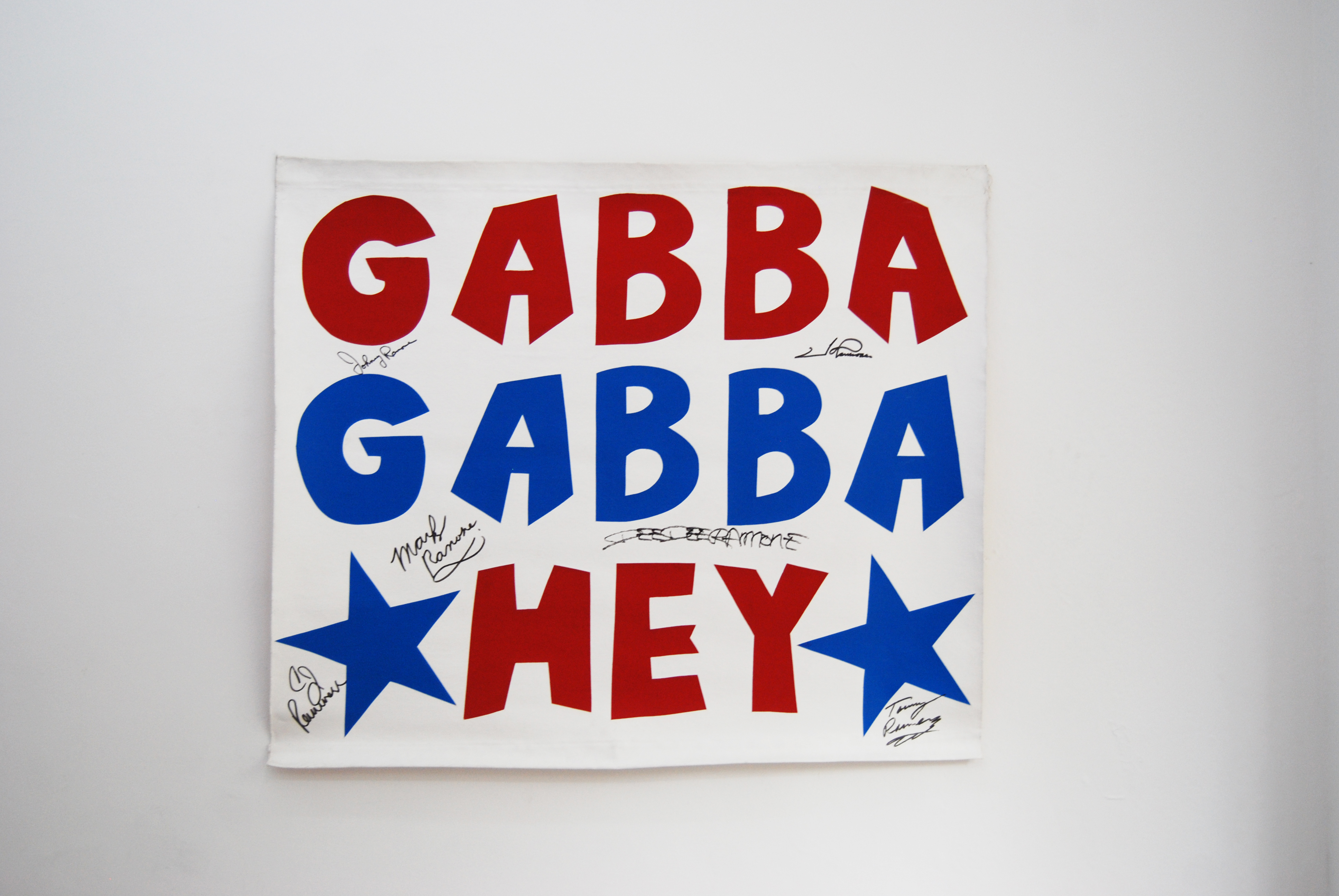 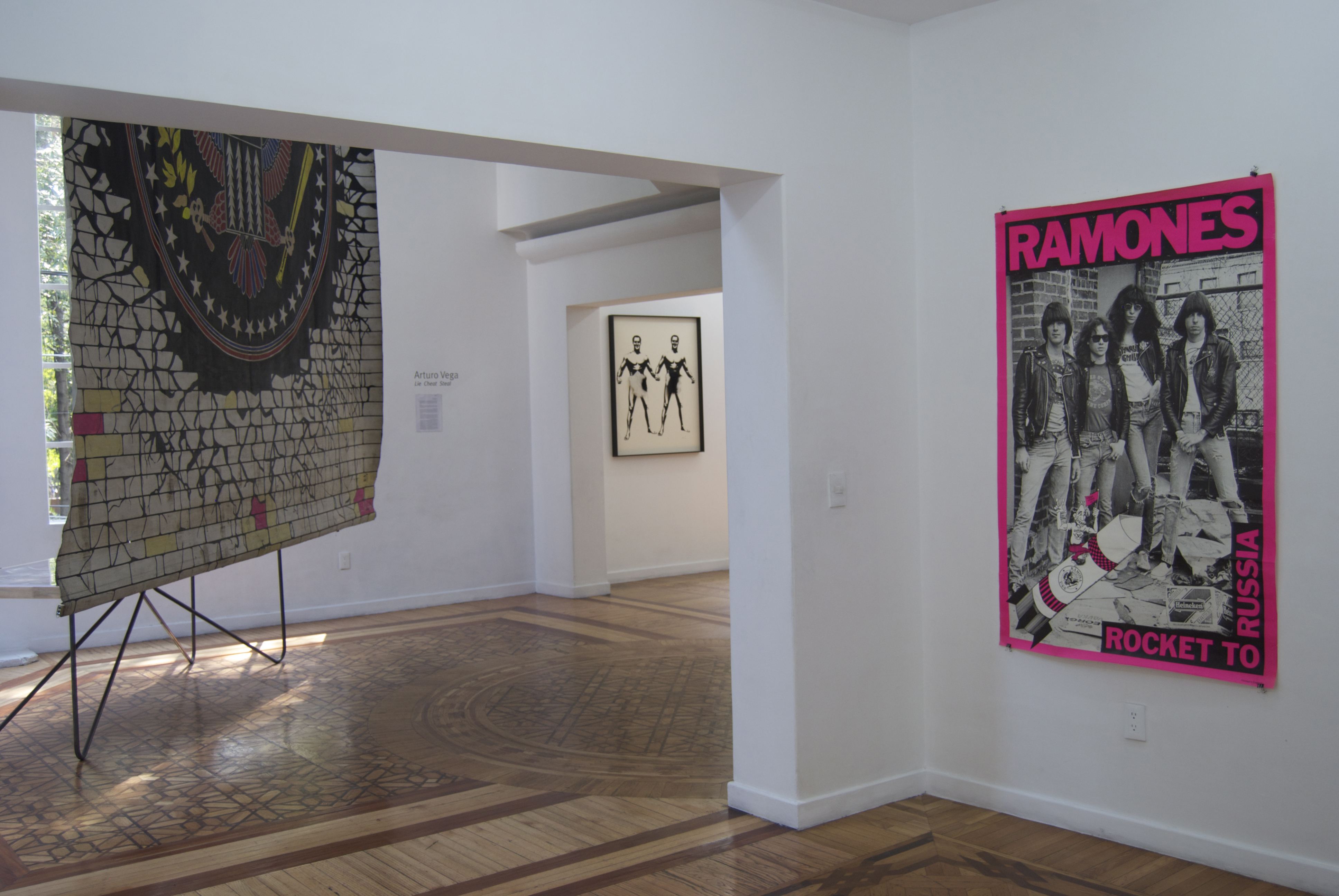 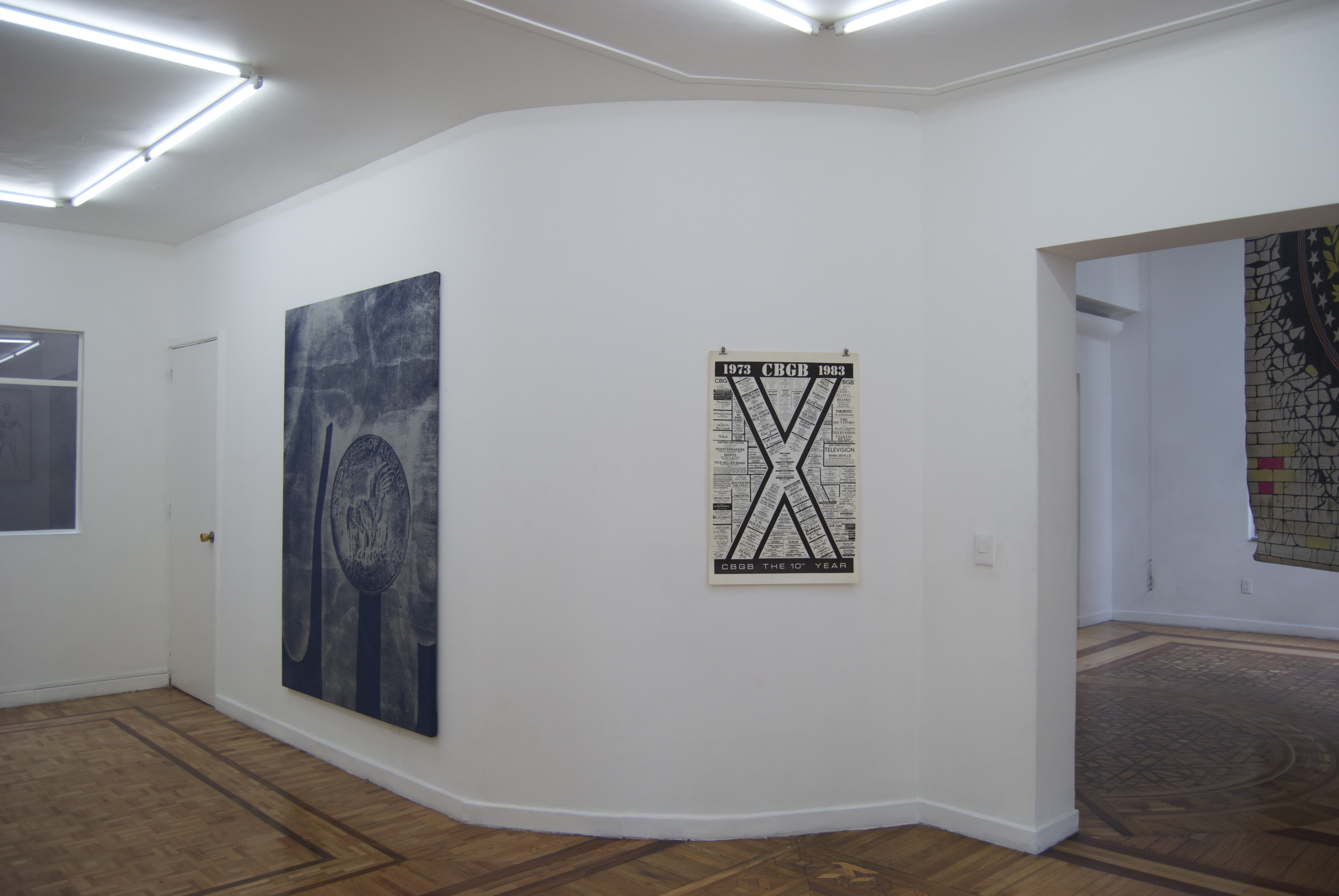 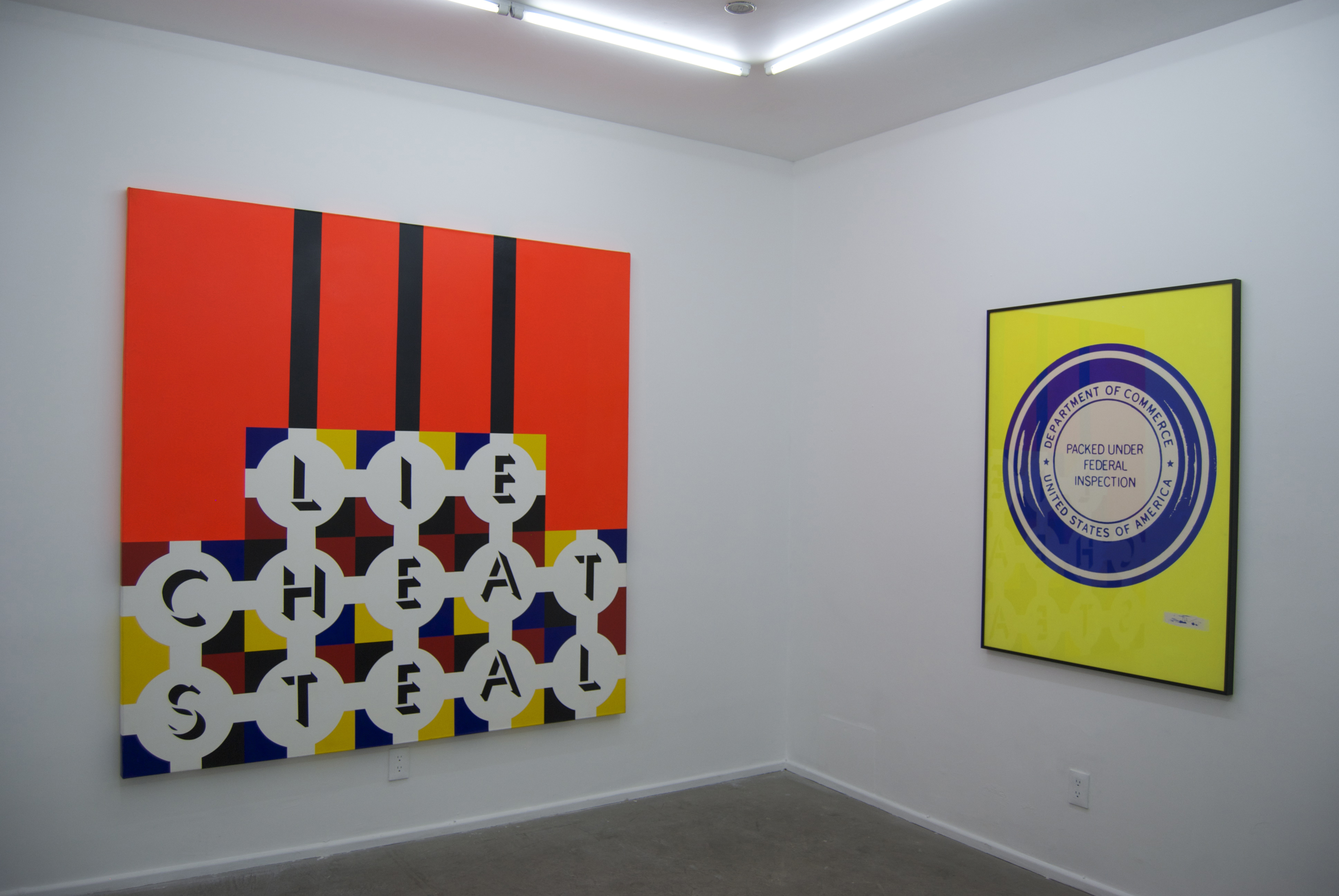 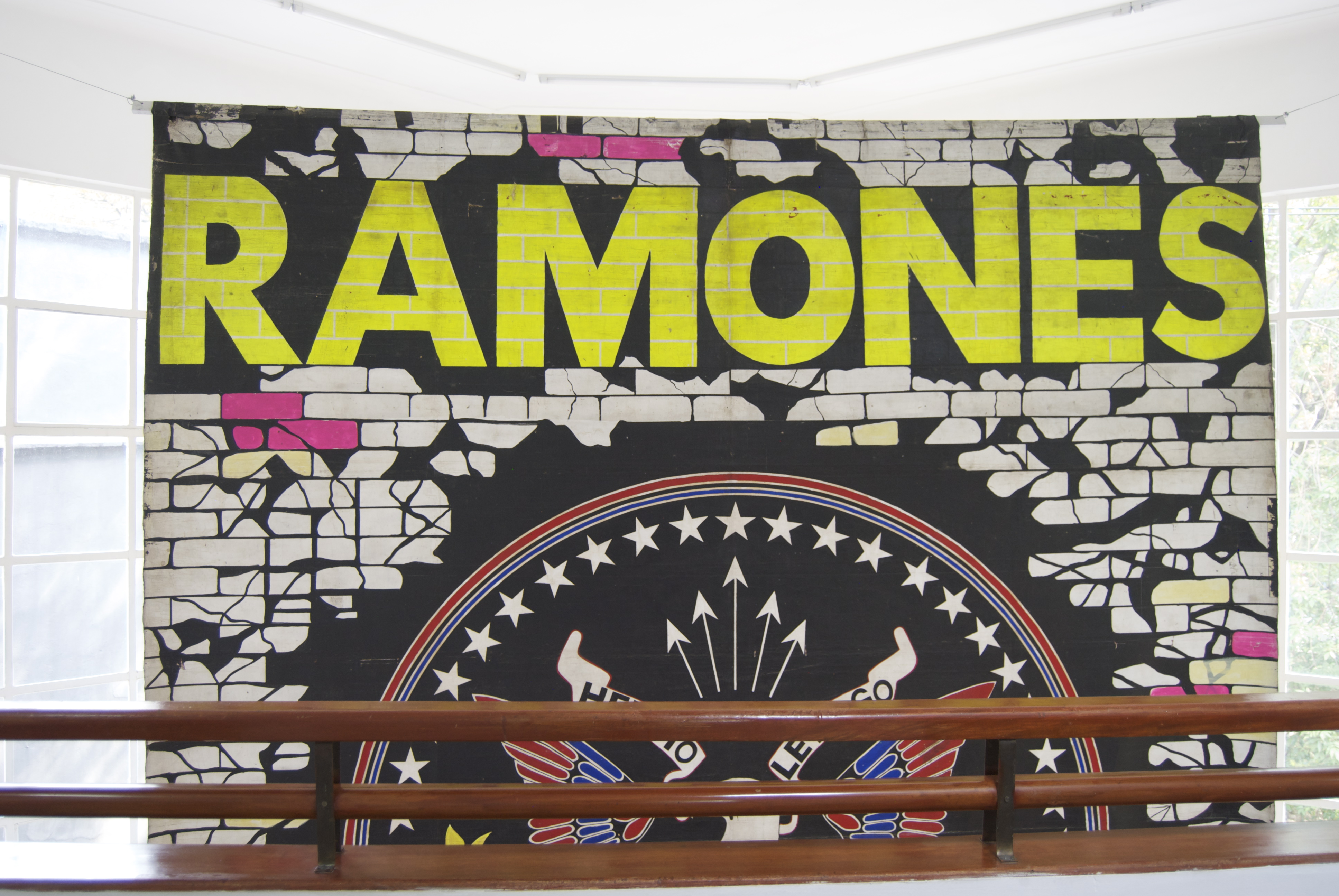 “Rock shaped my life much more
than any single visual artist,
creating images was an artistic activity,
but music was my life.”

Music, as well as the complexity of life, inspired Arturo Vega’s (Chihuahua, 1947) creative process , whom resides in New York City since the seventies. Lie Cheat Steal is the title of his first solo exhibition, taking place in Mexico City where he is presenting a diverse gamete of works intimately linked to his life experience, collaborations and coincidences, and stating a declaration of a free-spirited and strong-willed character.

The seventies were a time raging with the Punk movement, and submerged in the raise of pop art. The Ramones, Patti Smith, and Andy Warhol all emerged in a time of sexual, social and creative liberation, where the CBGB acted as its predetermined center, tainting the atmosphere with a sense of rebellion.

Influenced by North American pop art, Arturo Vega, began to paint. While working, he would leave the door to his flat wide-open, blasting music that penetrated even the quietest corner. One day, driven by curiosity, Dee Dee Ramone, whom had been visiting Arturo Vega’s female neighbor, entered his loft. This instance marked the moment of the beginning of a thirty-year collaboration between Vega and the Ramones. Some of Vega’s pieces such as Supermarket Sign, Seal of the Department of Commerce and Charles Atlas, date back to the beginning of the seventies.

The Guardian of the Ramones

Vega is part of the Punk movement, collaborates with the Ramones, both as friend and art director and also was responsible for the iconic logo of the band, as for supervising the design of the disk covers, producing the t-shirts that later acted as a strong link between the band and its followers. Parallel to this, Arturo Vega created a series of paintings, imprinted with irrelevant and honest text fragments in a cocktail of insults and mystic thoughts. These were painted in primary colors as a way to ponder upon the crudeness of the society he was a part of, provoking in the spectator uncertainty and ambivalence.

Arturo Vega, Liberty above all

Arturo Vega declares that everything that makes him free also makes him happy. He believes music to be the primary and utmost revolutionary force to cause changes in societies. In his work he underlays a critique of the capitalist system, and the lack of awareness in the consequences that fell upon us by subscribing to this specific social system. In this time consumerism had stopped being solely mercantilist, and gave way to an unlimited image reproduction devoured by societies with the same intensity as drugs, sex and music. The series of Silver Dollar and Flags as well as the emblem of the eagle in the logo of the Ramones are a direct reference to monetary dominion, competition and nationalist symbols concepts that ideally one day would be substituted for cooperation and comprehension. The artist represents this other possible state of being through the series Minimal Nihilism and Mondrian Windmill.

There is a rebellious and seductive appeal in the works of Arturo Vega, which defy the status quo, and at the same time promote the questioning of ideals through music, reflection and creation. His artworks plays with the concepts of good and evil, submerging themselves in a mystical perspective, flourishing out of aspects of his life, in a cause to maybe change the perception we have of the world.