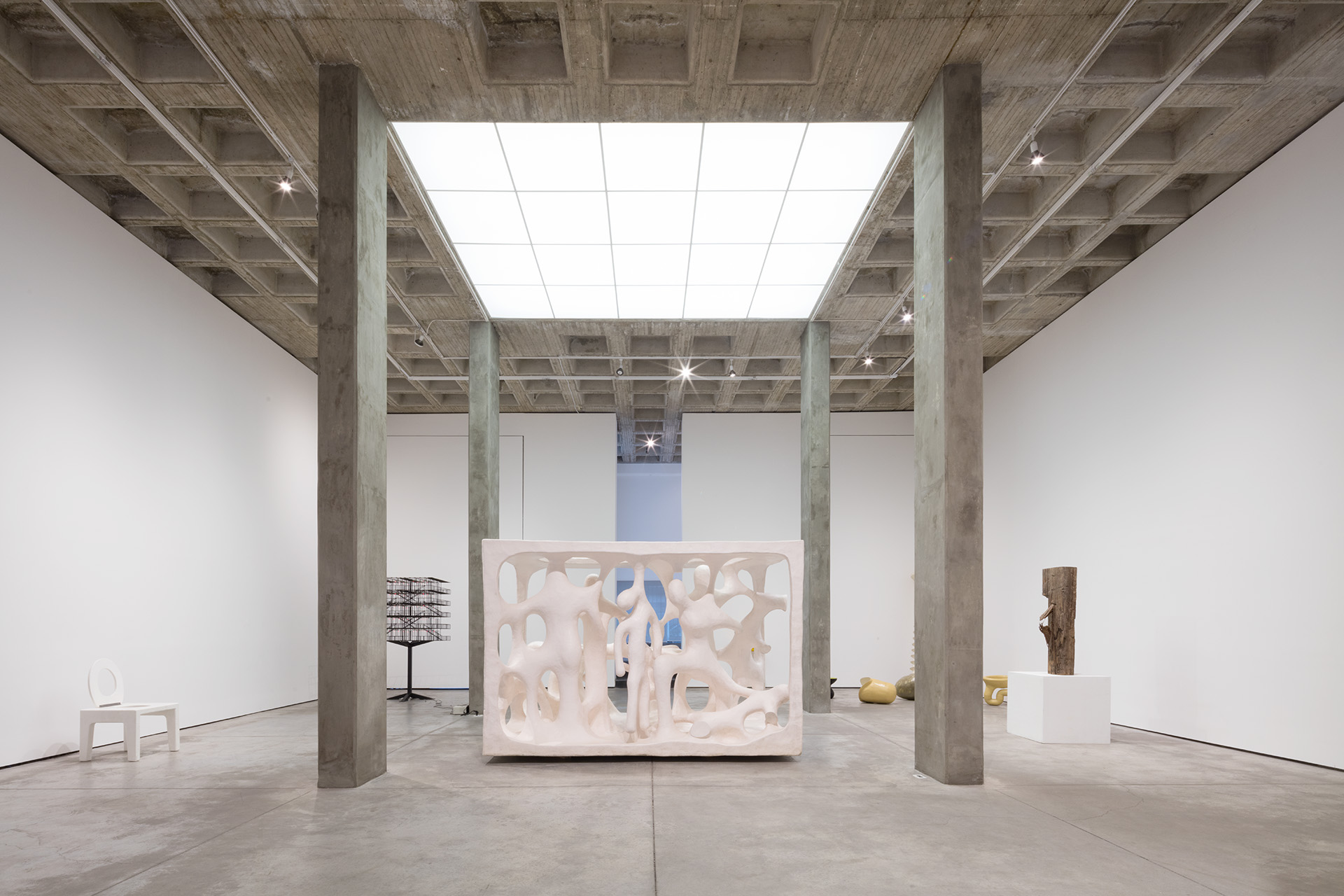 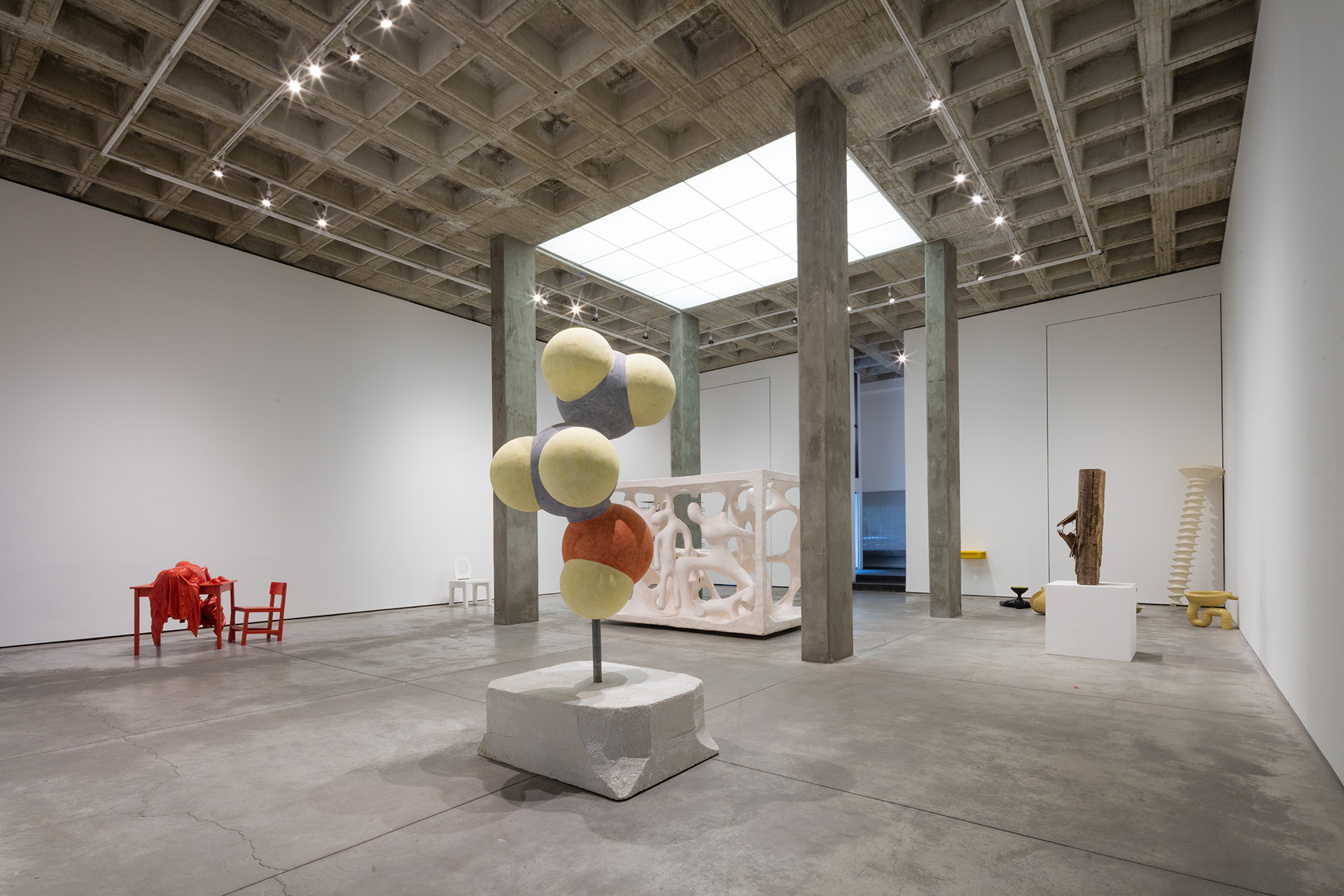 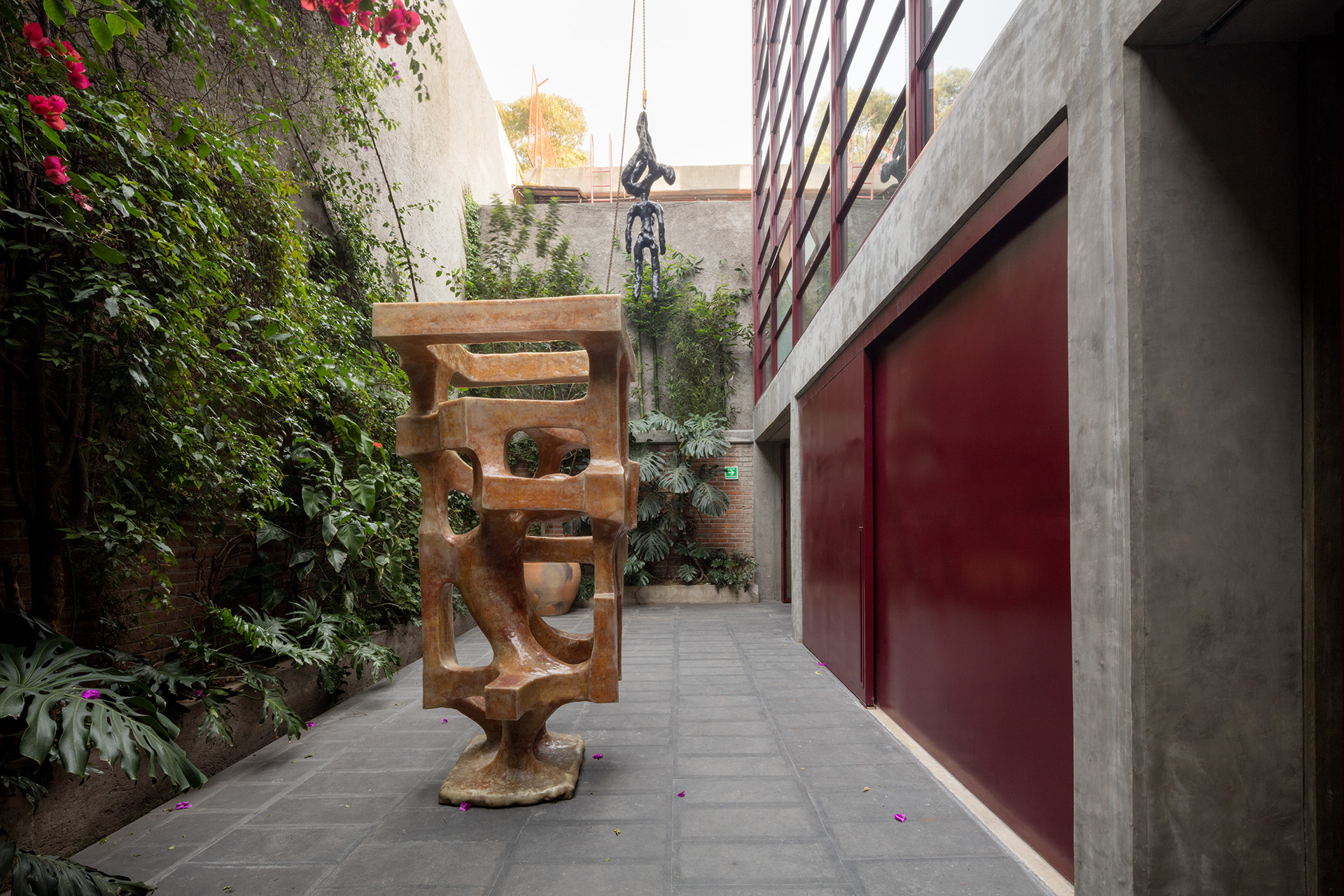 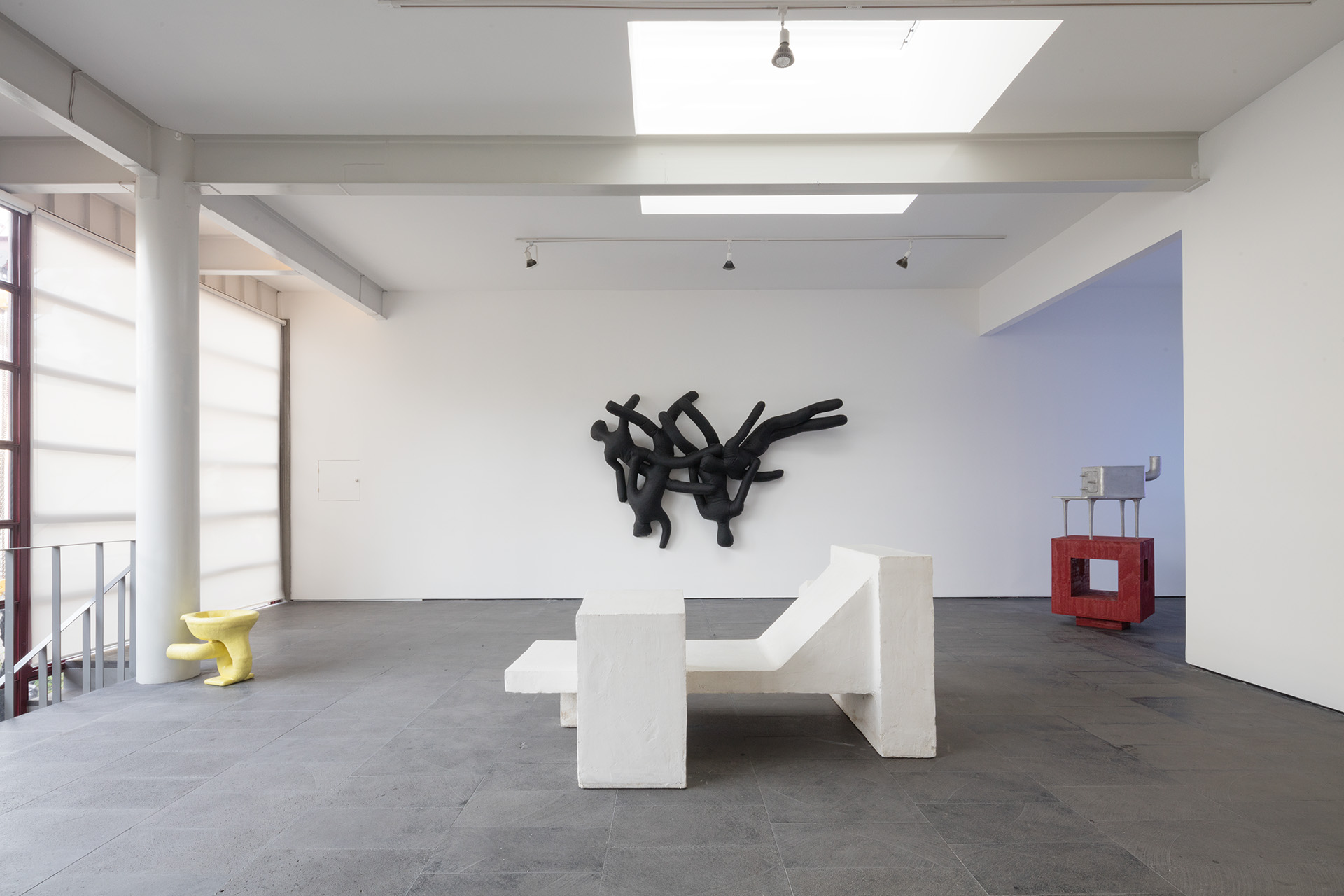 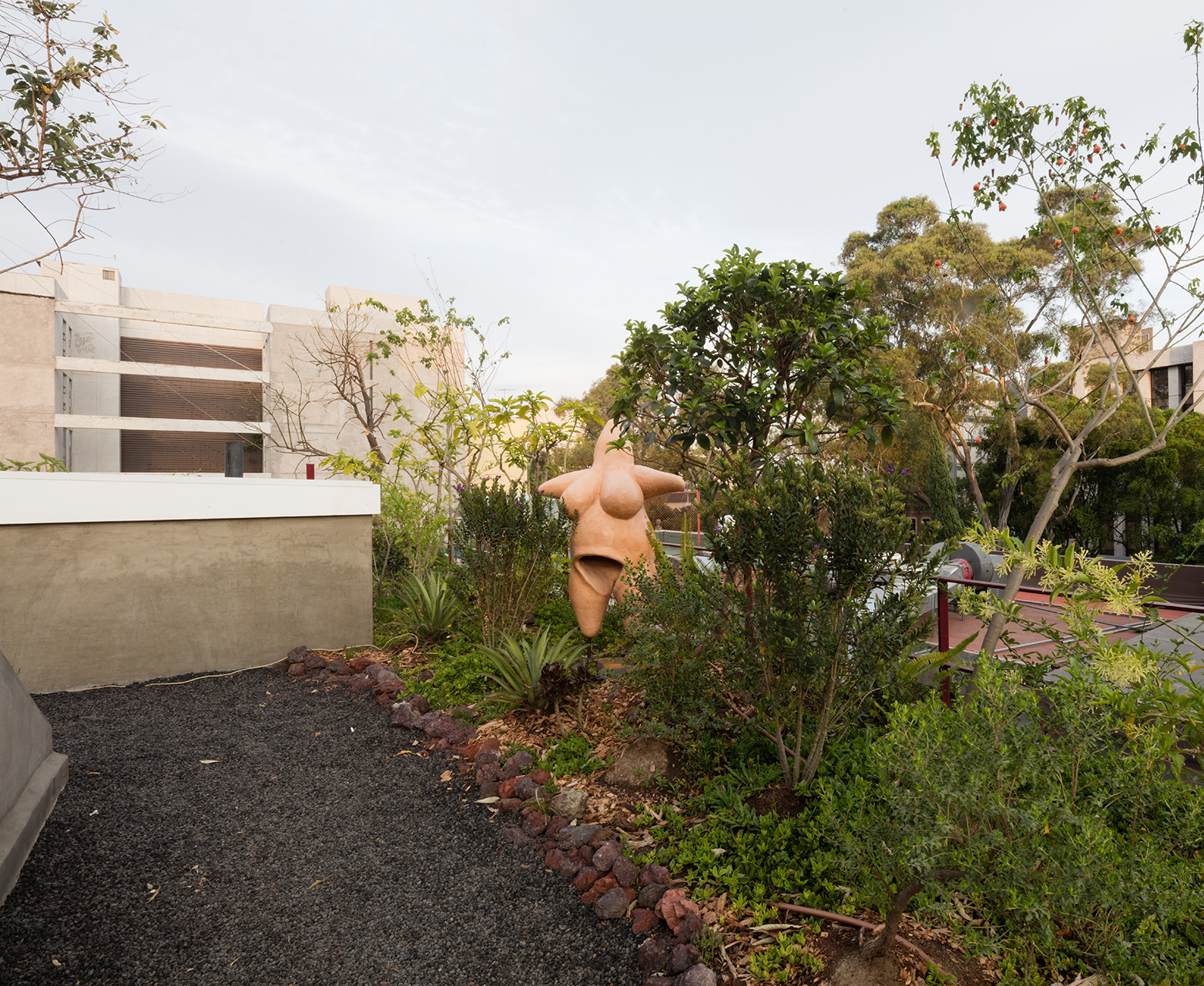 Artist Joep van Lieshout (Ravenstein, the Netherlands, 1963) founded the studio Atelier Van Lieshout in 1995. Based in the port of Rotterdam, he has been working under this name ever since to undermine the myth of artistic genius. Poly Pluto Pluri offers an overview of Van Lieshout´s practice from the early 1990’s until the present day: straddling sculpture and installation, utopia and dystopia. Works appear within a deserted domestic setting and are primarily grouped by series, reflecting changing concerns of utility and display. Roughly translated from Ancient Greek and Latin as “more, more, more”, Poly Pluto Pluri charts the development of new technologies congruent to the advancement of humanity, with all of its successes and more notably, its failures.

Joep van Lieshout dissects systems, be it society as a whole or the human body. In 2001 Atelier Van Lieshout declared an independent state in the port of Rotterdam, AVL-Ville, with all conveniences to function as a self-supporting community producing their own food, medicine, even alcohol. There was a power station, a water treatment plant and a mobile farm, but also an arms workshop, funded by their own currency and constitution. During the same period Women On Waves (WOW) commissioned Atelier Van Lieshout to produce a portable abortion clinic. The result was a shipping container that sailed to countries where abortion is illegal so women could receive safe treatment under Dutch law. Other previous work includes huge sculptures of human organs: brightly colored genitals and digestive organs appear as interconnected organisms. In the case of Bar Rectum (2005) you could enter the structure and enjoy a drink. Confronting current socio-cultural issues – be they production or ecology – Atelier Van Lieshout offers real-life solutions via artistic production.

In Poly Pluto Pluri, the focus is technology as a means of survival. Highlighting a number of recurring motives and obsessions for Van Lieshout including power, life, sex and death; how these themes play into the ideal of self-sufficiency is key. Works have been selected from six significant series including Soft Edge from the 1990´s: shelving units and tables exhibited as sculptures. Based on standard measurements, finished in polyester with equally standard colors, works were produced in unlimited editions and delivered to order as a means of highlighting their artificiality, whilst questioning the status of art. Works on display such as Funnelman (2006) and Minimal Steel Red Lights (2006), from the series Technocrat (2003–2006) and SlaveCity (2005–2008) respectively, show humans as cogwheels in closed circuit systems, being used and reused as a source of labor, pleasure, bio-energy and food. Other works are from Atelier Van Lieshout´s self-professed “Gesamtkunstwerk” New Tribal Labyrinth (2010–2015). Pre-empting the emergence of an imaginary new tribal world with a primitive society in which production takes center stage, here Van Lieshout created a series of large-scale monuments, machines and tools, totem-like objects of worship. In The Burghers (2013) abstract figures huddled together in a box-like form symbolize the ever-present human dilemma: what identity does one assume in a time of crisis?

Poly Pluto Pluri presents a comprehensive survey of one of the most significant and prolific contemporary artists inverting the fields of art, design and architecture. Fuelled by Van Lieshout´s fascination with man versus the machine, present-day society appears at once advanced and undone, complex yet susceptible to basic primitive urges.