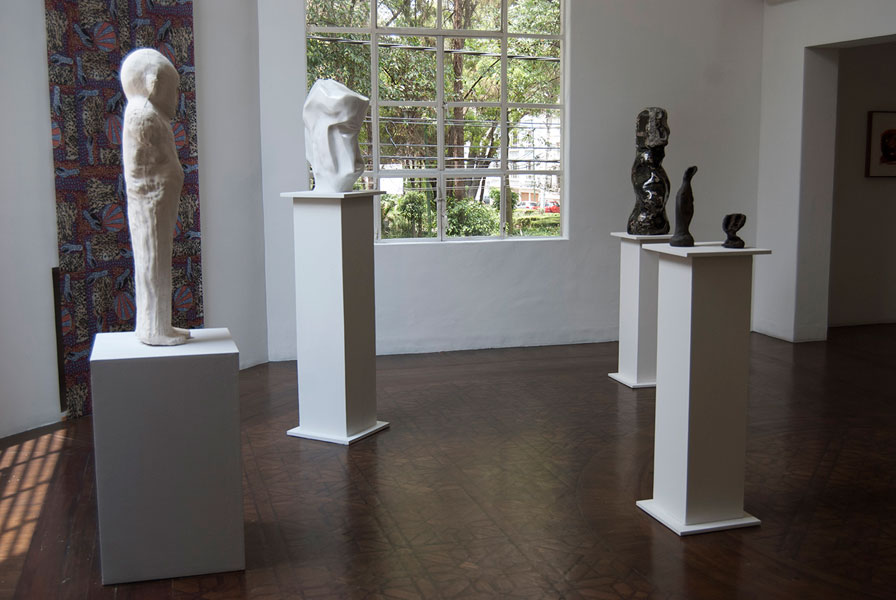 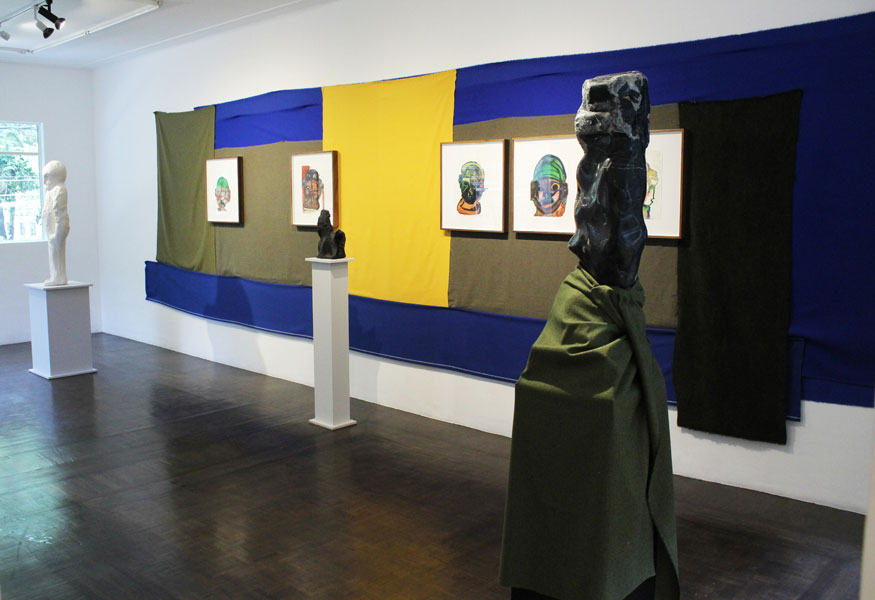 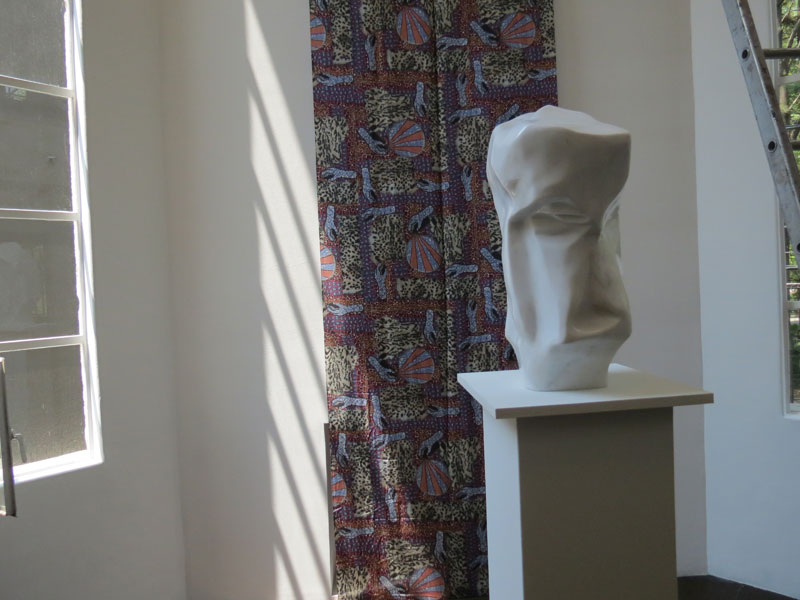 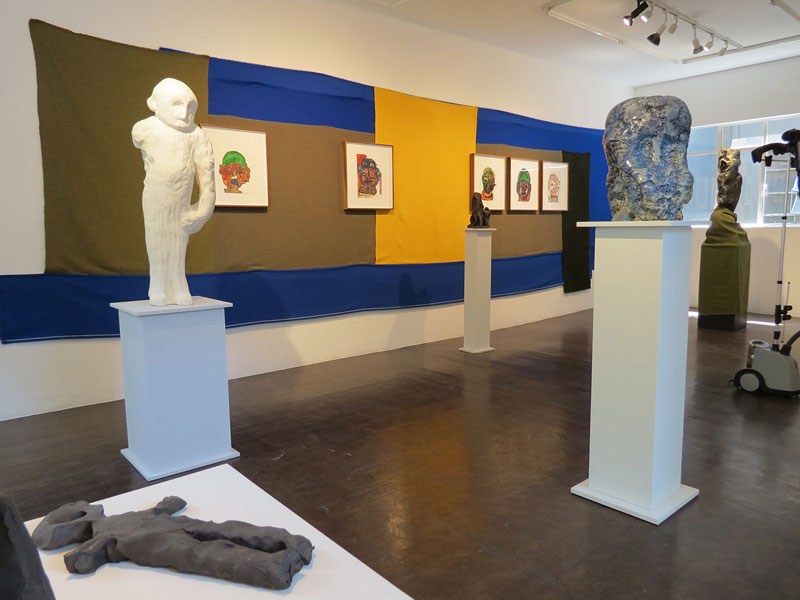 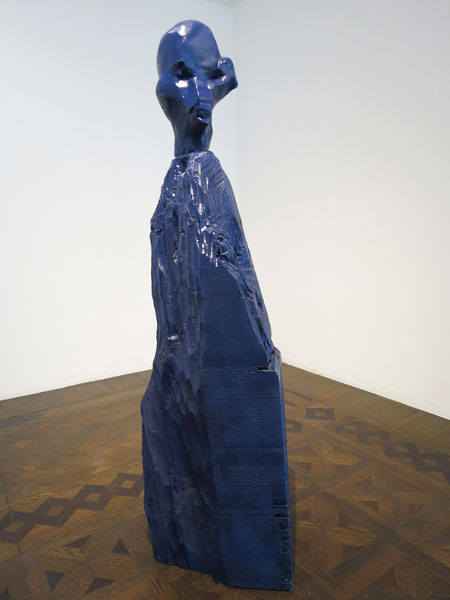 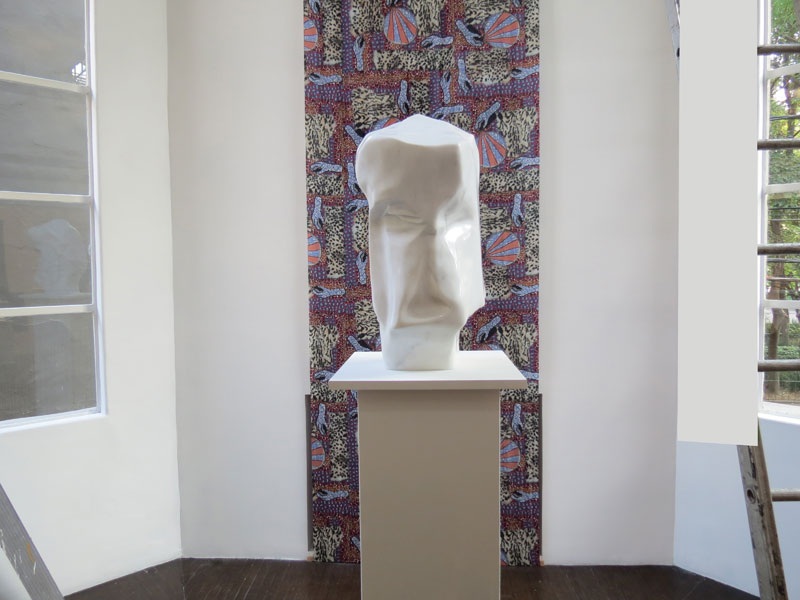 In Roundabout Mouth, his first solo exhibition at OMR, the British-Israeli artist Daniel Silver, born in London in 1972 where he lives and works, presents a gathering of sculptures from different times, materials and backgrounds, brought together to tell a story of our timeless relationship with objects. Through his narrative, Silver weaves together references from ancient civilizations across history, sculpting from an archaeological and psychological perspective a contemporary language that continuously looks into the past to understand the future. The result is a historical collage and an exercise in culture cannibalism that refers and questions the practice of museums to this day.
Roundabout Mouth is a continuation from Silver’s latest project titled Dig. A large-scale installation commissioned by Artangel in 2013 where an abandoned London lot called Odeon Site, was transformed into a full-scale archaeological site with Silver’s works discovered midst the ruins of the excavation.
Roundabout Mouth presents the next logical step from Dig: After the discovery and excavation process, the artifacts are then transported to be exhibited in another country and another context. Re-grouped, replaced, reproduced, synthesized and curated, cannibalized for another people to make and take meaning from.
In the aptly defined words of curator Cristiana Perrella: “The sculptures of Daniel Silver mimic the action of time on materials. Often starting with broken or damaged contemporary copies of classical sculpture purchased in Carrara or, in any case, with existing artifacts, the artist cancels the original forms and features, bringing them with a leap in history closer to the works of Medrado Rosso or modernist works like those of Epstein, Moore, Epworth. His forms are evocative, elusive and indefinite, like a memory recalled, a phantom of the conscious. To probe the relationships between art and manufactory, Silver also uses and transforms the display conventions of museums, designing pedestals and bases in materials that often clash with the sculptures they support: tree trunks, African fabrics, repeated cement modules, Mexican zarapes. He then organizes his works in compositions that seem to reference the cumulative logic of the museum.”
Silver’s work is a historical excavation that explores the relationship between multiple perspectives –the archaeological, the psychoanalytic and the artistic– a story seen from the eyes of the digger and finder, the interrogator, and the sculptor and creator of meaning. Questioning the precedence of culture today, the value given to objects produced by ancient civilizations and how these values affect our understanding of the present, we are confronted with works that reflect the artist’s own history and heritage as a merge of cultures.
Since early in his practice Silver would begin a sculpture giving form to the eyes as witness to the visual world; nowadays, after reflecting that one understands the world by putting things into the mouth, he begins by sculpting roundabout the central orifice that produces language and it’s infinite cultural symbols, thereafter allowing the form to reveal the rest of the sculpture. Roundabout Mouth refers to the Freudian origin of thought, the concept that the information we first take in is through the mouth.