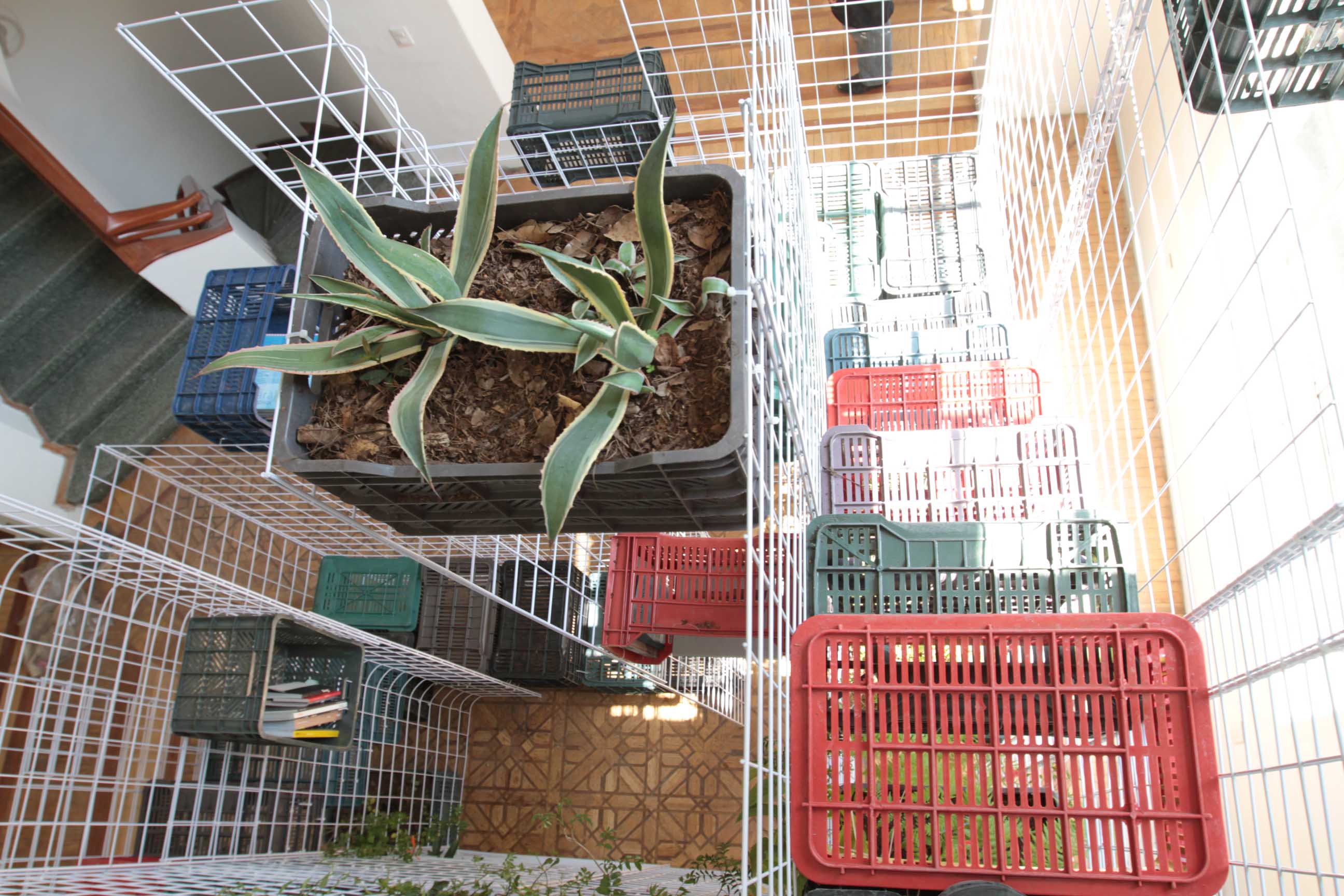 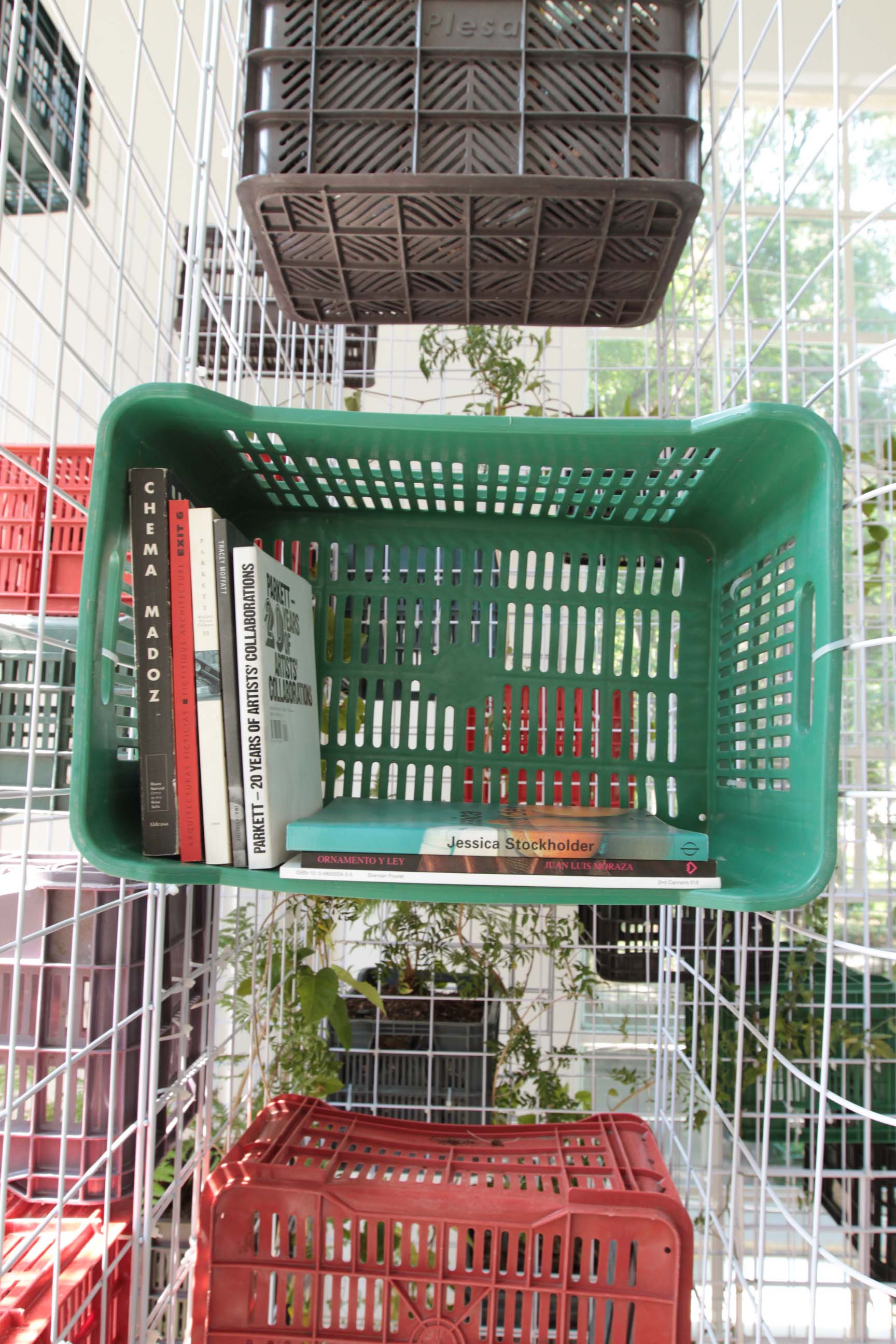 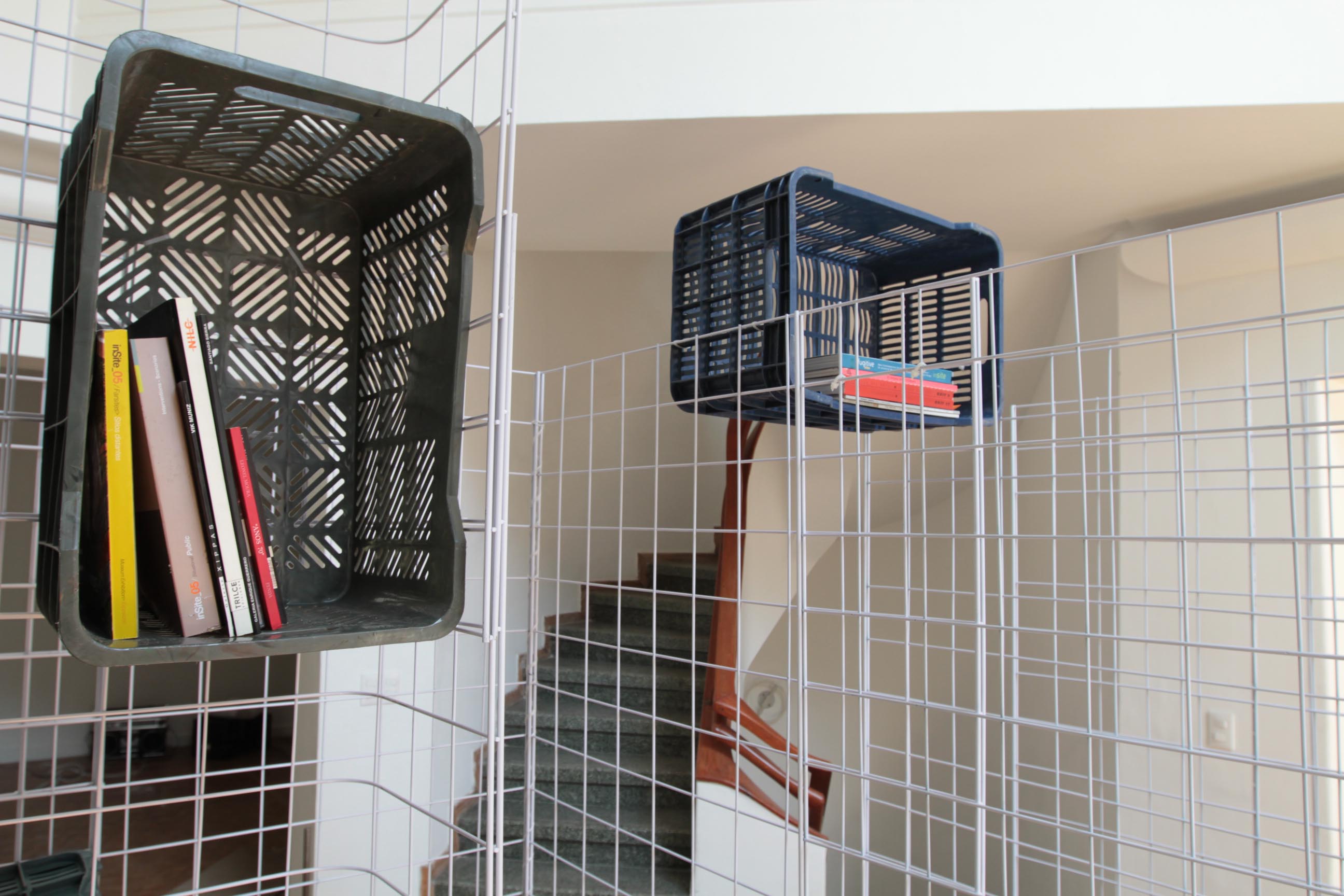 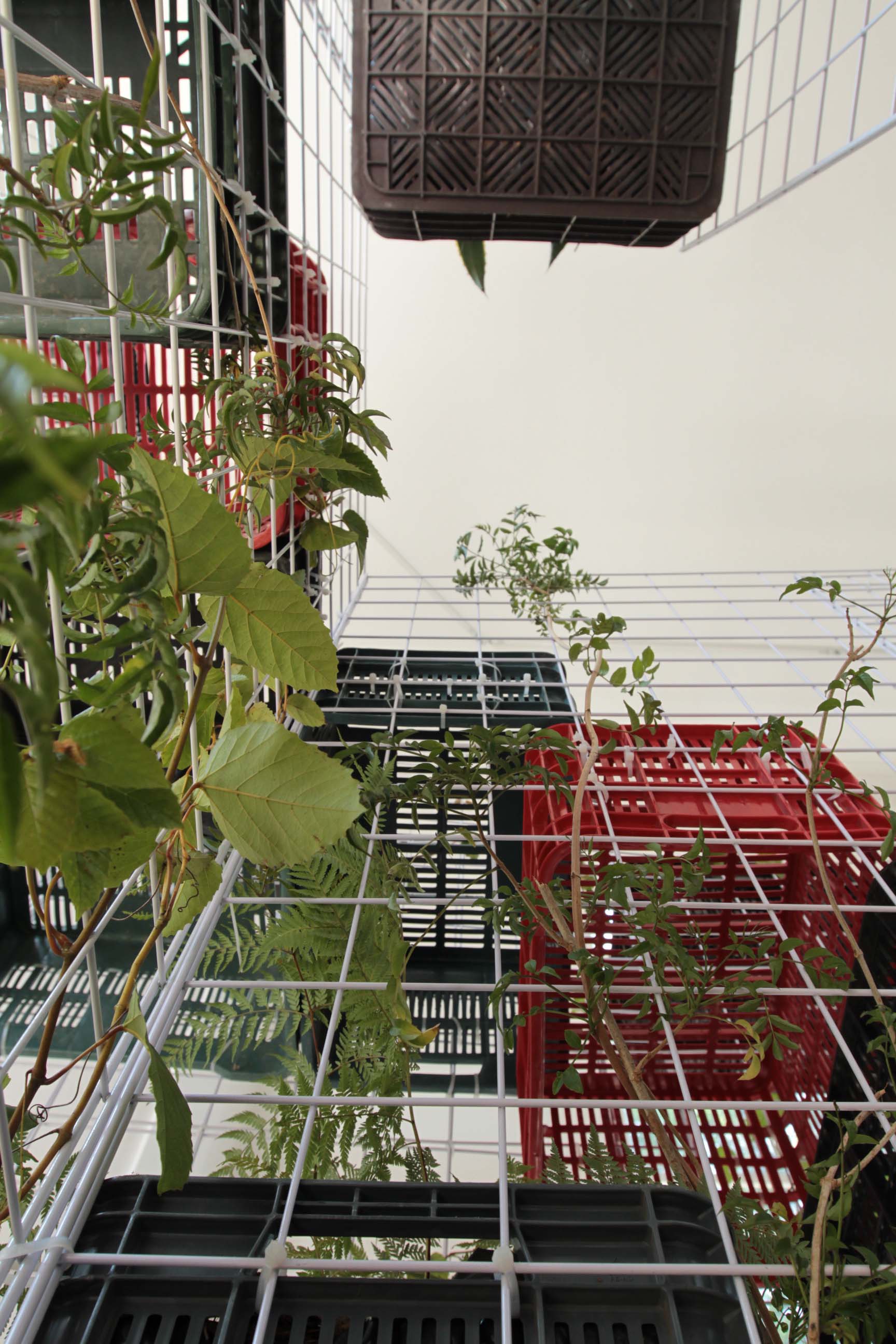 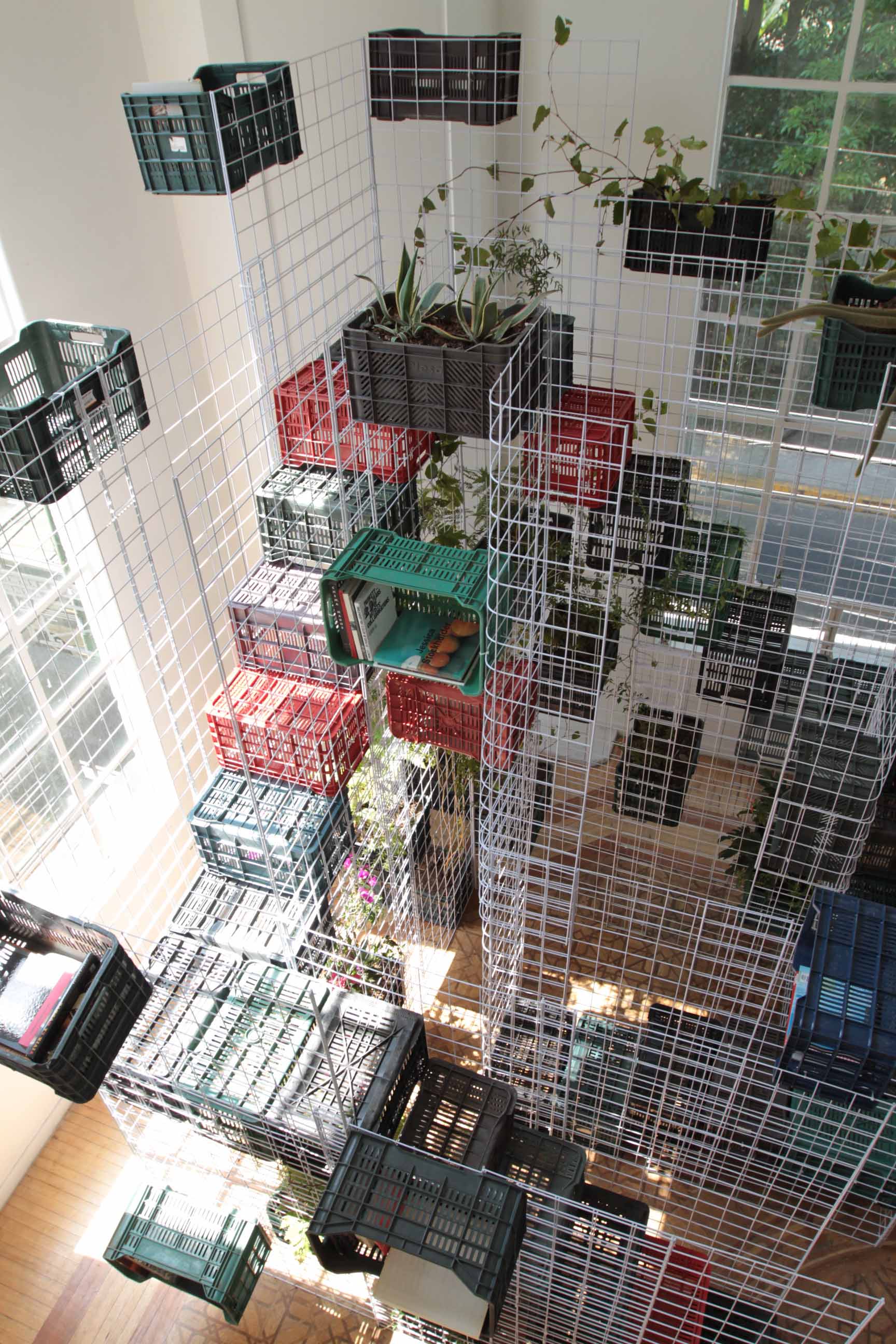 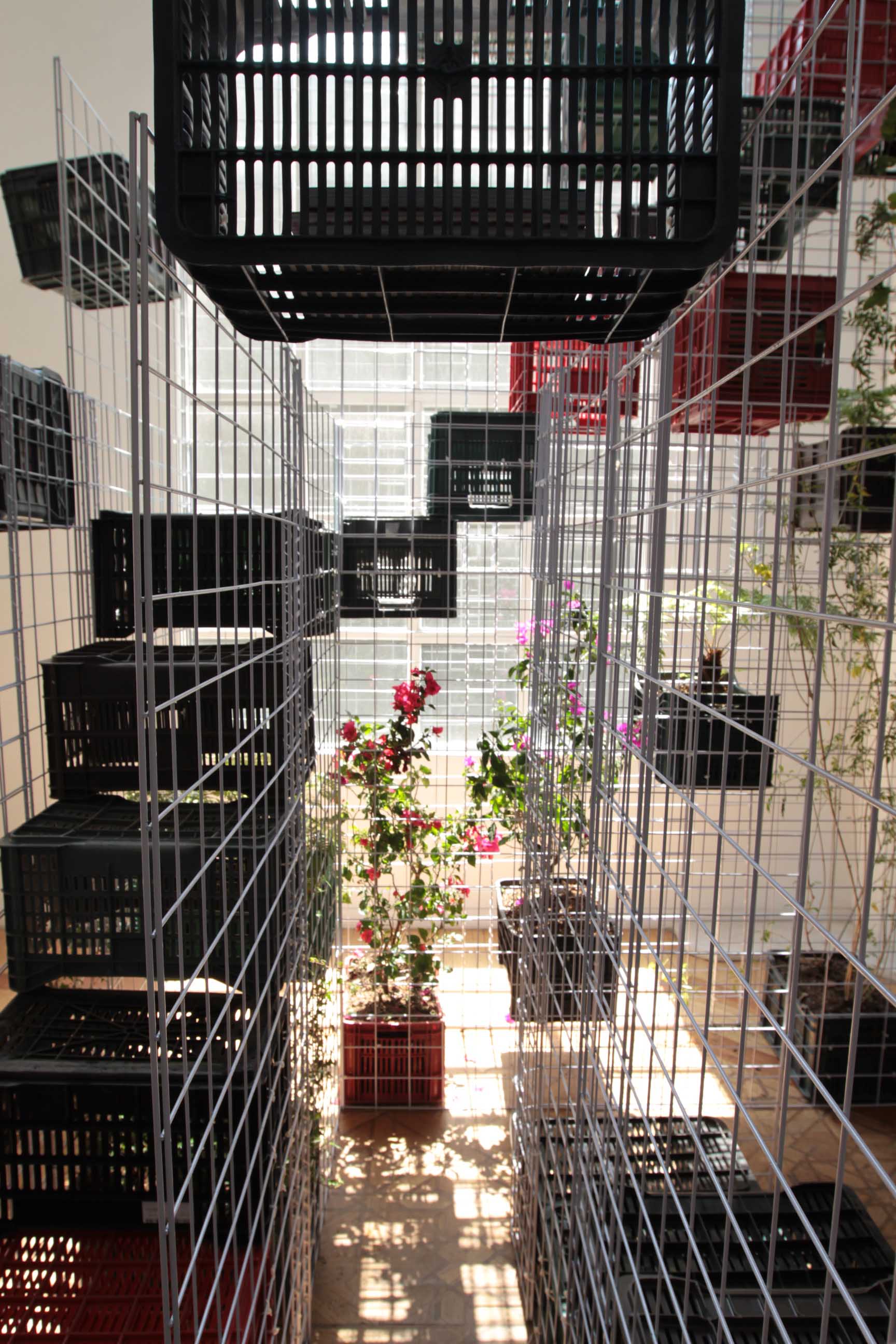 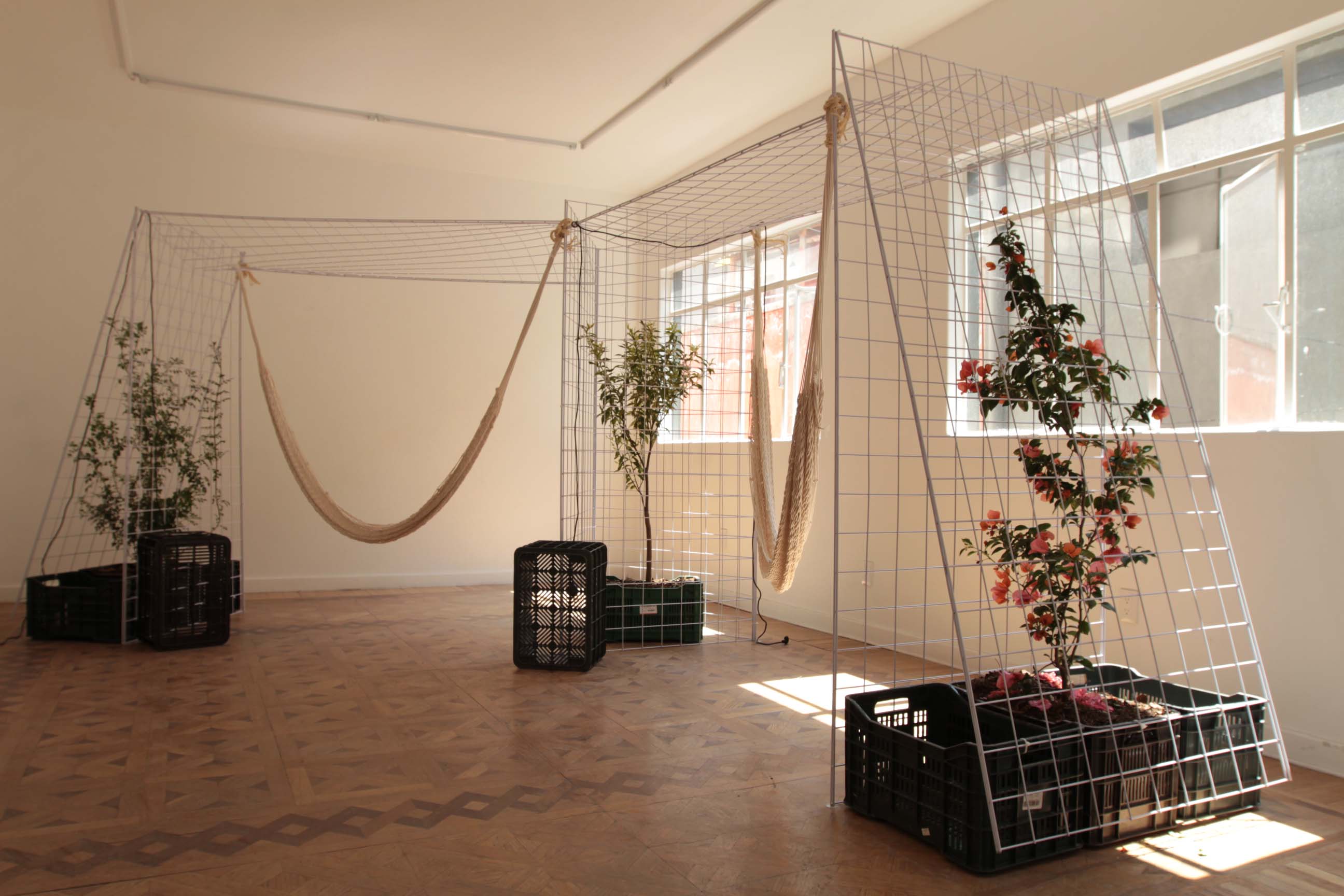 Public spaces in many Latin American cities are routinely occupied by itinerant architectures and a variety of apparatuses built for the purposes of street vending, and which emerge from situations related to the logic of exchange and the mass distribution of merchandise. In places like Mexico City, this phenomenon consists visually of an ephemeral architectural system of metallic grids, rolling vehicles and plastic crates, which together produce a complex, mutable system that can serve as a container for merchandise, a mode of transportation and a space of display, depending on its users’ needs. This ingenious modular system simultaneously incorporates urban space into the flow of capital, implying hierarchically structured dynamics of territoriality and, in some cases, clientelist practices.

Drawing on his study of this phenomenon as part of a residency carried out in Mexico between 2007 and 2008 (FONCA-CONACULTA), the Colombian artist Felipe Arturo (Bogota, 1979) has developed a system of construction based on the materials used in informal commerce. He has produced mobile structures and actions that recreate spaces of leisure and entertainment, adaptable to the conditions of each site and installed as interventions. Such is the case for the research project Trotsky’s exiles, which consisted of identifying the various cities in which the Russian political leader was exiled during the Tsarist and Stalinist regimes, and then locating those streets in Mexico City that bear the same names, thereby recreating a map of displacements on top of which the artist realized a series of ephemeral actions, which he registered on video.Thus el52 proposes a project for which Felipe Arturo has integrated his research on spontaneous architecture into the exhibition space, generating apparatuses such as the Itinerant community library, a work consisting of plastic crates and metallic bars that can be disassembled and reassembled, and thus function in different contexts. In this project, itinerance and informal commerce are transformed into a system that produces, distributes and recycles self-perpetuating structures. It invades art’s territory through ephemeral architectures that fuse the aesthetic notions of container and contained, superimposing the operations of vehicular transport, exhibition space and temporary image of the city.

Inspired by Walter Benjamin’s essay “Unpacking my library” (1931), a text which refers to the author’s impulse to collect, Itinerant community library is a nomadic project still in development. It will be open to the public at el52 until 18 April 2010, after which it may travel to other venues. The intention is to gather the greatest possible quantity of books at each site where the work takes place, drawing on the voluntary donations of visitors. This piece will be inaugurated together with other itinerant stations by the artist, which will be used to present various programs of film and video for the duration of the exhibition.