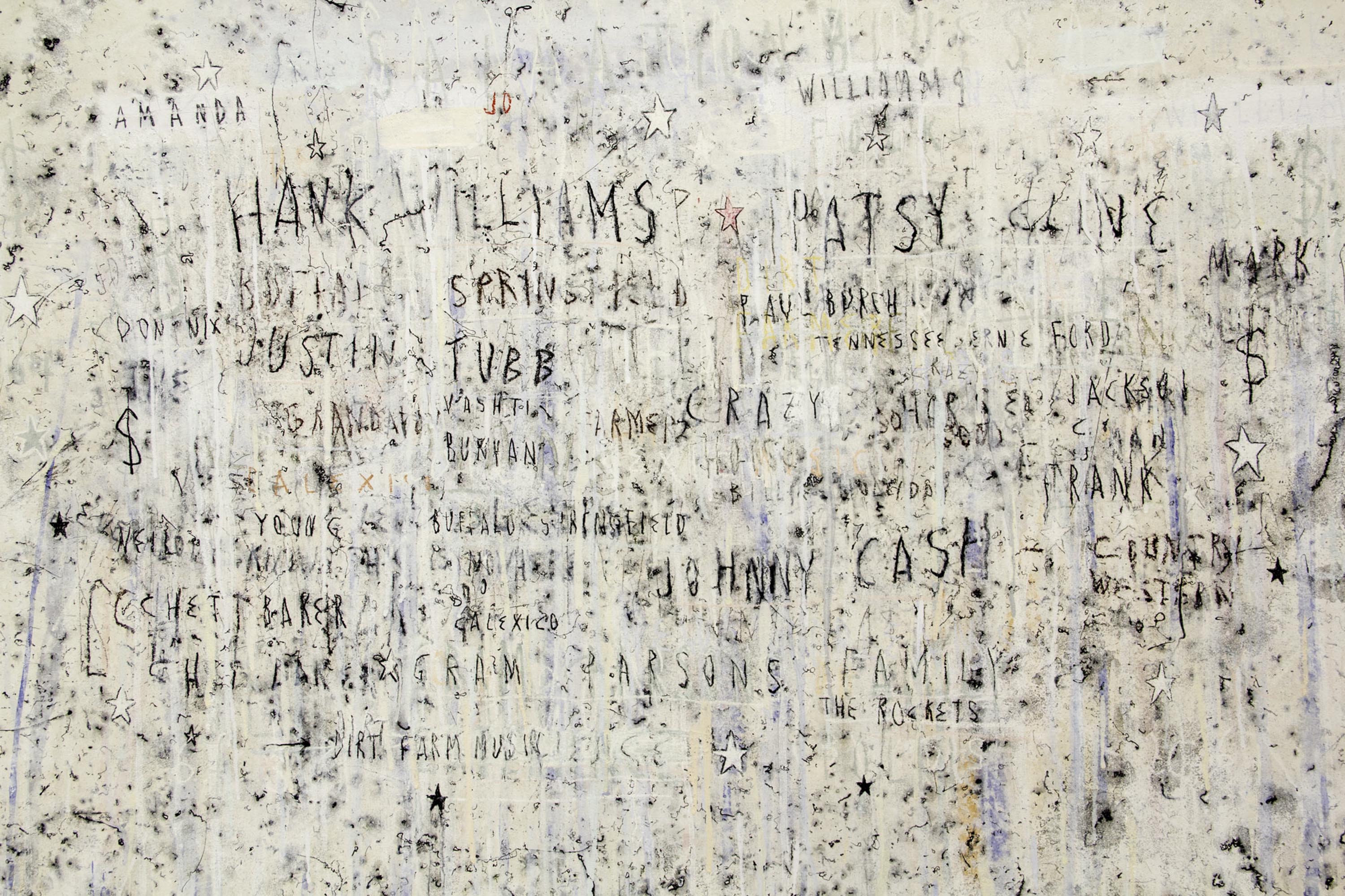 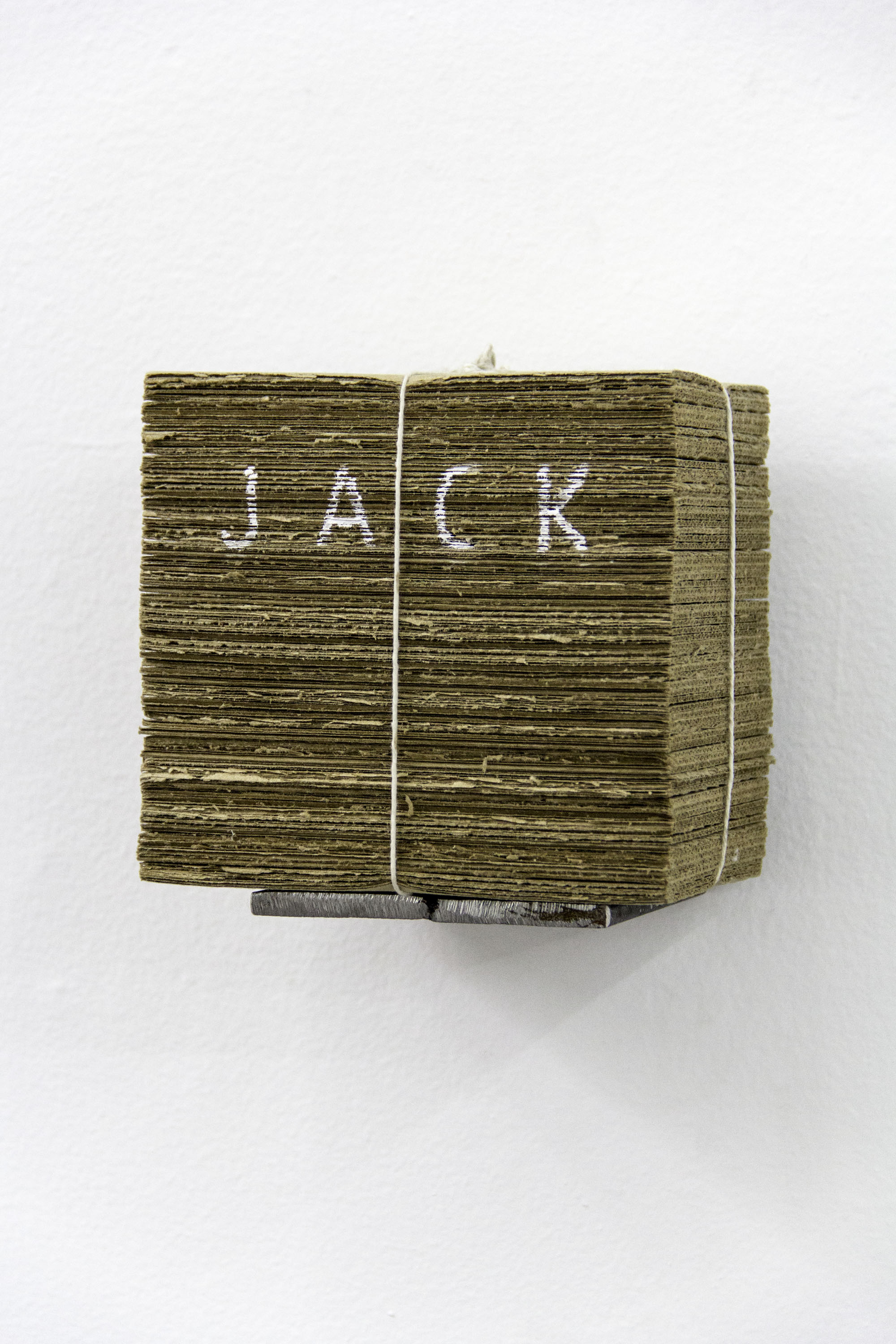 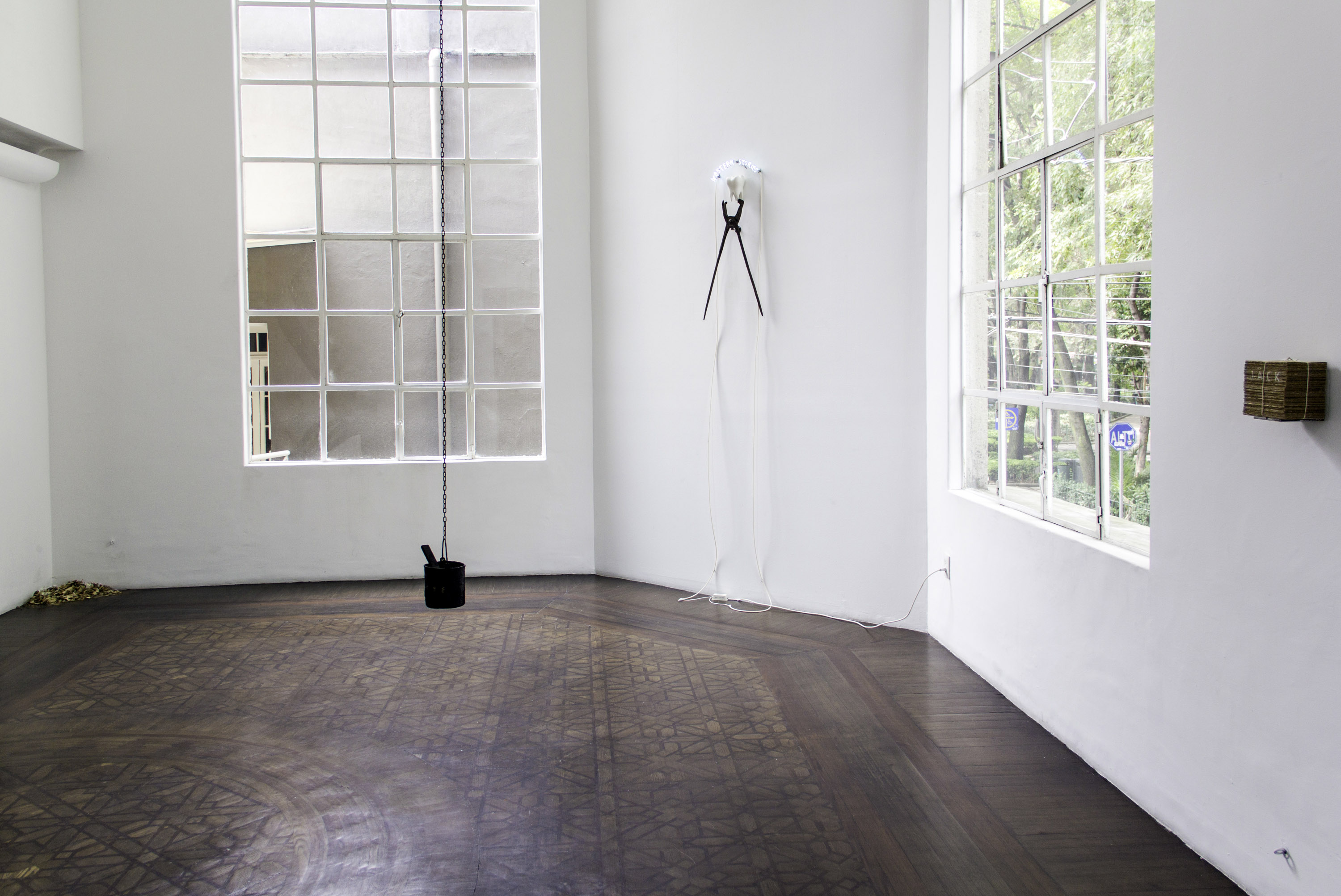 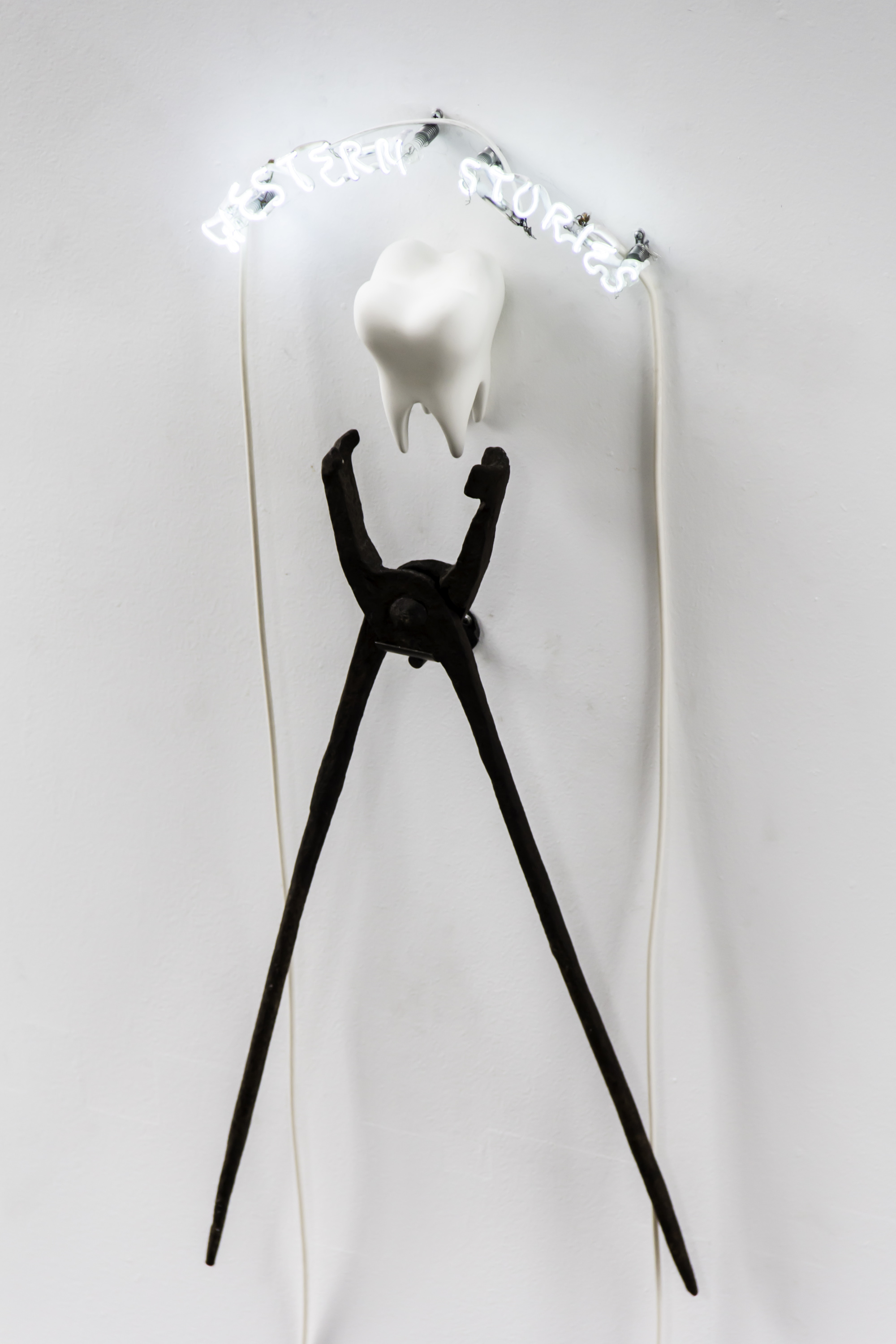 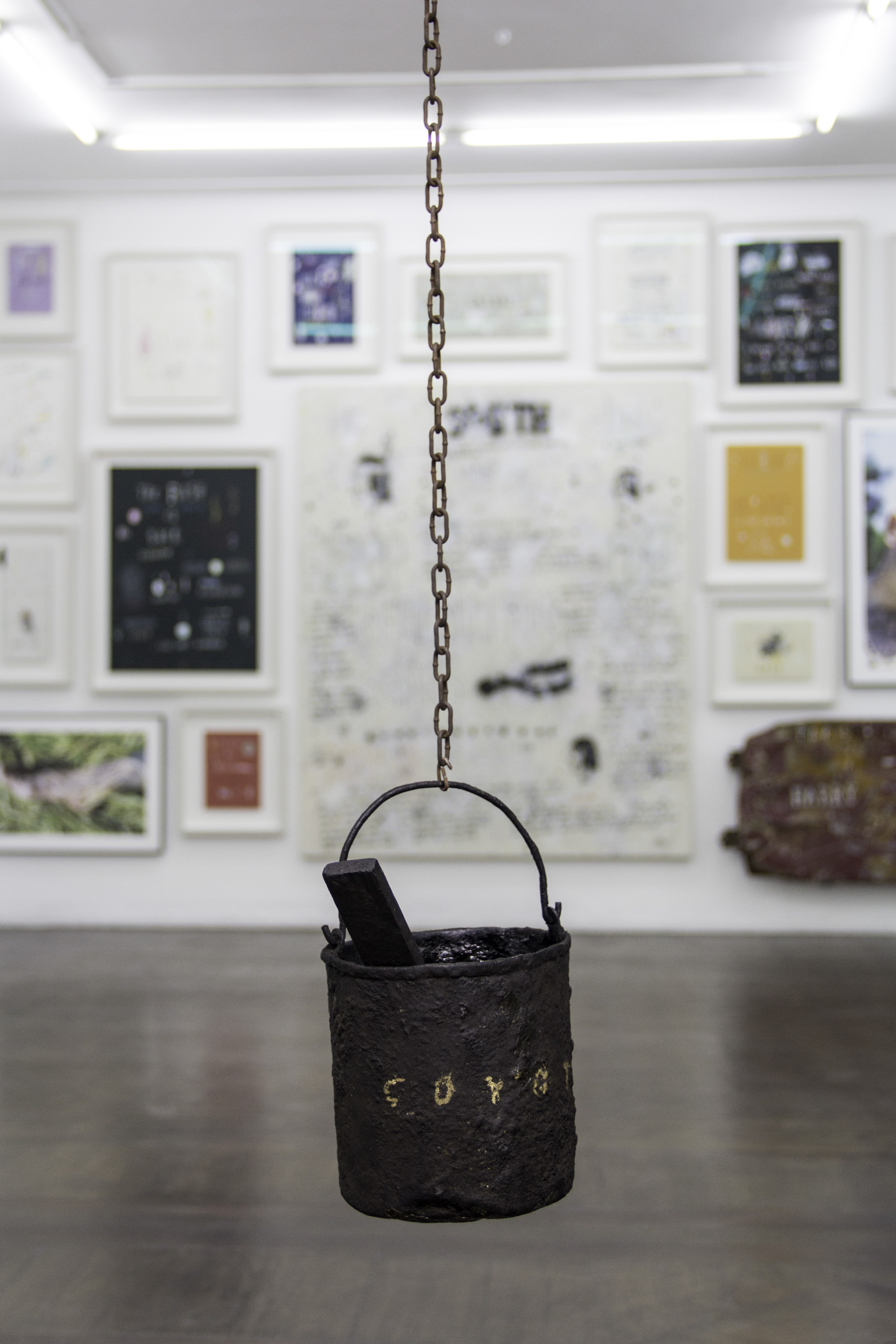 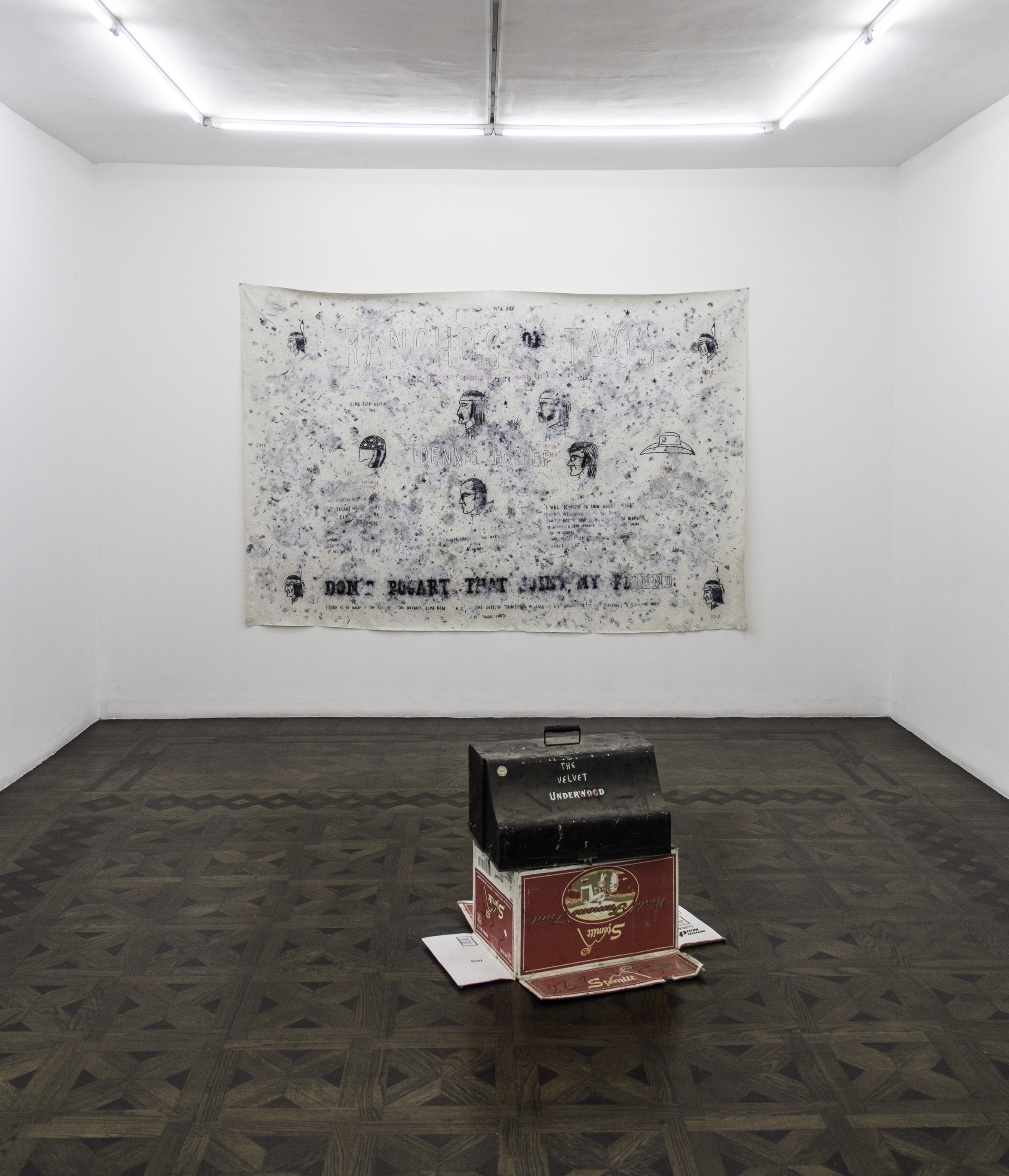 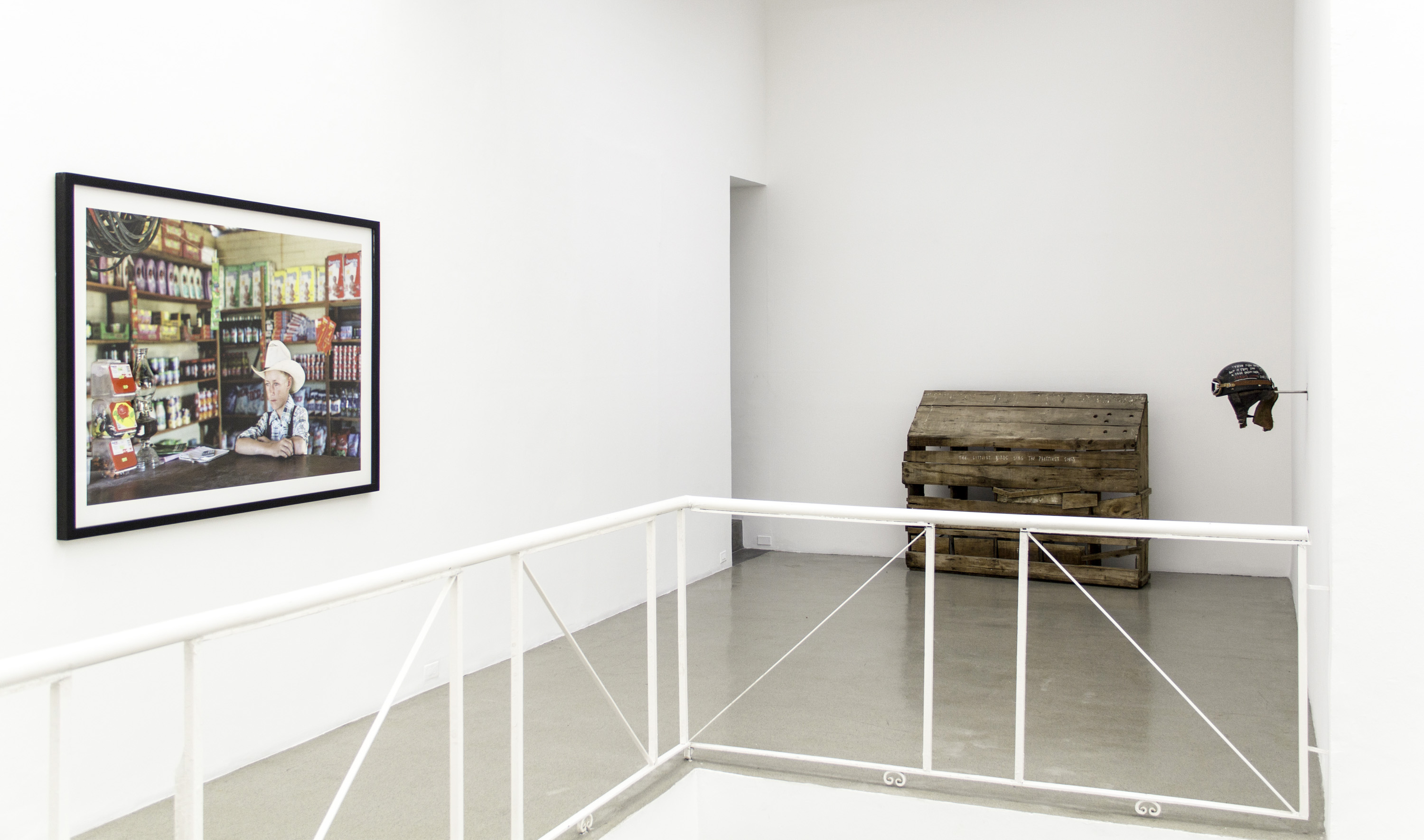 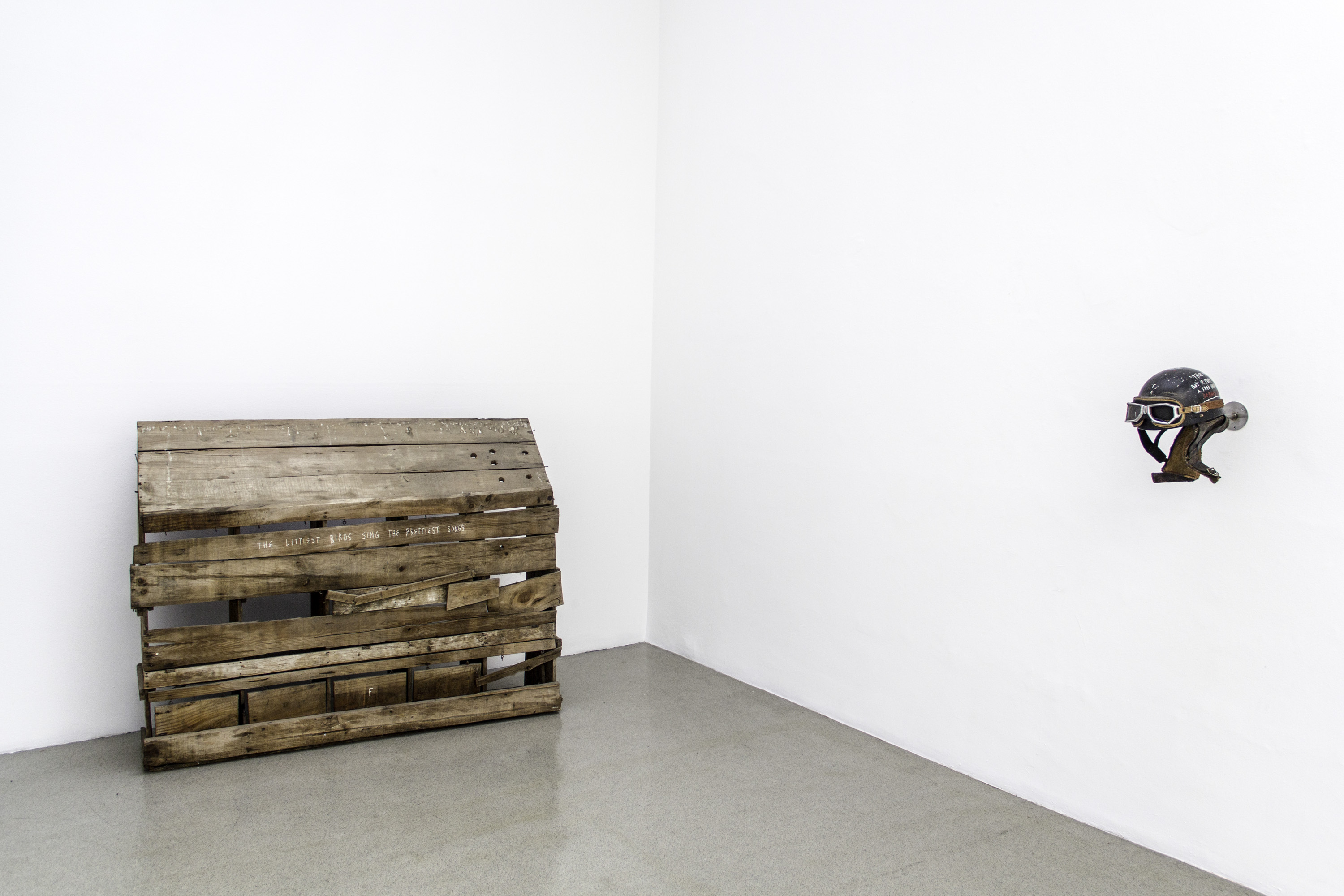 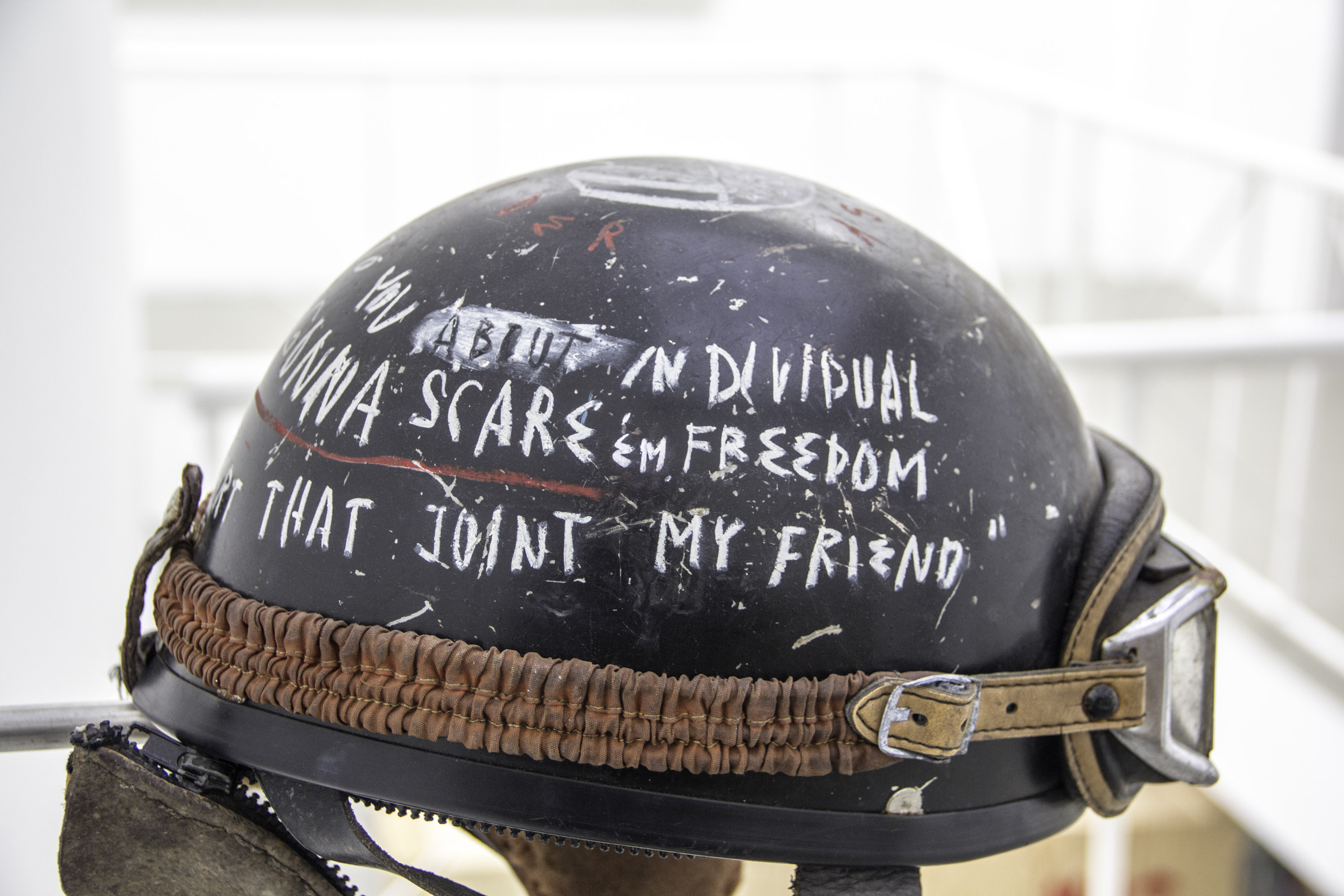 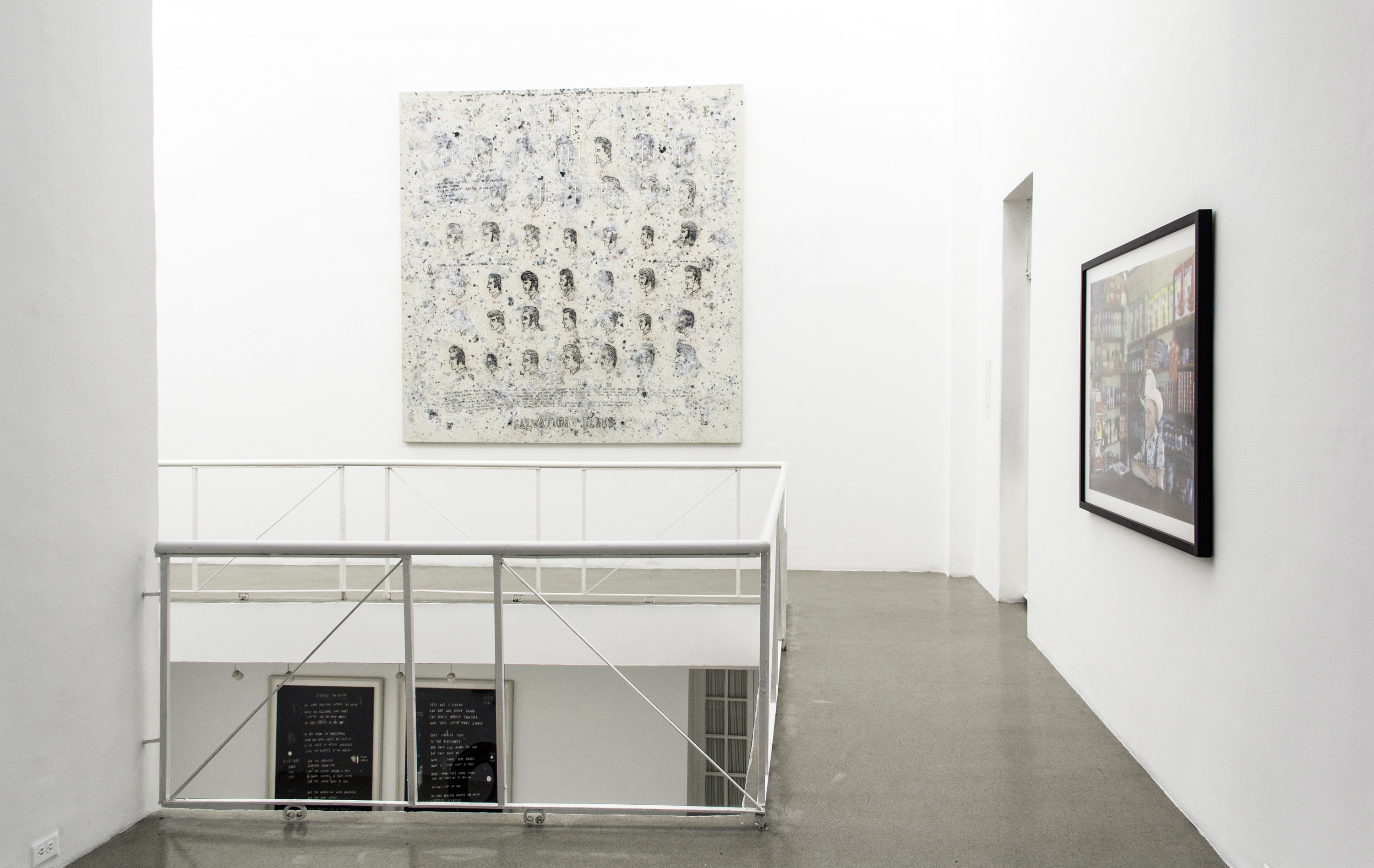 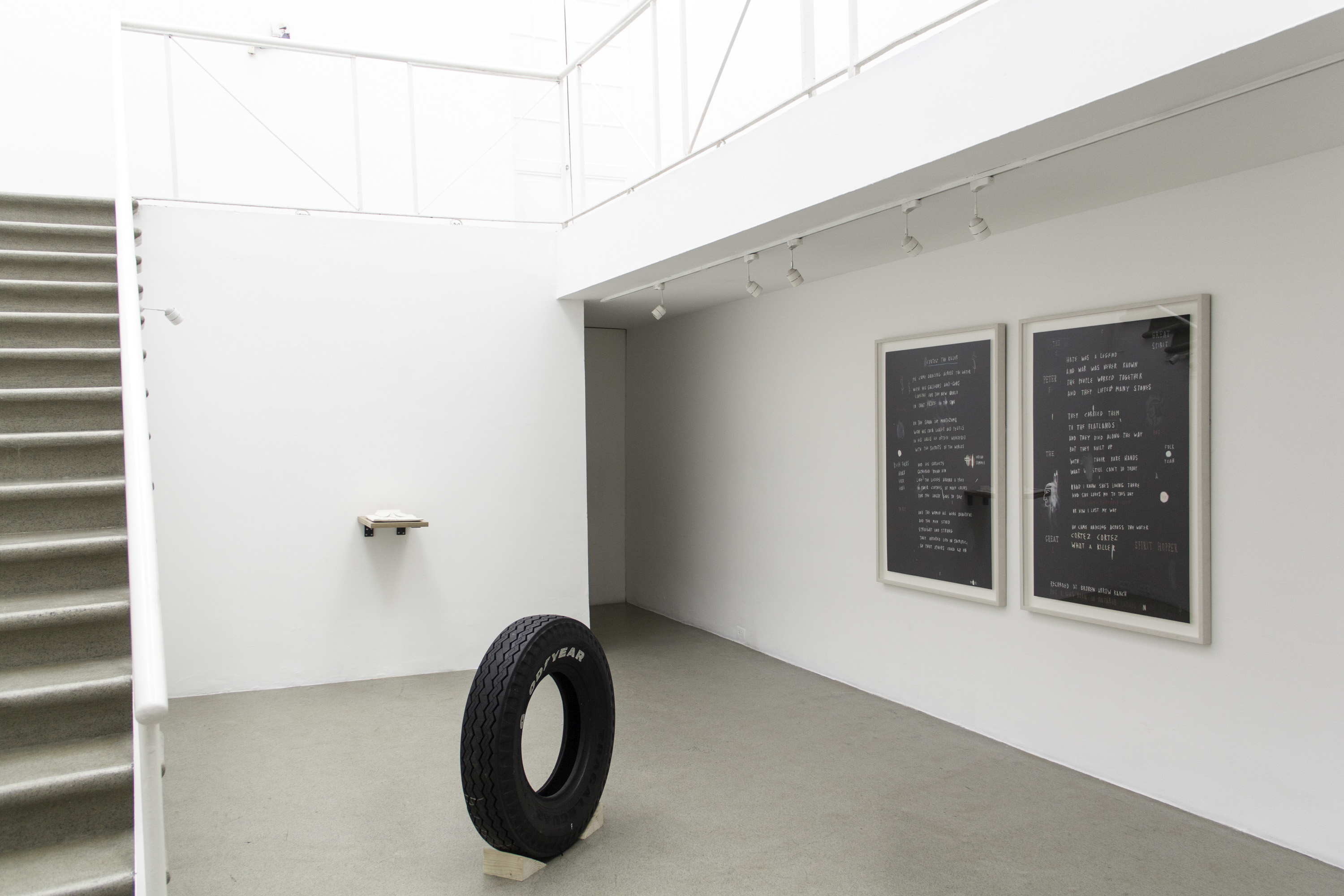 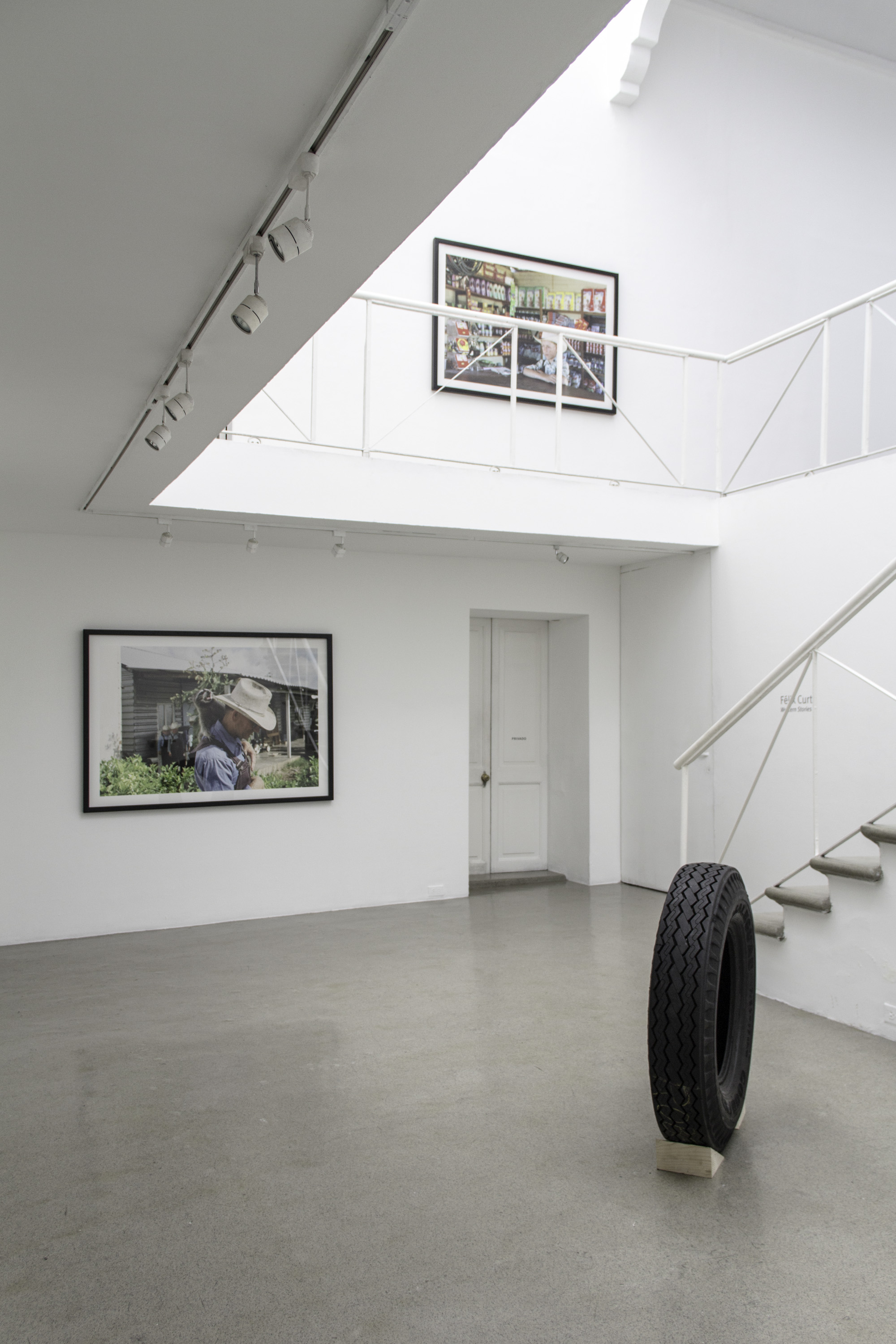 OMR presents the most recent solo exhibition of Félix Curto in Mexico, Western Stories. Since the late 1990s, the artist (born in Salamanca, Spain in 1967) has spent long periods of time in Mexico, primarily in Taxco, Guerrero. The mediums and themes that guide his work stem from transcendental experiences, of which road trips along the Mexican countryside and other distant territories have been decisive. The artist is in continuous exploration, a condition of displacement in which the journey is the destination. Curto’s oeuvre exposes the material and social complexity of these territories, while materializing his personal mindset informed by the American subculture of the mid-twentieth century.

Songs by Neil Young, Tom Waits or Johnny Cash; novels and poems by Jack Kerouac, Neil Cassady, Edwin Gilbert or Robert Frost, and films like Easy Rider or Paris-Texas, form Curto’s cultural framework – as well as his travel companions. Journeys and references become visible through varied mediums. Everyday objects bear inscriptions taken from novels and songs. Similar excerpts occupy explicitly pictorial surfaces such as canvas or pieces of cardboard. Photographs of different formats depict landscapes and their inhabitants. Together, these mediums reveal a world in which Western fiction and Beat Generation literature are in dialogue with US-Mexican border economies that determine the value of the objects and narratives of everyday life. Curto’s art portrays a reality that the artist has explored and embraced in his journeys – a reality that feels foreign to urban life but that can be grasped from film and North American popular culture. Moreover, this work reproduces such a reality in the exhibition space and thus proposes its implication with regard to our own lives.

The work of Félix Curto is the result of an inner journey guided by his experiences as well as by literature and music. For Curto, a place can be known, without being there, through collective imagination. In particular, his imagery of the Wild West has been constructed with references from film and literature and their concurrences with Mexico – in its tension with that wild America. The work manifests a mystical relation with landscape, not unlike that of Native American peoples. For them, life is a displacement from the primal place, an oscillation with respect to one’s origin. In this sense, Curto’s work is nostalgic for that borderless place where we are “authentic”. His pieces are at once documents and speculation; they lie on the boundary between what is intimate and what is shared.

Travel thus implies a condition of migration. This displacement, which Curto has experienced in his move to Mexico, is also present in the characters that appear in his photographs, as well as in the objects discarded in the United States and recycled in Mexico. Travel is related to transformation: the displacement of an object or a person to a foreign territory produces mutations; it imposes new narratives and meanings. These transformations leave traces, visible in the aesthetic of waste that distinguishes Curto’s pieces.

The objects intervened by Curto testify to the places, uses and stories they have been a part of. This everyday junk accounts for its transfer from a utilitarian economy to an aesthetic one. Language, prevailing in his recent pieces, also appears as trace, as a means of externalizing narratives and cultural references in the mind of the artist. The paintings and drawings reveal an automatic writing, an expression with no premeditation. It is a state of surrender to the road, to one’s own spirit. For the artist, the drawings function as travel journals that reflect his encounters and motivations. These pieces present mental landscapes that allow wandering the associations between places, objects and cultural references offered by Curto. Together, his pieces form a constellation, a landscape at once mythical and mystical, and whoever observers it can create their own connections, their own routes.

The artist works by himself, finding, intervening, ripping apart and reconstructing the pieces. These become traces of his journeys across remote locations that are kept alive through memory. The work of Curto lies between life and reminiscence, on the ambiguous place between the real and the imagined. Félix Curto belongs to every place and nowhere. He is counterculture – “it is better to burn out than to fade away”.