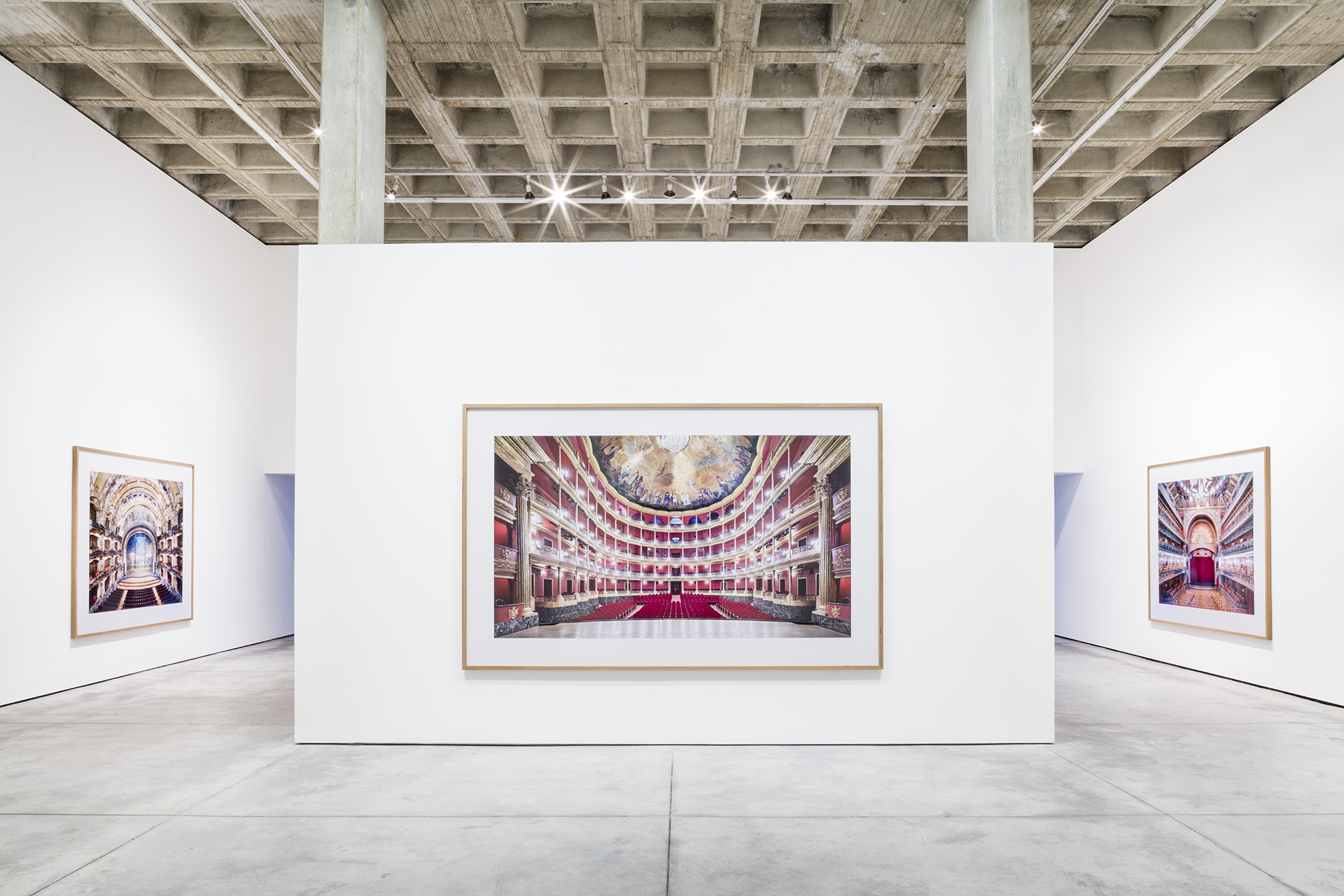 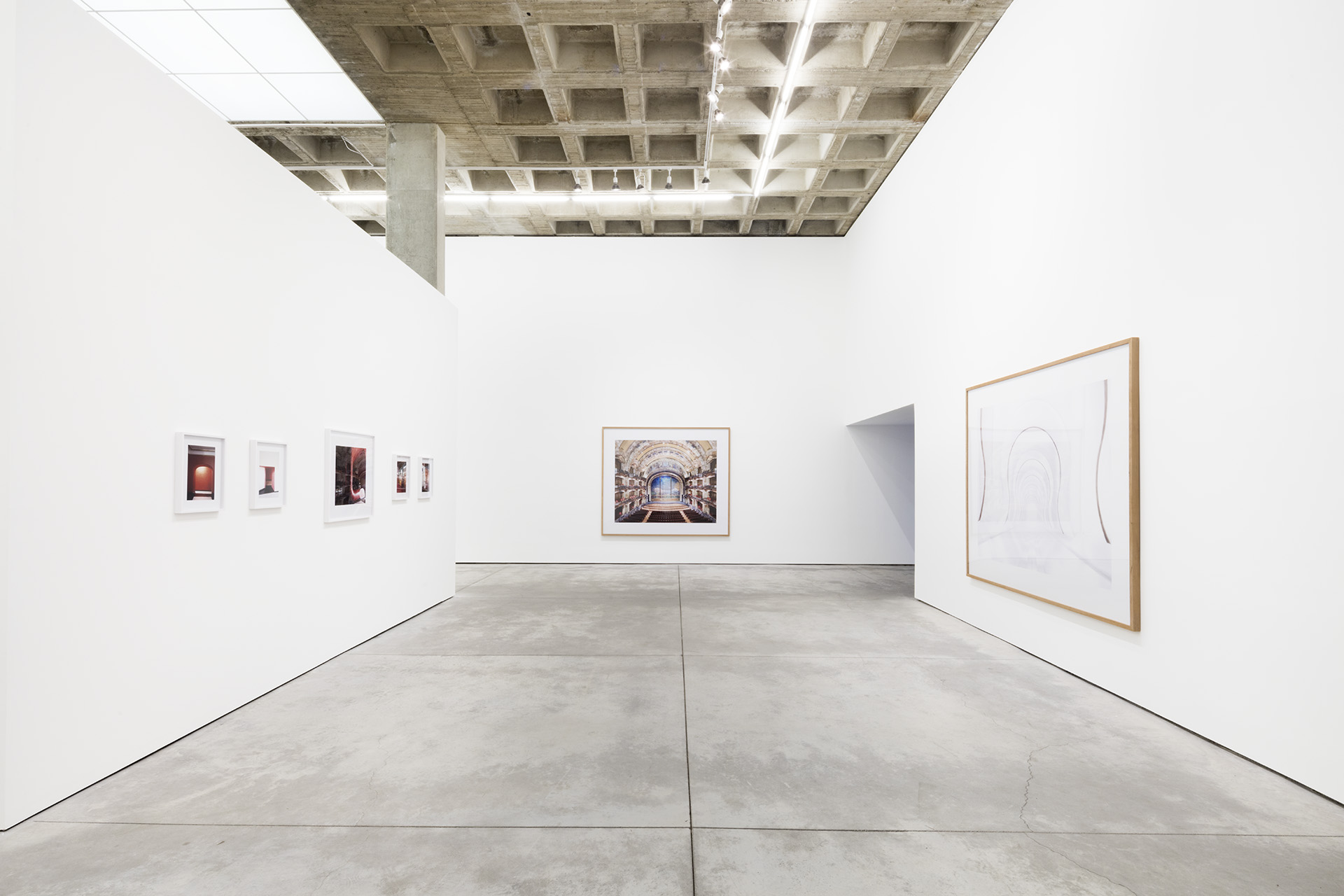 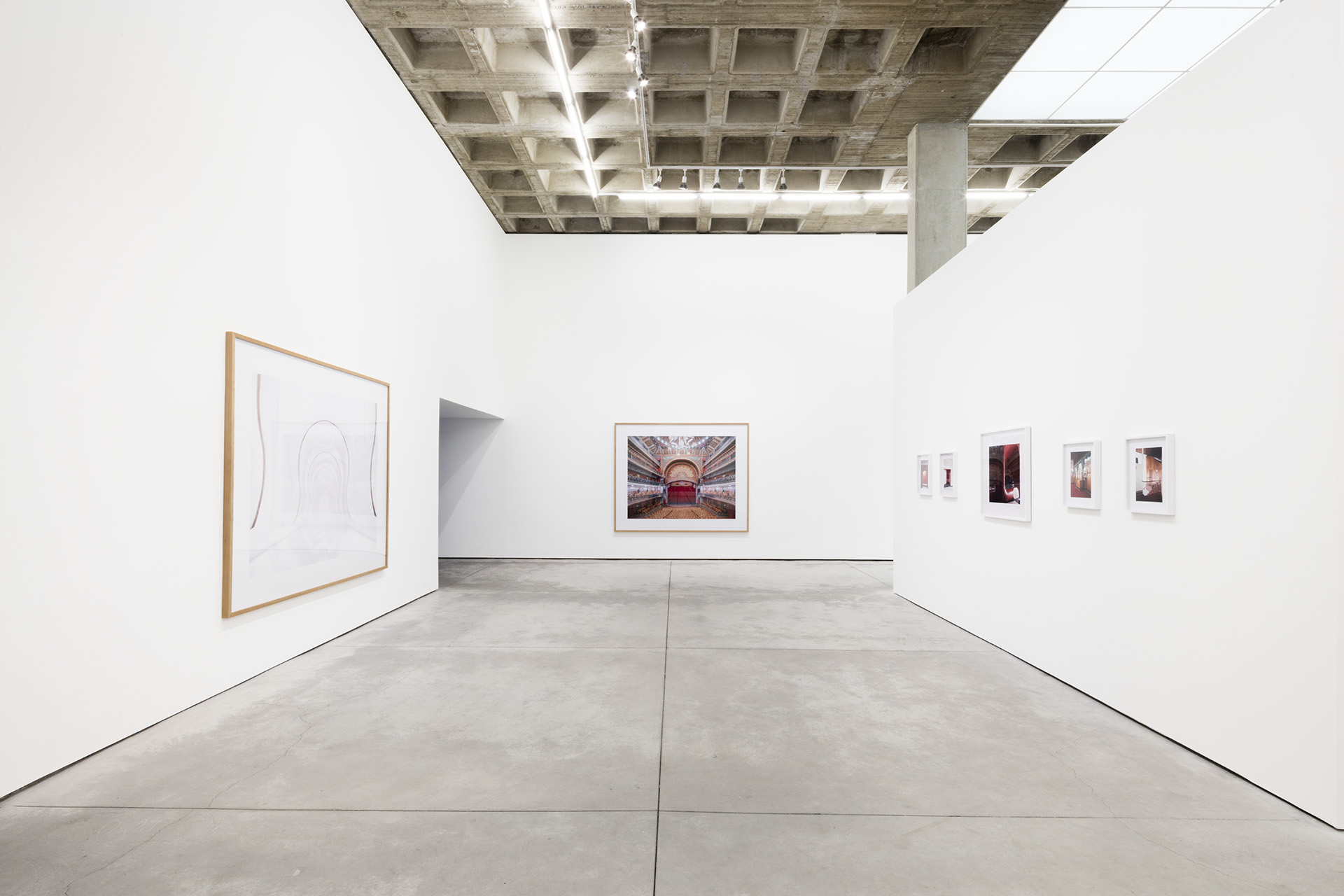 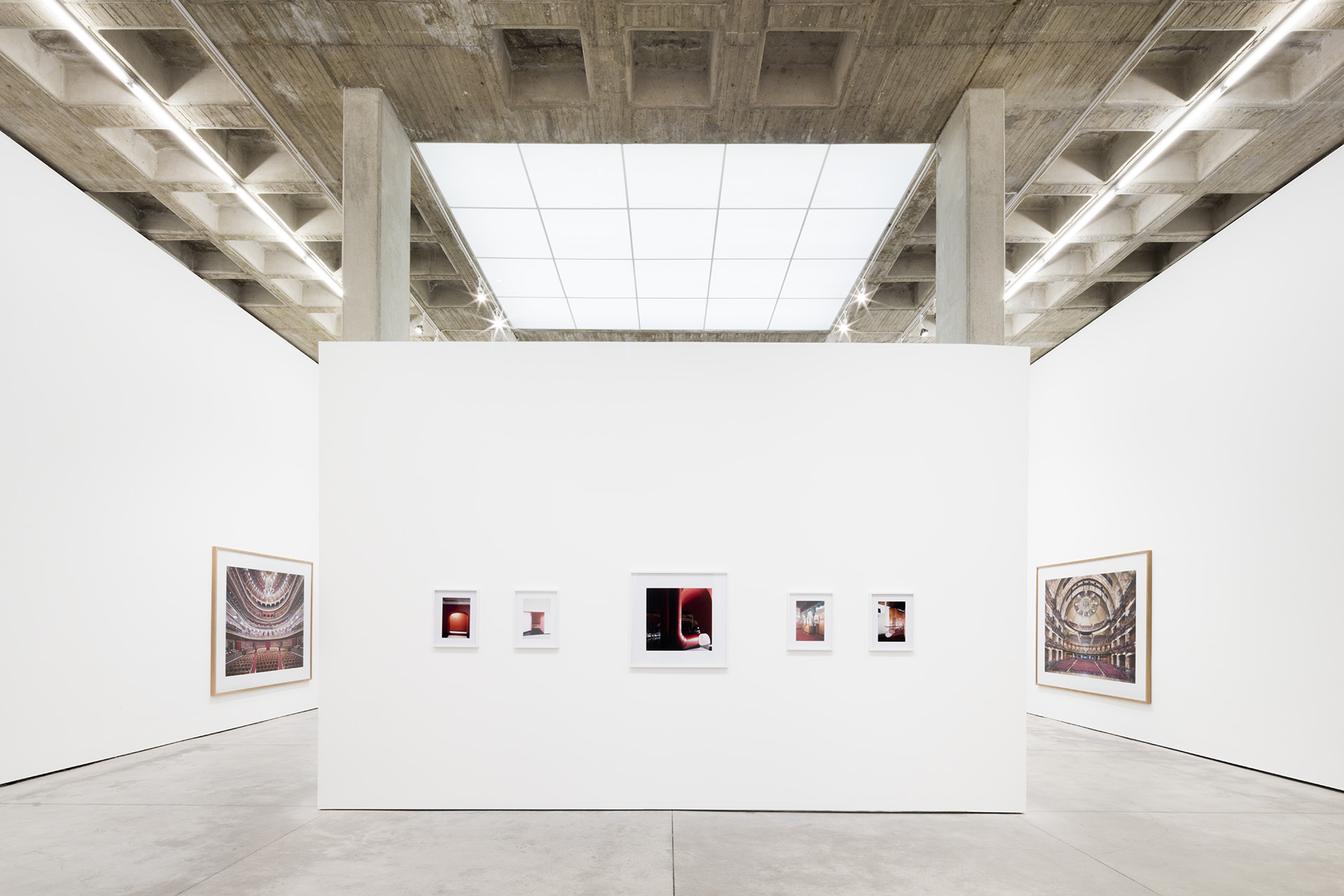 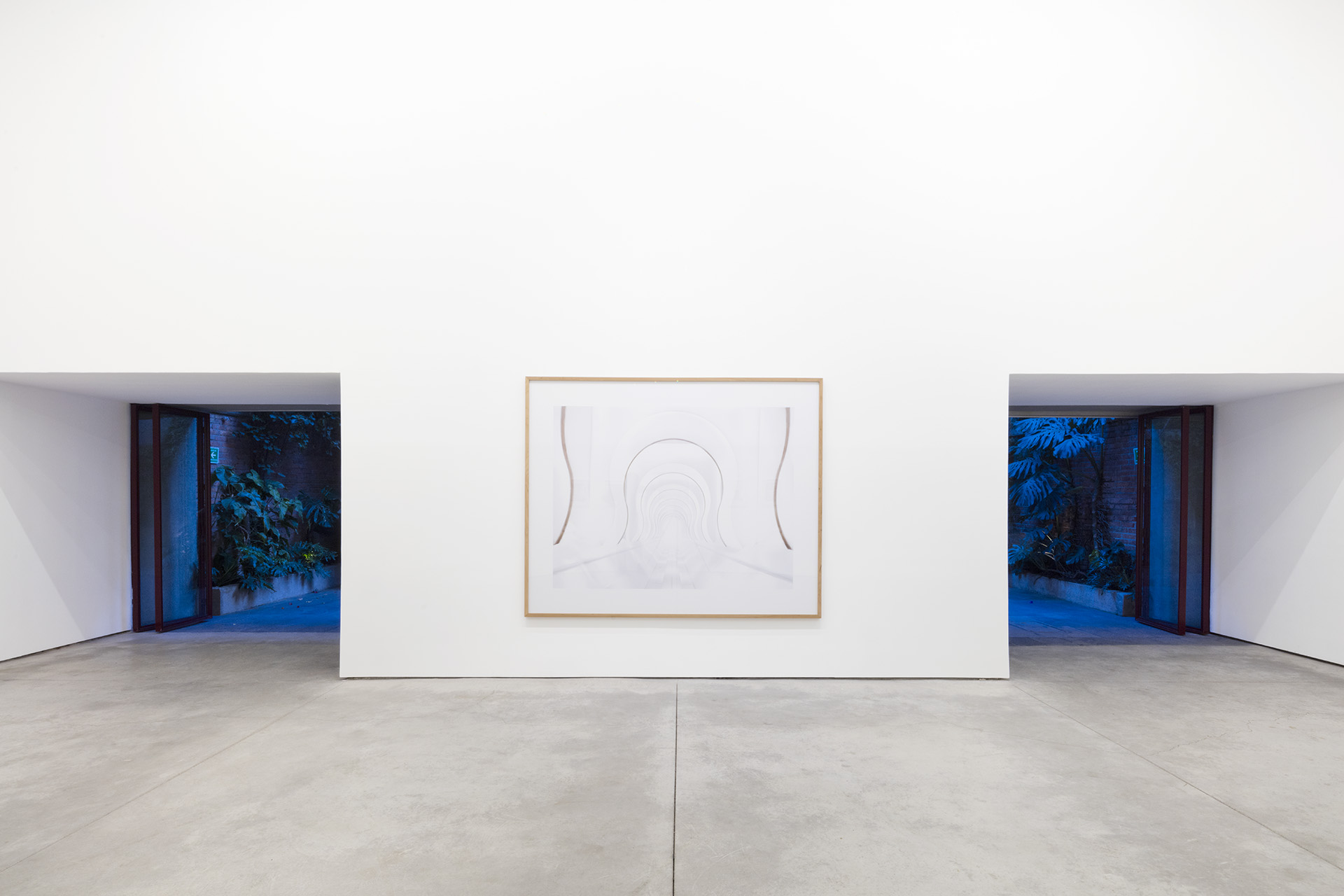 No city of the new continent, without even excepting those of the United States, can display such great and solid scientific establishments as the capital of Mexico.

The Enlightenment is commonly thought as a movement that originated in Germany and France in the 18th Century. But to research further is to uncover the Latin American writers and thinkers who were conceiving similar ideas at the same time. The prominent German scholar Alexander von Humboldt traveled across the continent during this period. On his return he published a detailed account of his visit that includes the above remark on Mexico City.

For the exhibition In Mexiko: Primer Acto acclaimed German artist Candida Höfer (Eberswalde, 1944) visited the country in October 2015, photographing several iconic buildings in the states of Mexico City, Jalisco, Guanajuato, Puebla, Oaxaca and the State of Mexico. Marked by the Dual Year of Mexico and Germany that runs until May 2017, the exhibition will tour to institutions across Mexico, USA and Europe, including the Amparo Museum and Antiguo Colegio de San Ildefonso. Initiated by OMR in collaboration with the Goethe Institute, the project generated an important exchange for Höfer, who for the past forty years has photographed the interior of numerous international venues including the Louvre, The Uffizi Gallery and the Hermitage.

Yet Höfer does not consider herself to be an architectural photographer. In her words “an absent visitor is frequently the topic of conversation”: the absence of ´the visitor´ heightens their presence. In addition to photographing empty theatres, libraries, palaces and churches – each of which span various sociohistorical contexts – a significant body of work is Projects: Done, fourteen series of photographs from 1968 to 2008 in which subjects range from the City of Liverpool to Turkish immigrants in Germany. Addressing the consequence of displacement the artist can be seen as anthropologist. In this way Höfer´s practice reveals cross-cultural exchange via symmetry, light and vacant space.

The images exhibited as part of In Mexiko: Primer Acto are distinctly Mexican whilst foreign influences are also apparent: for example the Popocatépetl and Iztaccíhuatl volcanoes on the stage curtain of the Palacio de Bellas Artes, designed by American luxury brand Tiffany. Yet not one element exceeds the other and instead commonly identified sensations take precedence. Whether it is the palpable richness of the velvet curtains at Teatro Juárez, Guanajuato, or the smaller photographs of backstage doorways and staircases, these works visually bridge public and private experience, regardless of nationality.

An enigmatic figure in Mexican history who can be seen to channel this shift of the public-private axis is Sor Juana Inés de la Cruz. She was controversial during her lifetime – seeking to educate herself in a patriarchal 17th Century society, prior to The Enlightenment – and since, due to political ownership of her belongings. De la Cruz was an obsession for writer Octavio Paz. He published the essay Sor Juana Inés de la Cruz: or the traps of faith in 1982, highlighting the difficulties of her existence in colonised Mexico, then known as New Spain and why she subsequently had to renounce literature. In her poem Sentiments of the Absent, de la Cruz can be seen to pre-empt her preclusion from writing, whilst capturing the crux of In Mexiko: Primer Acto

If you see the clear sky,

Such is the simplicity of my own soul;

And if, of miserly light,

Of shadows that cloak the clear day,

It is with your darkness and your harshness,

An image of my life appears in this absence.