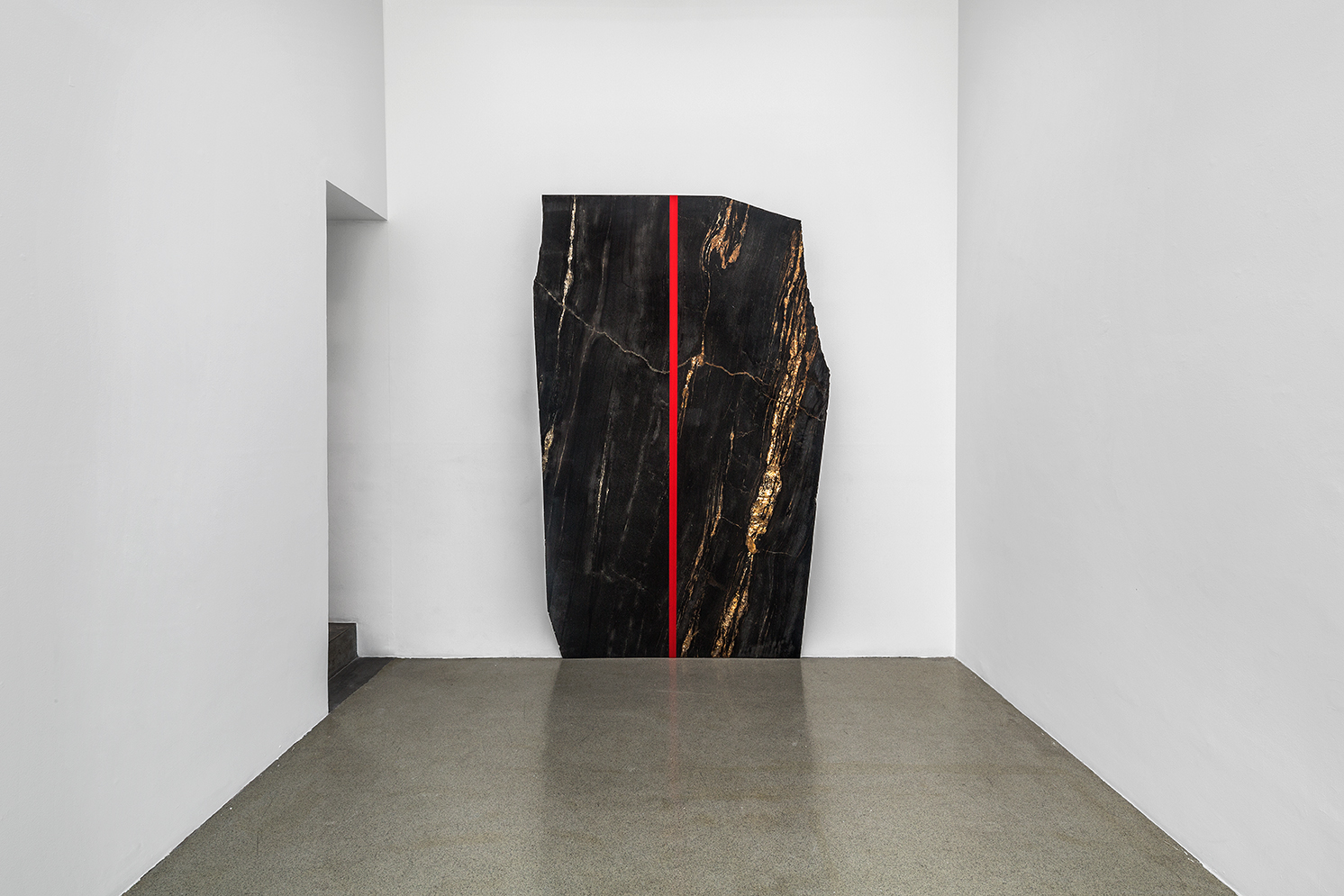 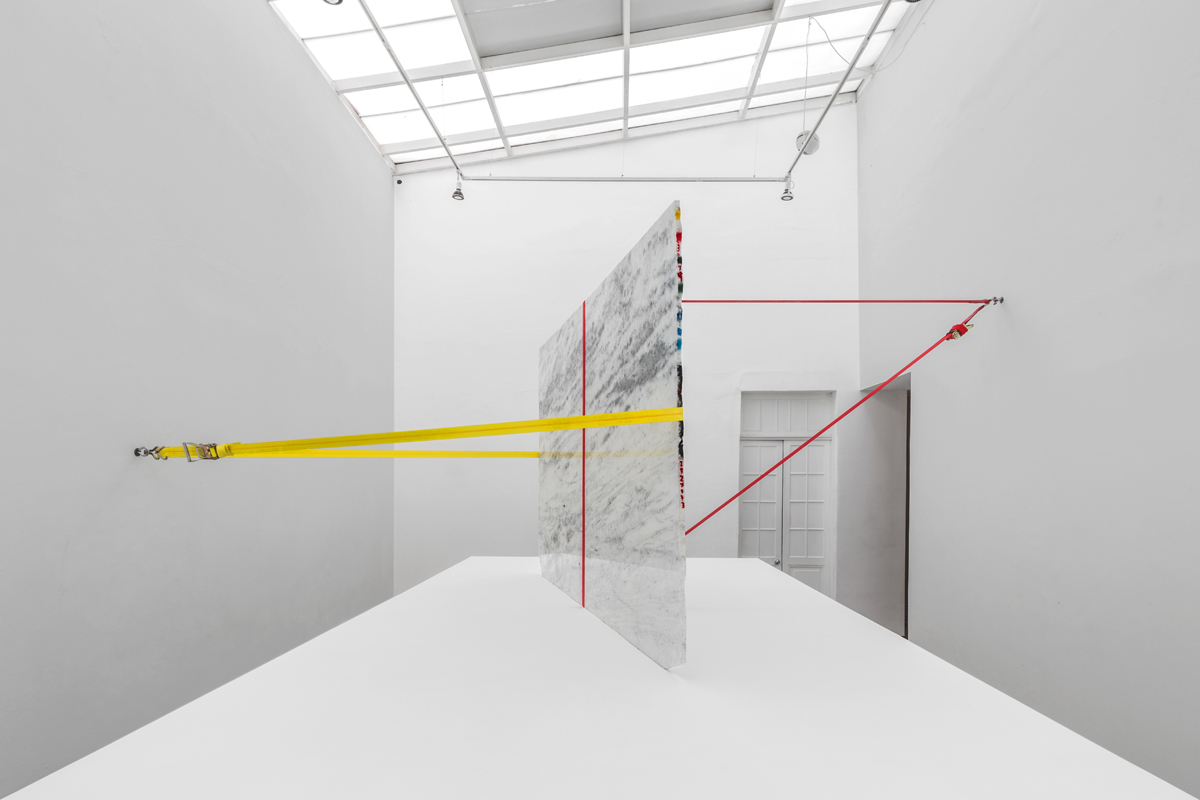 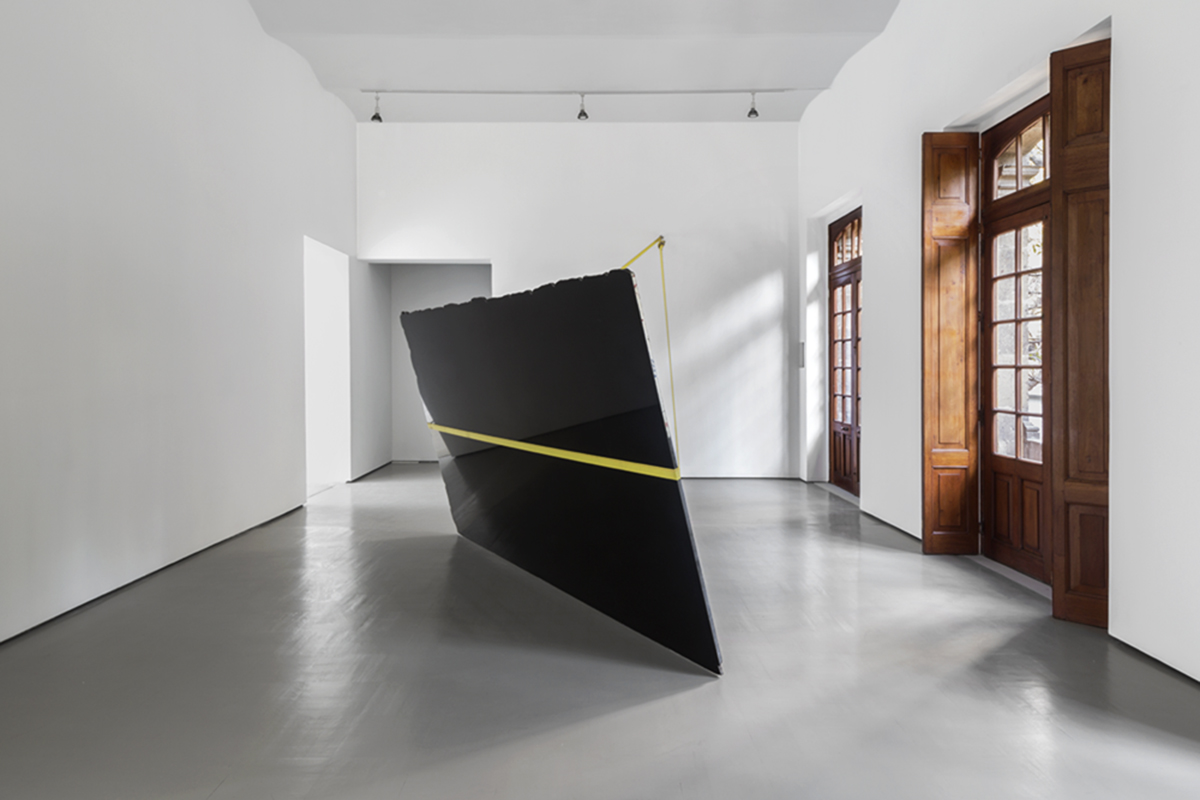 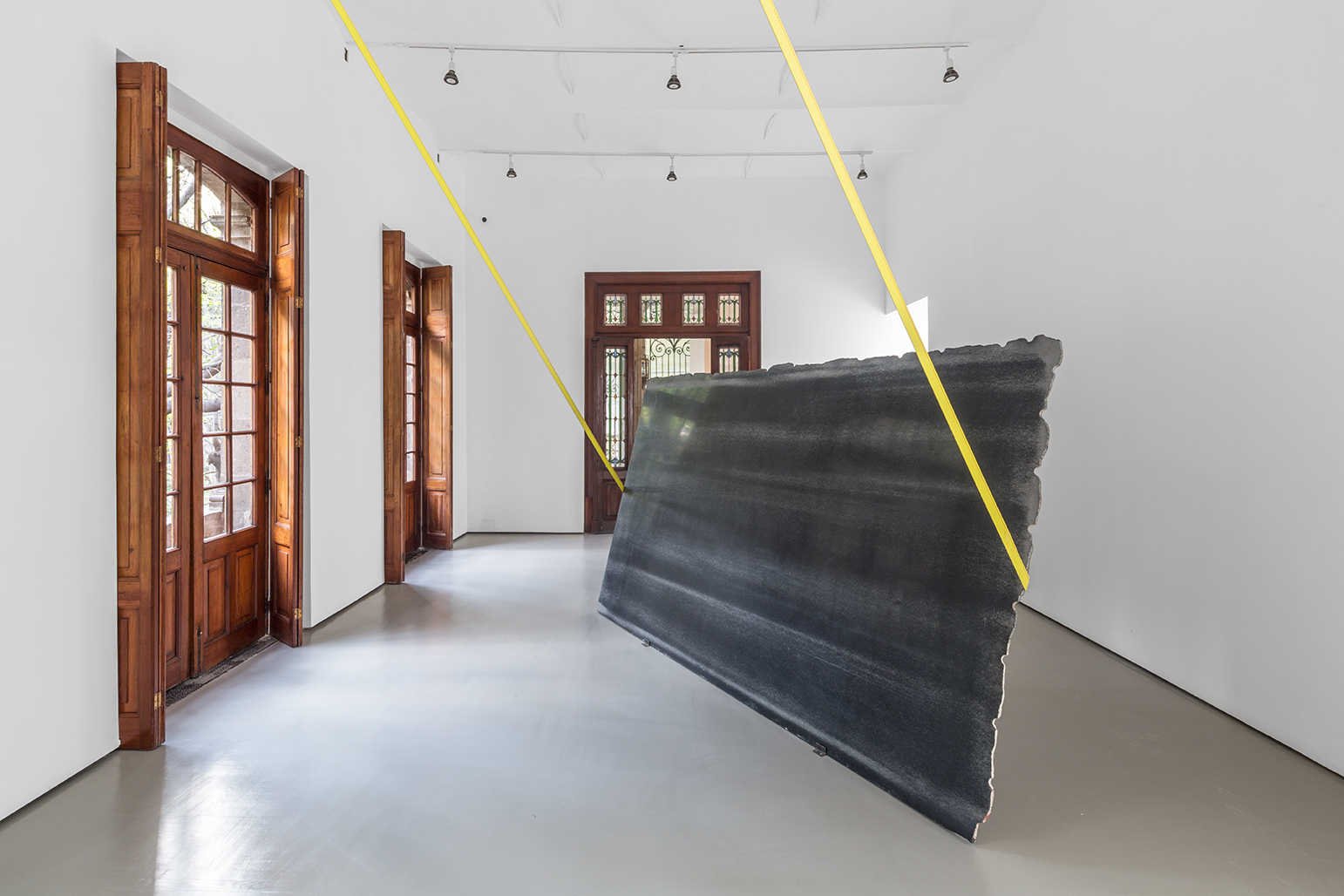 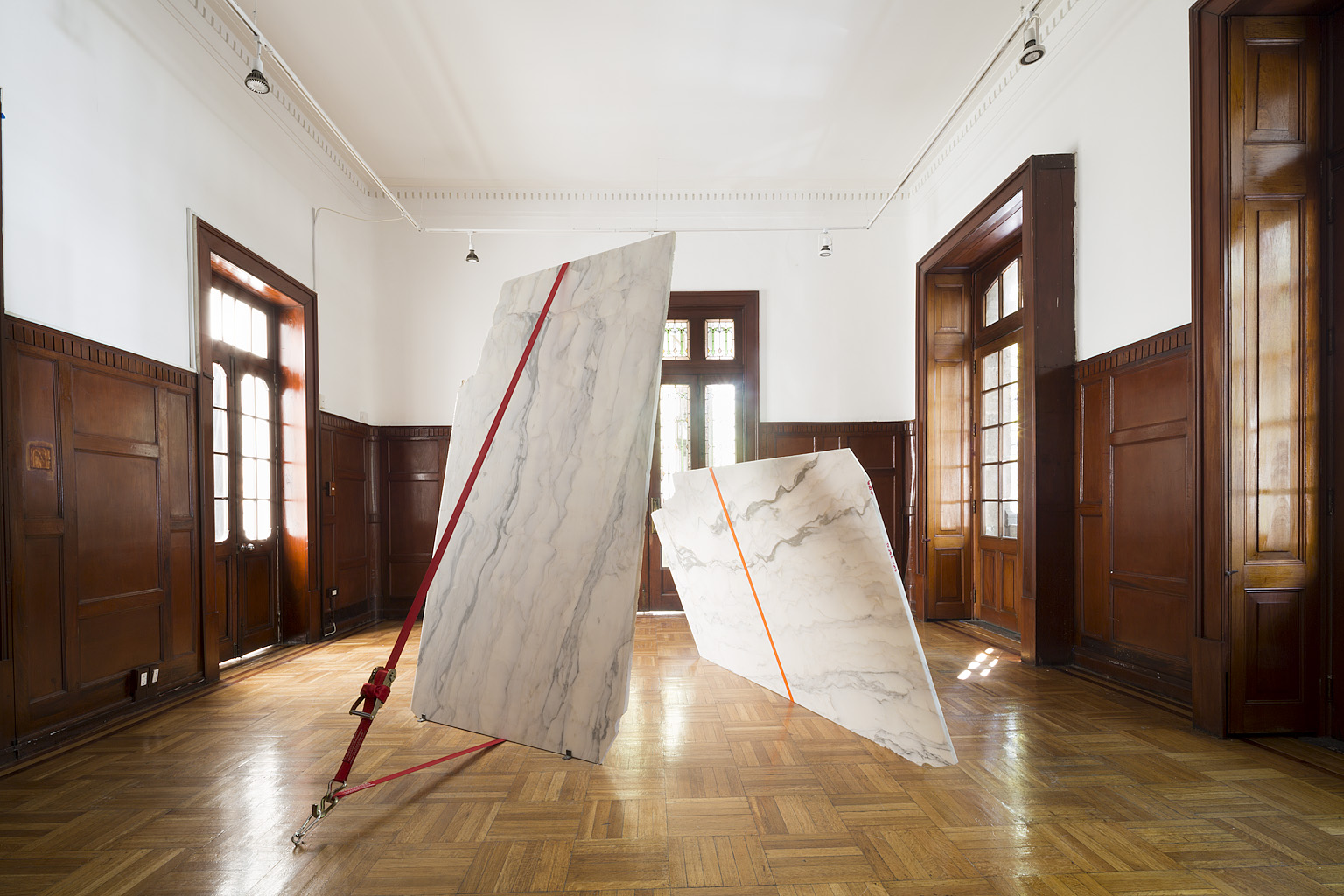 …Nevertheless, everything remains without change in State of Rest.

Francis Bacon noted that a state of total rest could just be found in the depths of earth, perhaps, in some region close to the place where these limestones come from. The state of rest is in fact relative; it is the result of an impediment to act because of external obstacles. In this series of compositions of disturbing tranquility, marble does not rest serenely; the apparent calm of the sculptures is the result of force balance, support and the natural appetite to fall down to the floor.

Rest, as a patient waiting, is possibility and pure potency, is suspension and suspense; it is as Bartleby the Scrivener’s formula, it is epoché. State of Rest is a pause becoming discontinuous forms, which, in spite of remaining as forms, reveal the sense of their interrupted movement. Resistance to change the movement and direction of the inertial compositions generates a looming battle, manifested in the force and power of the strokes that trace the figure and, at the same time, limit the movement and submit it to rest.

The slabs are supported by a simple gesture of just a few traces reliant of their point of origin, a point that also marks where to return to, so the geometry of the system works. Points, lines and planes are basic elements of drawing; eyebolts, belts and marble are basic elements of Architecture, composition and construction. The results are static, spatial and abstract forms, a mixture of constructive experiment, sculpture and drawing.

The shape remains the same and finds its expression by the internal and organized summation of the system of tensions that creates it. It outlines a tension between the conflict of forces and a possible synthesis as a result of the intensity of the construction. A conflict or struggle without capitulation, unsolved, paused, interrupted. However, it is not just about the balance of a neutralized conflict, it is also an exhaustive functionalization of the elements comprising the structural system. None of the elements can be released; they are submitted to a law, a work and the intensity of an order. Each element has been disposed in favor of the plastic and pictorial dimensions of the structural system.

Dávila draws as a balancer, weights up a zero degree of the sculptural form of the instant just before an imminent fall. The artist traces a movement and suspends it, holds it on the limits knowing that any hesitation would designate the instant of failure. Even in its dead calm, the slab hopes to continue its movement, quietly waiting for another moment that puts an end to the rest. It opposes its weight to the strength and will of the belt. Perception can only rush to sense and deduce the ending of this movement; the scale is not symmetrical within this balance of forces as it leans over a devastating side.

This occasion of rest is clearly of extreme fragility, it is impossible not to consider the possibility of failure of the system and the disinterested and suspended contemplation becomes fearful before the precariousness of the attained balance. It also recalls what Borges described as the aesthetic event: “that imminence of a revelation that is not yet produced.” Thereby, Dávila’s work pauses the disaster in an unsolved tension, suspends the course before an ending that can now only be contemplated.