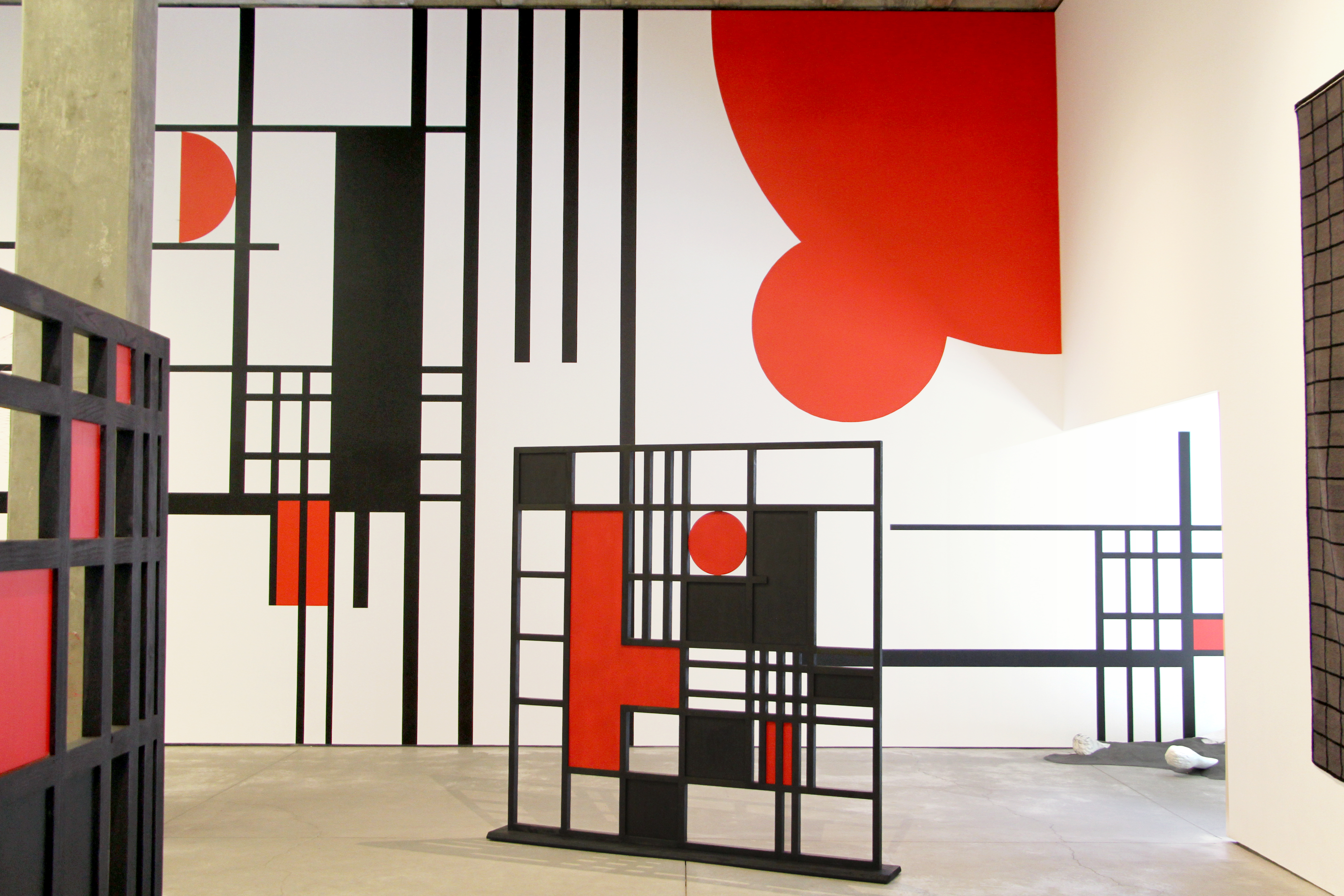 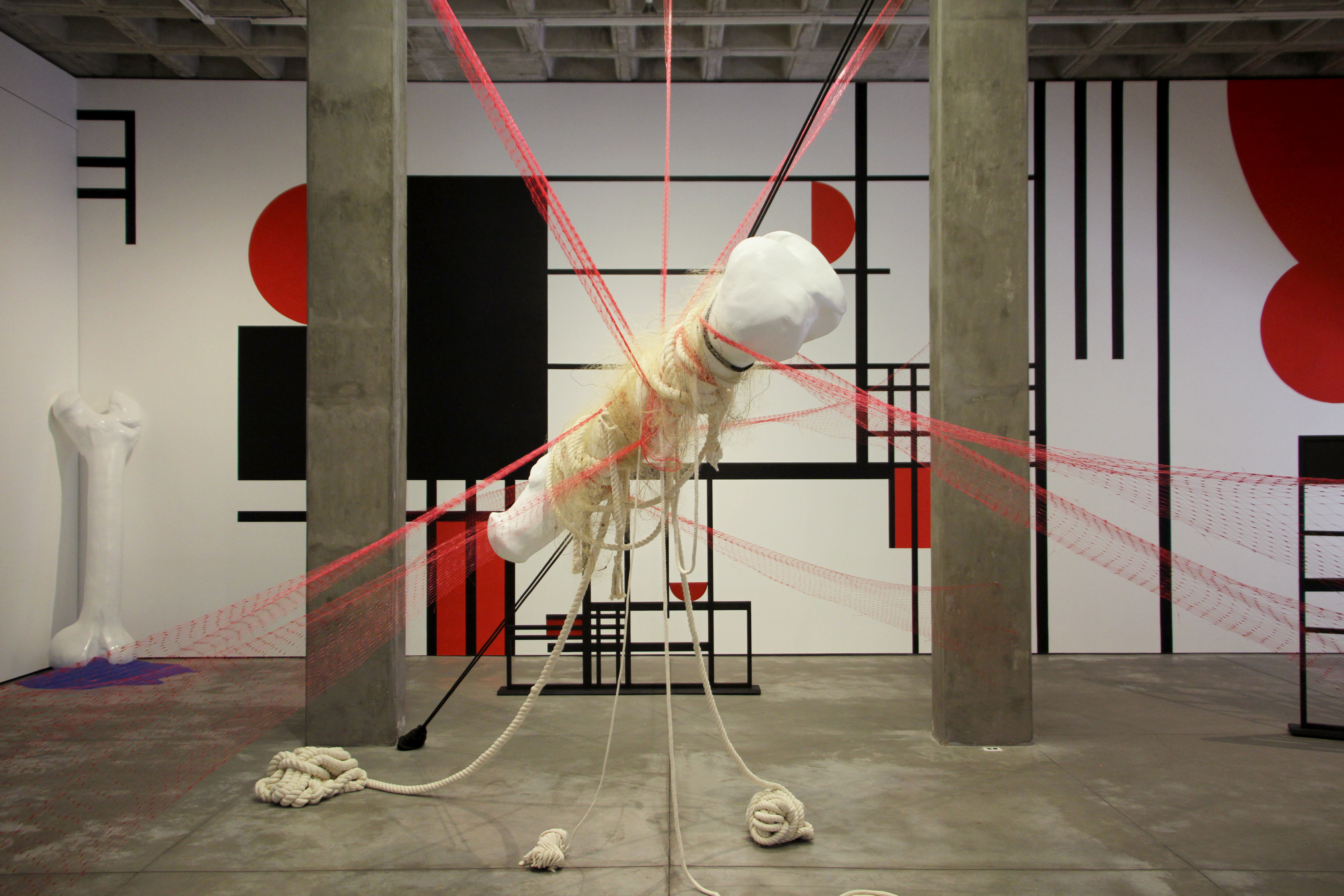 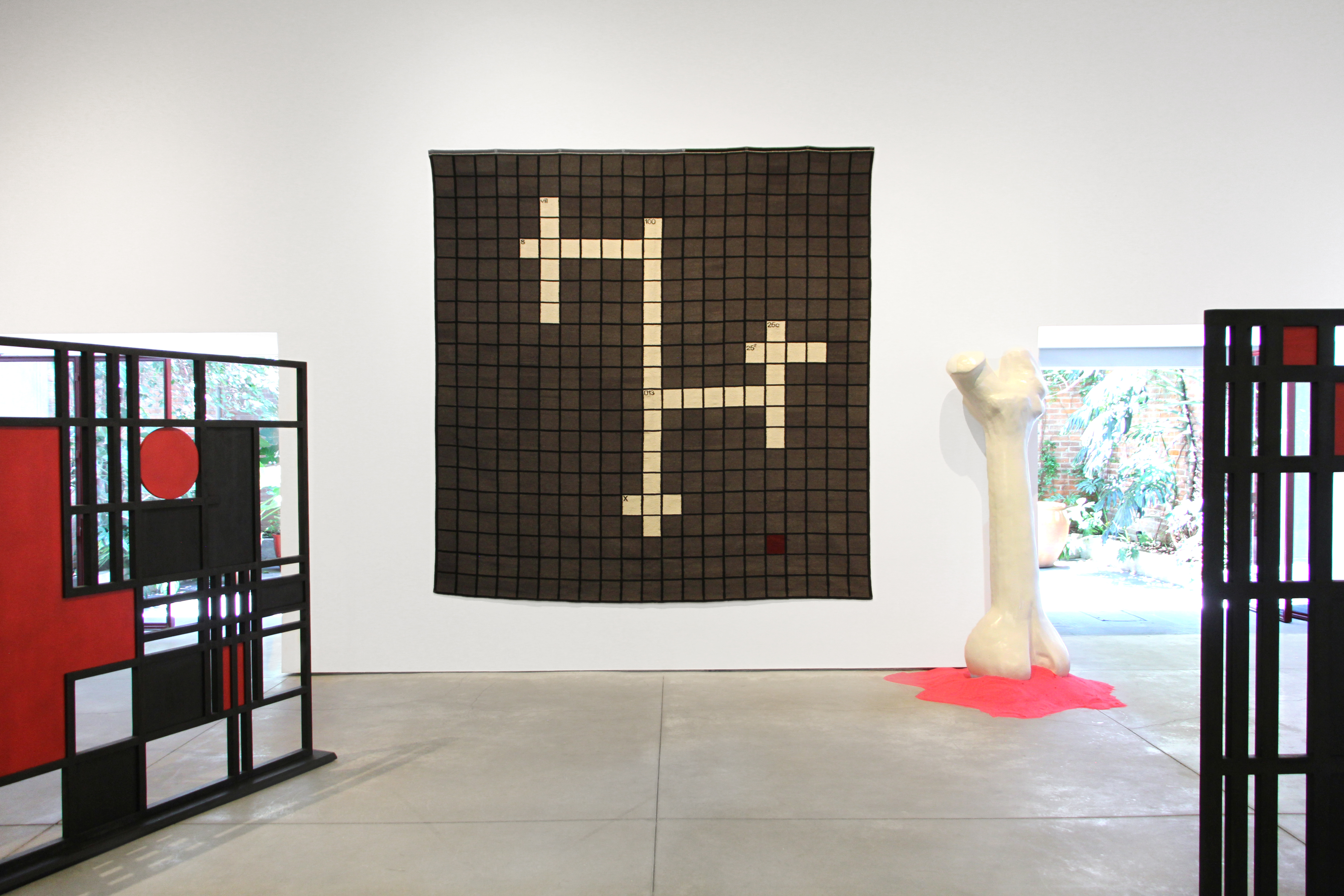 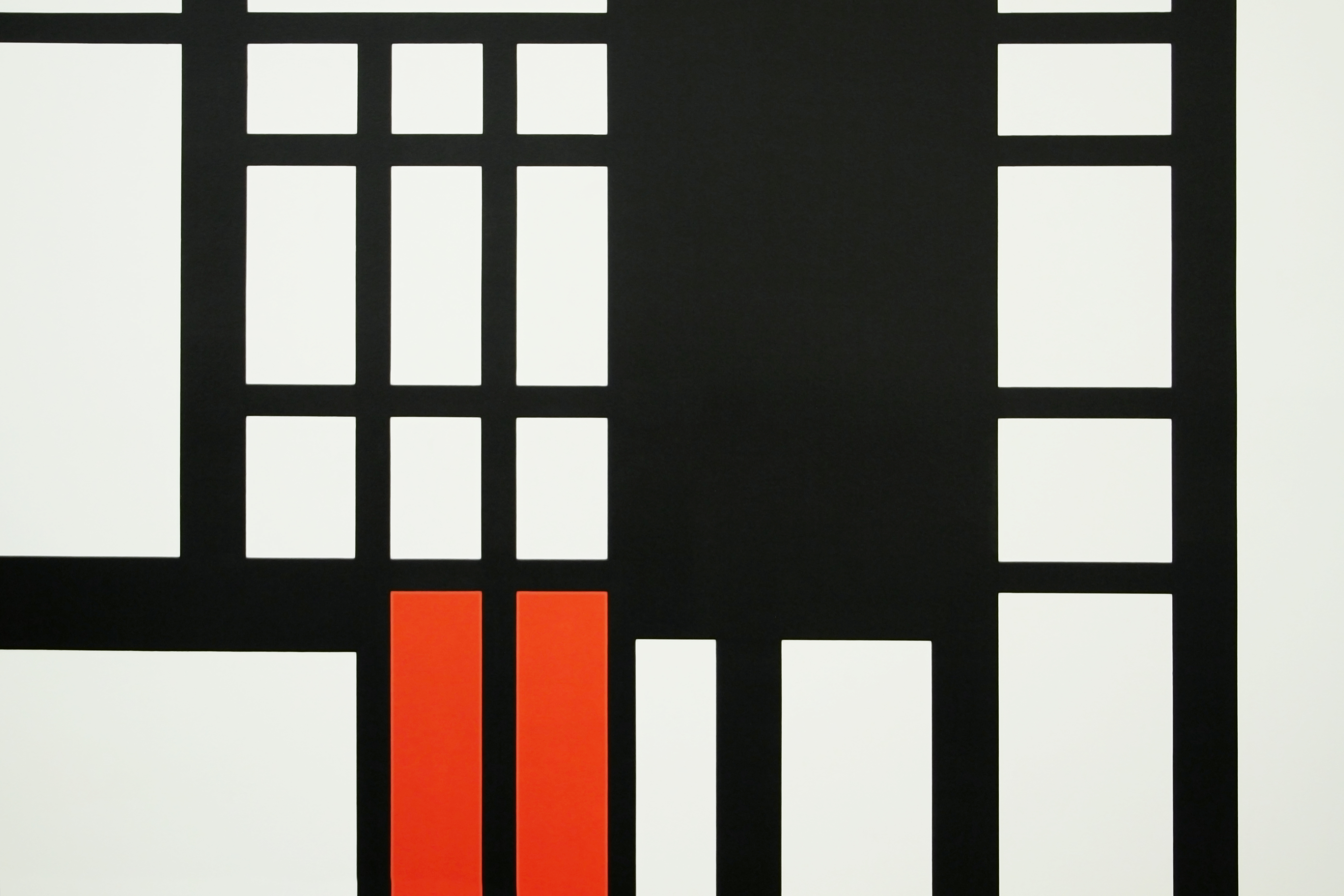 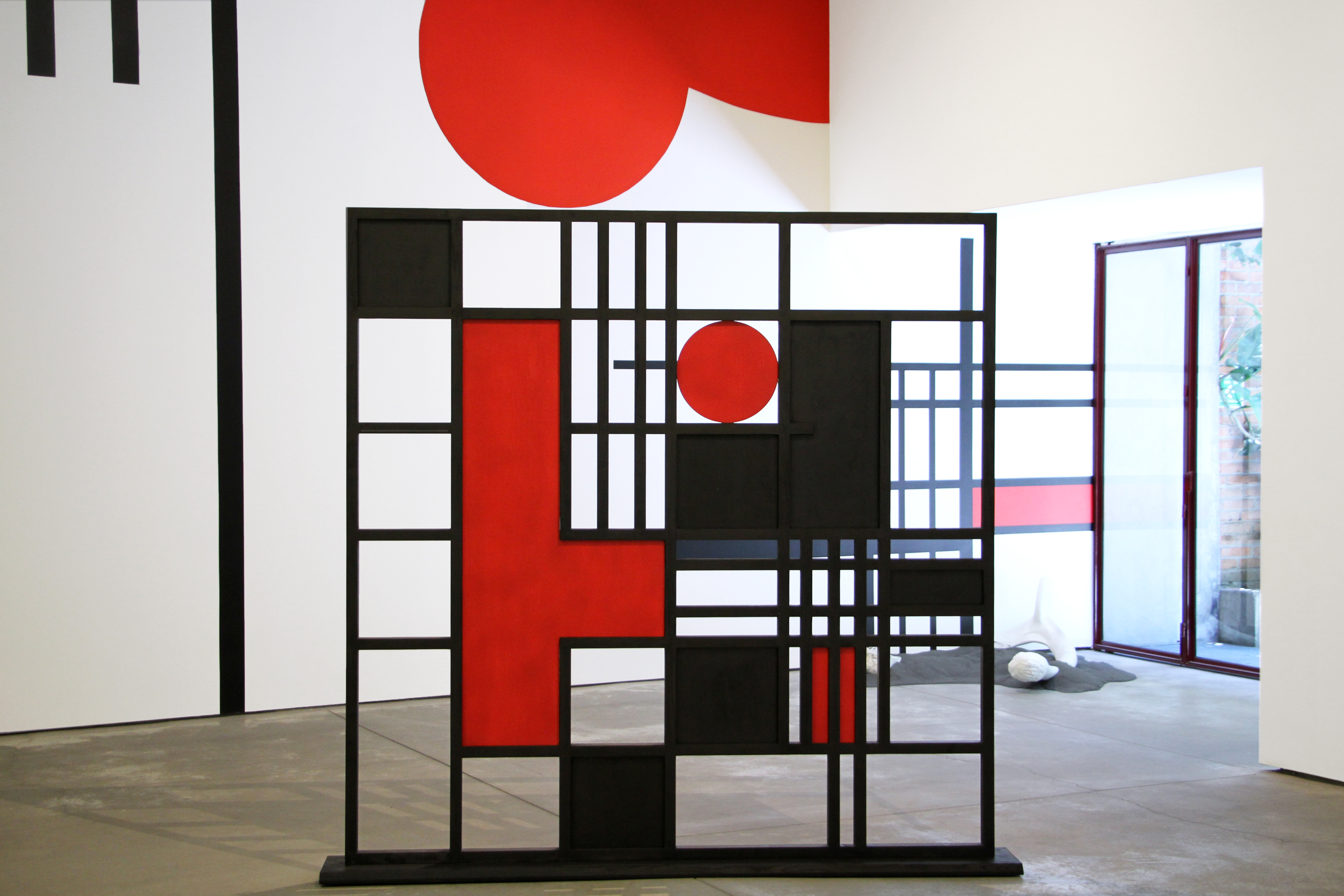 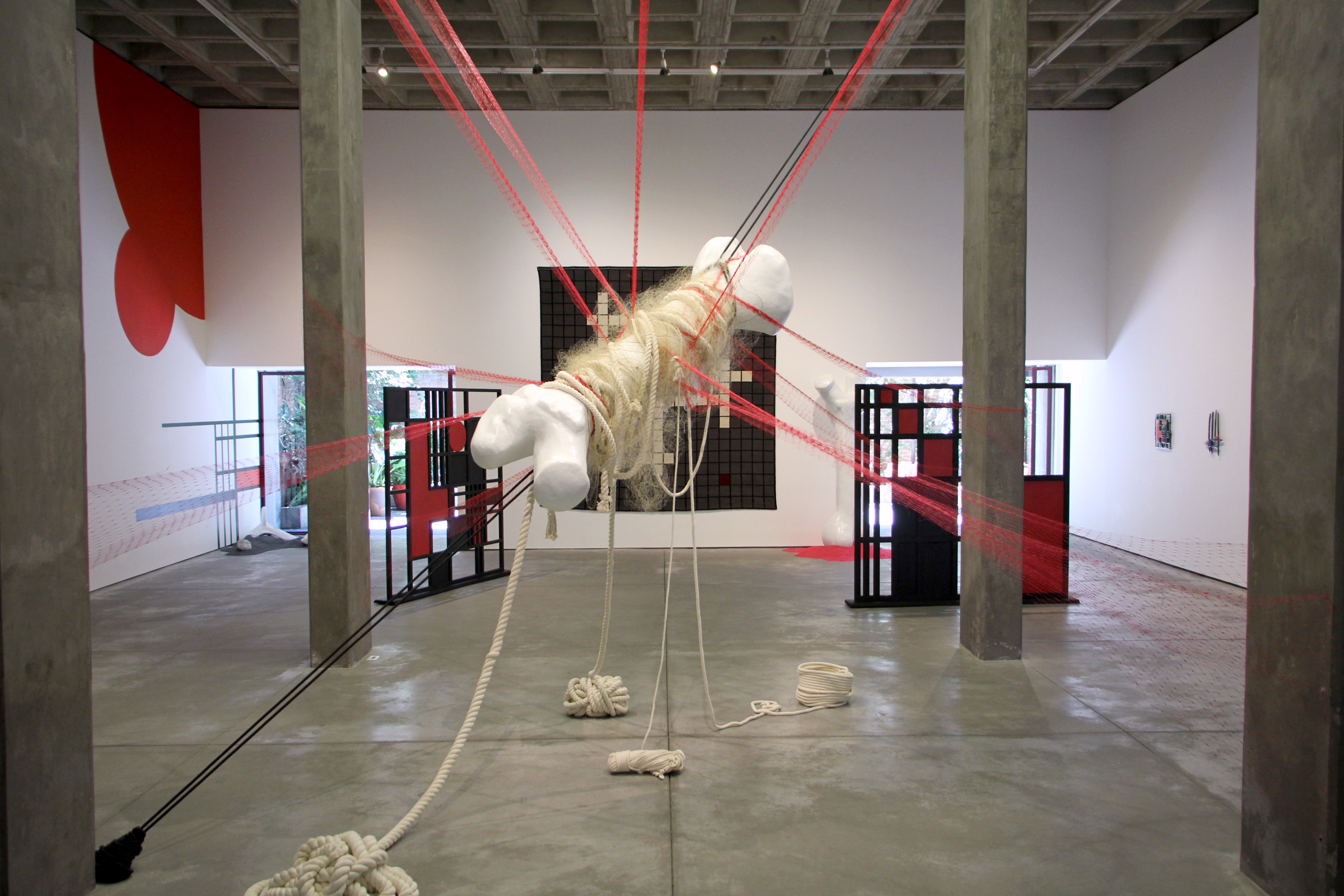 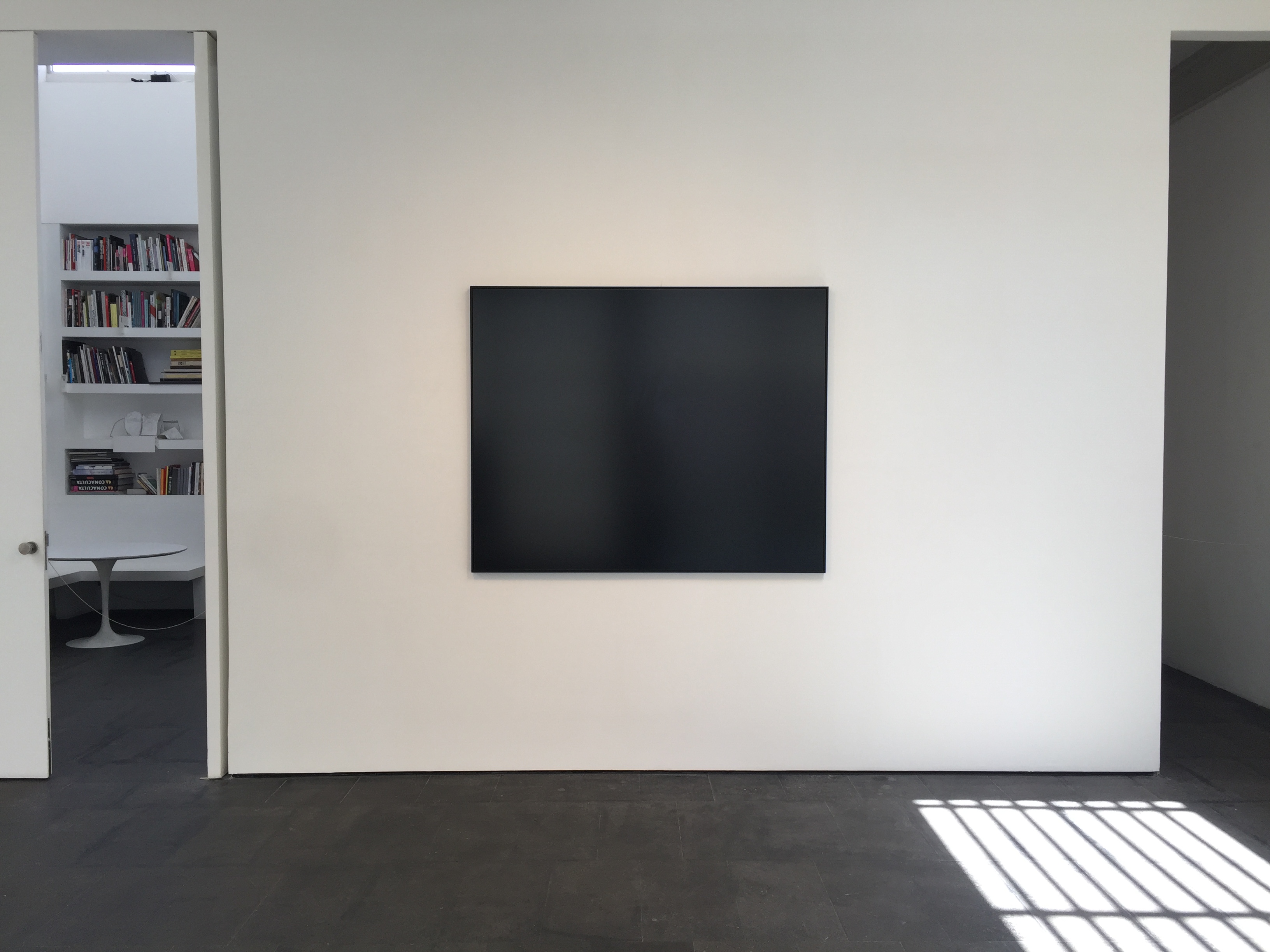 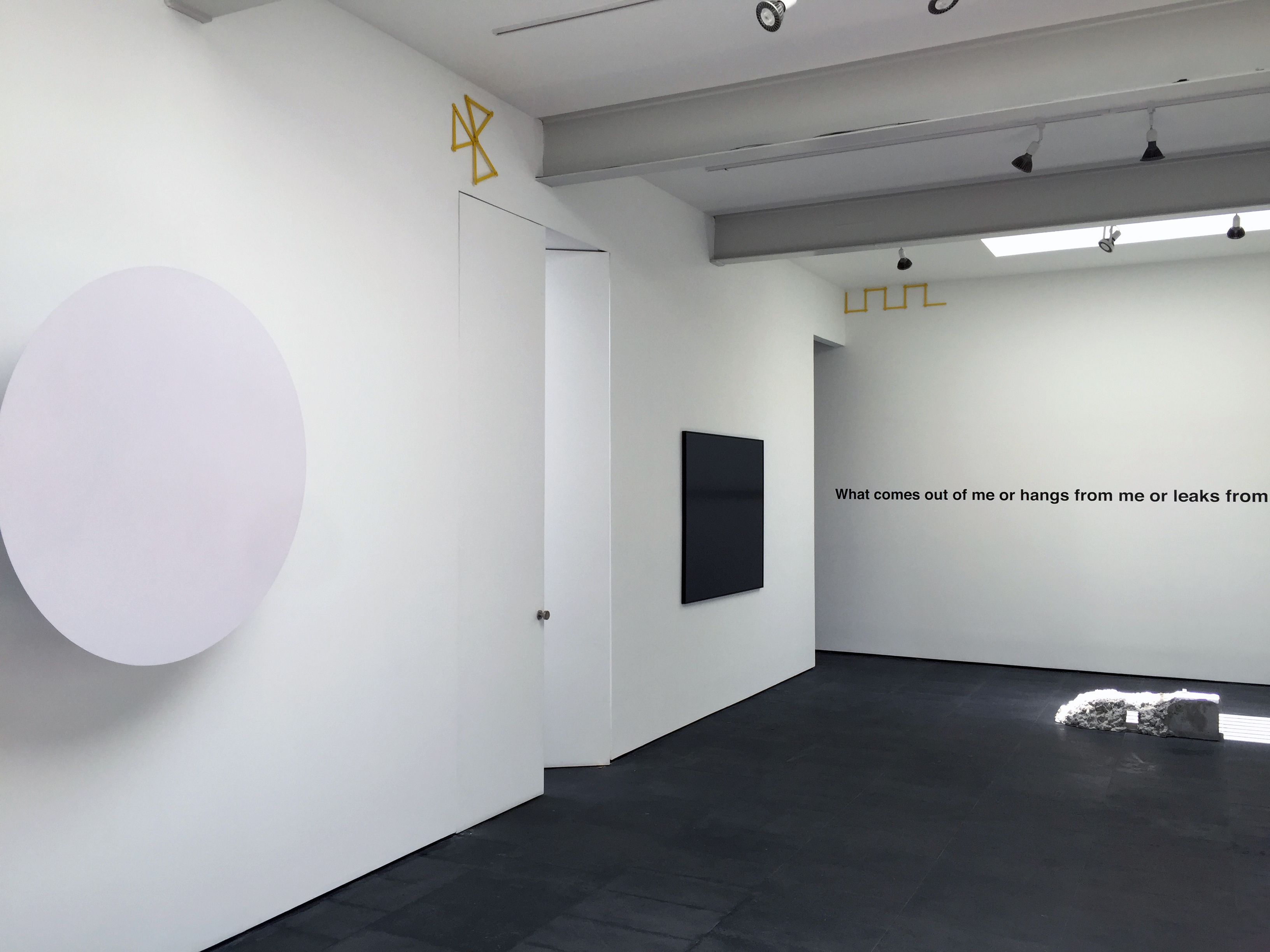 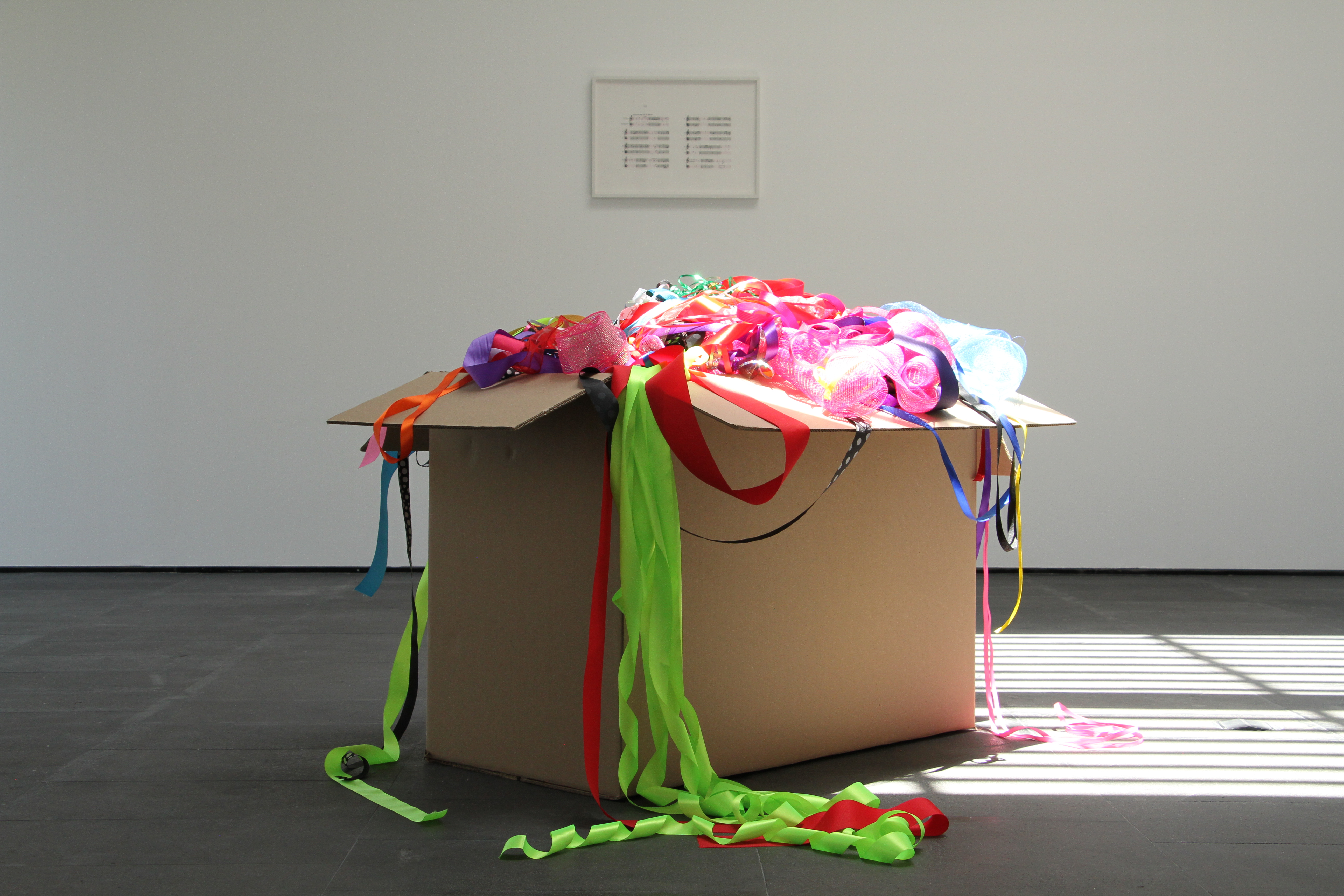 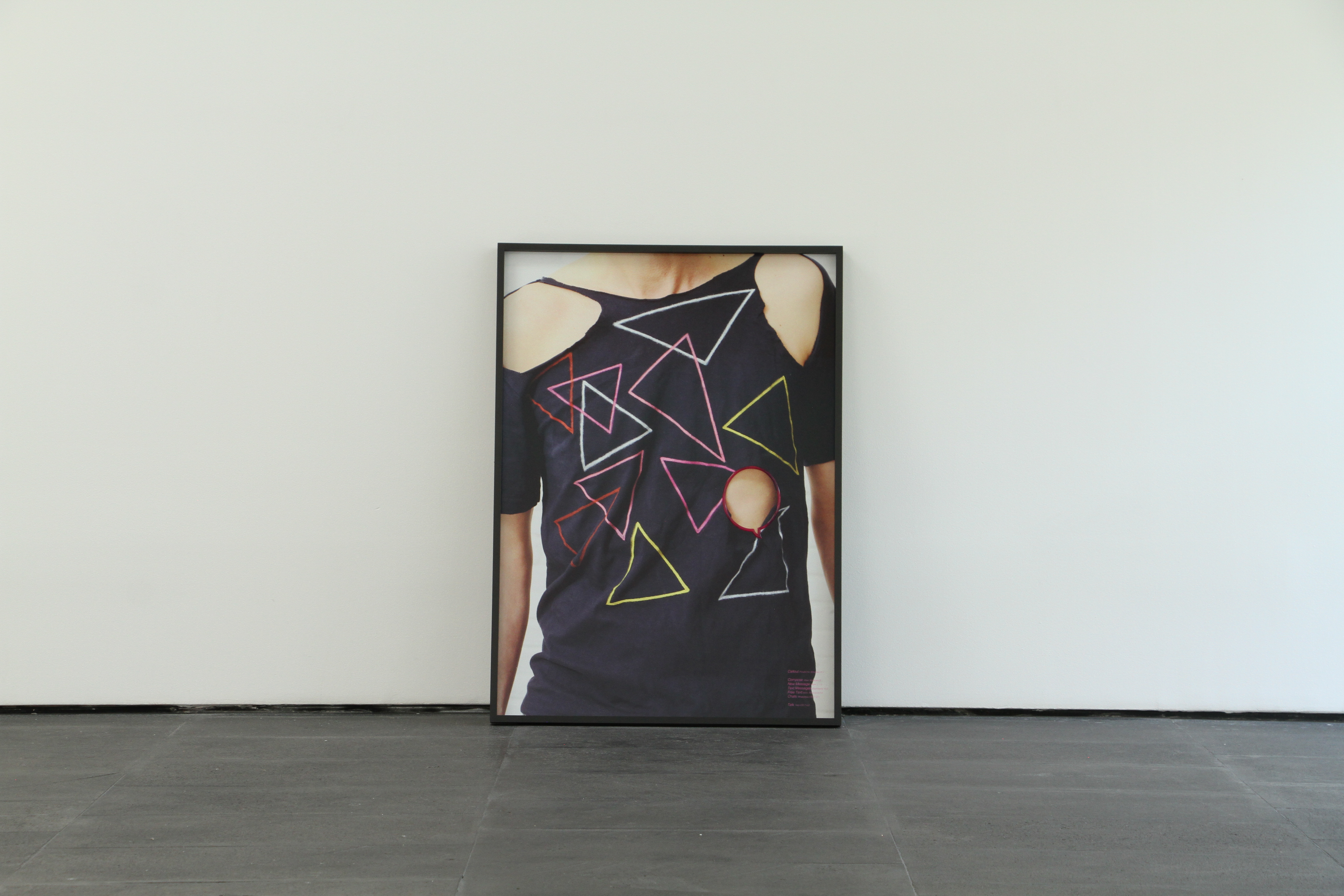 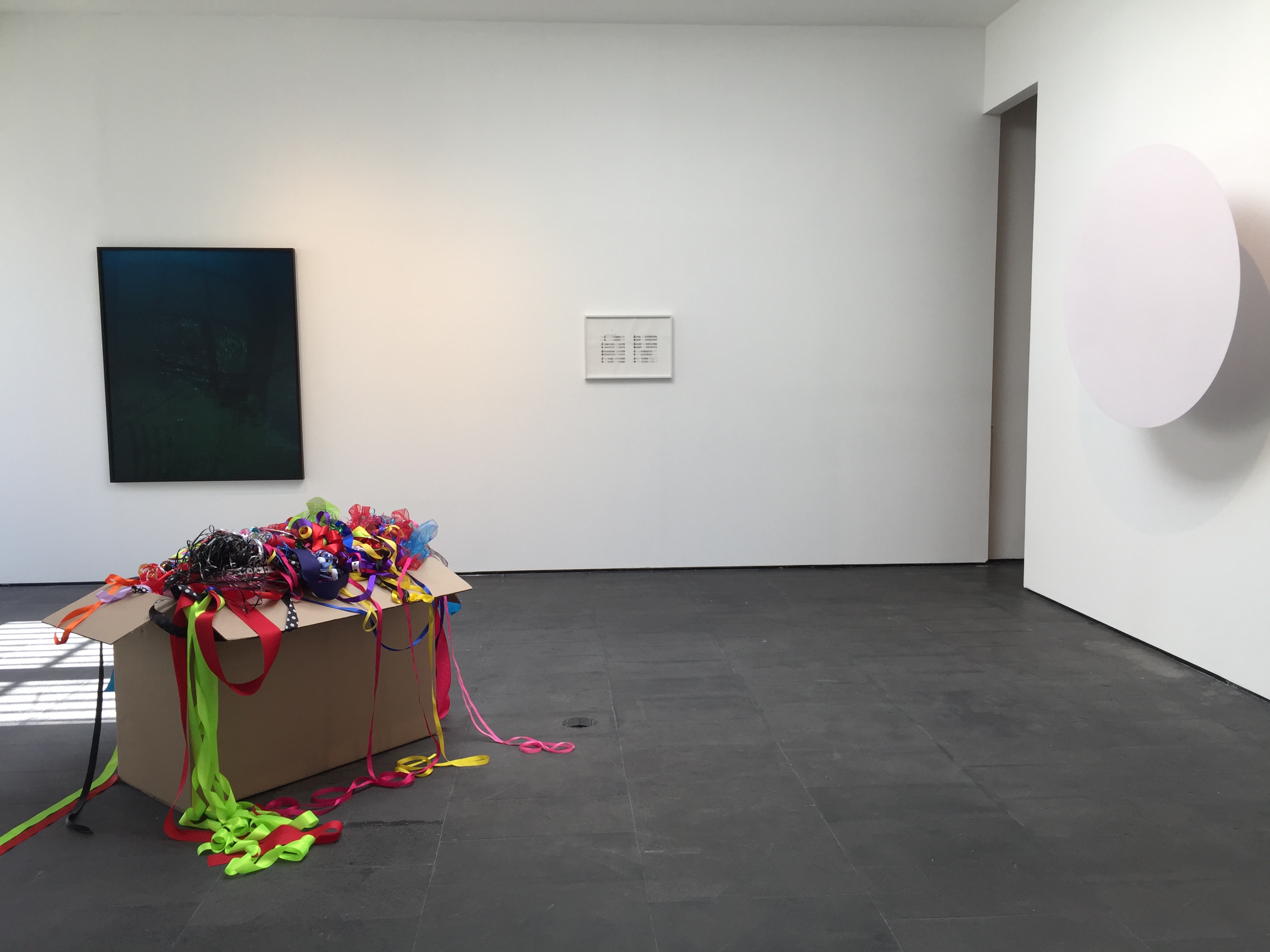 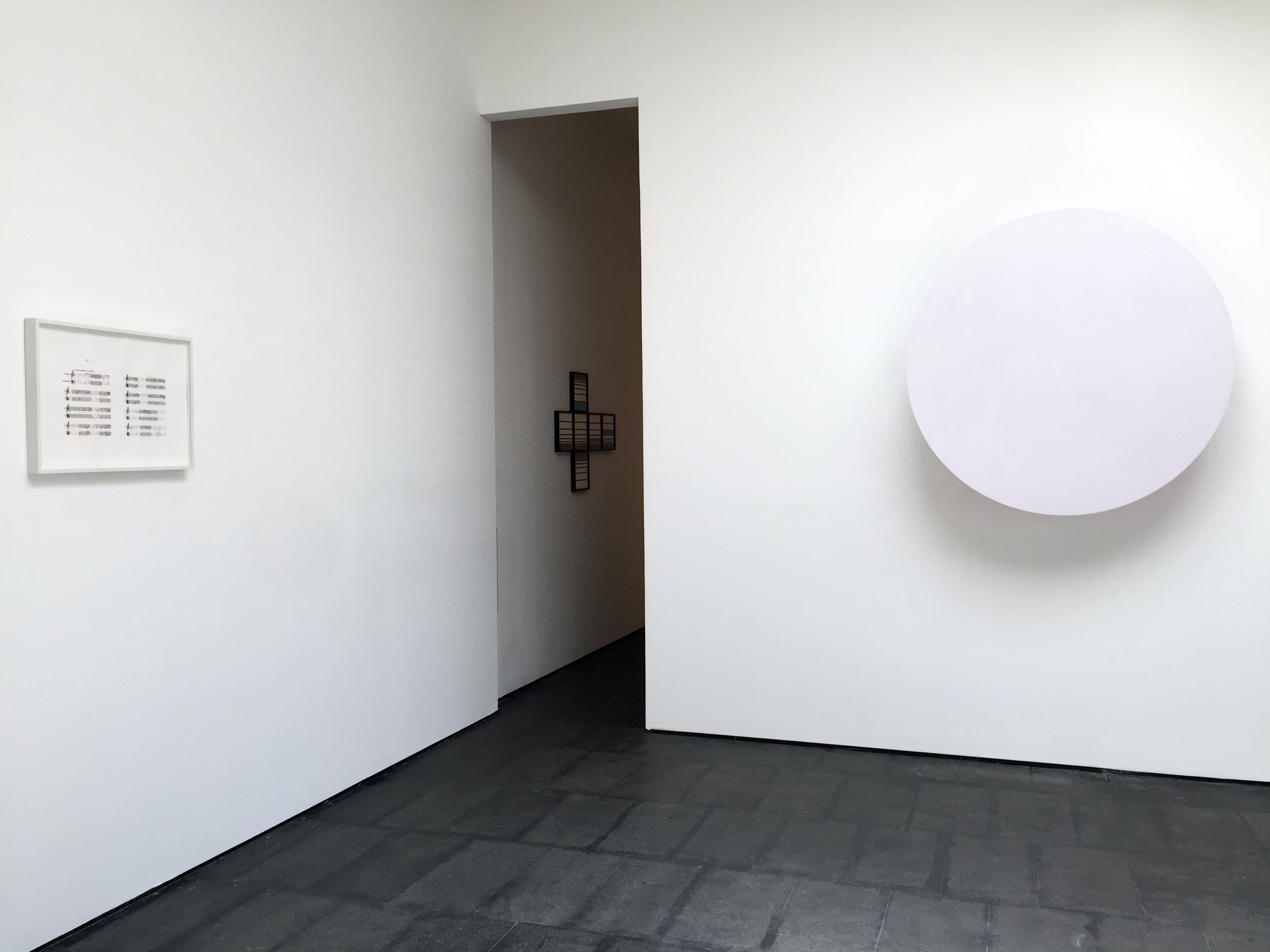 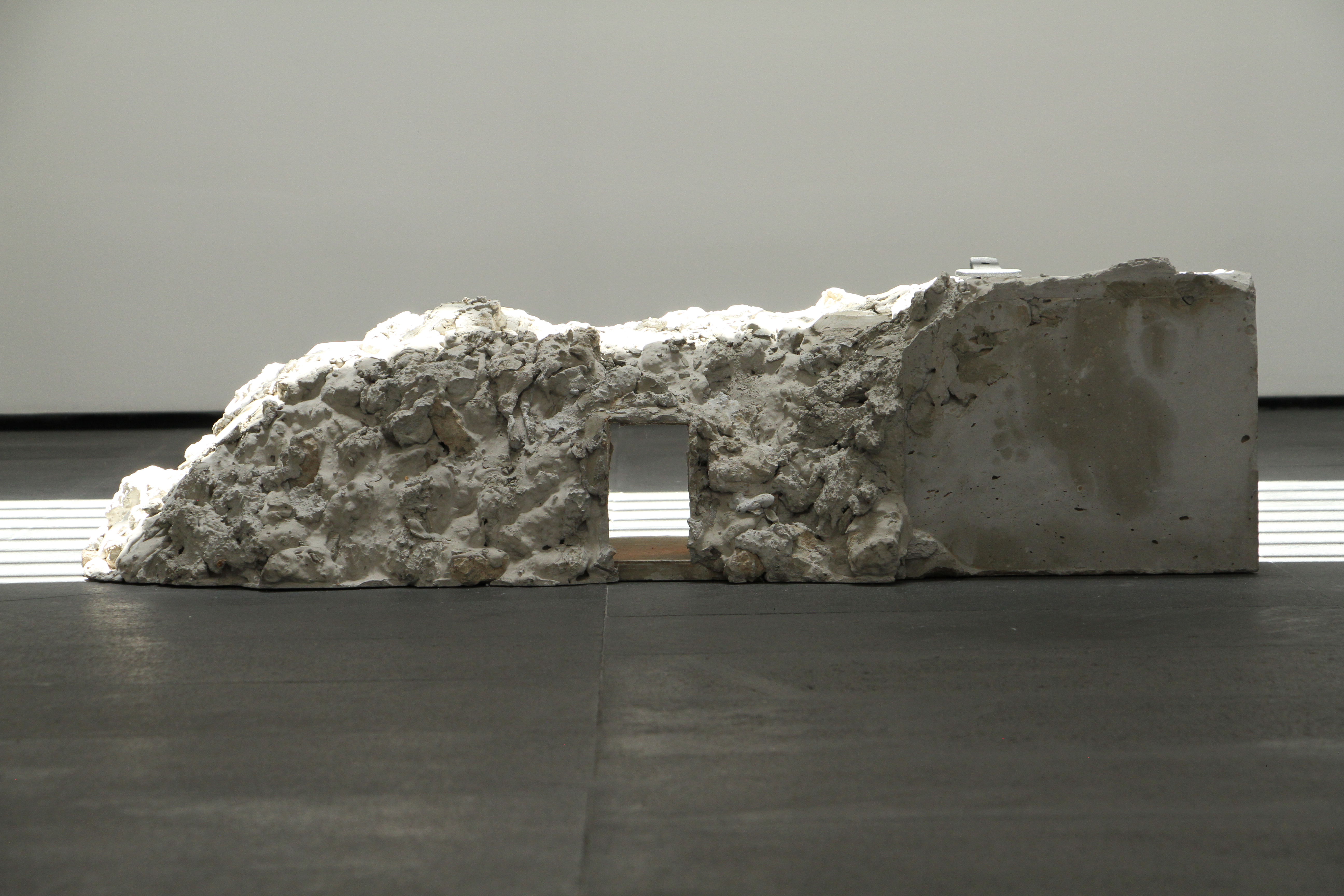 The first movement of the exhibition takes place downstairs –the new body of work that Julieta Aranda has created after her interest in ghost fishing and ghost nets. Upstairs is the second movement –Aranda’s reflection on her own nets and connections with other artists. The second movement presents works by the invited artists: Saâdane Afif, Natalie Czech, Jean-Pascal Flavien, Liam Gillick, Pedro Neves Marques, Trevor Paglen, Spiritsfully X Fictions (Franck Audoux & Valerie Chartrain), Anri Sala, and Michael John Whelan, all of whom have been invaluable interlocutors and conversation partners, as well as sources of inspiration for the work of the artist throughout the years.

Bones… cannot be only architecture, material, support, structure, engine. We lack a real wild imagination about bones, about their function, about their knowledge. Lately, we all got fascinated by bacteria, we love the idea of being possessed by millions of microorganisms, we can even picture bacteria as a sort of de-centralized organ defying the historical and biological centrality of the brain. In bacteria we see connectivity, eloquence, the possibility of addressing collectively, we see them politically, so to say. Bacteria are our way of imagining both, nano-technology and artificial intelligence in an inside-out world.

Bones, on the contrary, belong to the silent land: we tend to represent them as the white cube of life, some sort of dull, but necessary structure that did not even have the chance yet for proper “bone-critique” or a bone revival. However, nothing further than the truth. Osteocalcin, a protein discovered in the last century, has been proved – only a decade ago – to play a crucial role in regulating blood sugar. In other words: who would have thought of bones as an endocrine organ? As playing a direct role in our memory and mood. E voilà! This is the reason why the protagonists of the last installation work by Julieta Aranda are bones. Bones are not only the carriers of life memory, but they are also their biggest preservers. They are not hard capsules that reveal the past to the present in their analysis, but active players against cognitive age-related decline. This exhibition connects their presence with another structure: a series of cubic structures now projected flat, so that we can see all their four faces. The cubes, that also exist as a physical installation, developed from her ongoing interest in crosswords as structures that help us to visualize the disparity between an image and its corresponding word. And so the cubes are a storehouse for words in the same manner that the ice of the polar caps is a storehouse of ancient forms of life. And so is the sand upon which the bones rest, also a storehouse of the million creatures of the seas that existed in a different time. And then there are the ropes –the “ghost nets” after which the exhibition is titled.  The ropes are there marking the affinities, the links and accidents that string the narrative where all the elements of the exhibition play together, making visible the often invisible connections that bind us to things, to the world, to each other.

Aranda’s work has always been interested in time, but also in other elements like water. You need to imagine this exhibition full of water, like an under-the-sea scenario, or like an exhibition taking place inside of an organ. The works are dry—but they are also not dry—because what fuels life is fluid and memory is not only data, but a fascinating form of wetness. Wetness is a trait of all life fabrics, and it is also the place of the female gender. It is this cryptic but effective way of interrelating abstract notions with their embodiment, with their invisible dimensions, with the potential fantasies on the possibility of a new type of life what defines the latest works of Julieta Aranda. Time is not an abstract notion that we may find embodied in natural and technological objects, time is also the element that allow all our organs to contemplate the possibility of a radical transformation in the way we fit ideas of power, and gender, and race, and life into the future.