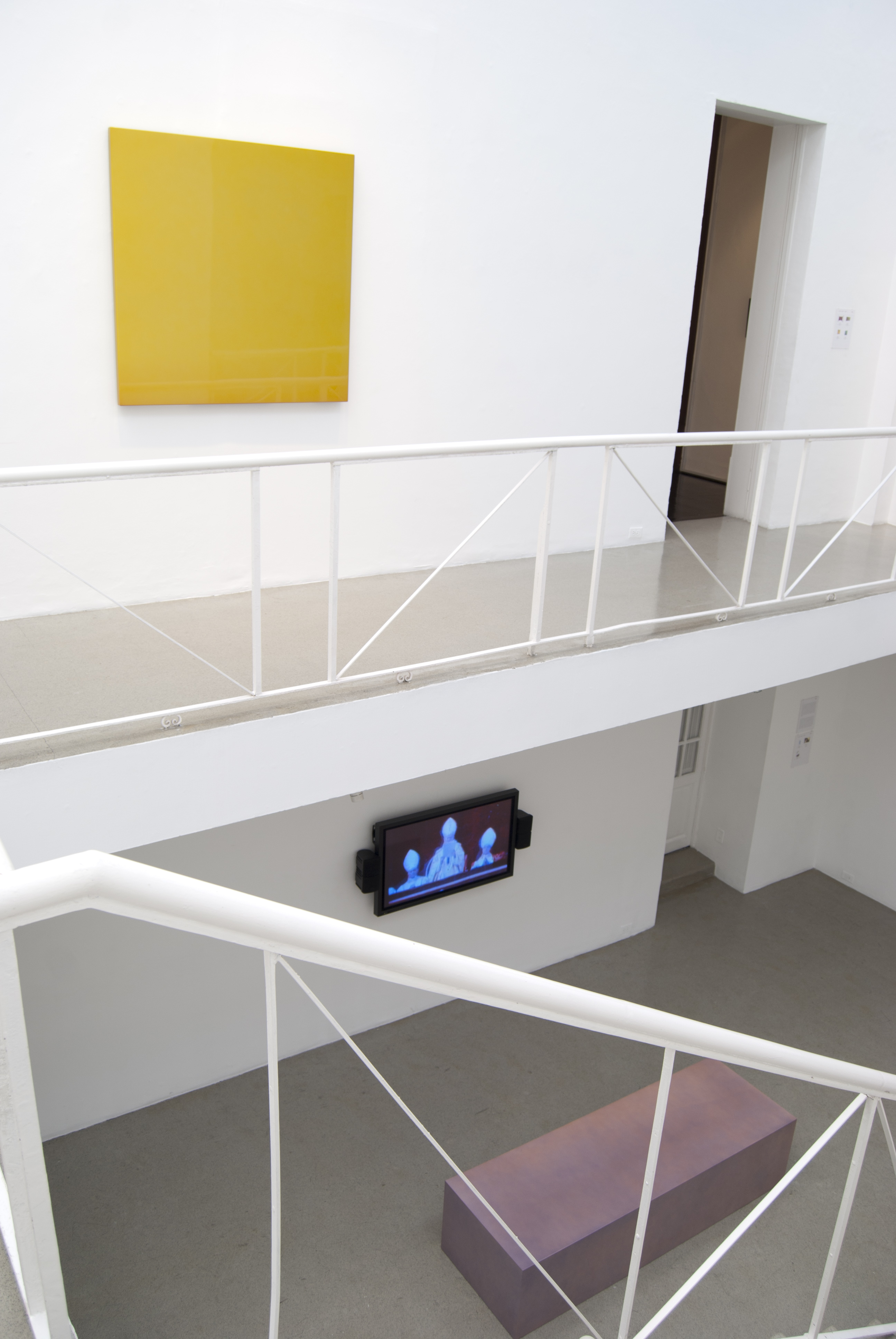 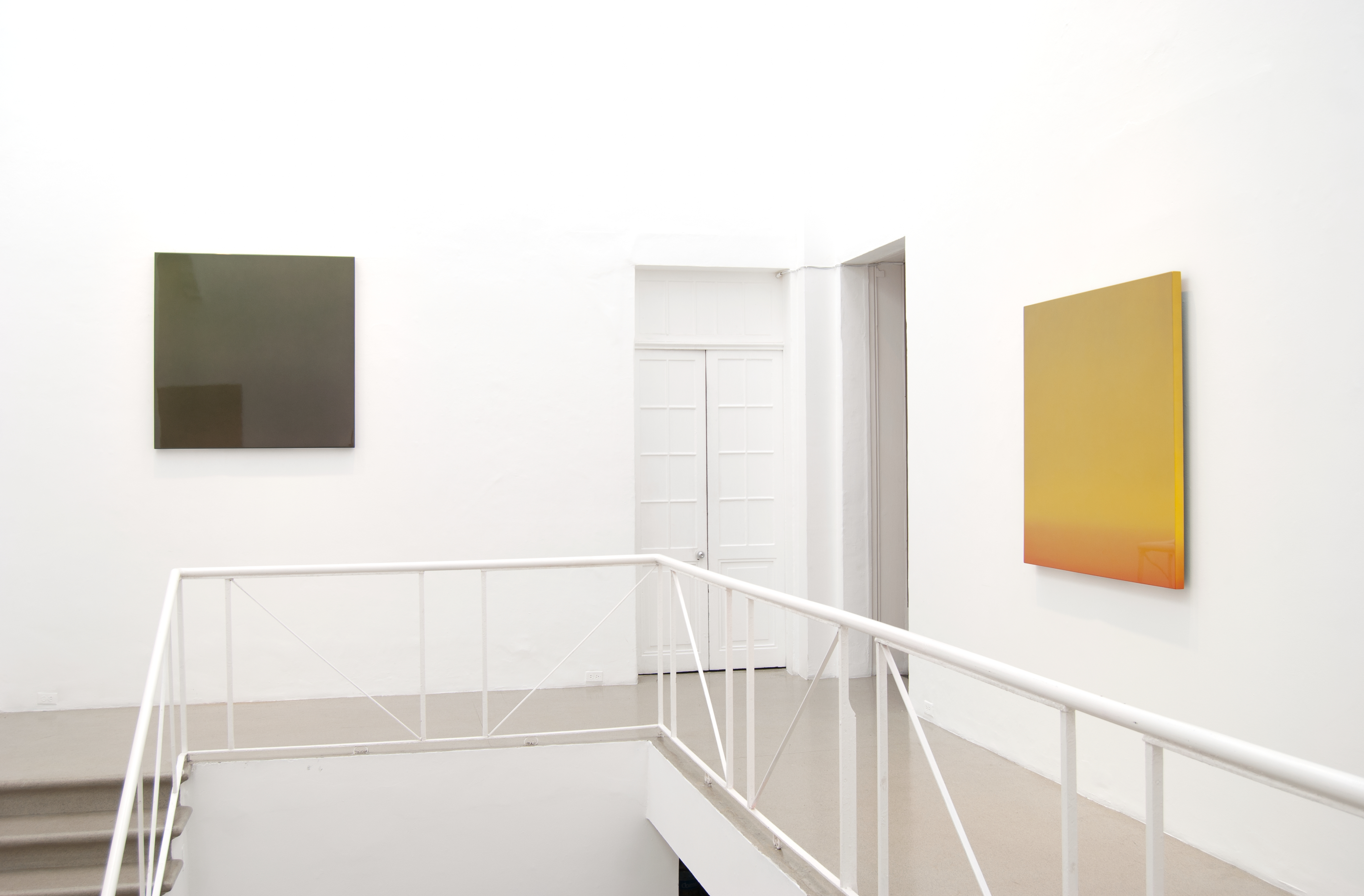 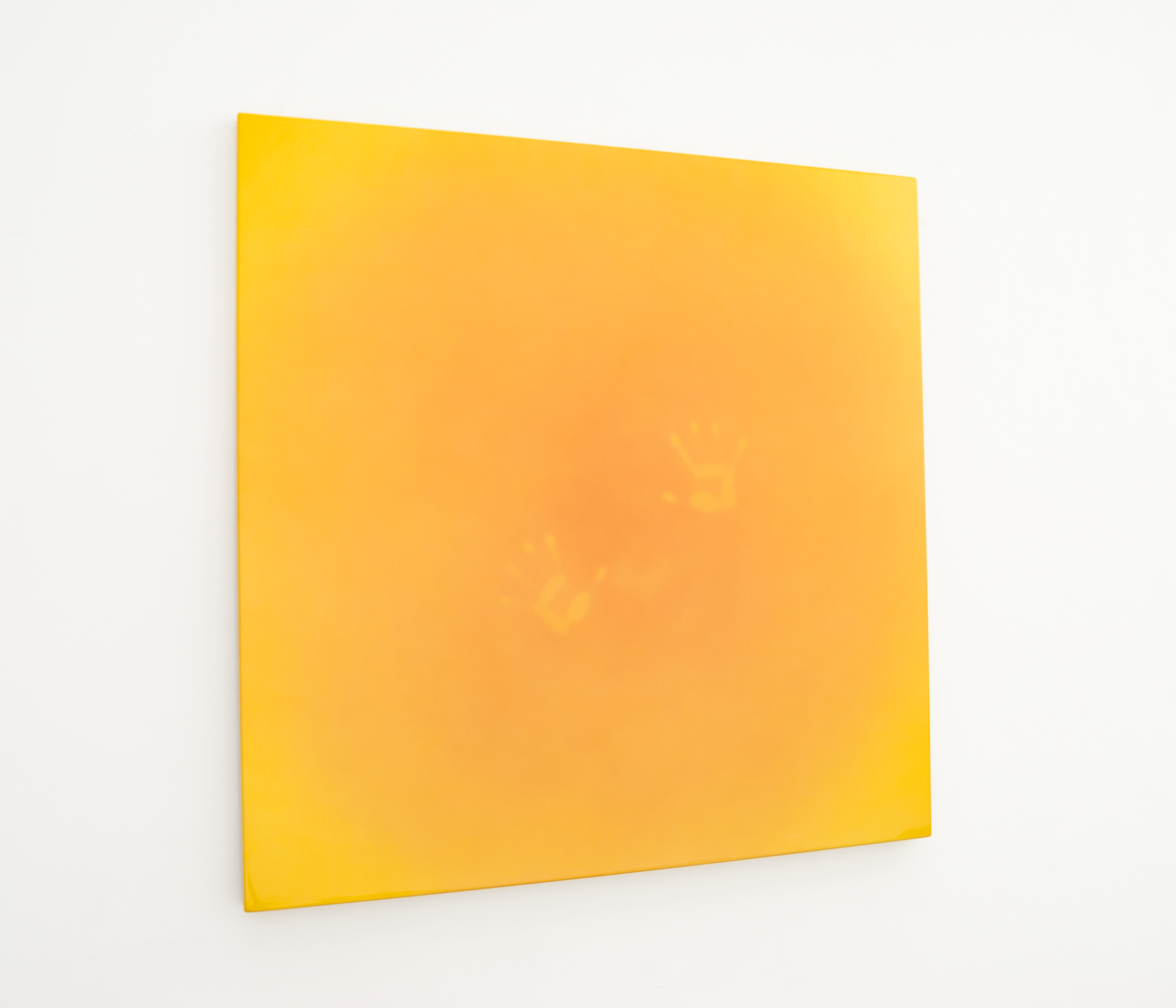 The work of Rubén Ortiz Torres – an artist with each foot firmly planted on either side of the US-Mexican border – blends different cultures and ideas that create hybrids of meaning, allowing us to see the world as we know it from a new and different perspective. His early years as a Punkster in Mexico City ́s sub-culture scene, resulted in not only an impressive collection of photographs that entirely capture the anarchic and anti-establishment attitude of youth-culture at the time, but also laid the foundations for his later subversion of the traditional notions of painting today.

His thermo-dynamic paintings and sculptures – at first glance seemingly a contemporary take on high modernist abstraction – comprise hidden layers of meaning and narrative below the multiple layers of industrial car paint used. Whilst his earlier works used the power of images to express social commentary and narrative, his thermo-dynamic works integrate these same cultural preoccupations – such as the car culture in LA and the underlying issues of this – but on a more subliminal level. The abstraction of the works leave them open to individual interpretation, allowing for multiple avenues of thought not possible through the traditional and more didactic practice of figuration.

His subversion of the nature of painting goes even further in that these works are to be experienced foremost on a phenomenological rather than purely optical level. Ortiz Torres believes that the function of painting today is to DO rather than simply BE. The high-gloss, seductive aesthetic of the works invite the viewer to interact with them by touching or sitting on them, creating visible marks and changes. It is not only the works that are physically changing as a result of this interaction but the space around them as well. The viewers role shifts to that of a participant, transforming the dynamics of the gallery or museum space: one in which the traditional custom is that of passively seeing rather than actively doing. Ortiz Torres does not see this as a new form of “Institutional Critique” however, but as ̈Institutional Create: forcing the possibility of a different kind of institution where we can participate in a new kind of way”.

Whilst the thermo-dynamic works transform themselves and the environment around them, his collection of sketches over the years show the transformation of his family and friends through the simpler academic language of fine art. A very personal addition to the retrospective, these works also reflect the transformation of Ortiz Torres as an artist: his earlier Fine Arts studies in Mexico making way to the more conceptual based California School of Arts, ultimately resulting in a lifetimes practice of constantly navigating between the two. A series of sketches taken of the same people, in years past and now, show his conceptual interest in the documentation of one person’s transformation over time over that of a purely aesthetic drawing.

Retrospectiva en un minuto comprises thermo-dynamic paintings and sculpture, his early video works and this unedited collection of sketches. For Ortiz Torres, each medium speaks a different language, allowing for a different way of creating meaning in the world. Despite this varied approach, Ortiz Torres states that his practice is one of “expressing the meaning of life in art, rather than just that of art in life. “ And this idea surely, transcends all languages and borders.