Ryan Brown: Stare at the Wall 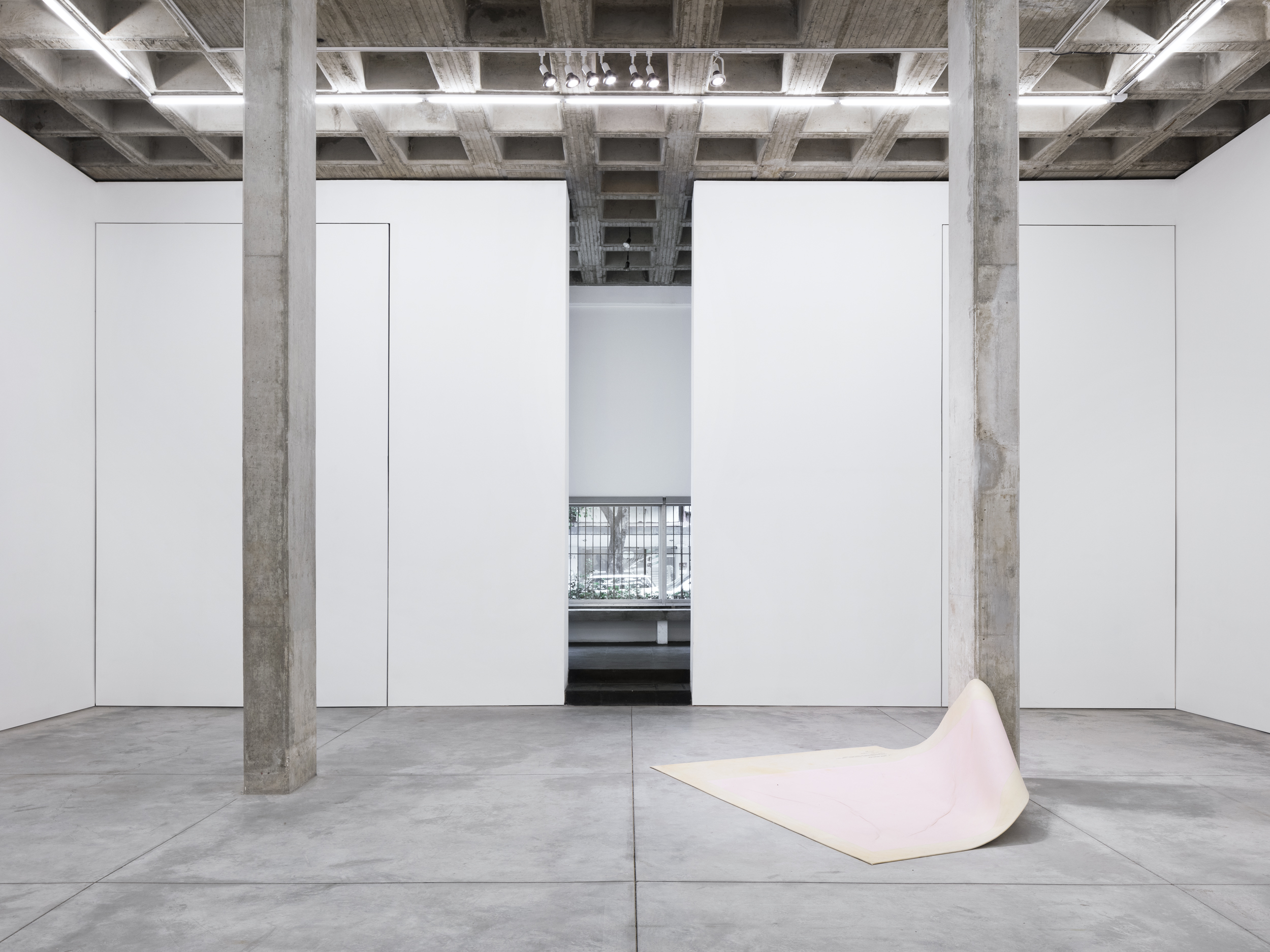 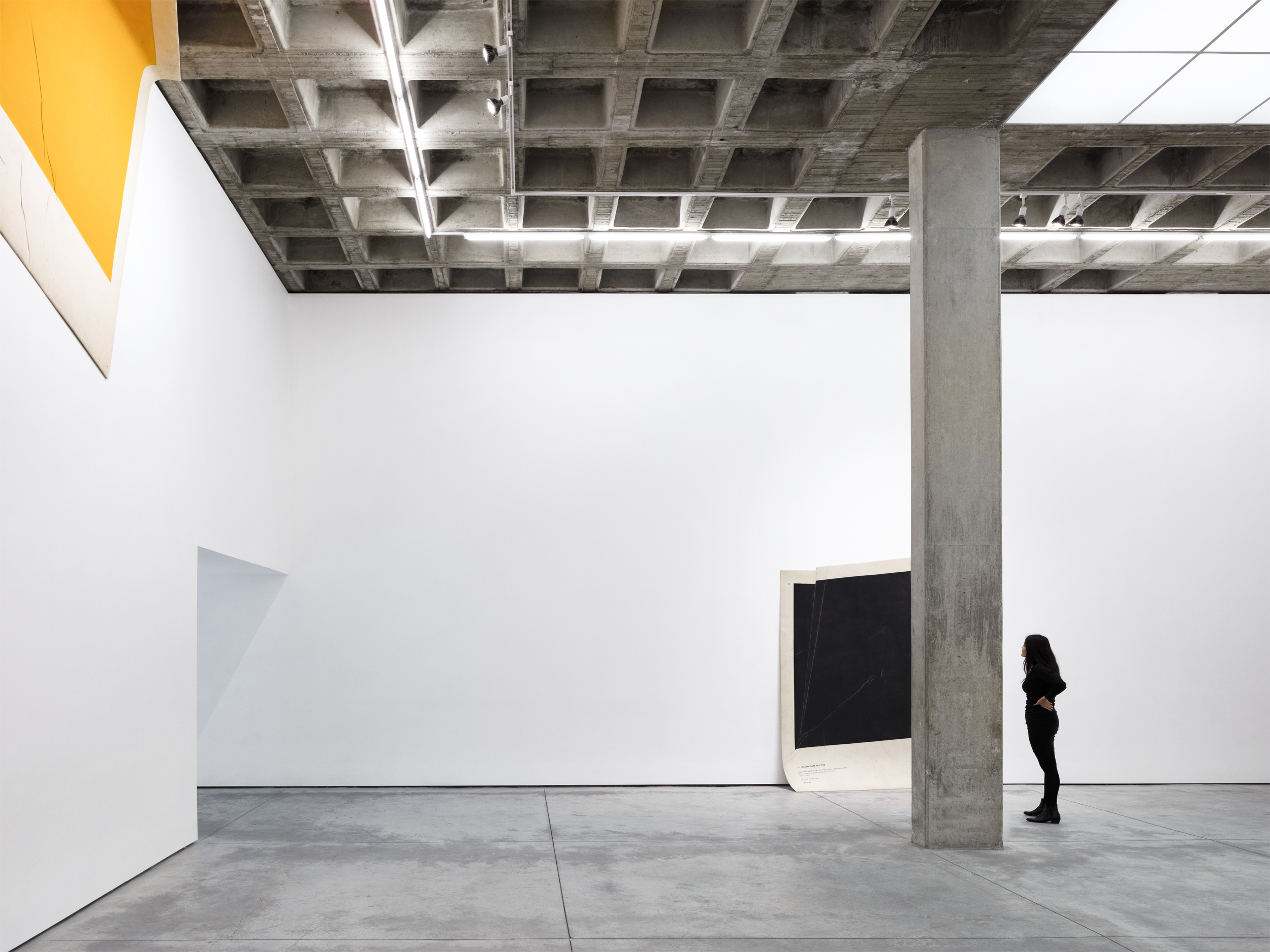 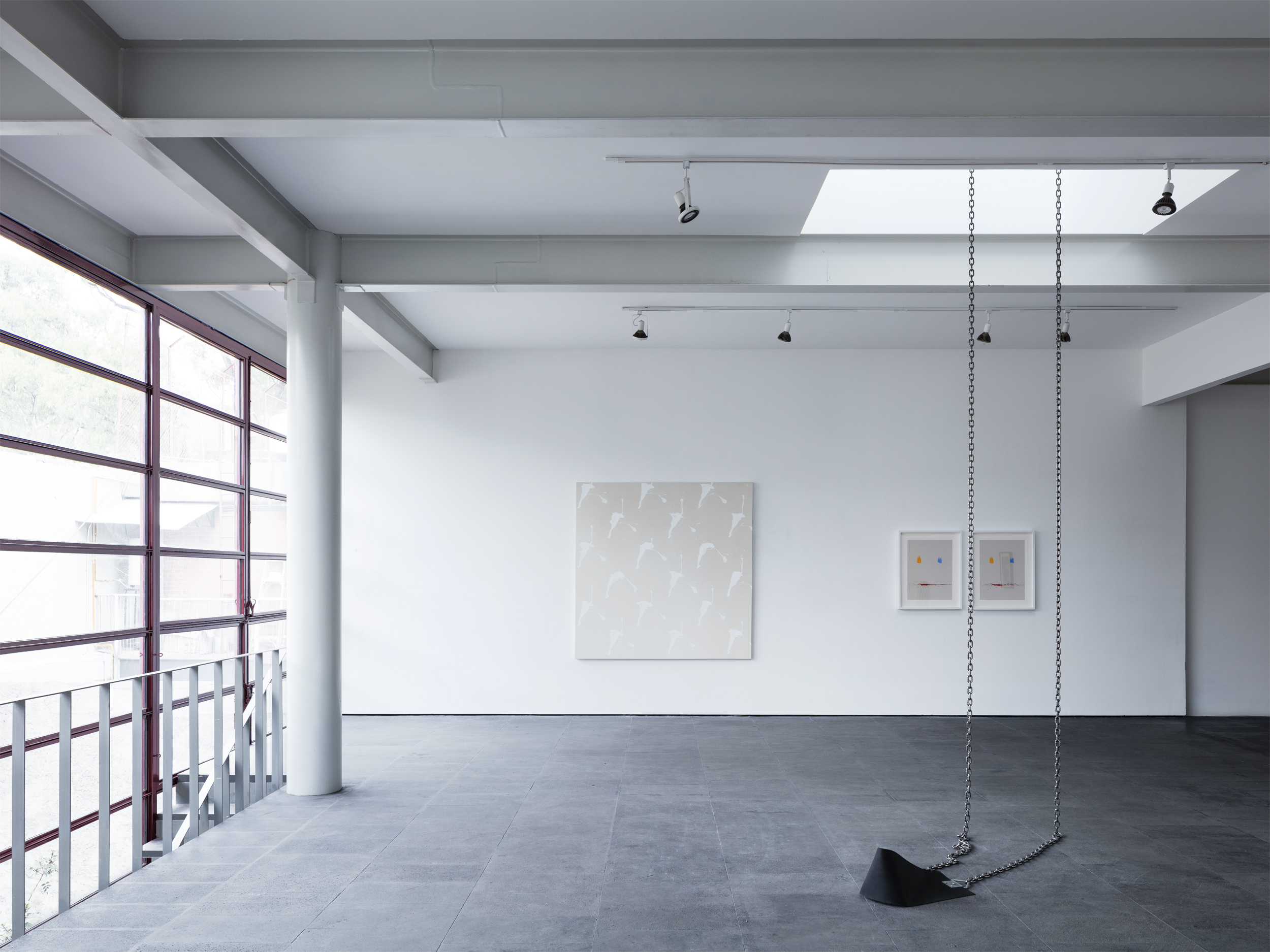 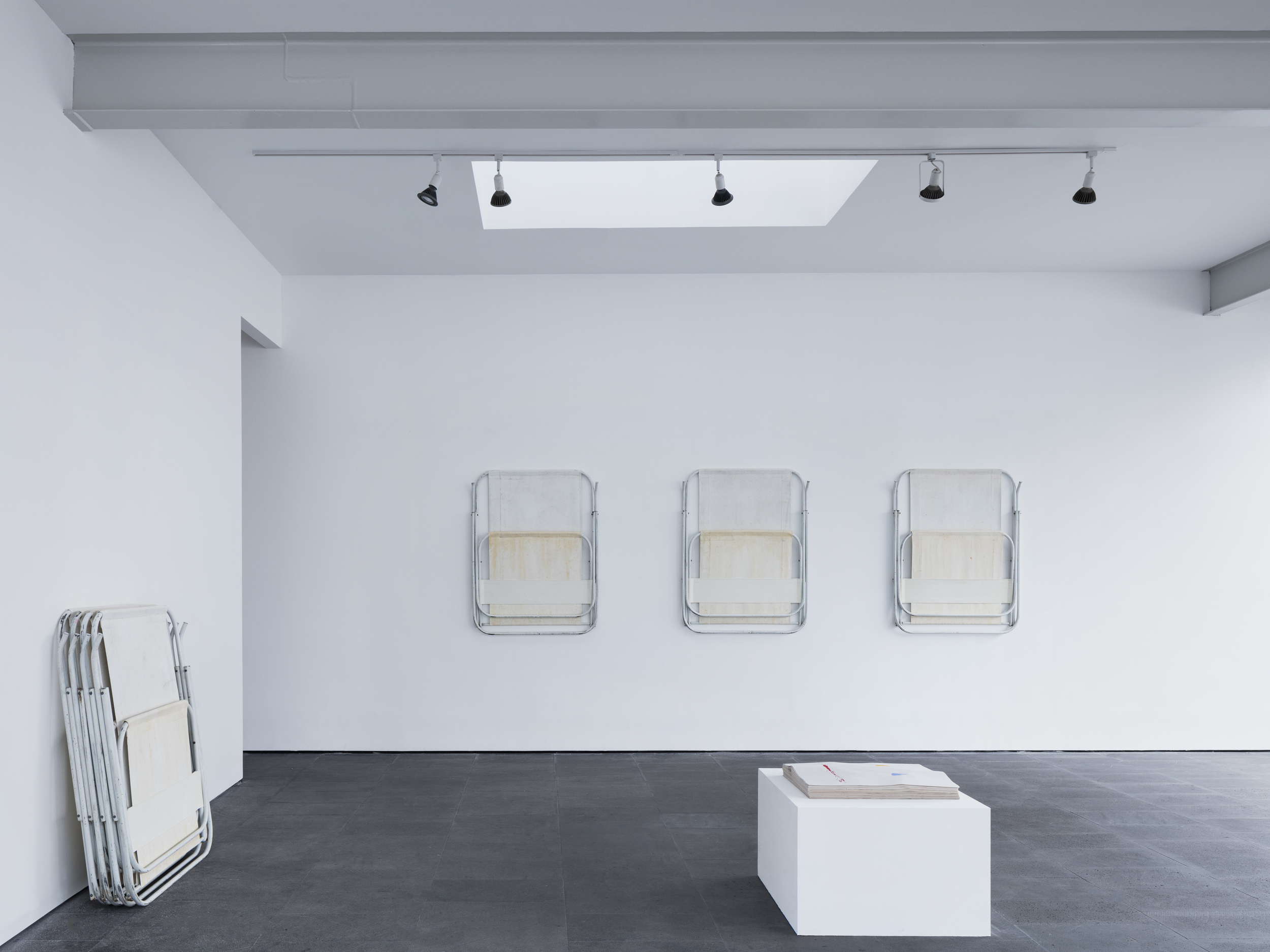 STARE AT THE WALL

Who are you with?, where have you been?

Staring at the walls, I think I know what I see

In Ryan Brown’s exhibition Stare at the Wall at OMR, the artist presents new works in considering contemporary values and attitudes on the concept of human achievement as historical progression.

Various entry points into the show are provided by activating the entire gallery space, via vertical, horizontal and diagonal set-ups. This playful arrangement conveys a state of continual movement: the artist actively engages in the reintroduction of perceived forms and ideas as the viewer is potentially poised to play a vital role, in both reception and reinterpretation. Overall, Brown seeks to present an environment that delays our normative cognitive processes which, often, reach a conclusion faster than reflection is allowed to happen.

Three large canvases draped throughout the gallery, entitled “Basic Practice”, “Intermediate Practice” and “Advanced Practice”, track an ascension from floor to ceiling. Motivated by the artist’s desire to redirect the focus away from a center, outward into the surrounding space. These fluid-like objects establish a mood of unrest, maintaining an ambiguous position between traditional categories of painting and sculpture.

Included among these large monumental objects is a comparatively smaller yet equally expansive project “Echo”, a group of 500 authentic paintings on newsprint that oscillate between abstraction and figuration presented in the upstairs showroom. For this series Brown has chosen as a motif an iconic symbol, the Smiley Face, as a current take on the long tradition of classic portraiture. Rather than attempting to capture an individual likeness, these paintings reveal an uneasy sense of repetitive and mechanical sameness, both in appearance and methodology. The artist himself is reduced to an operative component within a system of mass production that challenges fundamental notions of originality and authenticity: the sheer volume and fragile materiality of the final product places the question, “what to do with it?”, which in turn reflects a palpable anxiety regarding our relation to contemporary art in general.

Finally, the overarching themes of movement and playful indecision are expressed perhaps most poetically, yet cynically, in the two sculptural installations present; one titled “Voyage” resembling a playground swing descending from the ceiling to the floor and beyond, spilling out onto the floor. From the “Leisure” series, a group of larger-than-life beach chairs permanently locked in the folded position arranged alongside the wall. Both designs originally function to offer a leisurely yet momentary escape from the limitations of our day-to-day existence from adolescence to adulthood. Art is often supposed to offer something similar. Yet here one is faced with a permanent standstill between the simple delights of utilitarian design met with aesthetic functionlessness.