Sol LeWitt: Instructions for a Pyramid 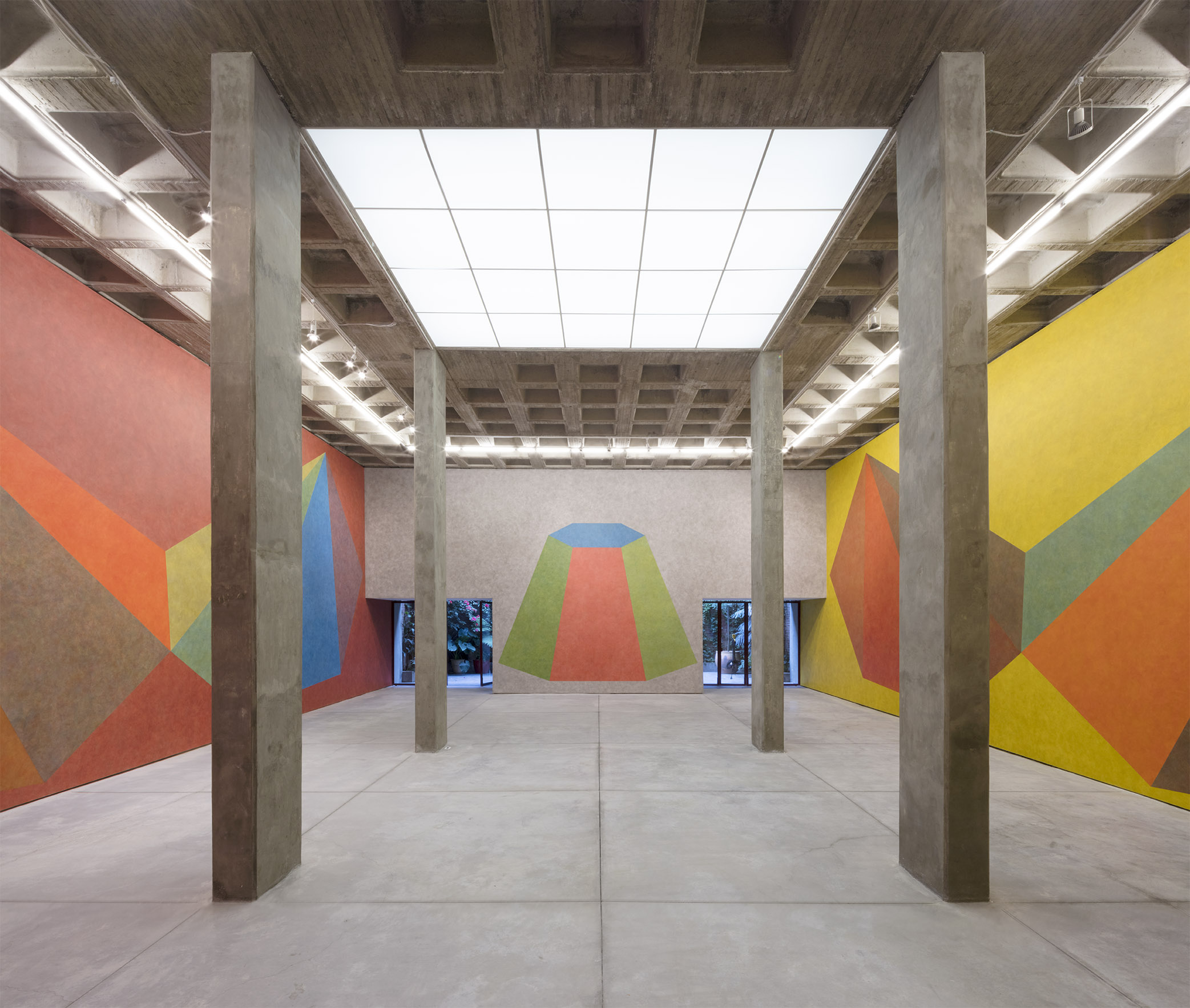 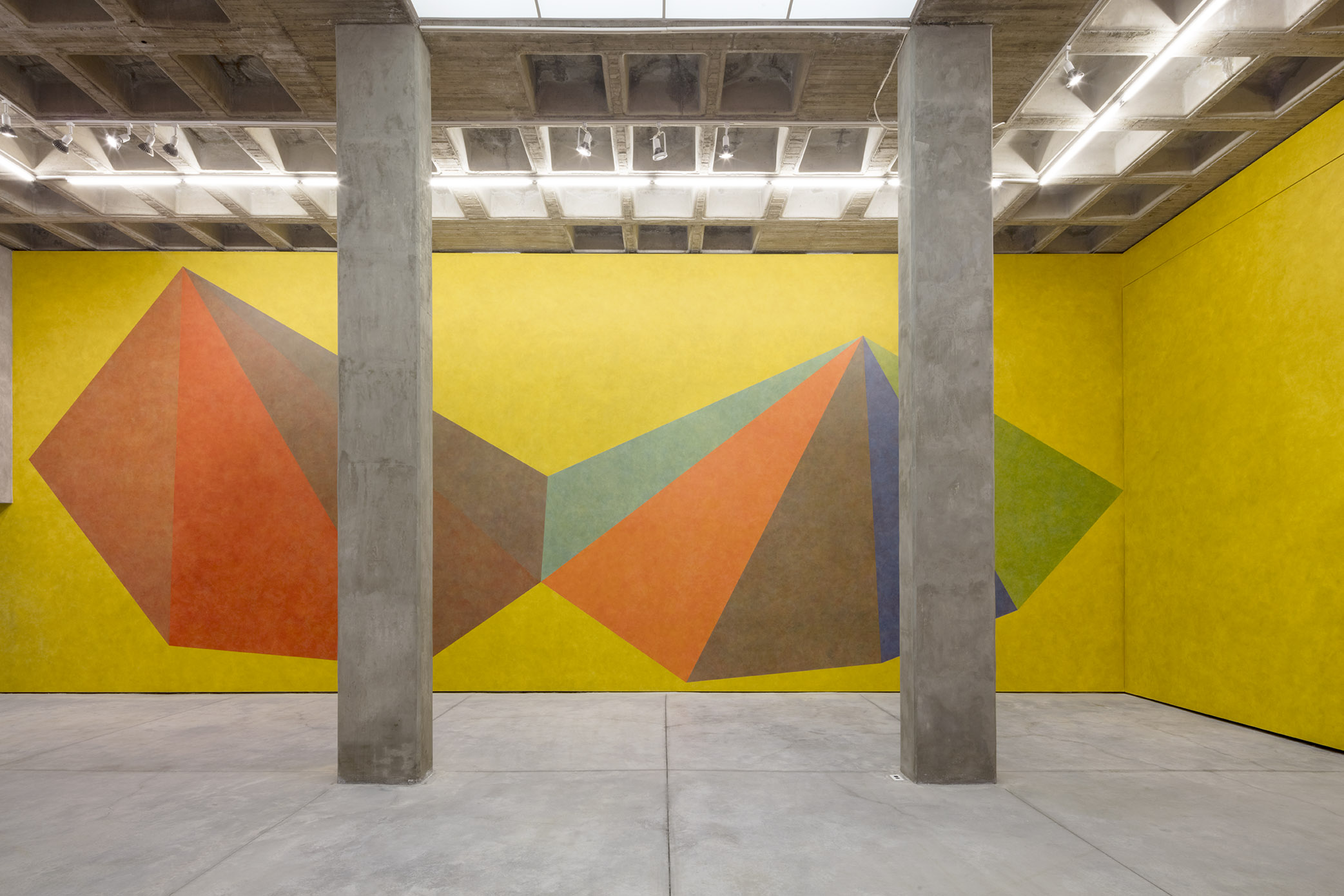 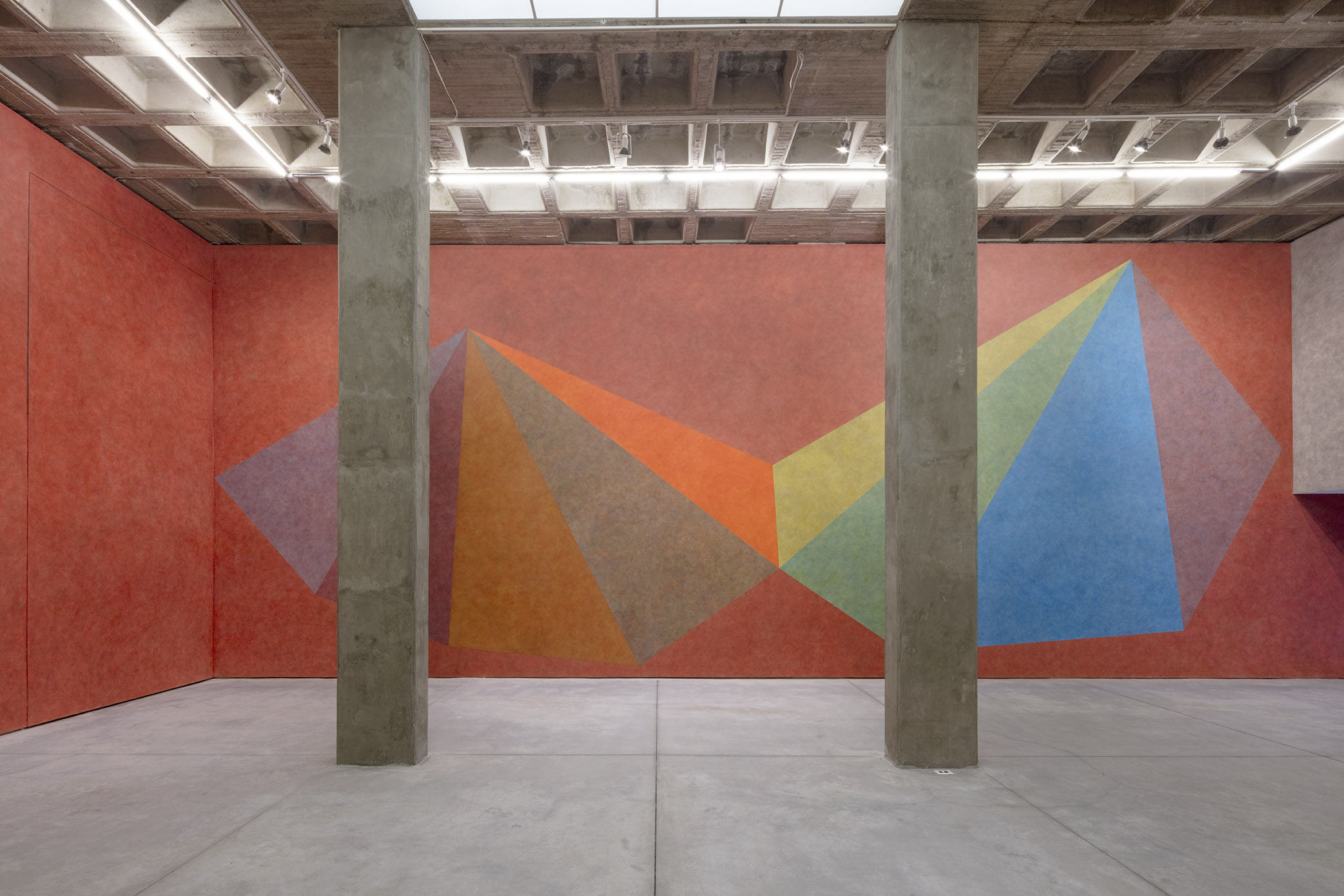 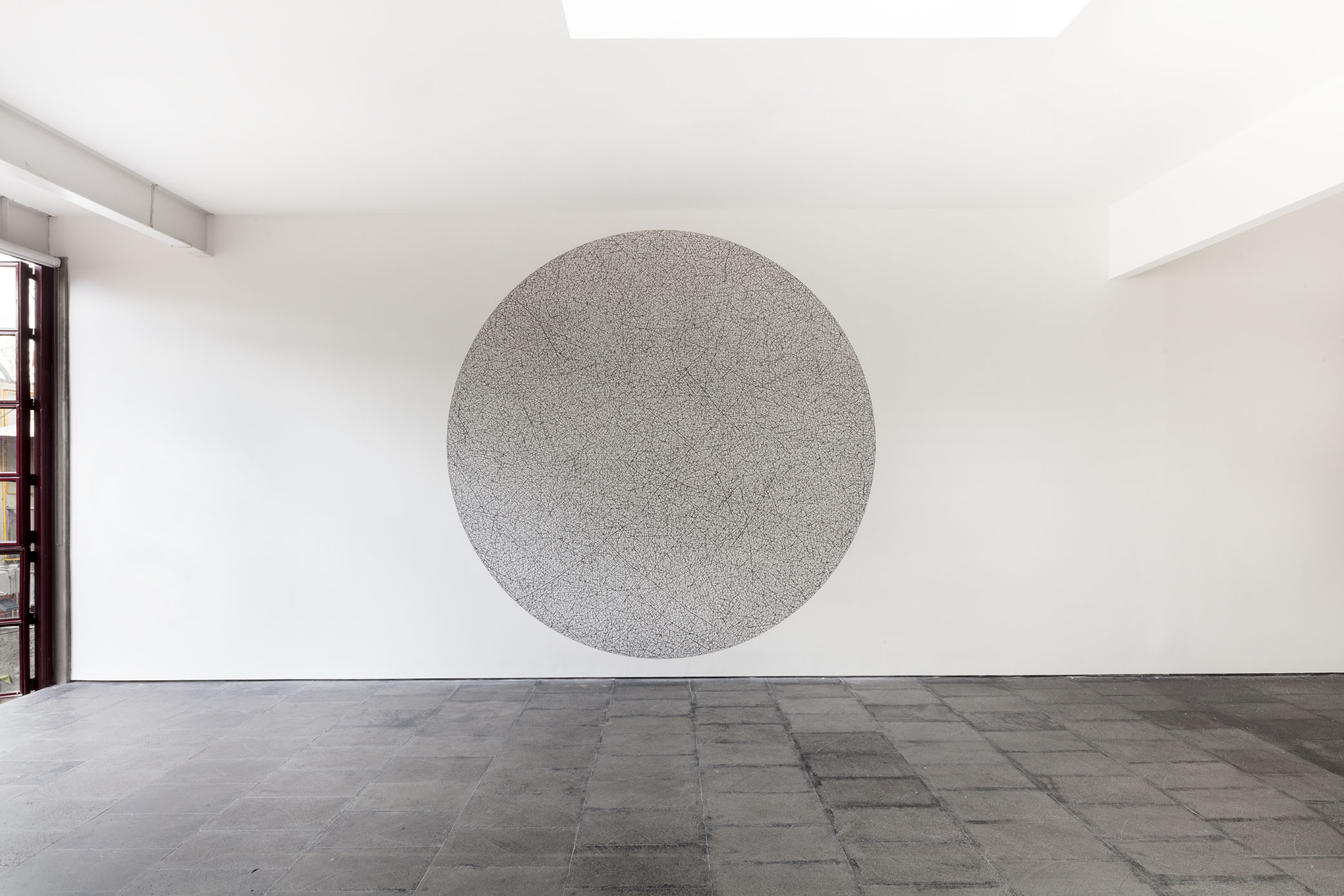 Instructions for a Pyramid

OMR is delighted to present the gallery´s first solo exhibition of works by Sol LeWitt, Instructions for a pyramid. Four large wall drawings are on view, three of which were installed on OMR’s ground floor, and are on display for the first time since their creation in 1986.

In the gallery´s main space, Sol LeWitt´s pyramidal structures rise as a conceptual, vibrantly-colored Pre-Hispanic city. They serve as both an investigation of line and geometry and a reference to Mexican culture.

The works were realized through a close collaboration between the LeWitt Estate´s draftsmen from New York and Mexican art and design student volunteers. The exercise served as an opportunity to study LeWitt´s ideas around serialization and repetition.

Ideas can be works of art; they are in a chain of development that may eventually find some form. All ideas need not be made physical. The quote, from LeWitt’s publication “Sentences on Conceptual Art,” helped define conceptual art. The pioneering credo contributed to dismantling the notion that an artwork should be unique and made only by the artist himself. The instruction-based works emerge from LeWitt’s formulas, which have an almost mathematical equation-like quality to them, clear in Wall Drawing #1099, on the gallery’s first floor. A meticulous circular drawing consisting of a precise number of black lines, the piece challenges the patience and stamina of the artist executing it, as the process can seem either excruciatingly time-consuming or meditative. Although LeWitt’s instructions have a mathematical and impersonal sense at first sight, he deliberately left them vague enough so that every iteration of a piece could reveal a slightly different wall drawing. Idea and concept become more significant than the result, and the emphasis turns to process and materials rather than meaning or a specific narrative.

Born in 1928 in Connecticut, USA, Sol LeWitt continued to work up until his death in 2007, leaving behind a legacy that would serve as a corner stone of Minimalist and Conceptual Art and make him a key figure amongst peers such as Dan Flavin, Donald Judd and Robert Mangold.

OMR is grateful for all the support given by the Estate of Sol LeWitt and Paula Cooper Gallery in New York. Additionally, the gallery would like to thank Gabriel Hurier and Andrew Brown for all the effort in the realization of these works, as well as to the group of students who made this project possible: Charlotte González, Cristina Loya Domingo, María Ramos, Heather Seavey and Carlos Valdez.

Click here to visit the 360º virtual tour of the exhibition