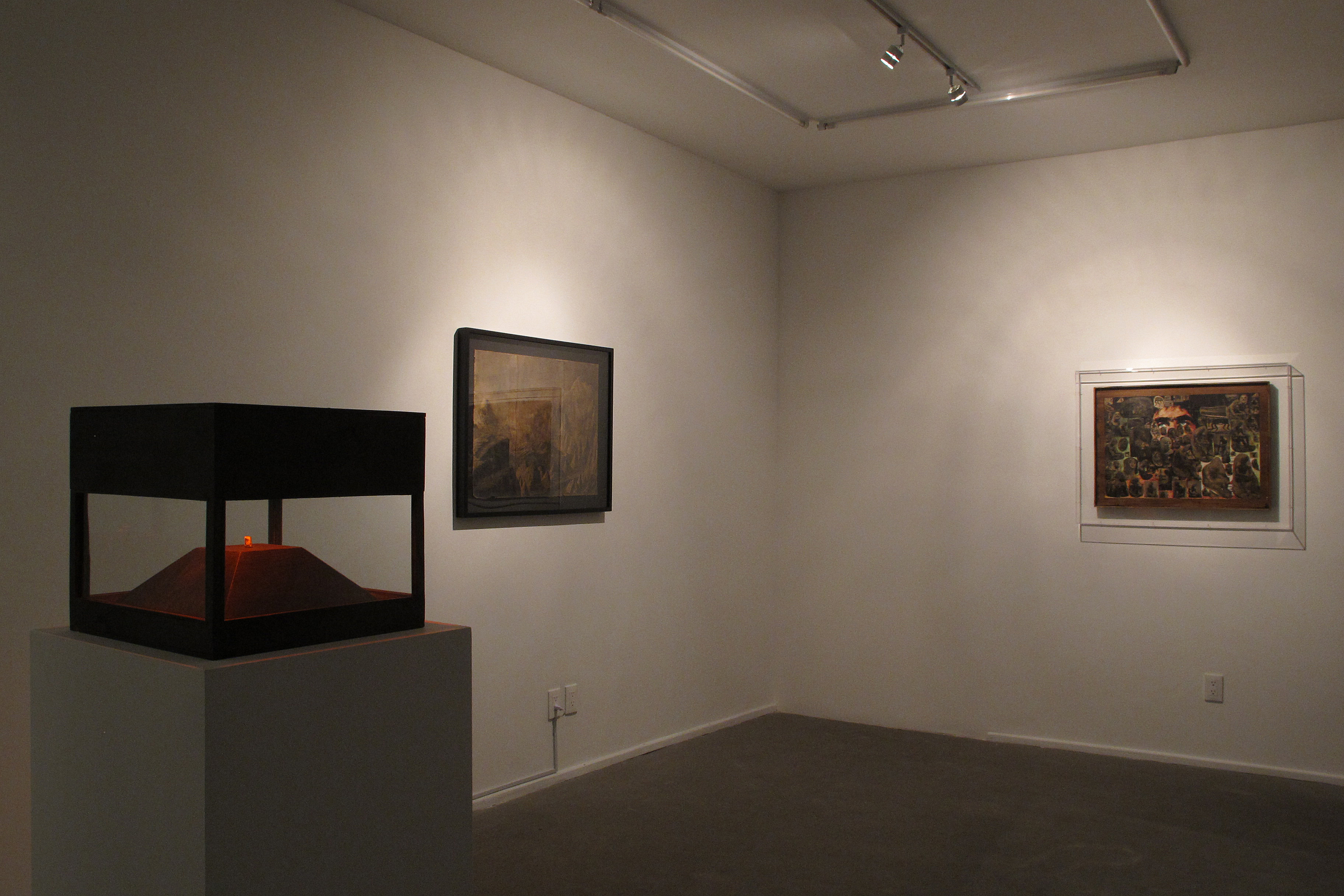 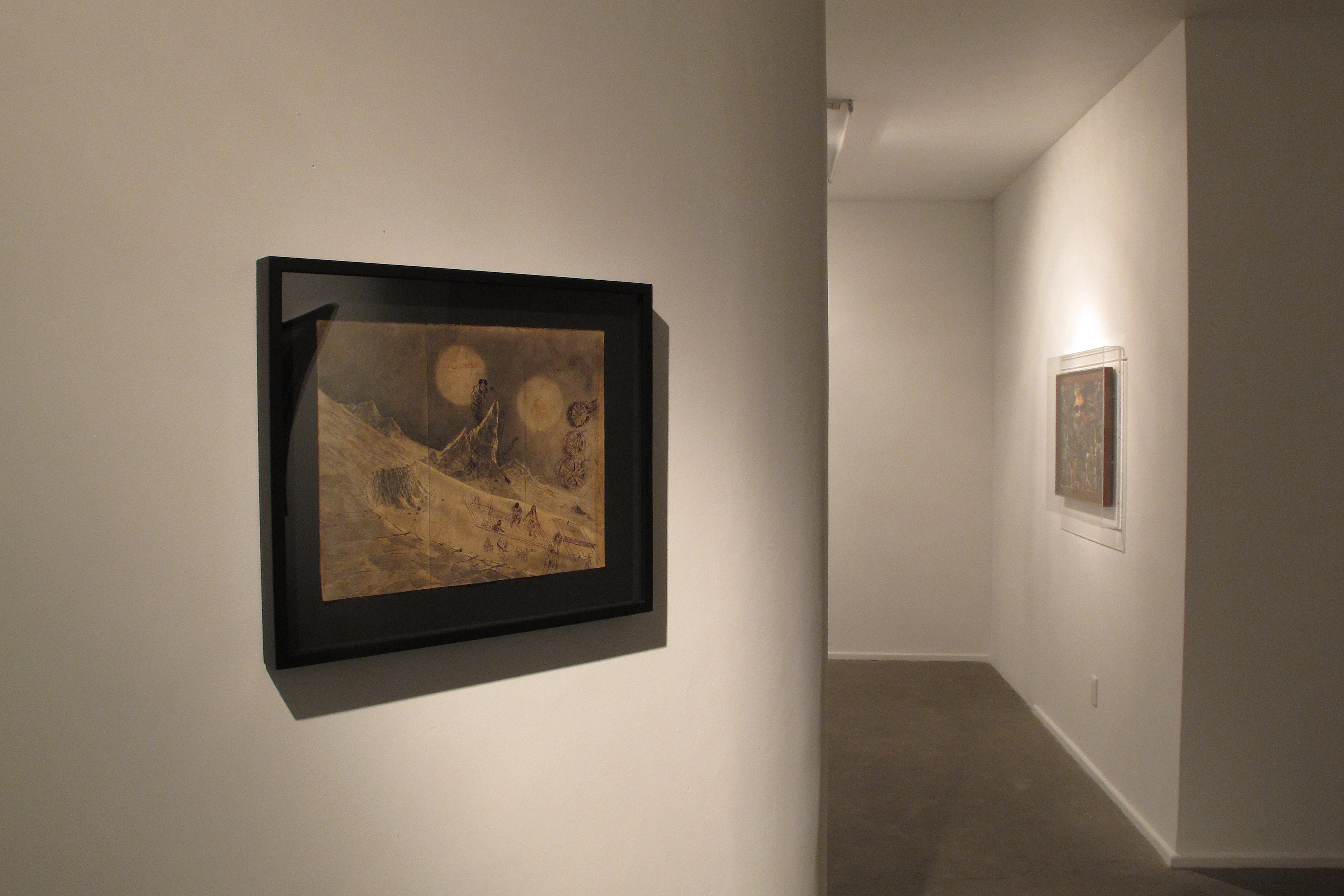 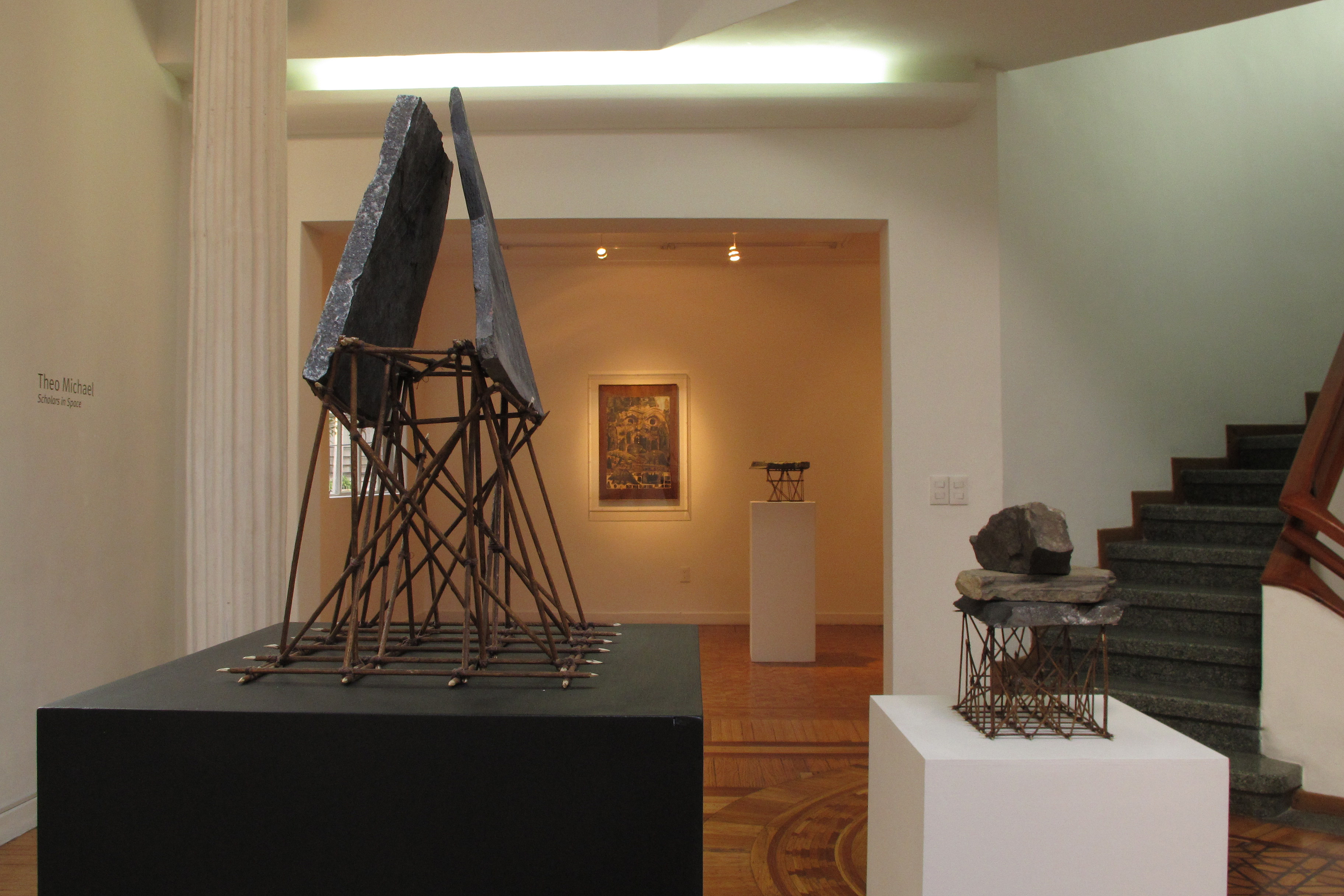 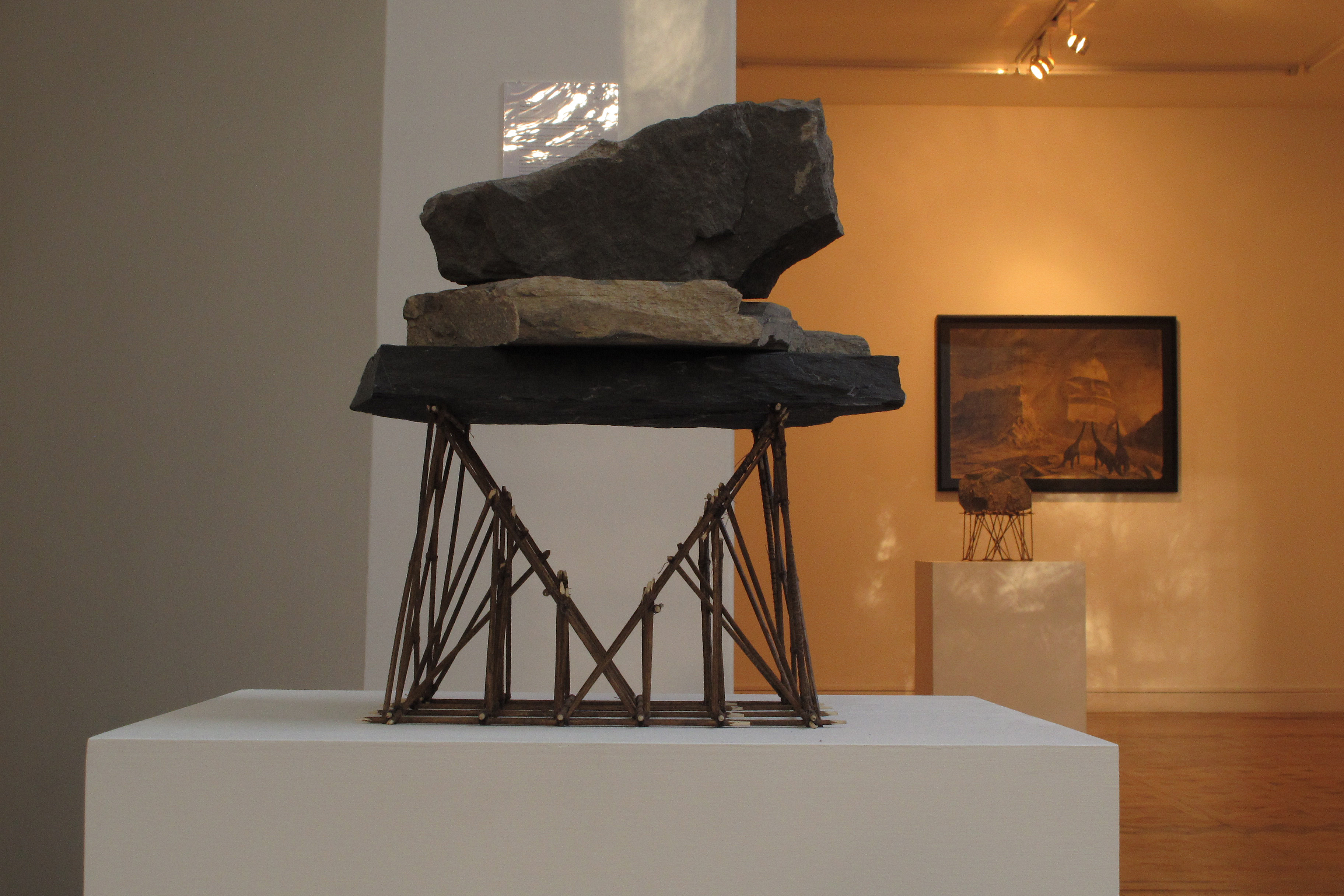 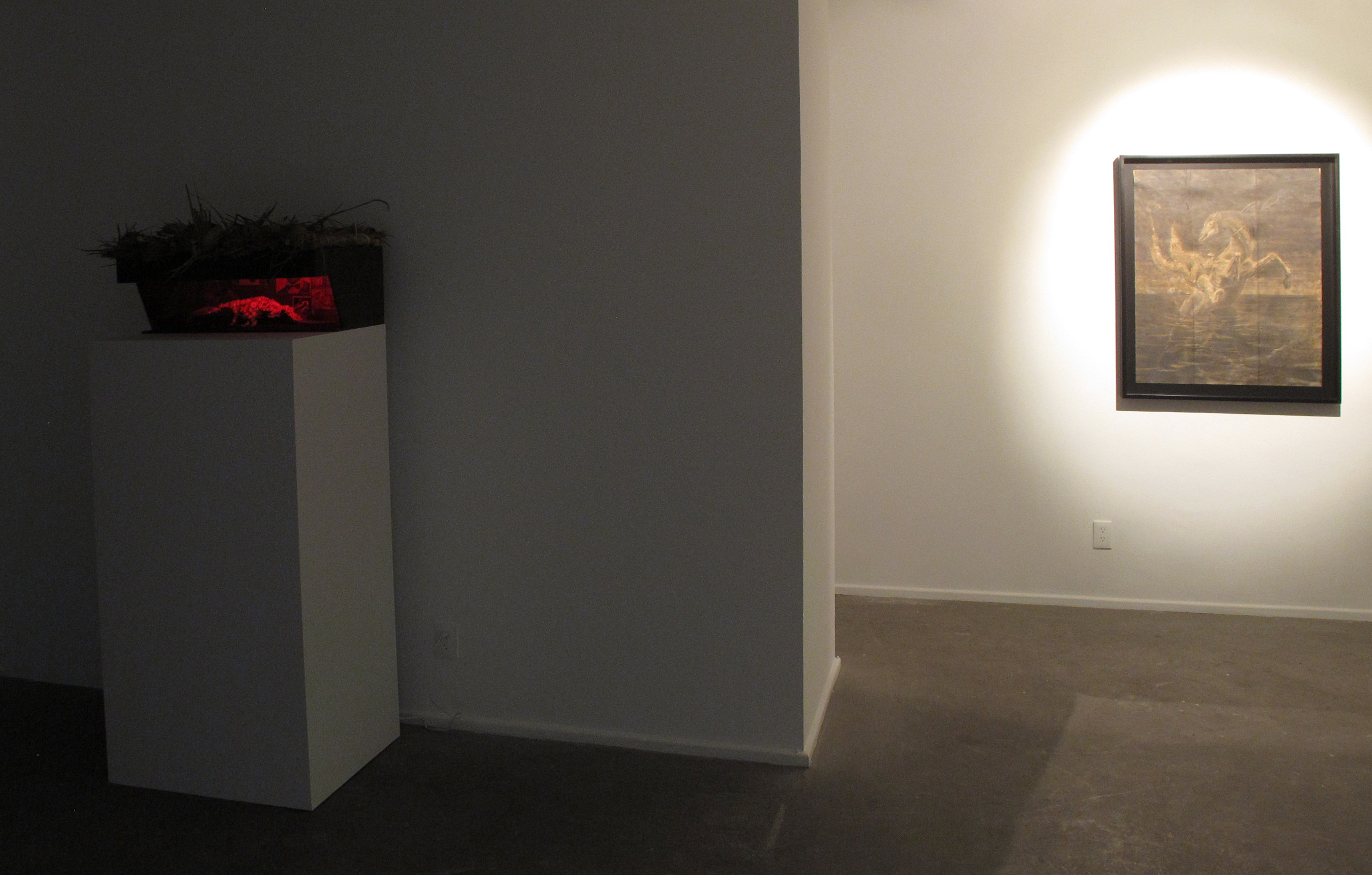 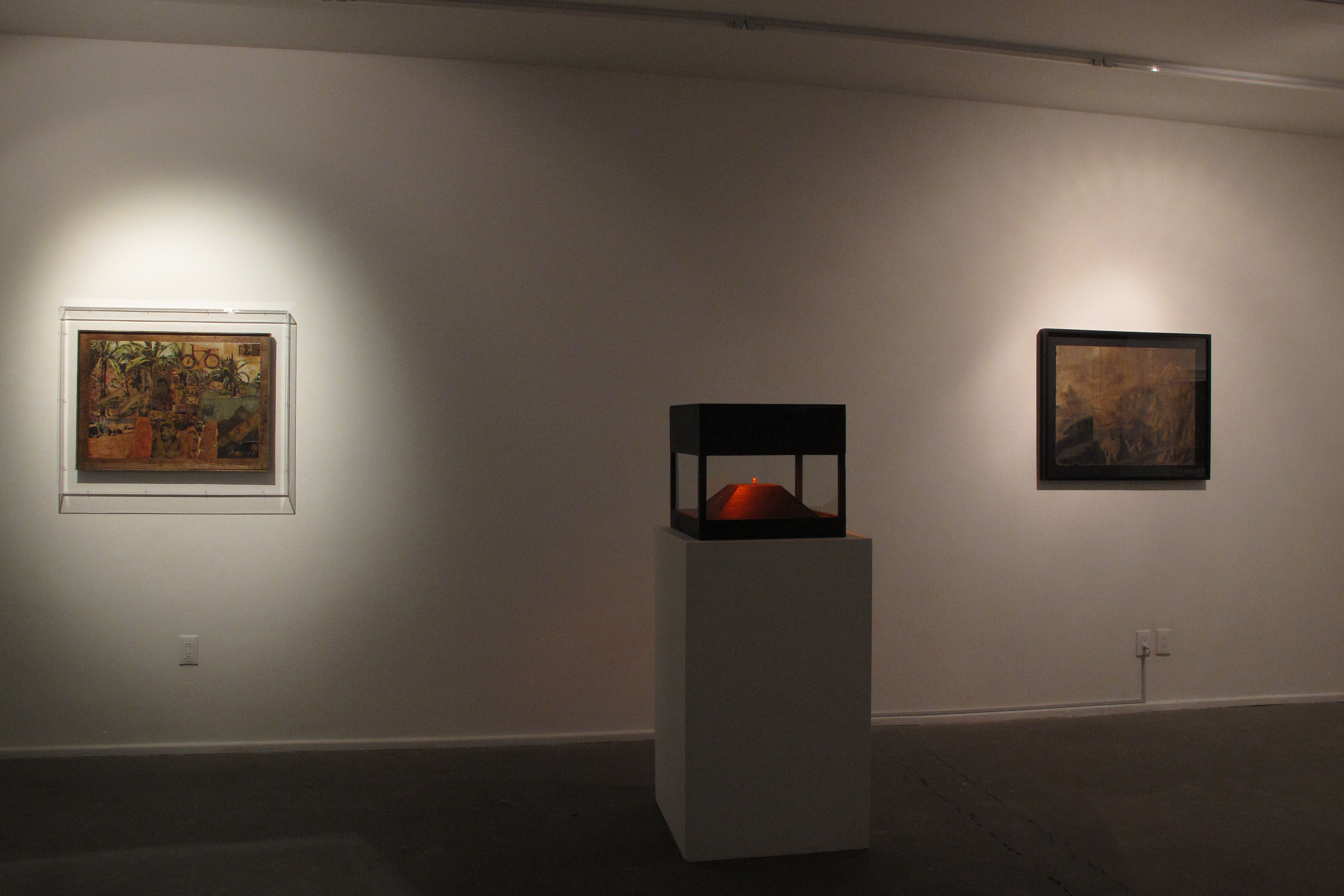 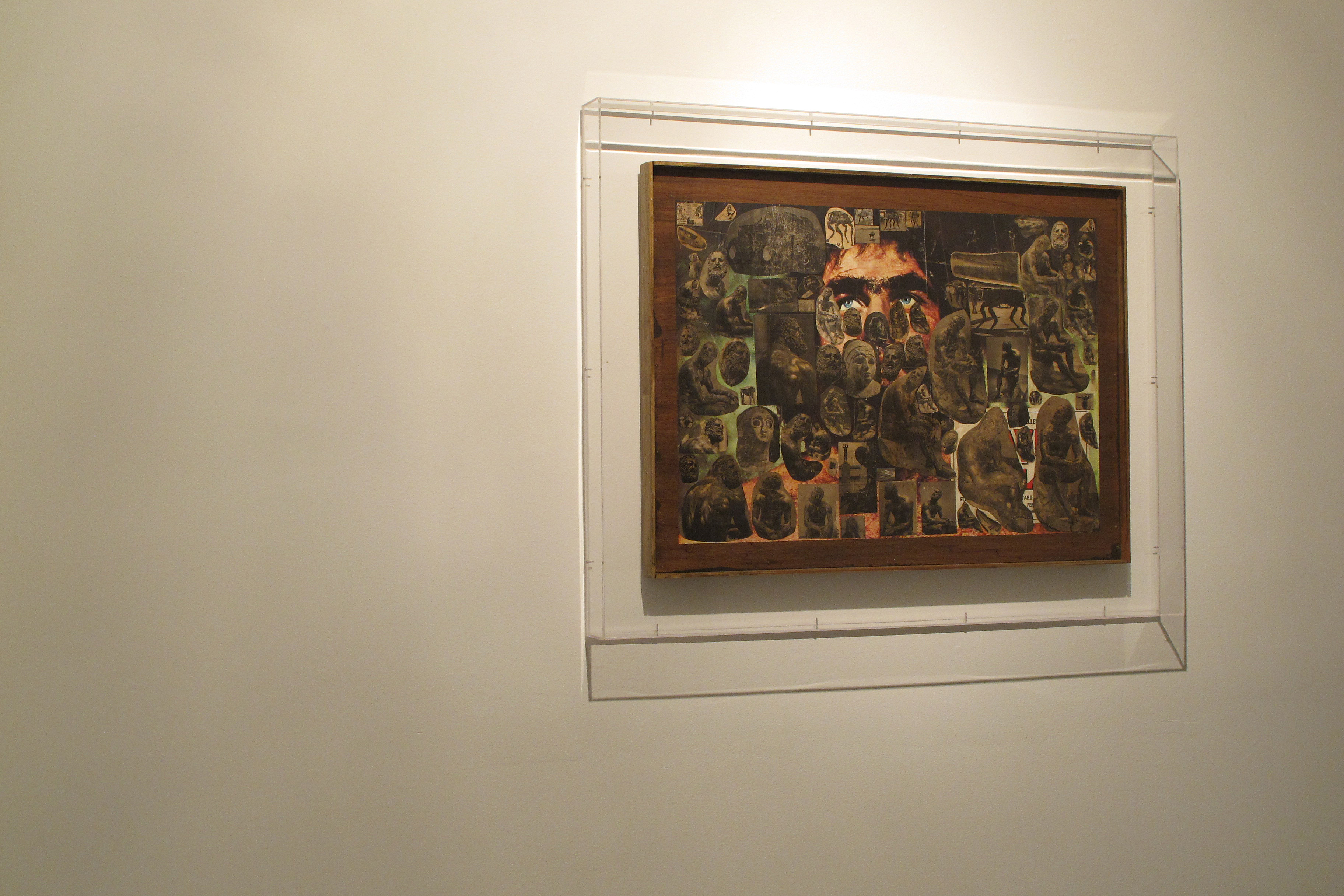 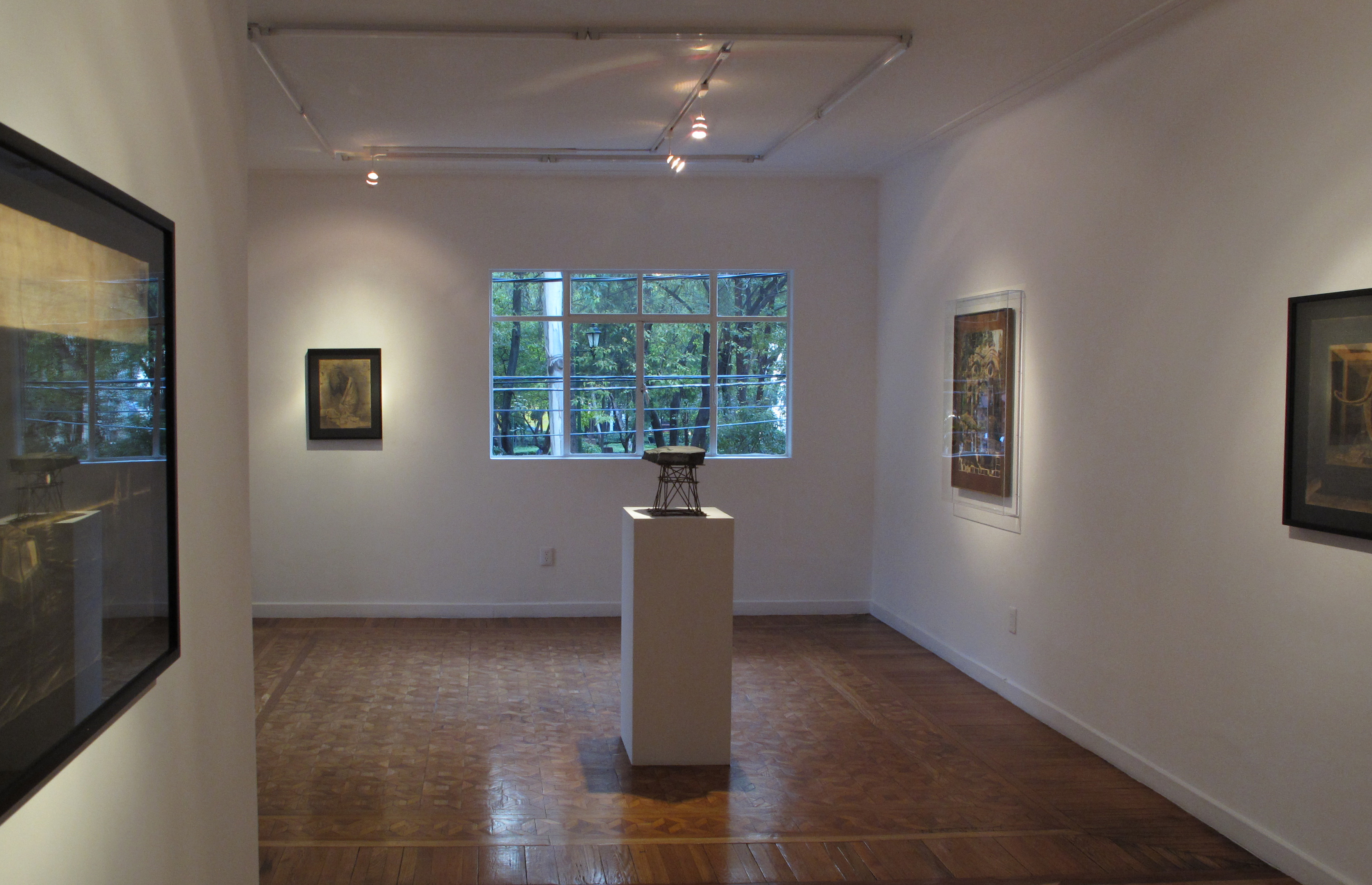 el52 presents the first solo exhibition in Mexico of the enigmatic Greek artist Theo Michael (Panorama, Greece, 1978). Michael works with the idea of time like a builder and destroyer of space: while in the present we erect thoughtful monuments for posterity, the future condemns them to destruction and the void.

His work, seemingly playful, uses pieces of real references to question archeological narratives and to present the element of subjectivity found in the process of constructing history. Using the method of collage in multiple mediums, he mixes incompatible elements and anachronisms that coexist in non-temporal or spatially specific theological and cultural universes.

The exhibition presents another series of drawings that discuss of a future in a 100 million years but one that appears to come from the archeological discoveries of the past. Using a hermetic language loaded with new meanings, Michael combines images and objects that project non-existent moments and places, negating the possibility for any one fixed interpretation and questioning the value of historicity.

Through formal associations and the challenge to empiricism and positivism of the nineteenth century, and with historical, mythological, political and popular references, Michael is postulated as a cosmic academic who on occasion, by revealing the knowledge of regressive mathematics, multiplies history and its actual meaning infinitely.

The works of Theo Michael have been exhibited in his native Greece, the United Kingdom, Thailand and Germany. He lives and works in Mexico since 2010.