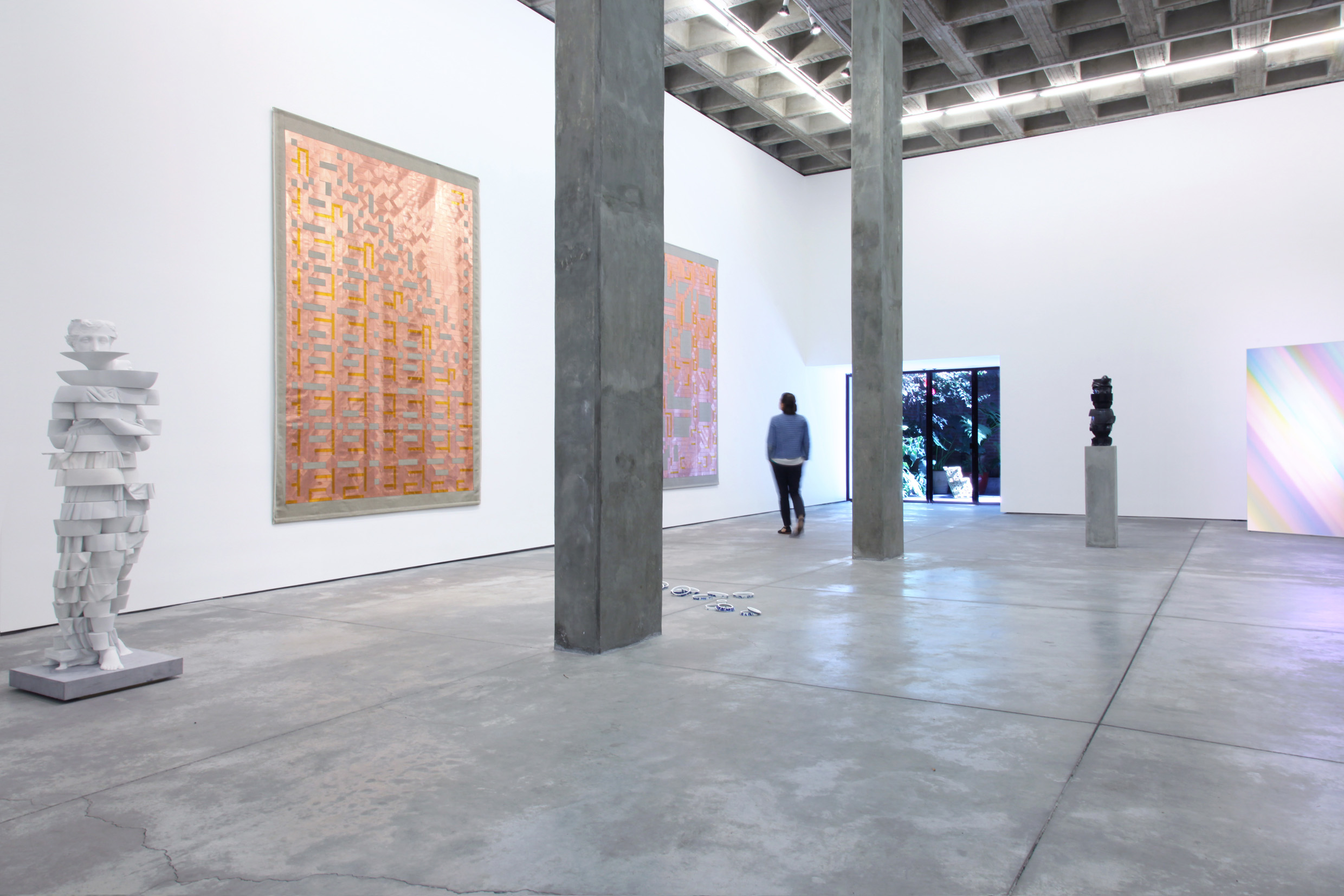 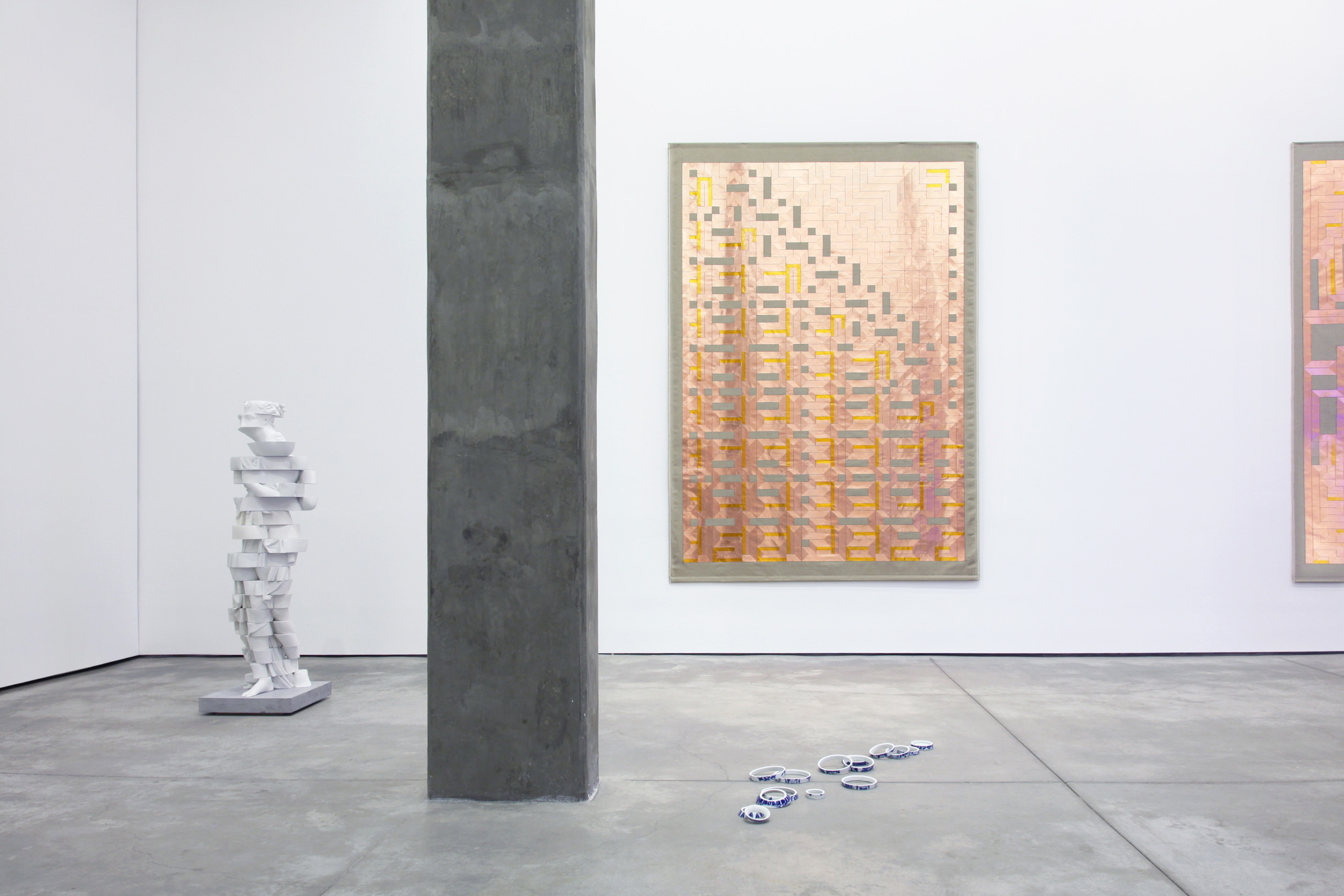 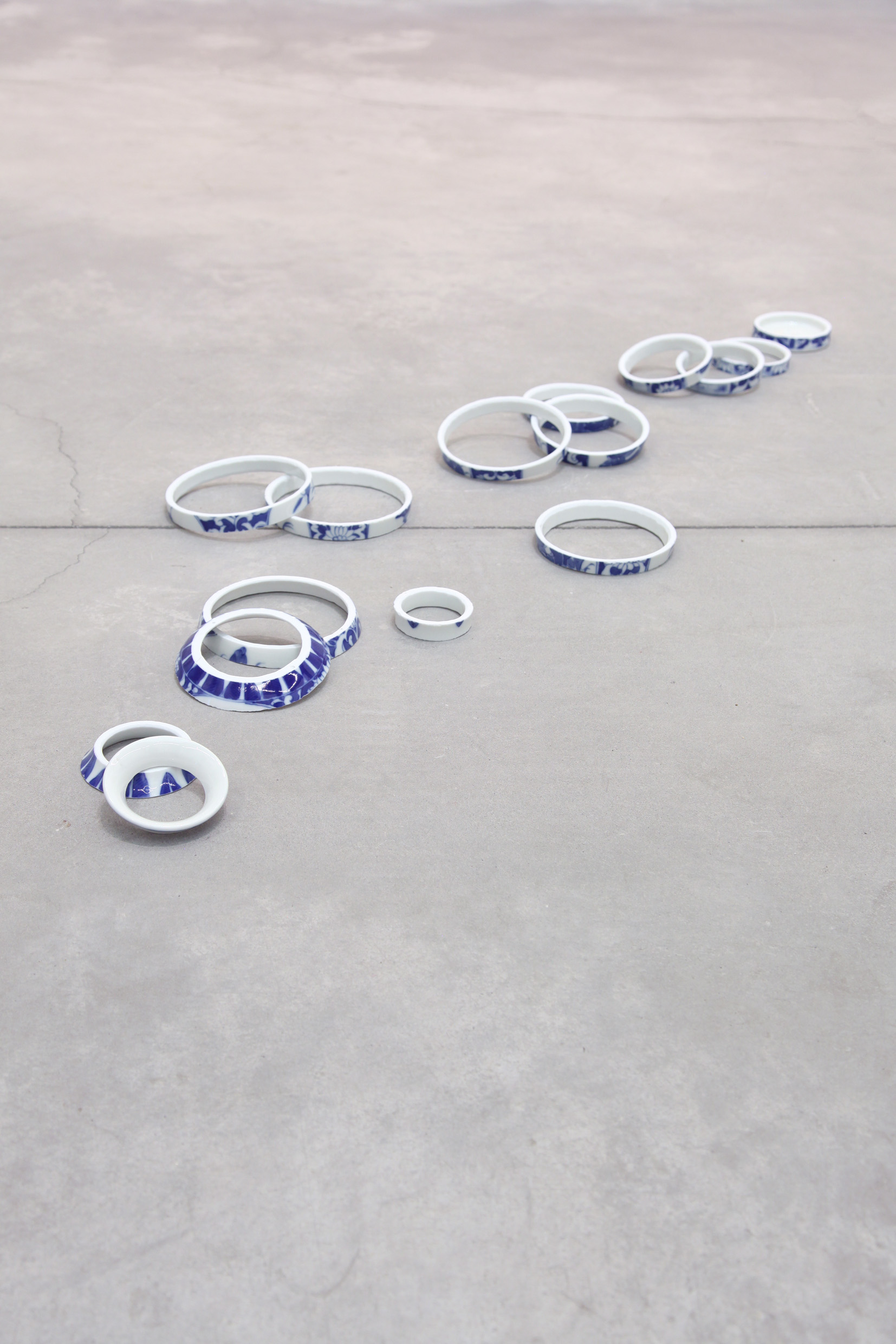 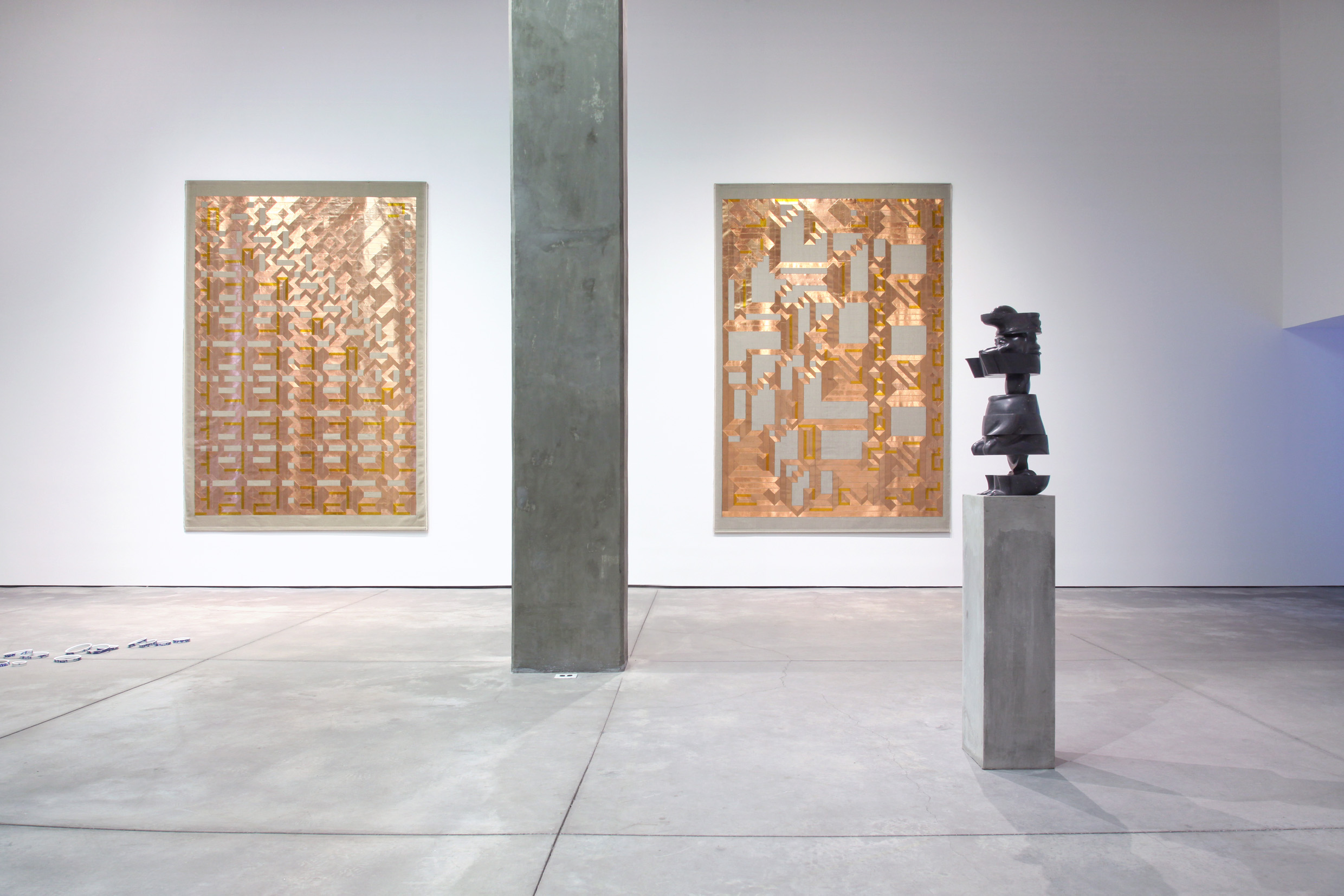 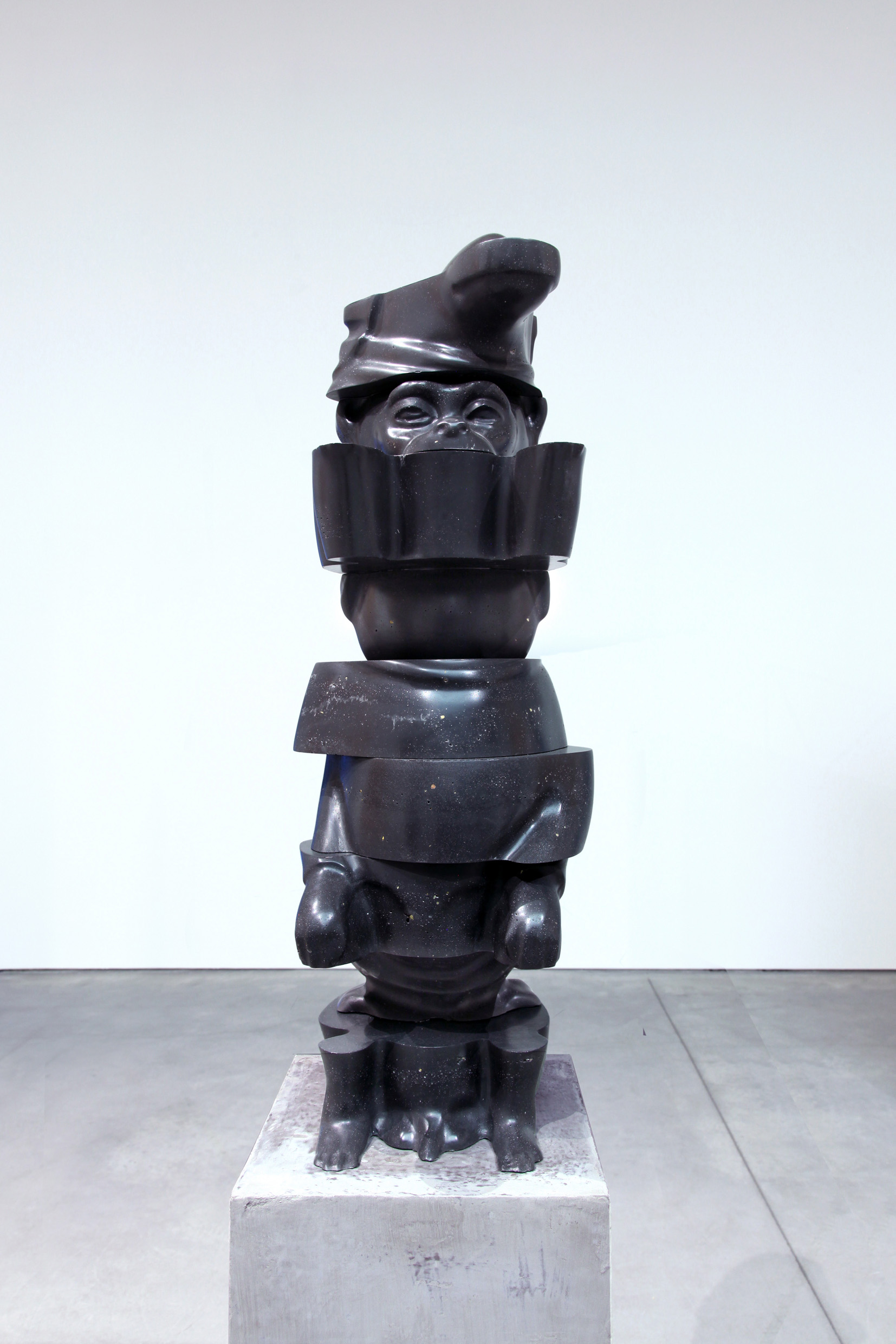 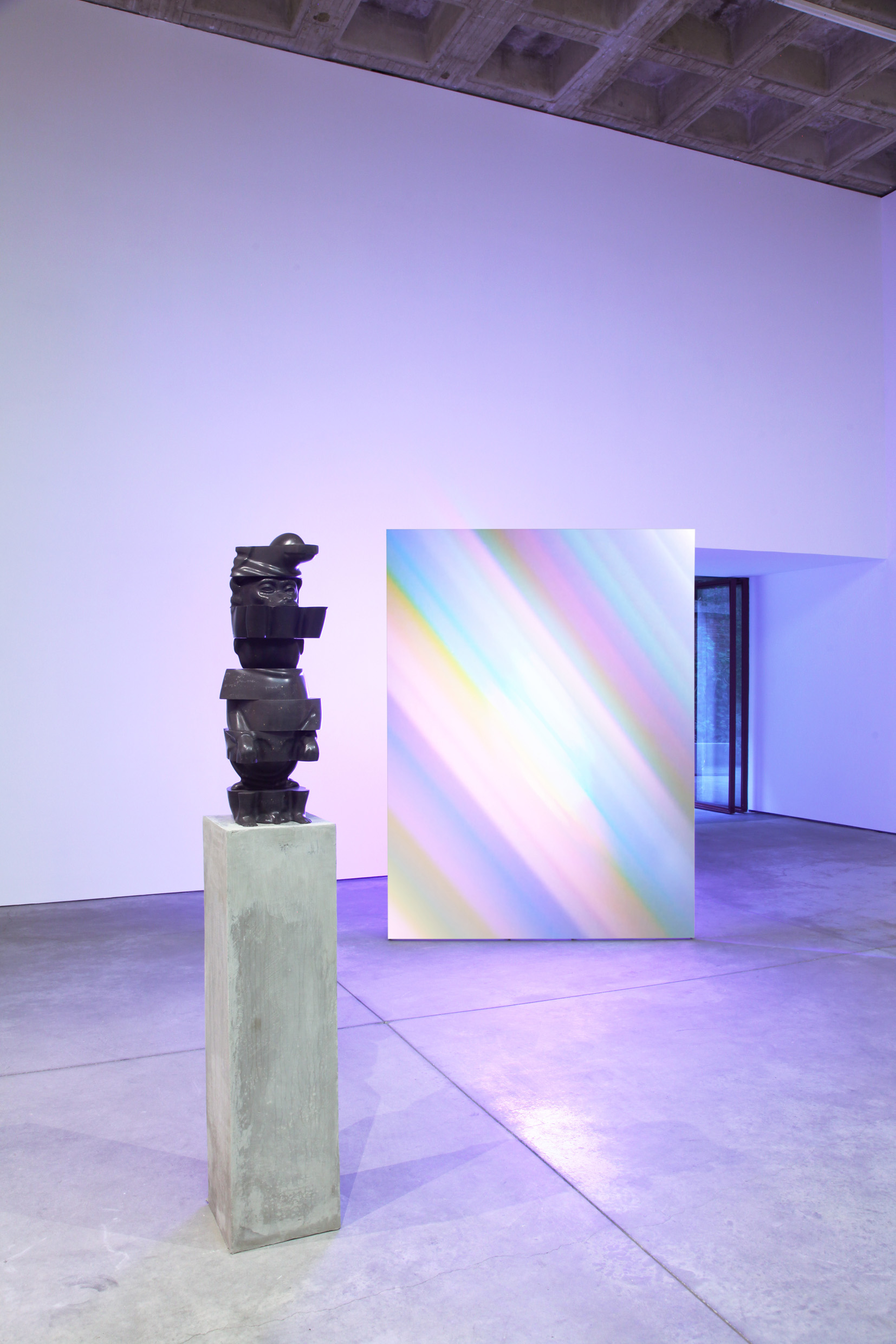 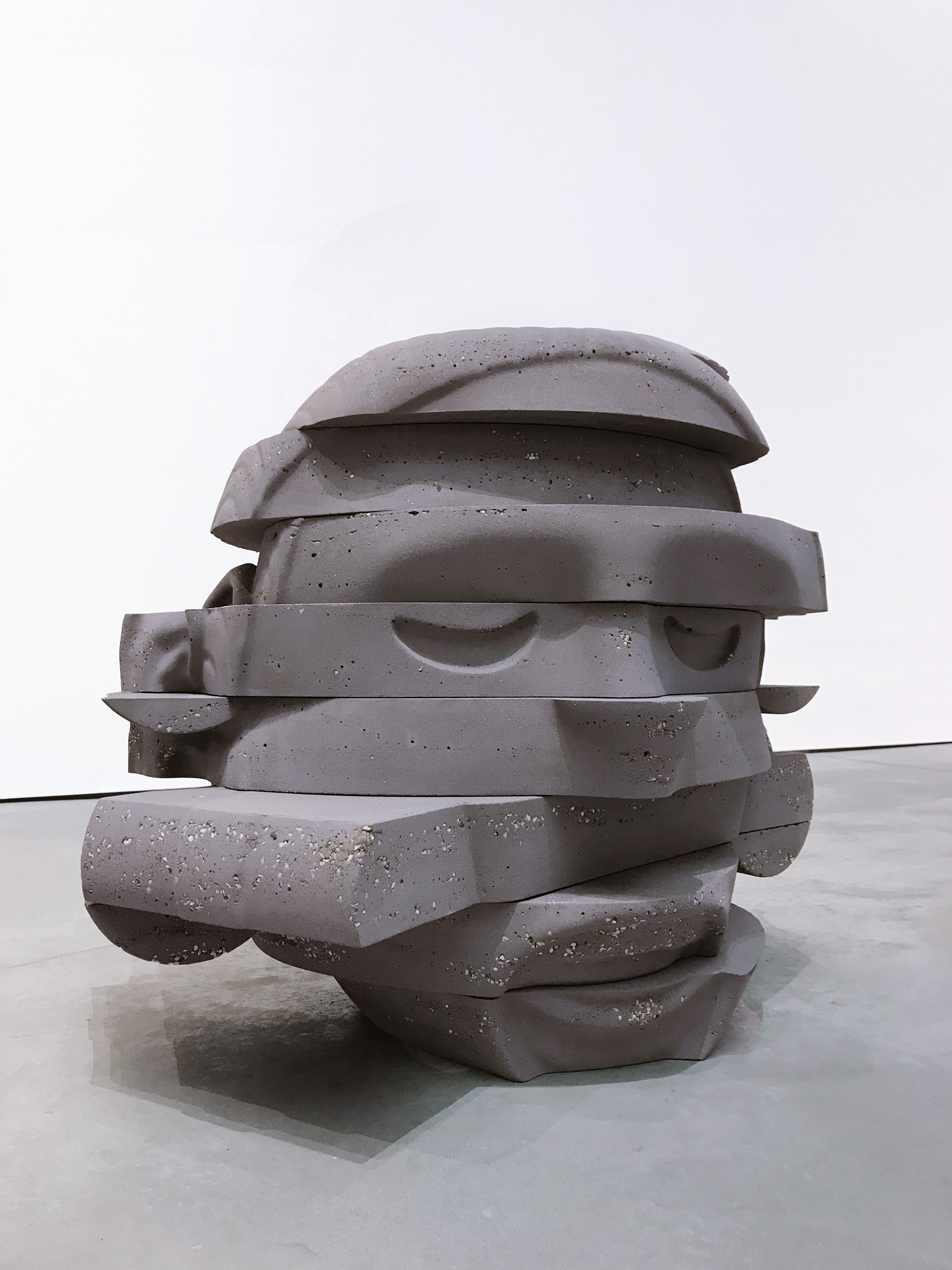 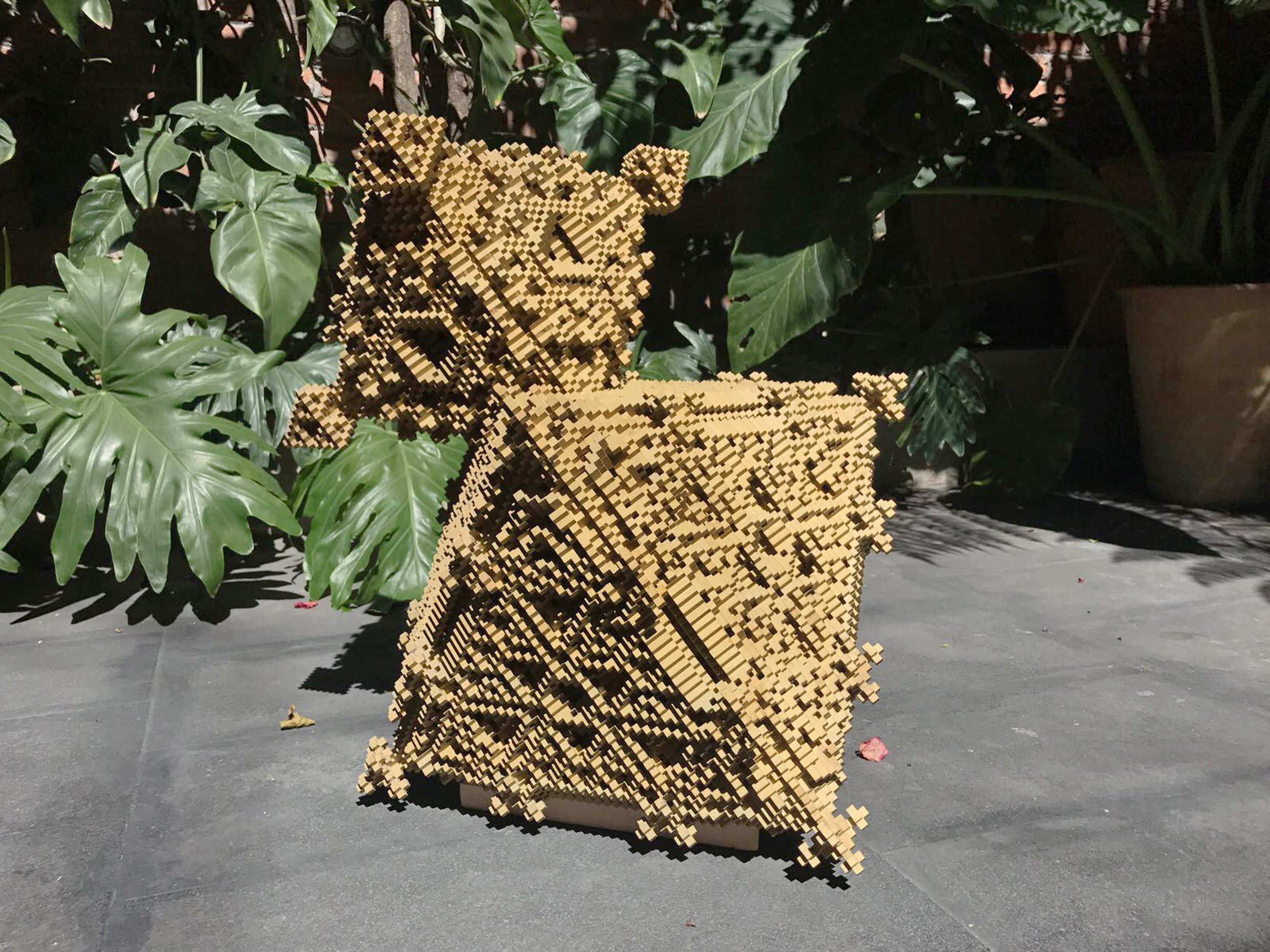 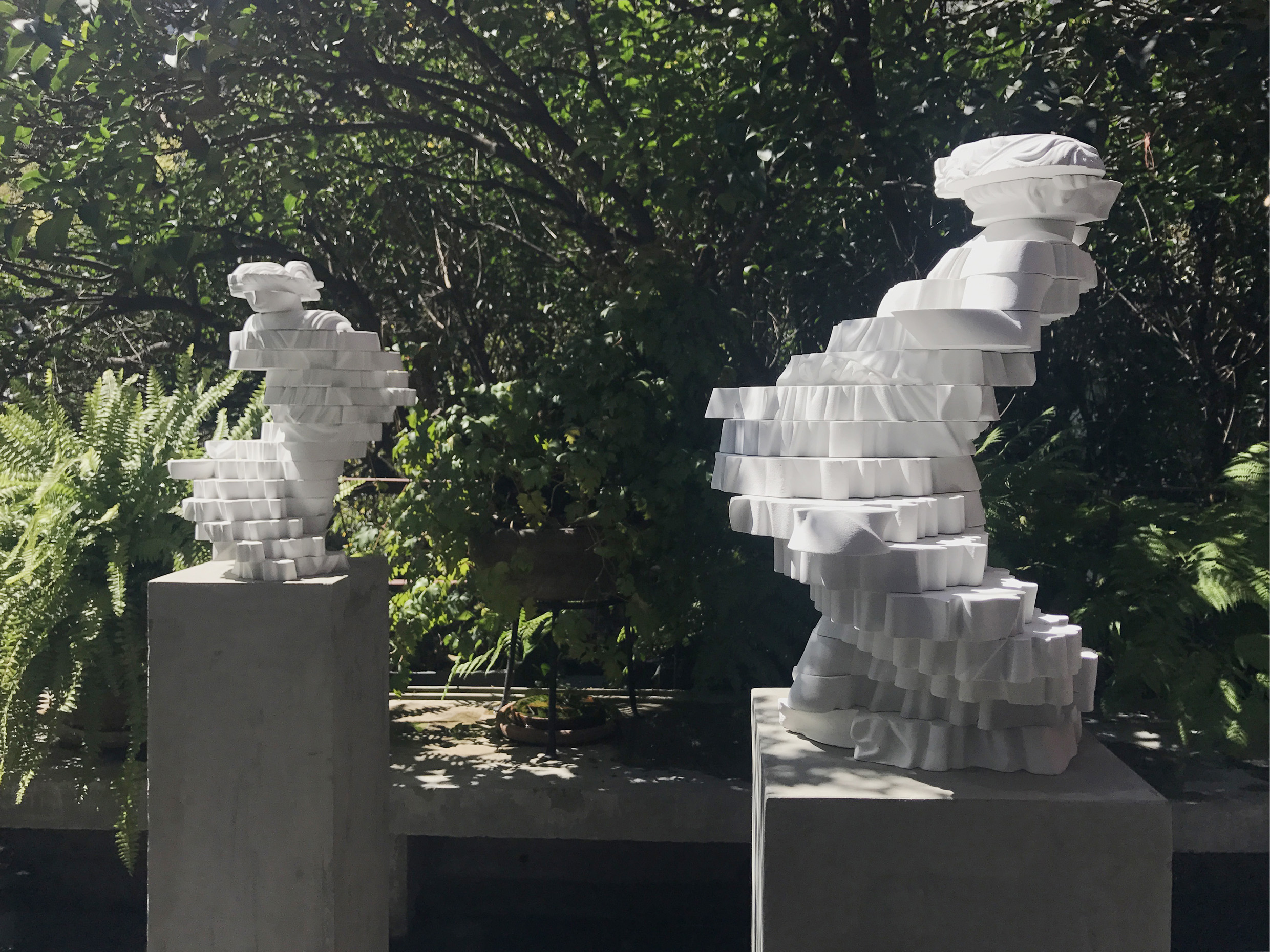 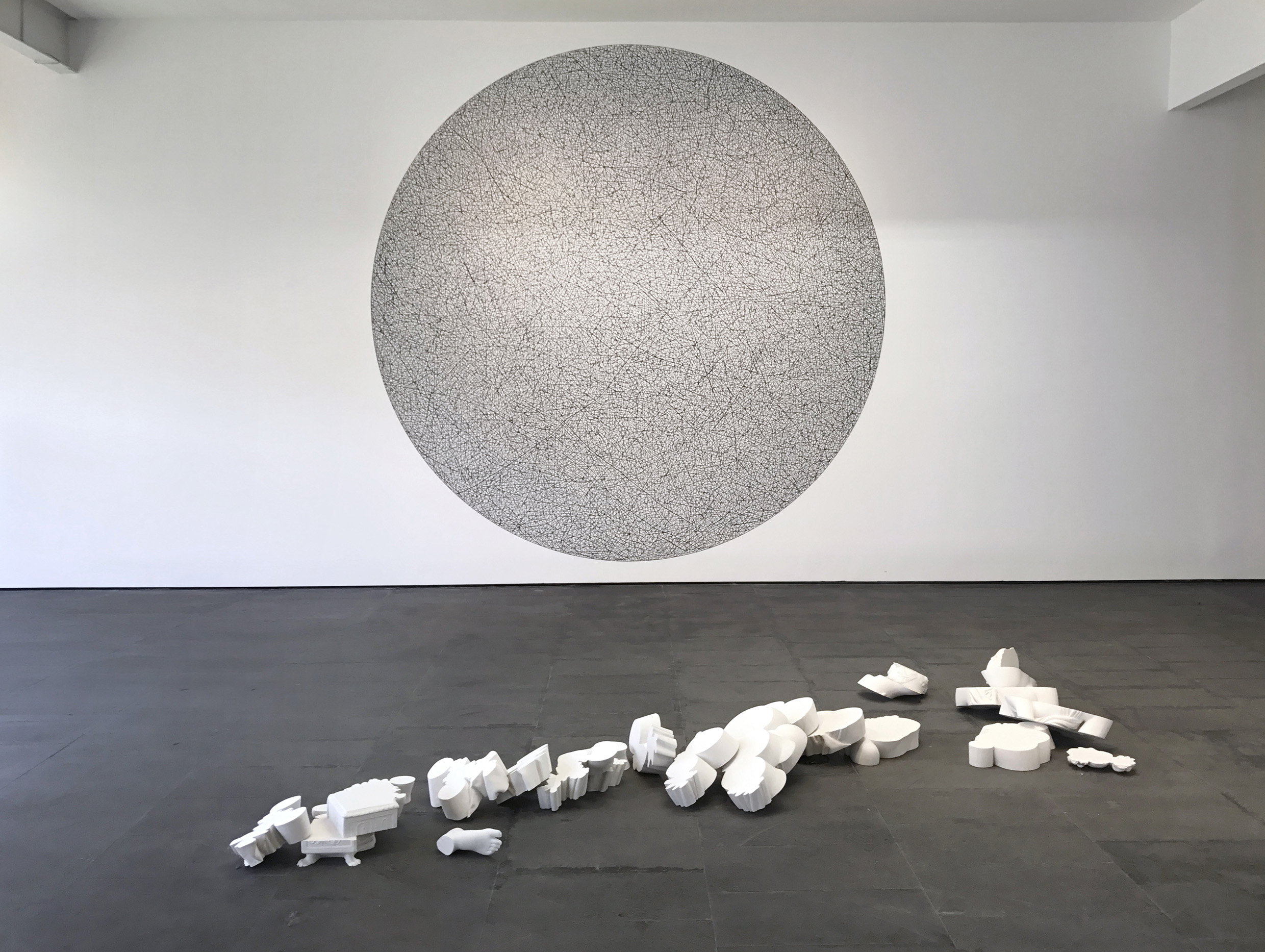 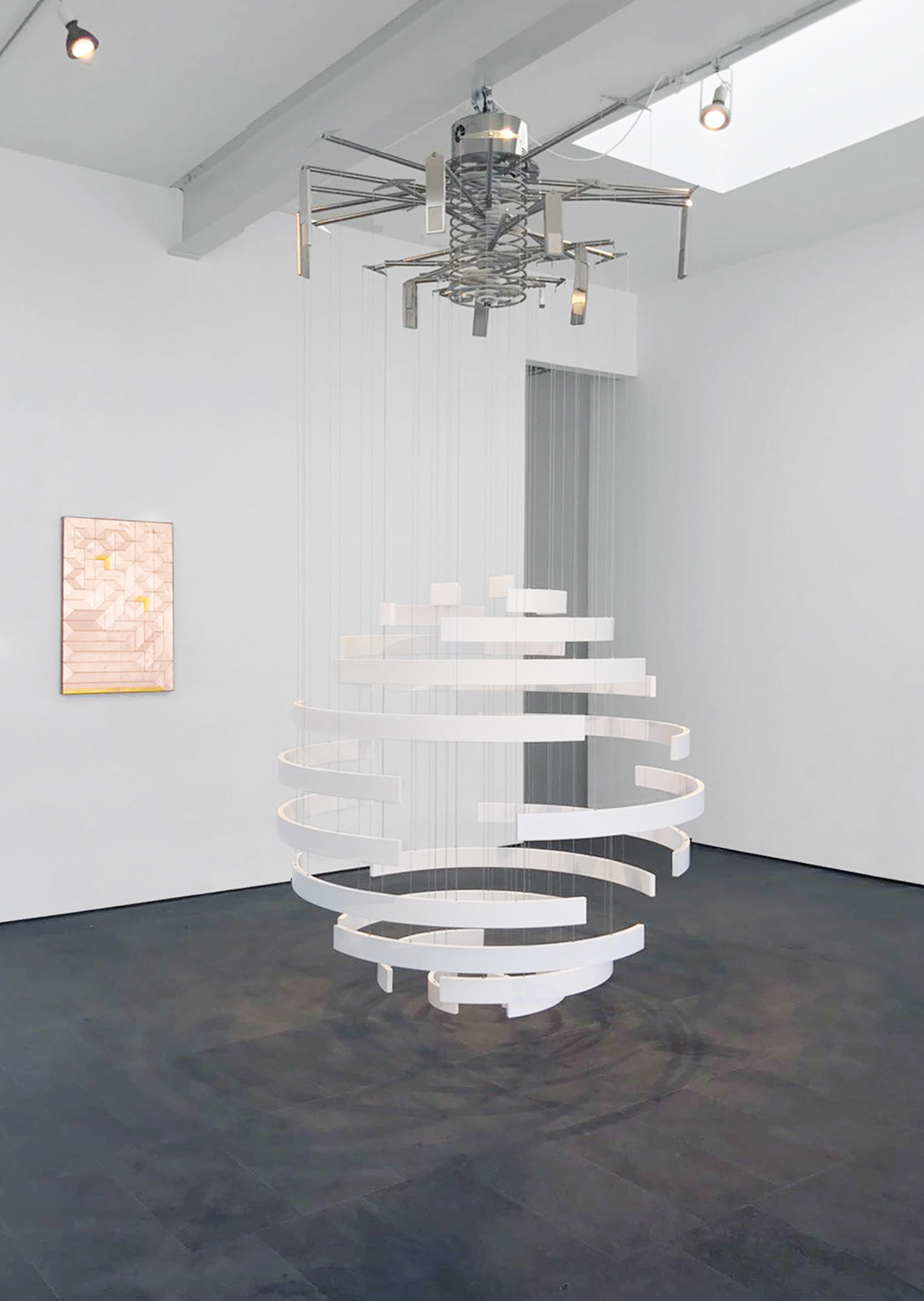 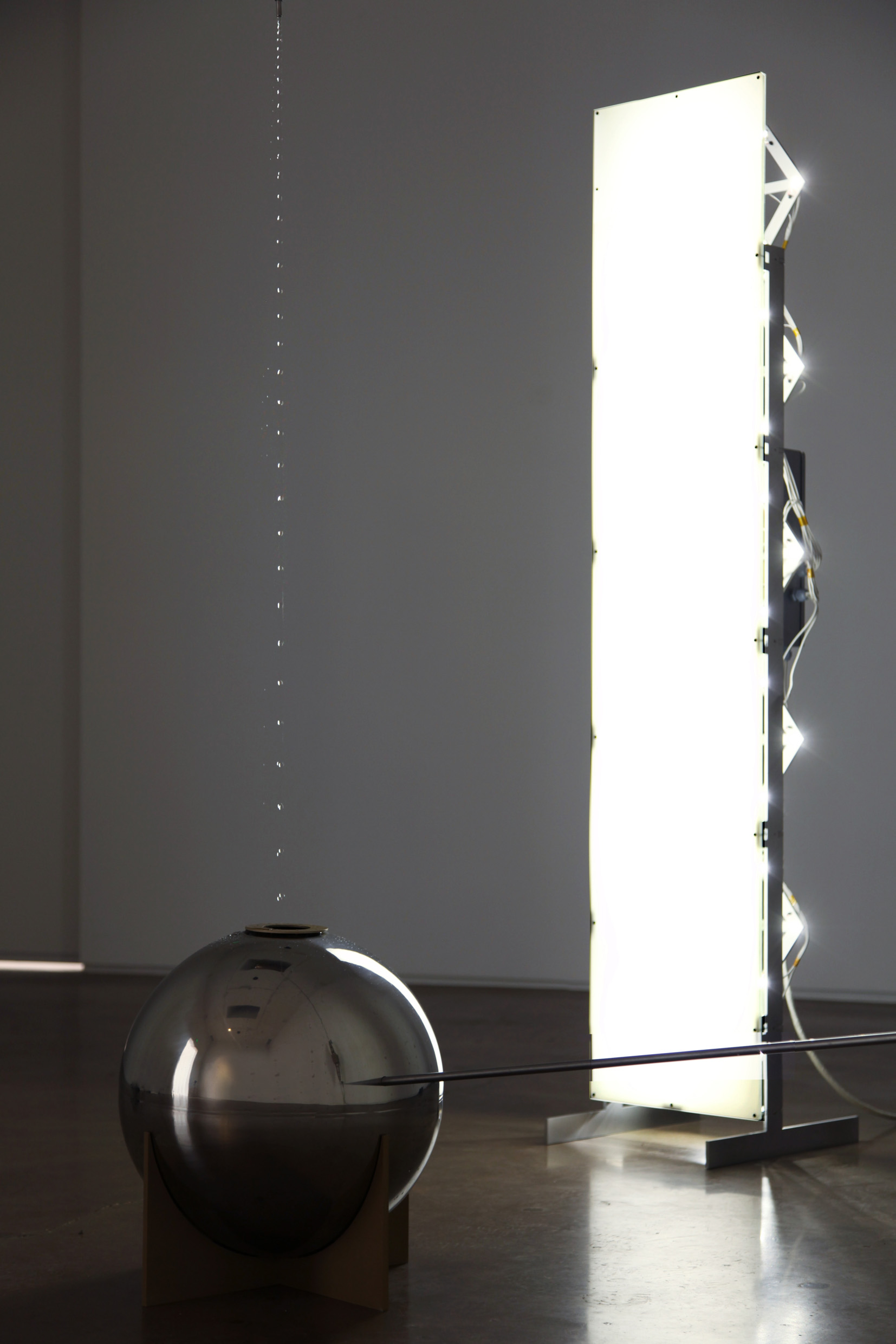 OMR is pleased to present Compression Loss – Troika’s second solo exhibition at the gallery. Troika is a collaborative contemporary art practice formed in 2003 by Eva Rucki (b. 1976, Germany), Conny Freyer (b. 1976, Germany) and Sebastien Noel (b. 1977, France).

For Compression Loss Troika will premiere two new bodies of work alongside existing sculptures and installations. The works in the exhibition stem from Troika’s continuing interest in the various models and belief systems used to detail and understand the world. Incorporating the opposing frameworks of technological advancement and mythology, Troika’s works investigate how the application of a purely rational and scientific method onto practical life is often at odds with the subjective and unpredictable.

Giving the exhibition its title, Compression Loss is a new series of sculptures in which Troika take mythological figures and forms and deconstruct them into separate ‘slices’. The title references a method of rationalisation in which the whole is seemingly understood by its deconstruction into smaller, separate parts — a process which does not account for accumulative significance. By physically slicing reproductions of Egyptian deity Thoth, Aztec deity Xipe, Greek goddess Hebe and Roman goddess Venus, Troika’s sculptures usurp this linear, reductionist viewpoint of knowledge, replacing it with a fragmented oscillatory one. Utilising methods of analogue ‘slicing’ they juxtapose the objective, logical applications of science with the shifting nature of mythology and belief.

While Compression Loss interrogates a grown history, Troika’s series of tapestries A Labyrinth of a straight line operate on the certainty of algorithmic data. The work takes its starting point from a recursive algorithm which is commonly used to search and navigate large amounts of data — a computing process which Troika have translated and reenacted on a human scale. Rendered in copper tape typically used in electronics for conductive circuits, as the algorithm traverses the expanse of canvas it manifests as a maze. Its path can be traced as one single, continuous line which closes into an infinite loop. The maze structure, an ancient signification of confusion and uncertainty, choice and resolution, was here created by following simple algorithmic rules. In A Labyrinth of a straight line the repetition of these rules results in an increasing absence of complexity, stripping the maze of its original symbolism.

Shown alongside the new works are All Colours White (2017), a structure on which a projected array of colours merges into white light every twelve minutes, Testing Time (2014), a digitally manipulated stream of water and The Sum of All Possibilities (2014), a suspended sculpture that continually reconfigures itself. Shown collectively, the works in the exhibition either incorporate or reference technological processes as a means to investigate the coexistence of seemingly irreconcilable opposites and the plurality of knowledge and experience.