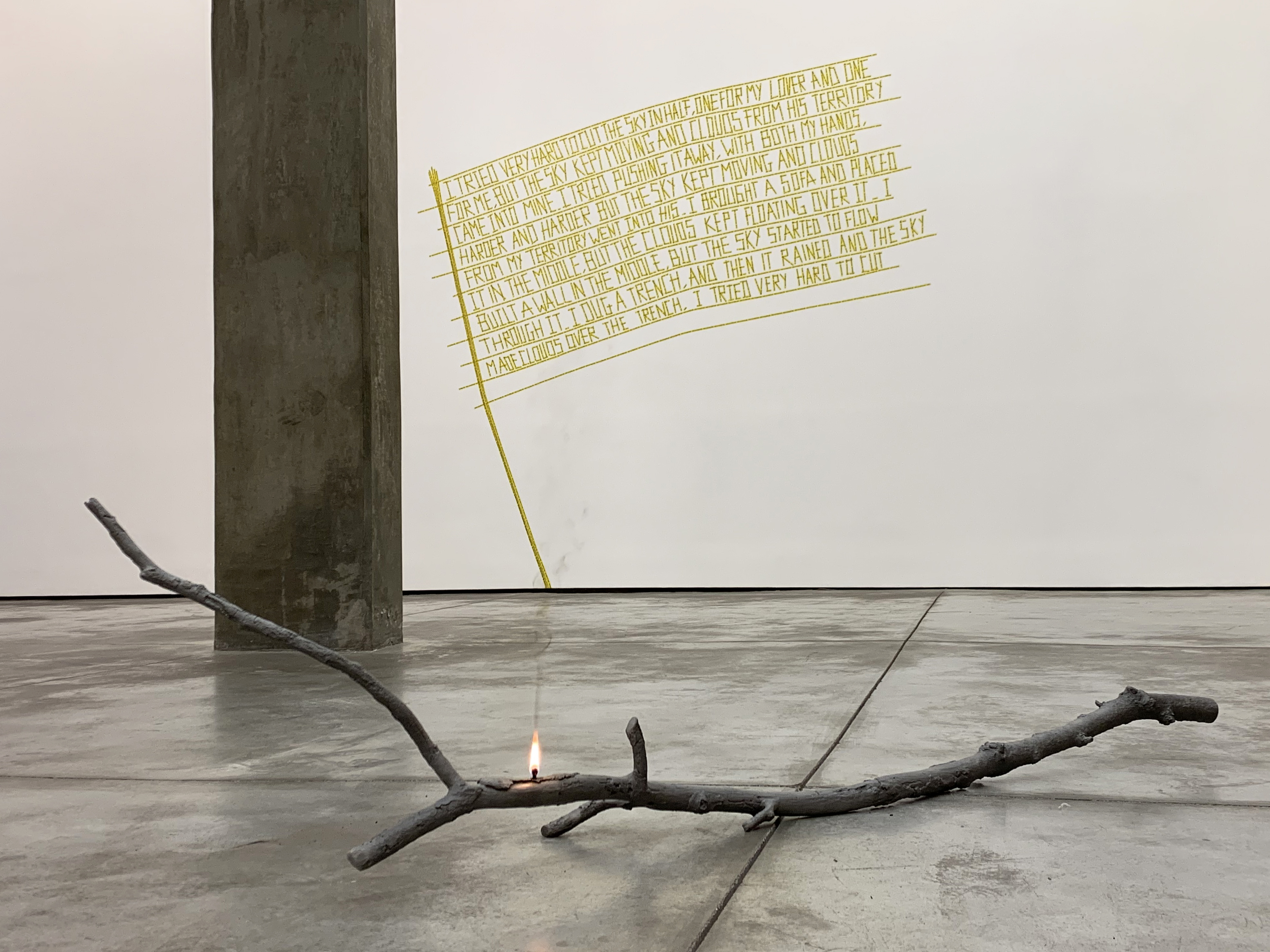 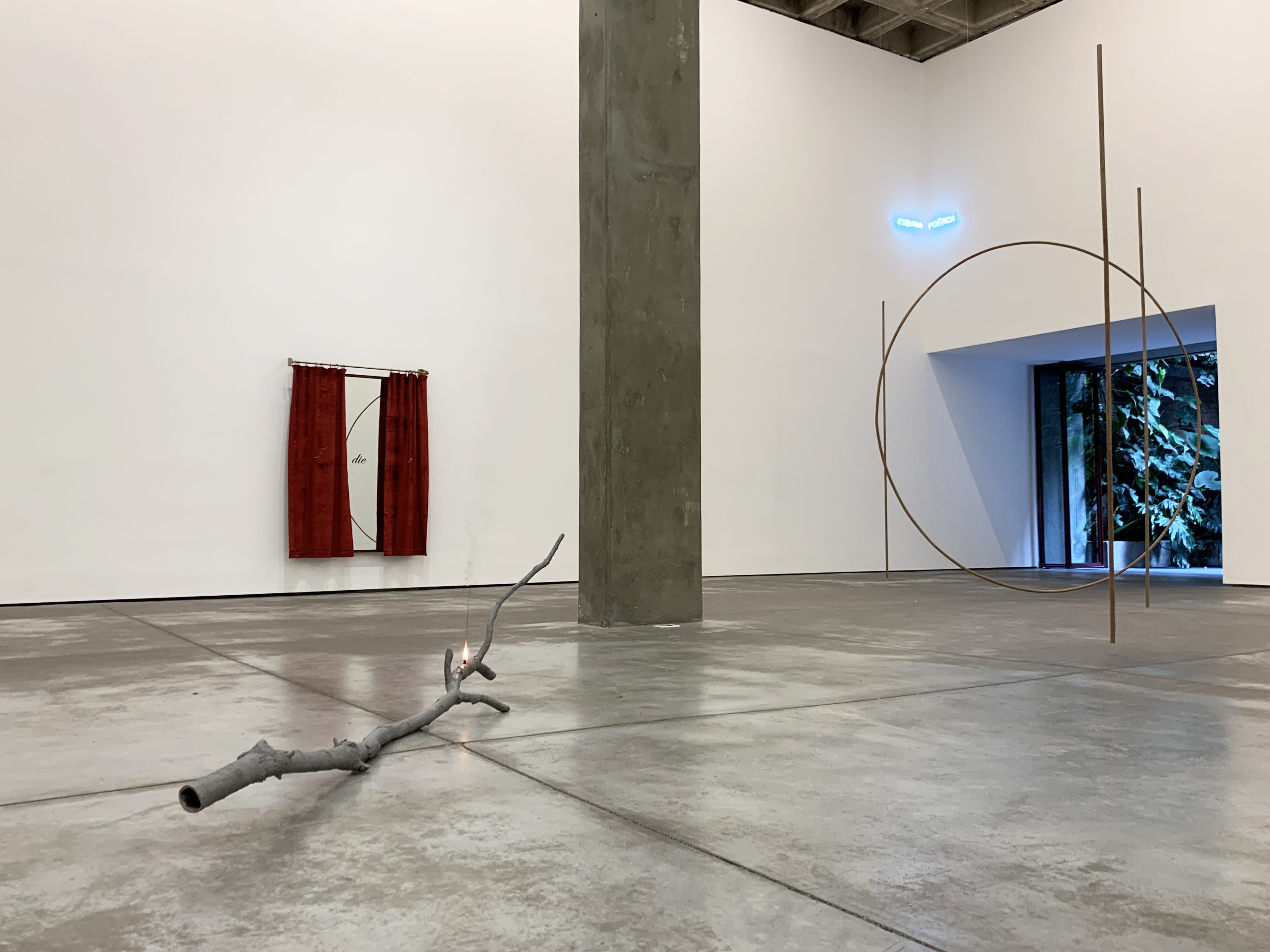 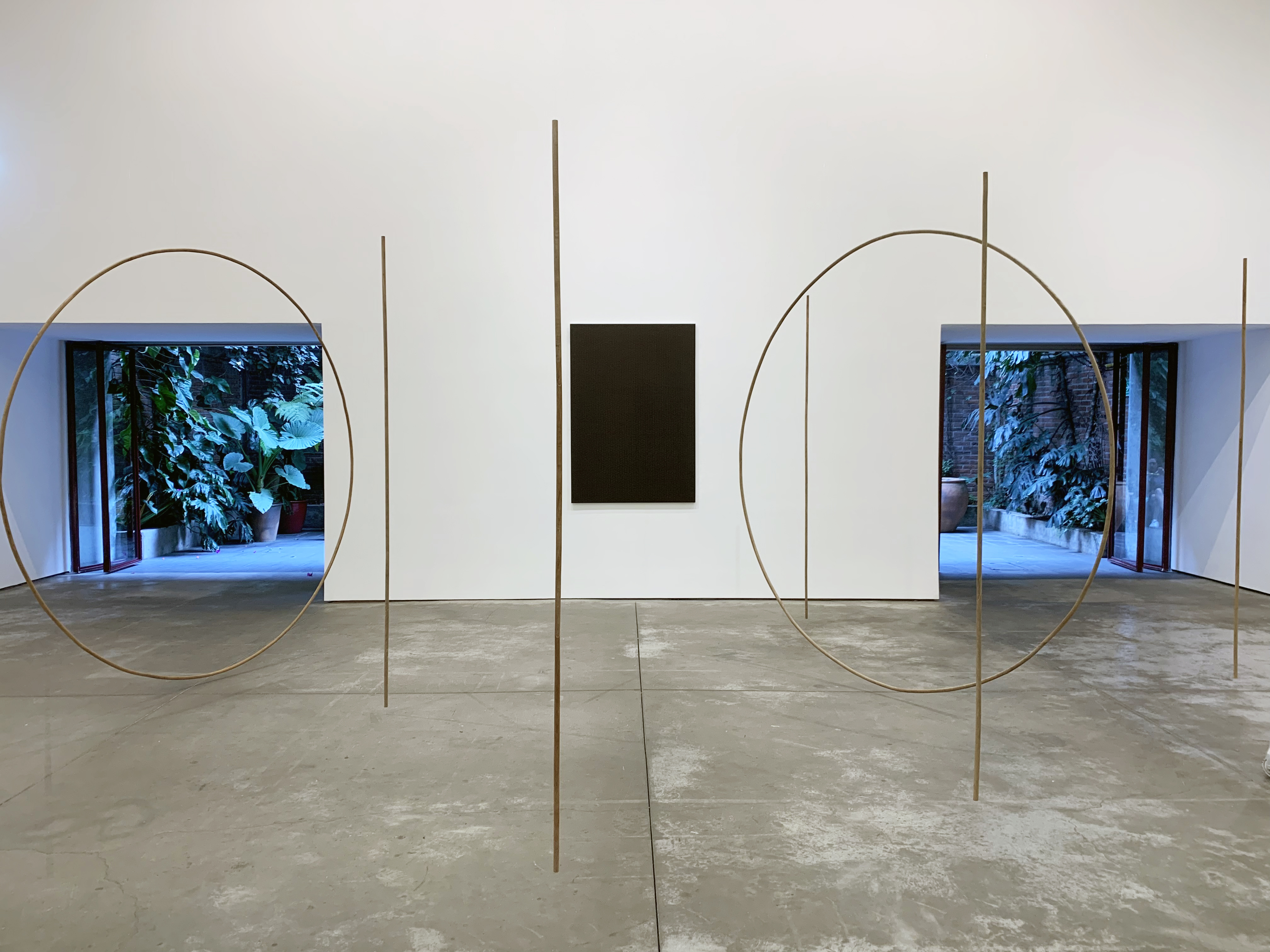 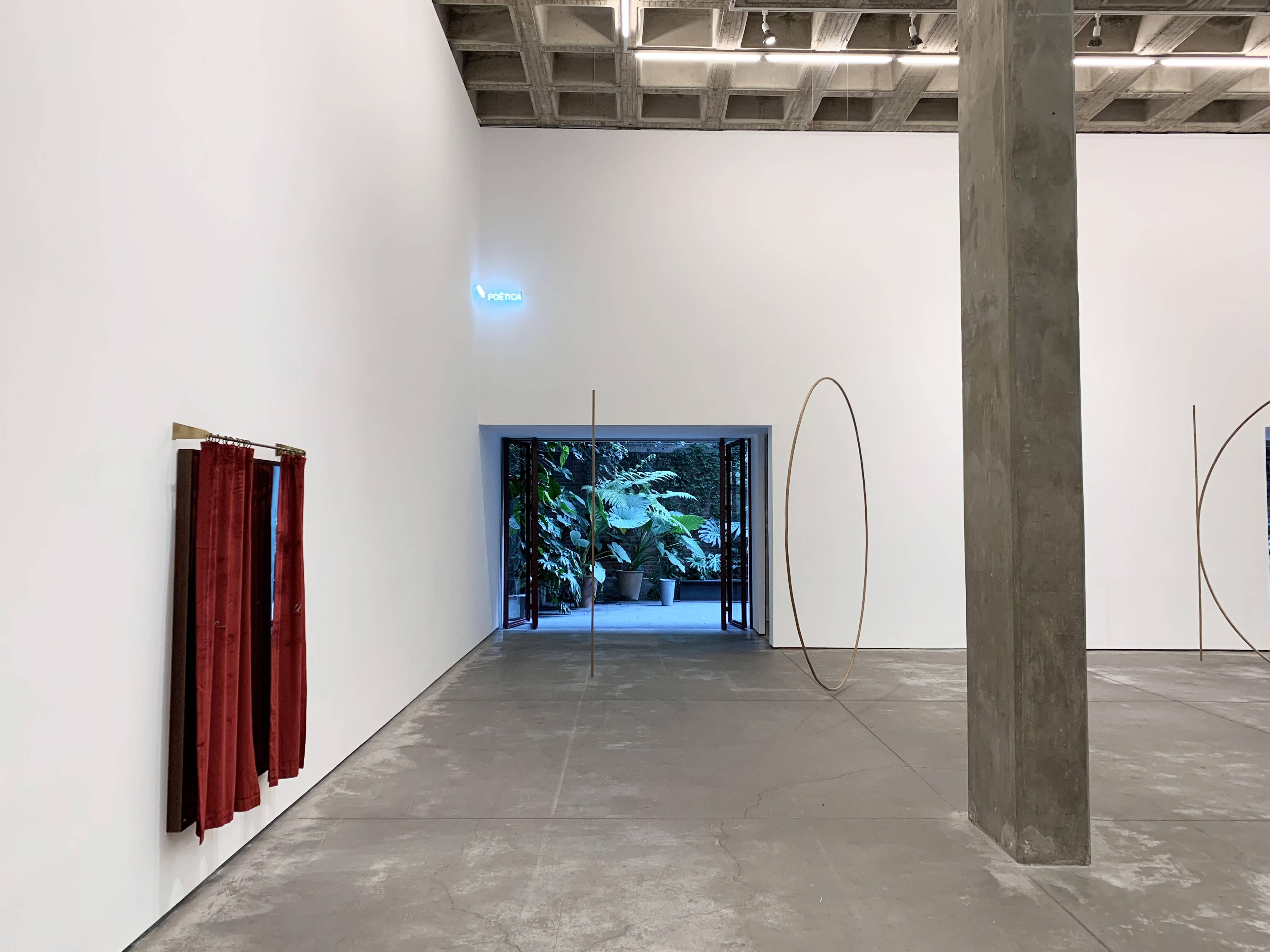 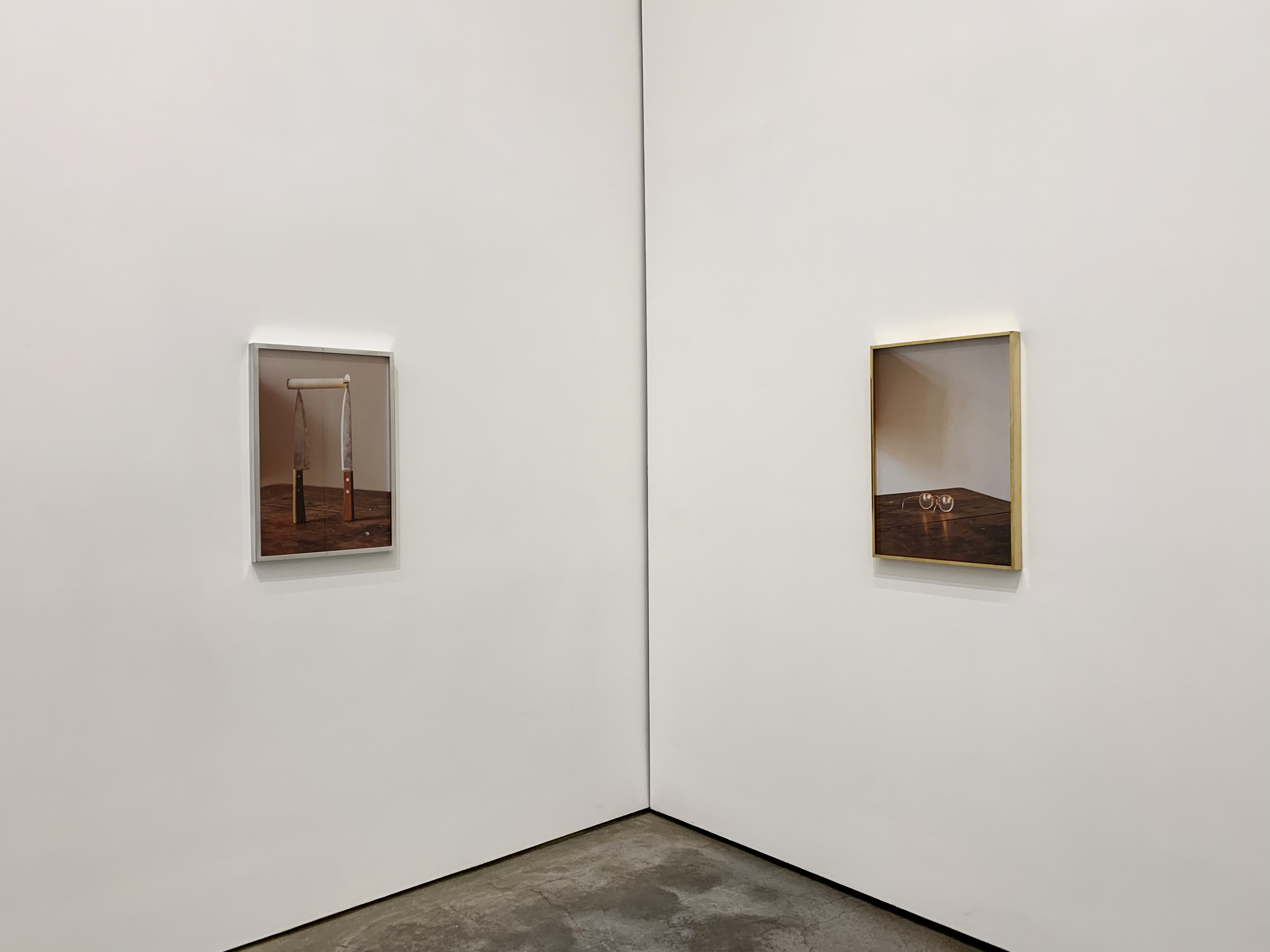 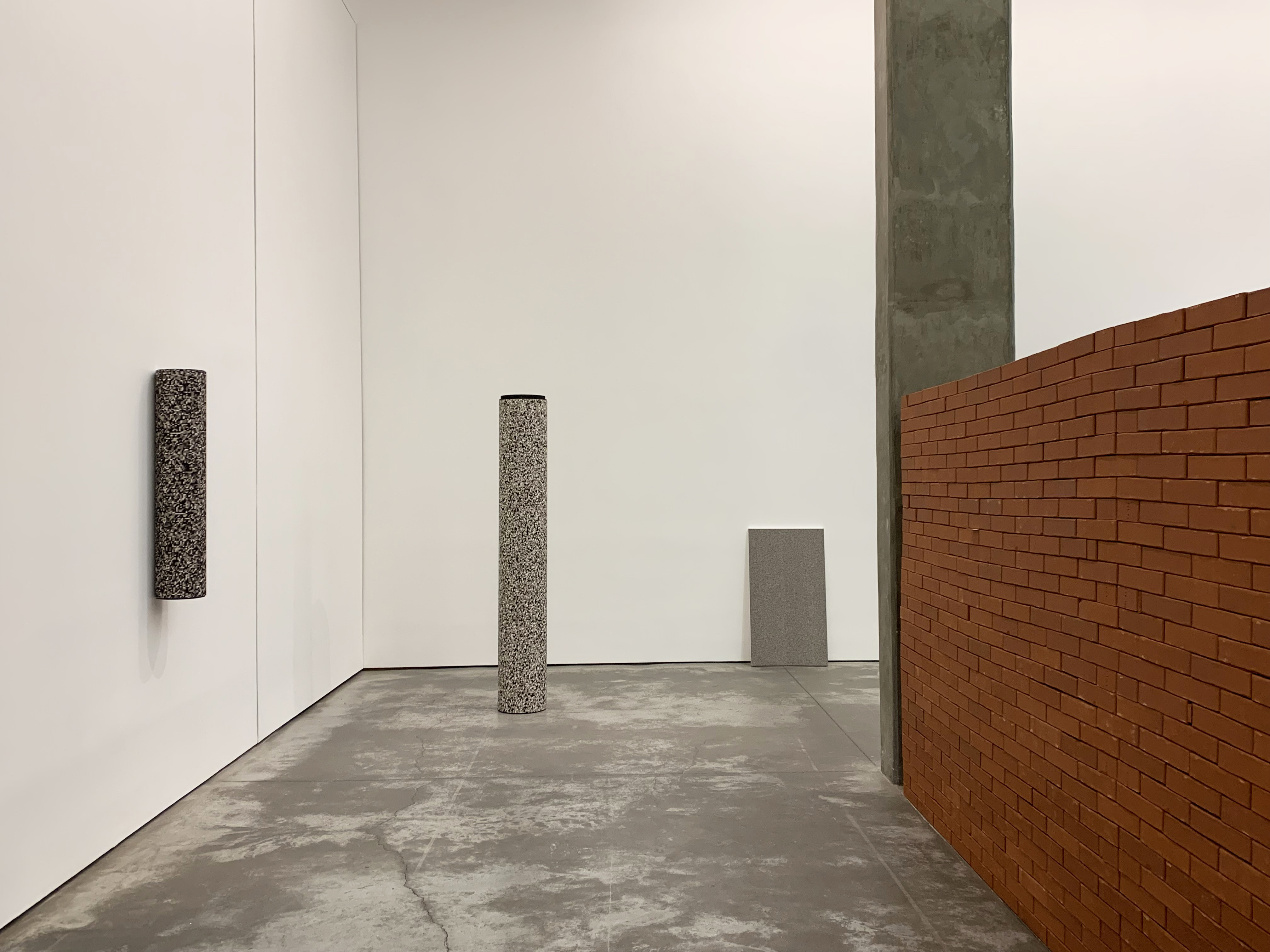 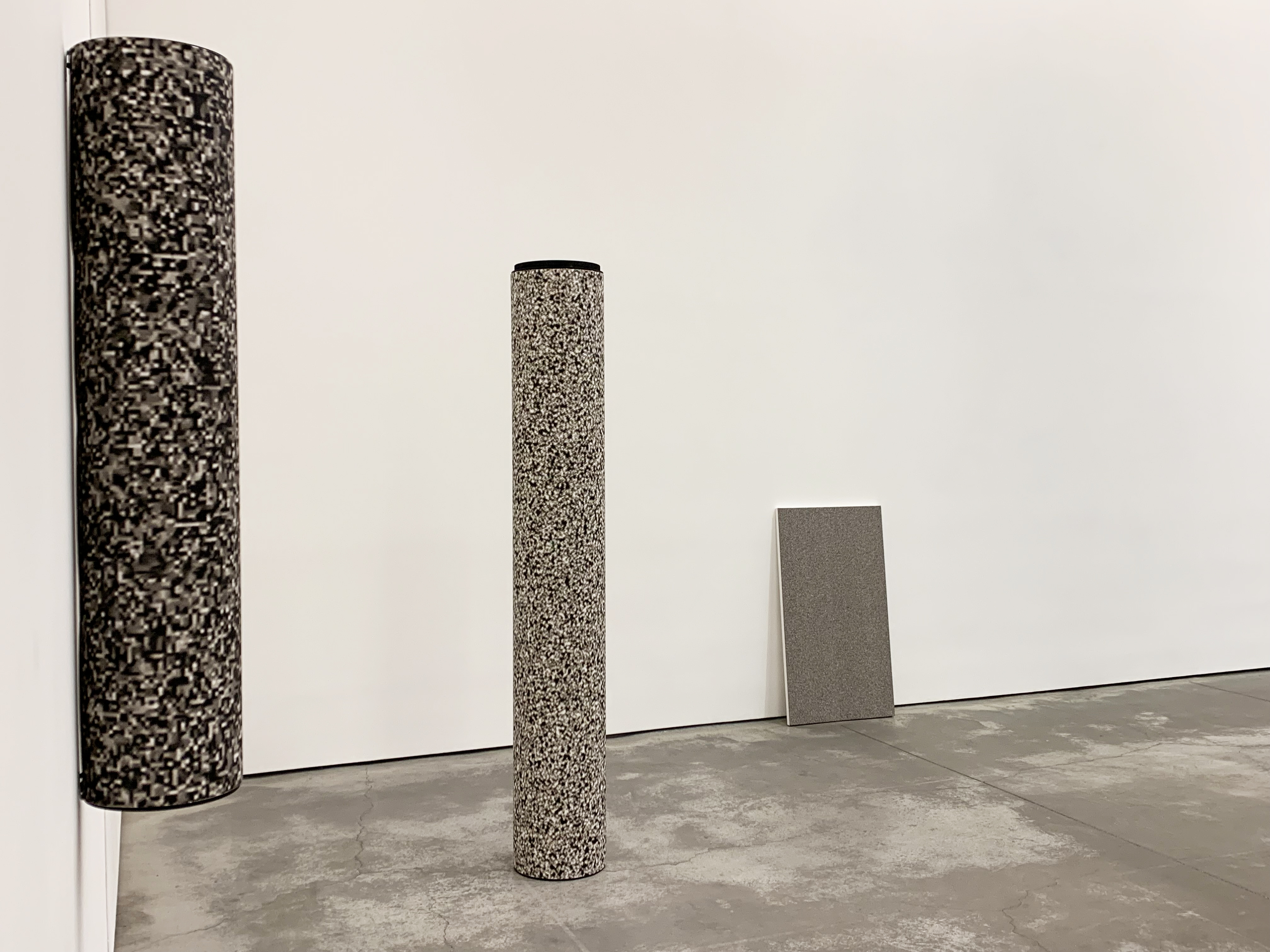 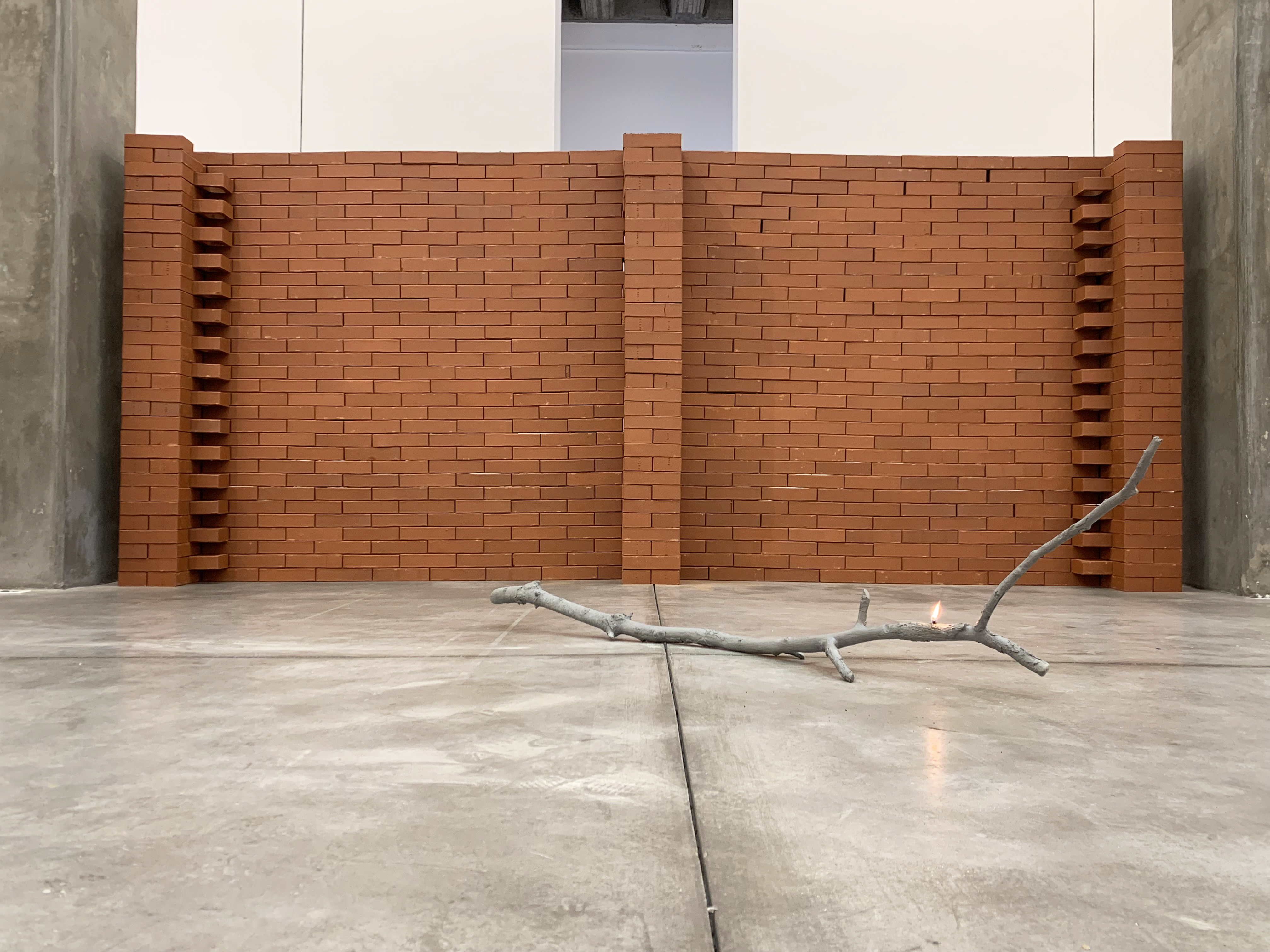 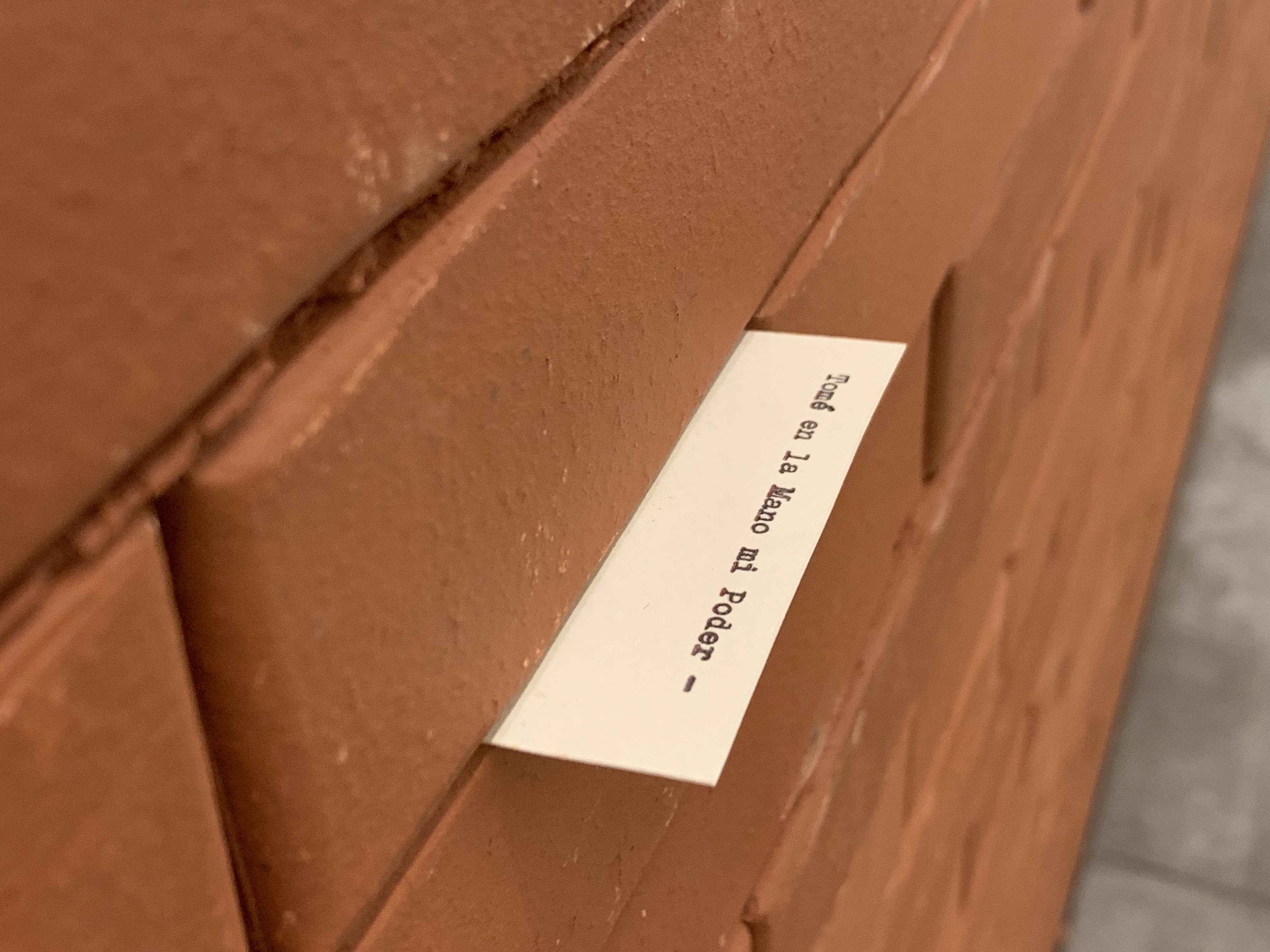 The self and the word.
‘Who writes? For whom is the writing being done? In what circumstances?’ was firstly posed by Edward Said to form a debate on the politics of interpretation. Departing from these questions, the exhibition Who Writes? brings together artists from different regions whose works are charged with both political and poetic sensibilities in response to their own environments. Yet, in this multilingual encounter, dialogues between self and other, individual and collective, and memories and narratives manifest new, liberating horizons through their art.

Based on Jorge Méndez Blake’s idea that ‘writing is itself a kind of construction and reading is a way of creation’, he transforms literature into architecture and performs the act of reading. His site-specfic piece I Took my Power in my Hand (and a Typewriter) is built around Emily Dickinson’s poem, sculpting a poetic voice into a manifesto – a fist to fight, a pencil to draw or a pen to write. Maria Taniguchi’s untitled paintings depicting patterns of bricks are dedicated to labor-intensive processes in the face of external global mechanization. Her Runaways – sculptural circles and rods made from Java Plum, a hardwood native to Southeast Asia – speaks to the recurring theme of entanglement between human workers and ‘earth stuff’. Michael Lin’s wall painting Forever Shanghai borrows from the Chinese bicycle brand founded in 1940. As the name suggests, the product was intended to last at least a lifetime. Lin’s piece illustrates a symbolic temporality where Maoist China’s national ideology of ‘a better life’ is projected by this product. Shilpa Gupta is drawn to how objects, places, and people are defined, and asks how these definitions are played out through the classification, restriction, and censorship. Untitled (There is No Border Here) is a pattern poem that shines a light on the abstract nature of territorial boundaries through both its content and form. Ariel Schlesinger’s art turns negative events into positive ones by reflecting on everyday beauty, on the poetry that we fail to see, and on our wavering attention. At Arm’s Length IV performs a sculpture’s freedom into a flaming dance to break the ordinariness. Adriana Lara playfully turns her artistic models into situations for the viewers to engage with. Driven by her ongoing research on noise, El Ambiente consists of painting, sculpture and sound, and utilizes the syntactical structures of sign systems and modes of visualizing quantitative data as its aesthetics.

Written from and for the rhetoric of emancipation, Who Writes? rethinks the everyday subversion through a questioning of what exists after artistic liberation. In a moment of planetary crisis, freedom and oppression, violence and discrimination, and commingling of truth and fiction, how can the circumstances in which one writes be changed?