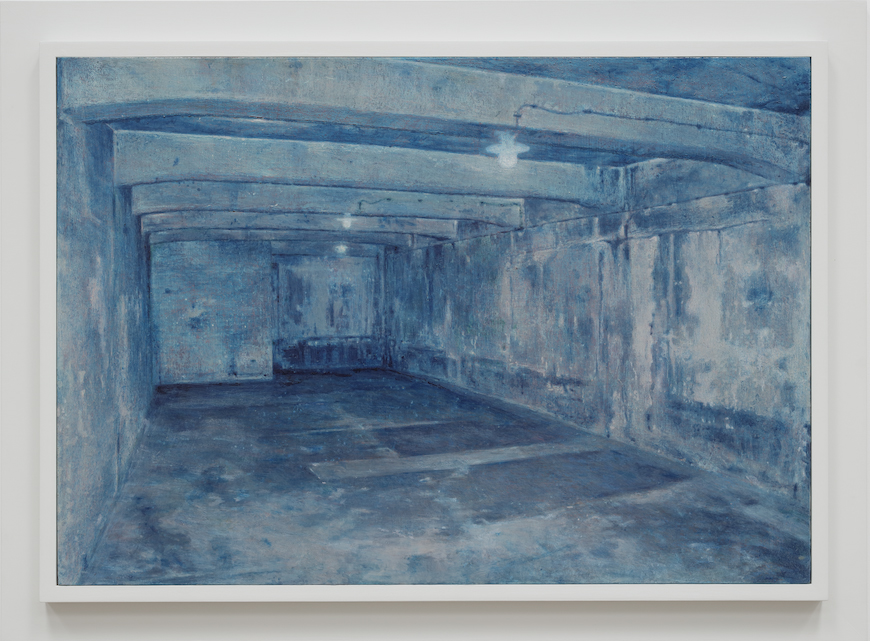 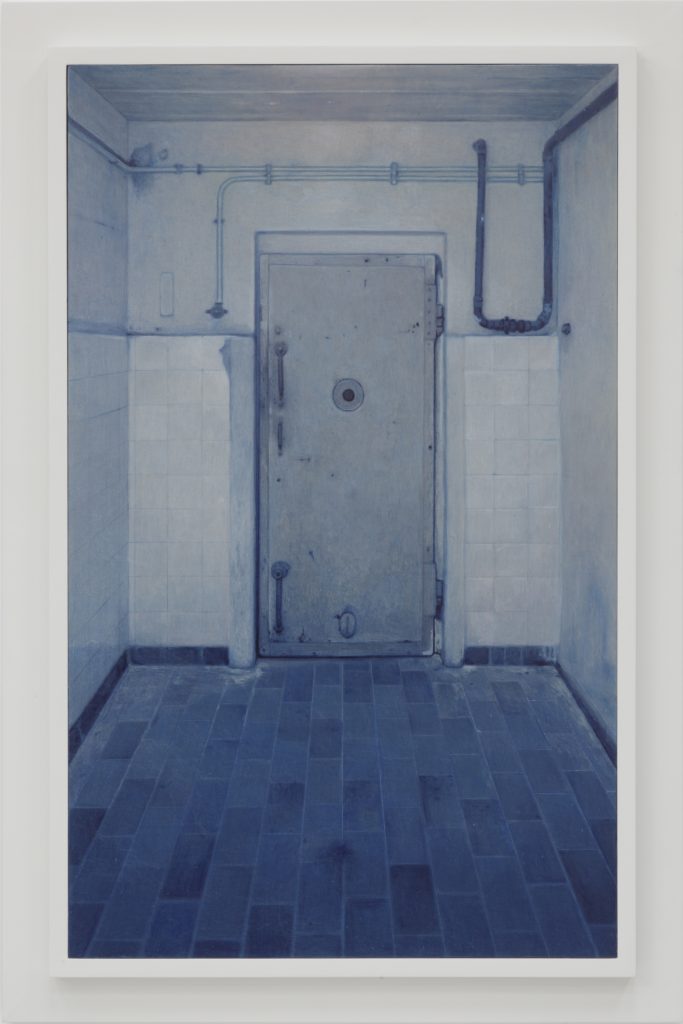 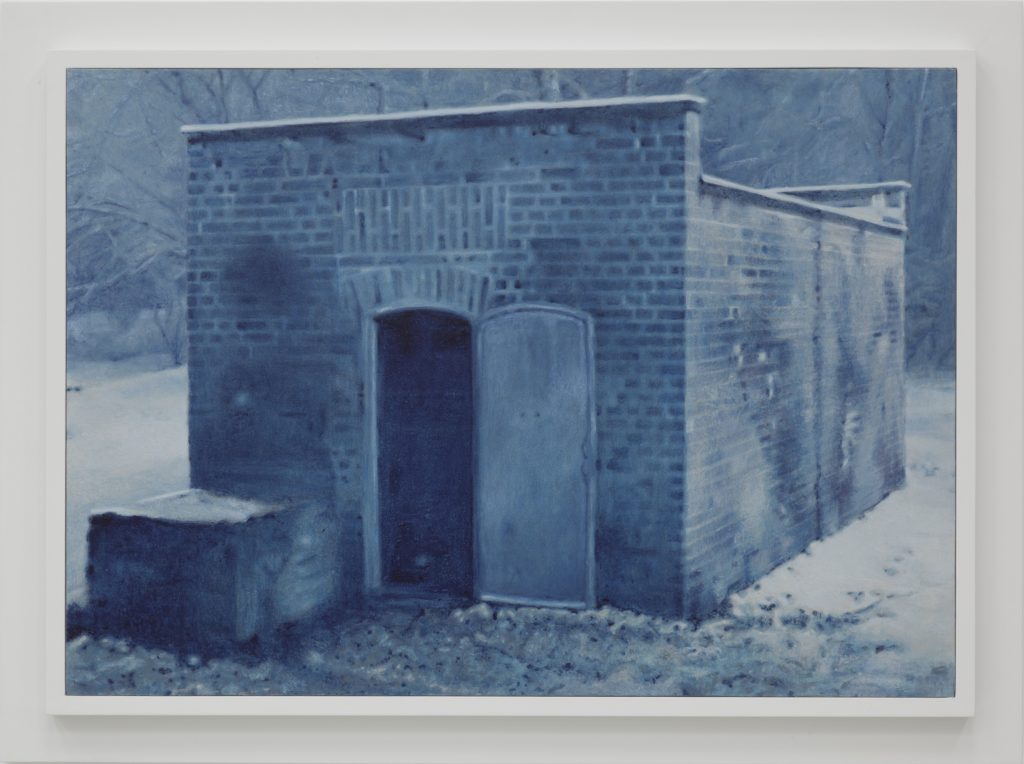 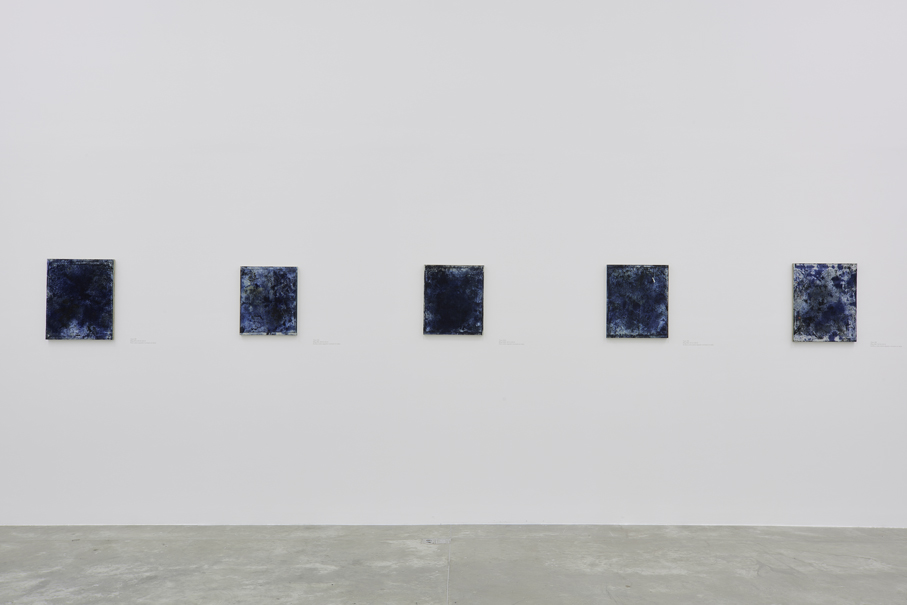 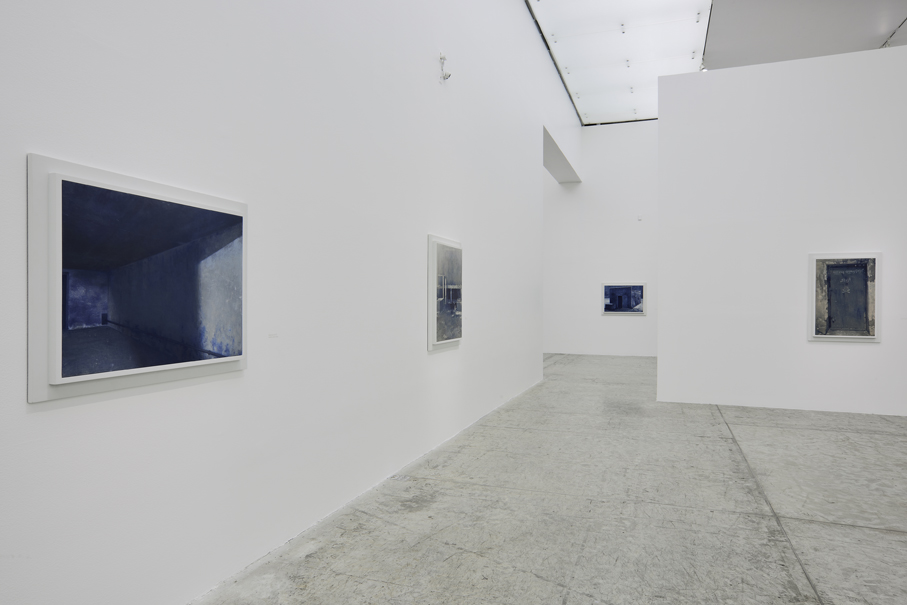 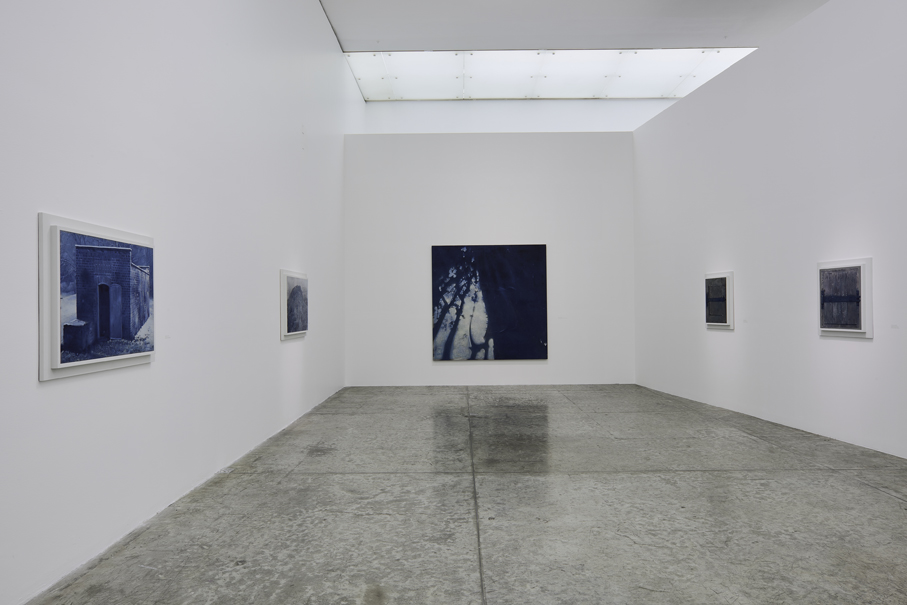 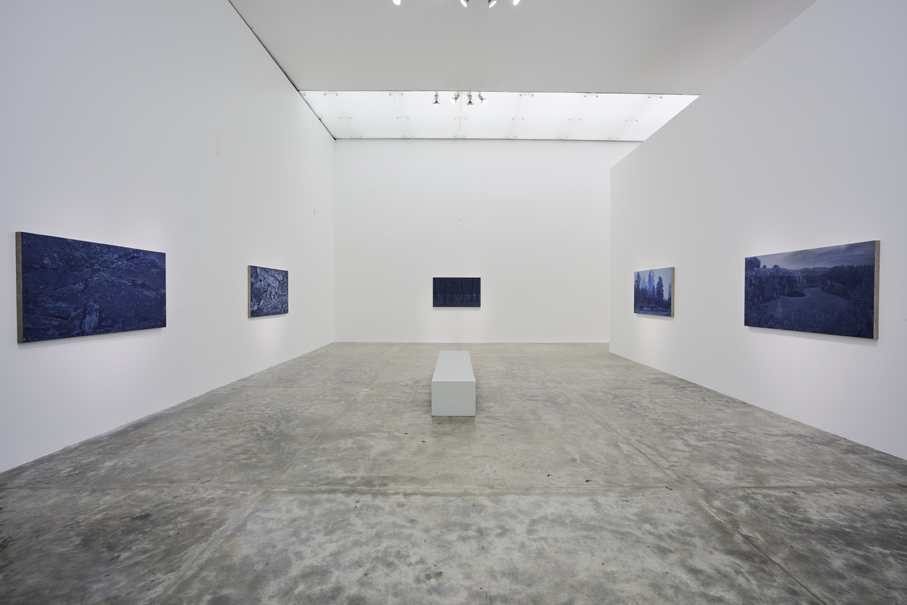 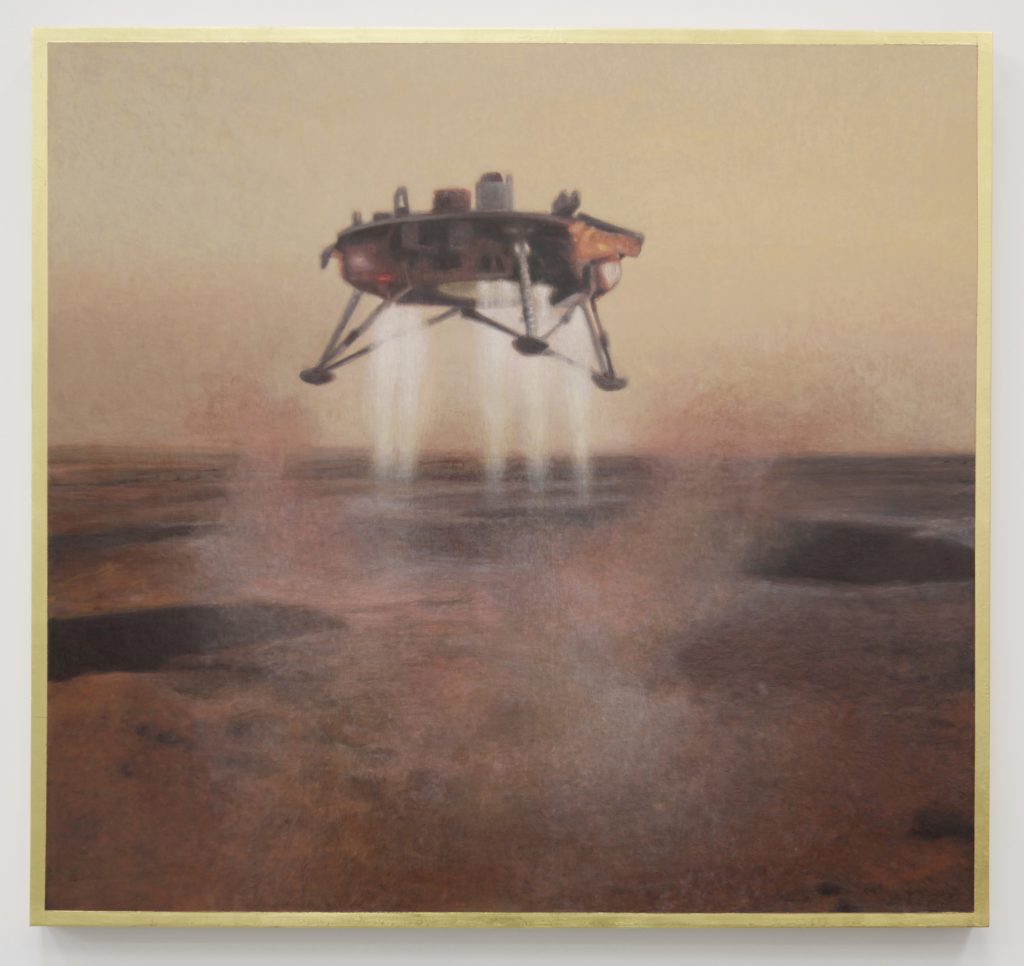 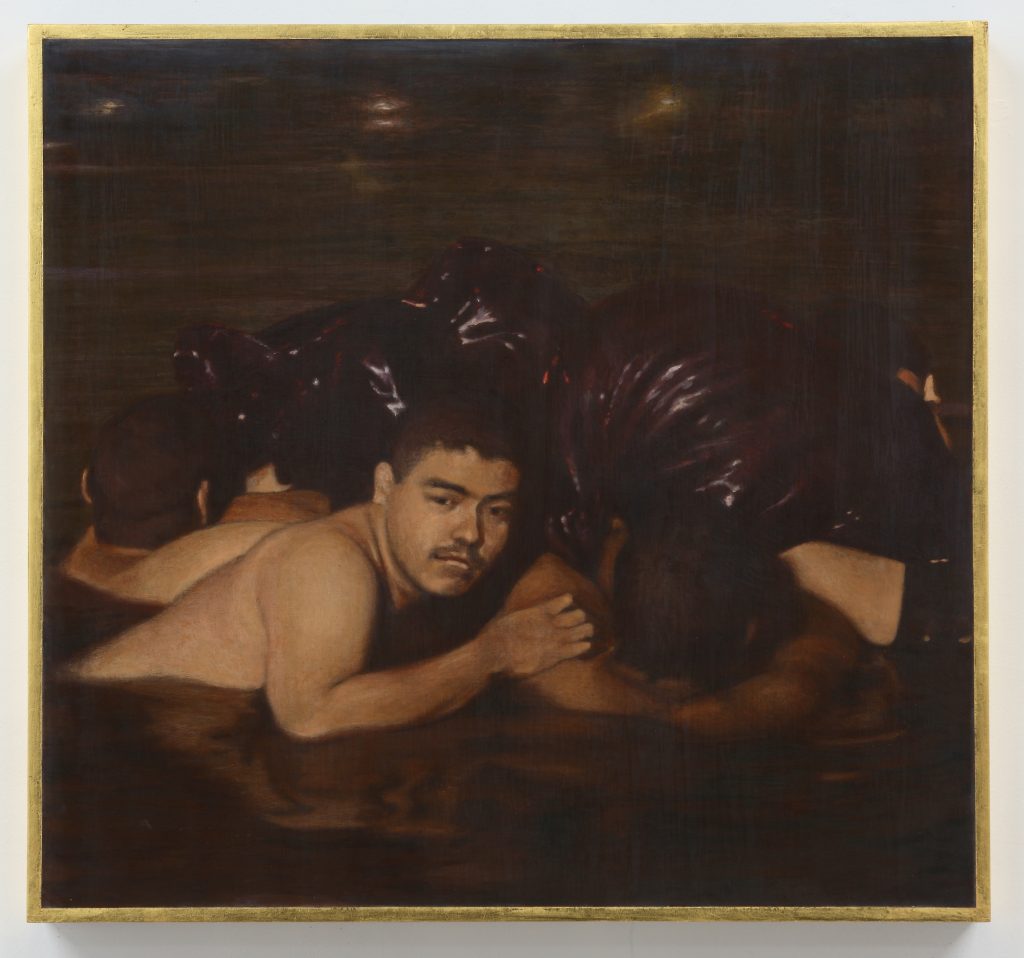 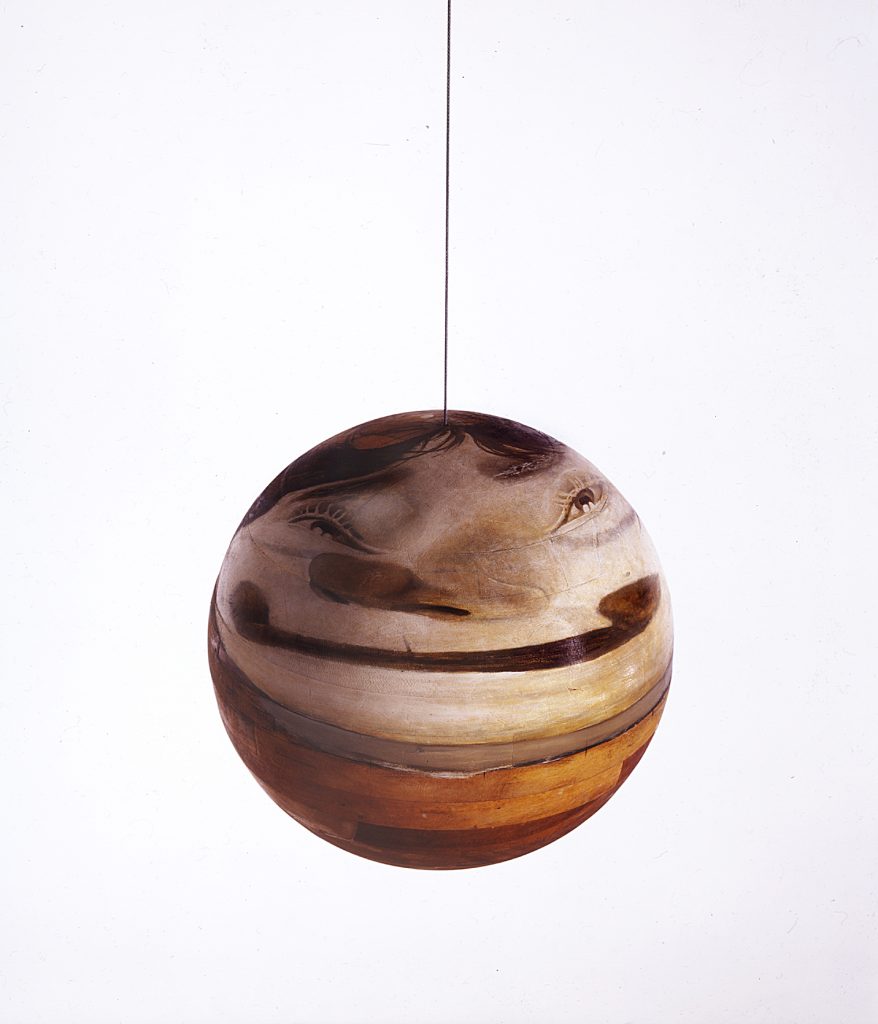 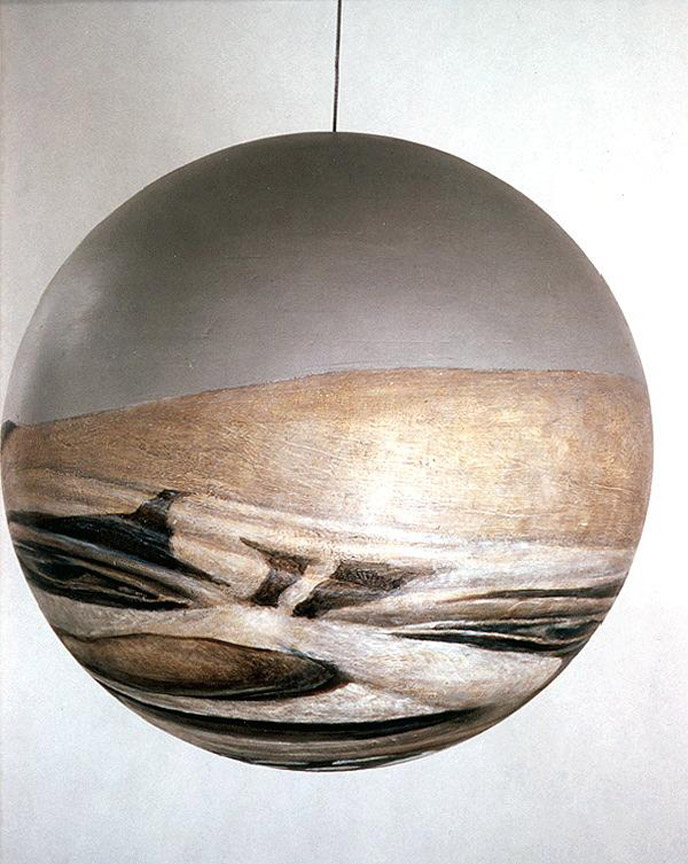 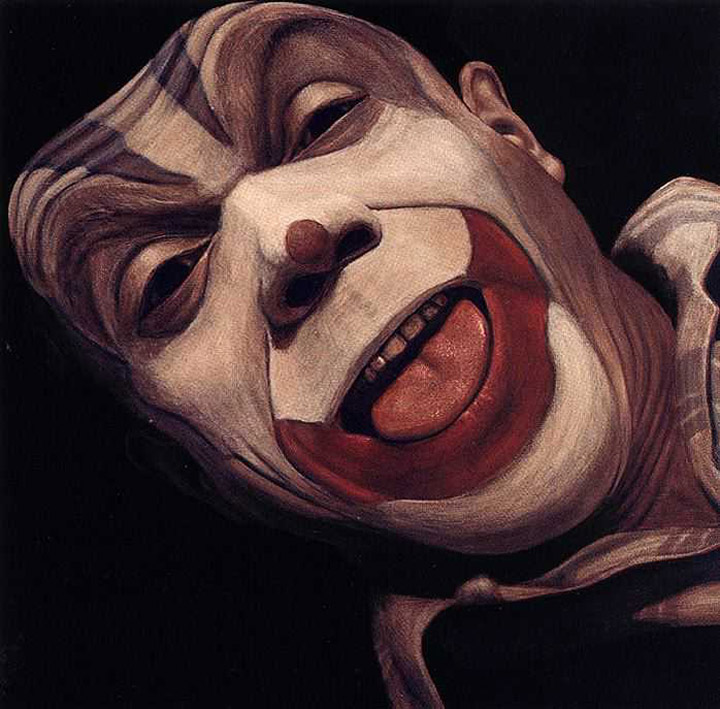 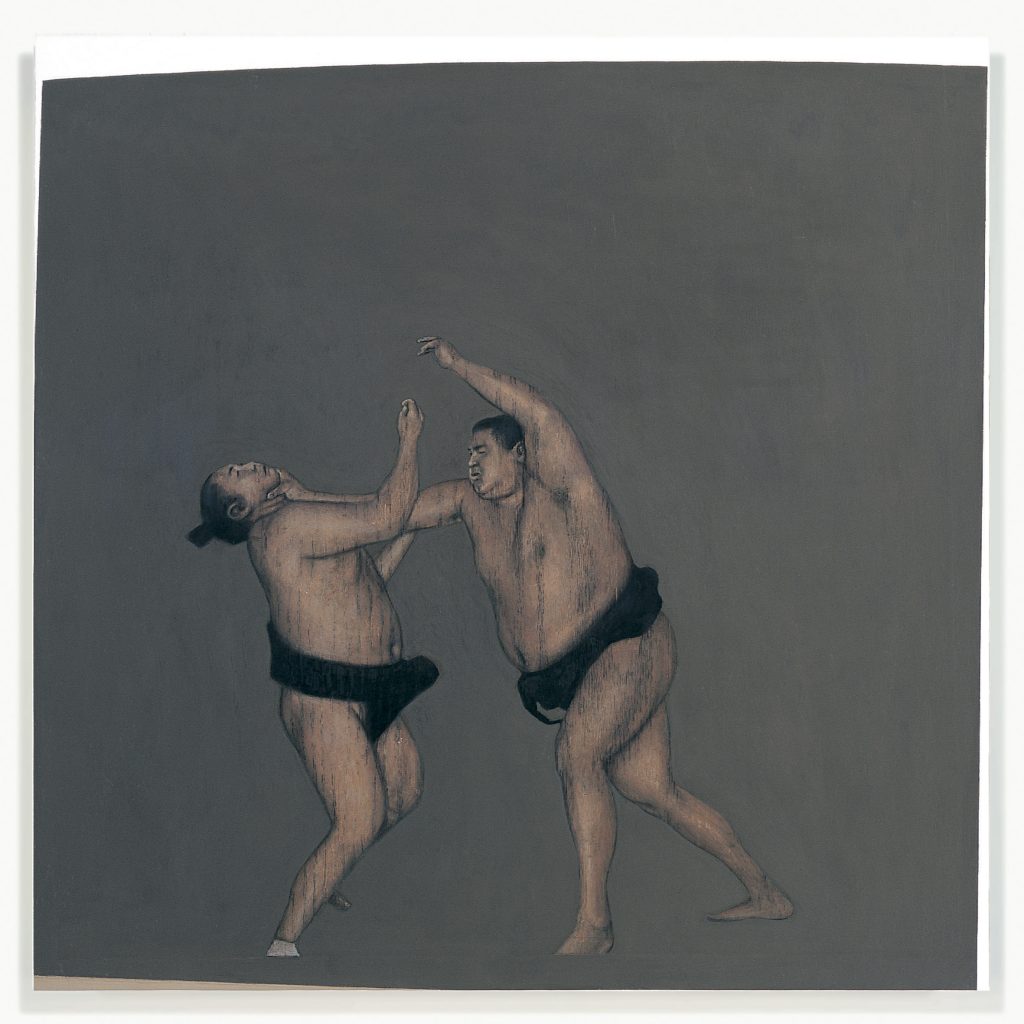 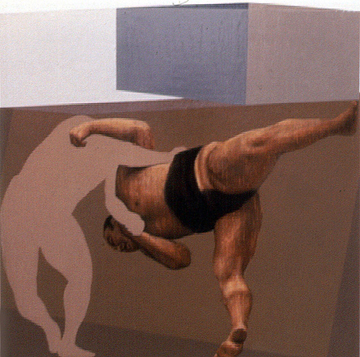 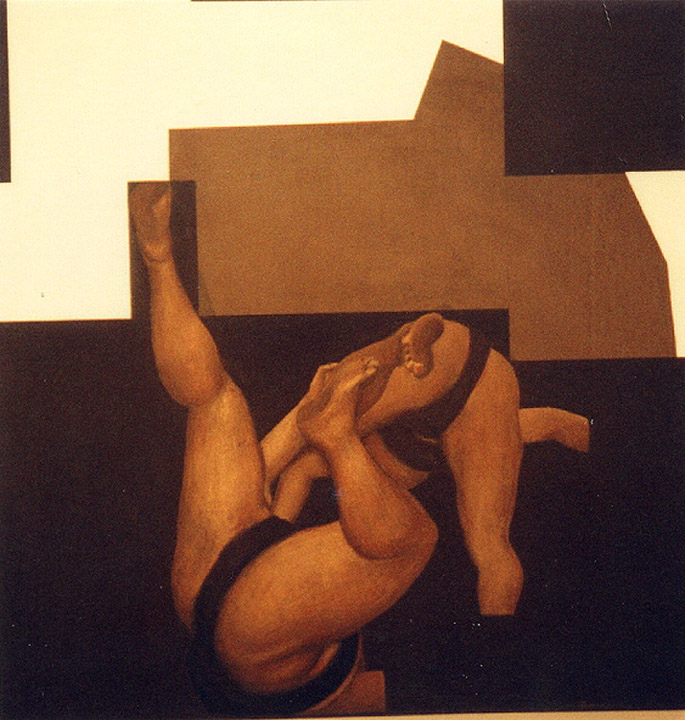 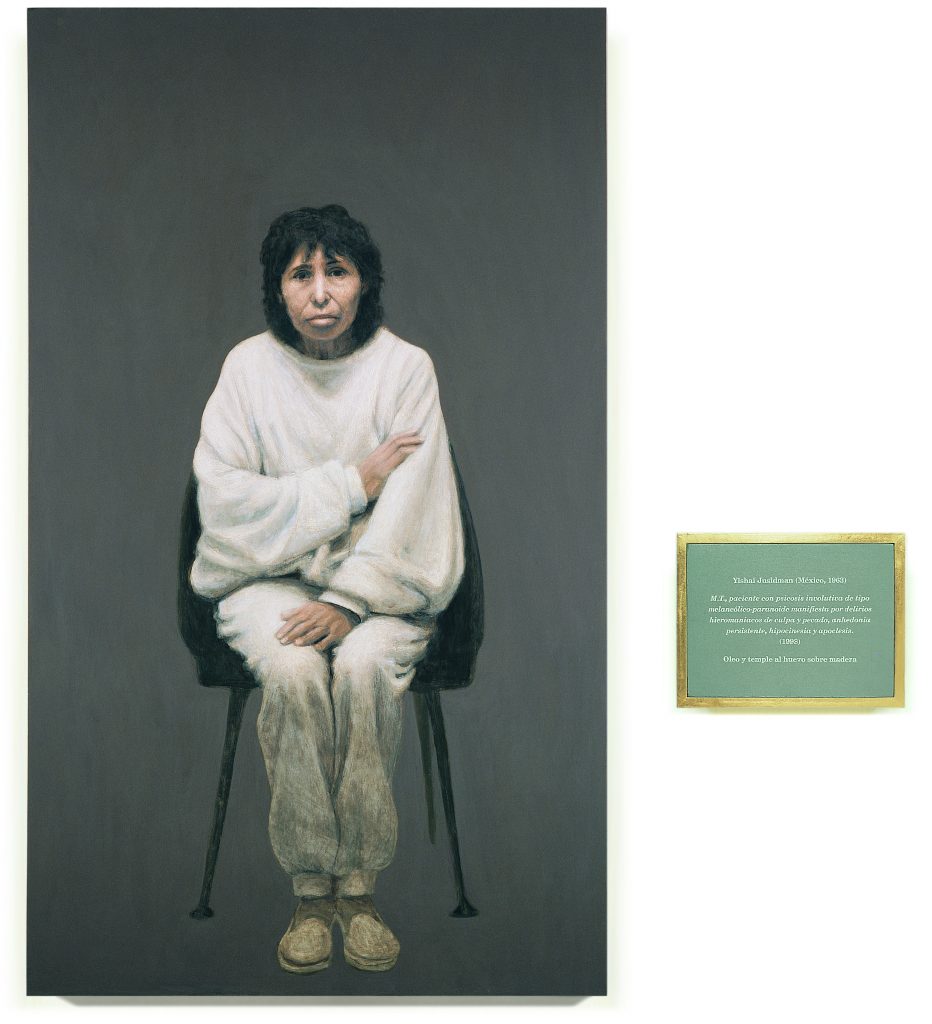 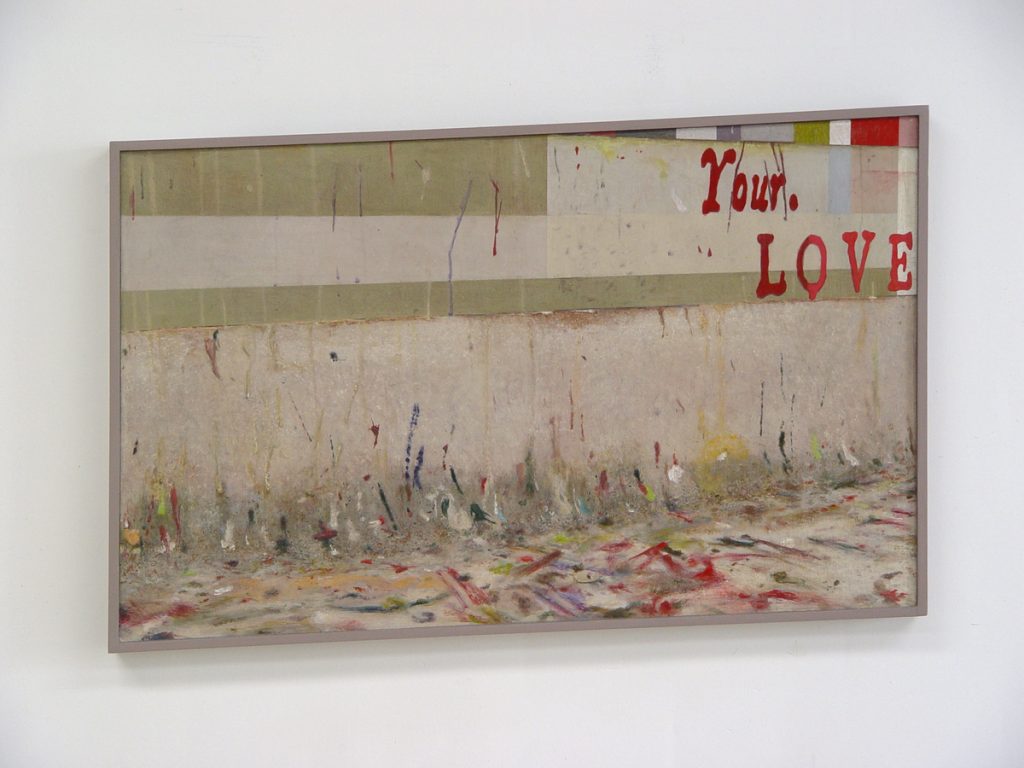 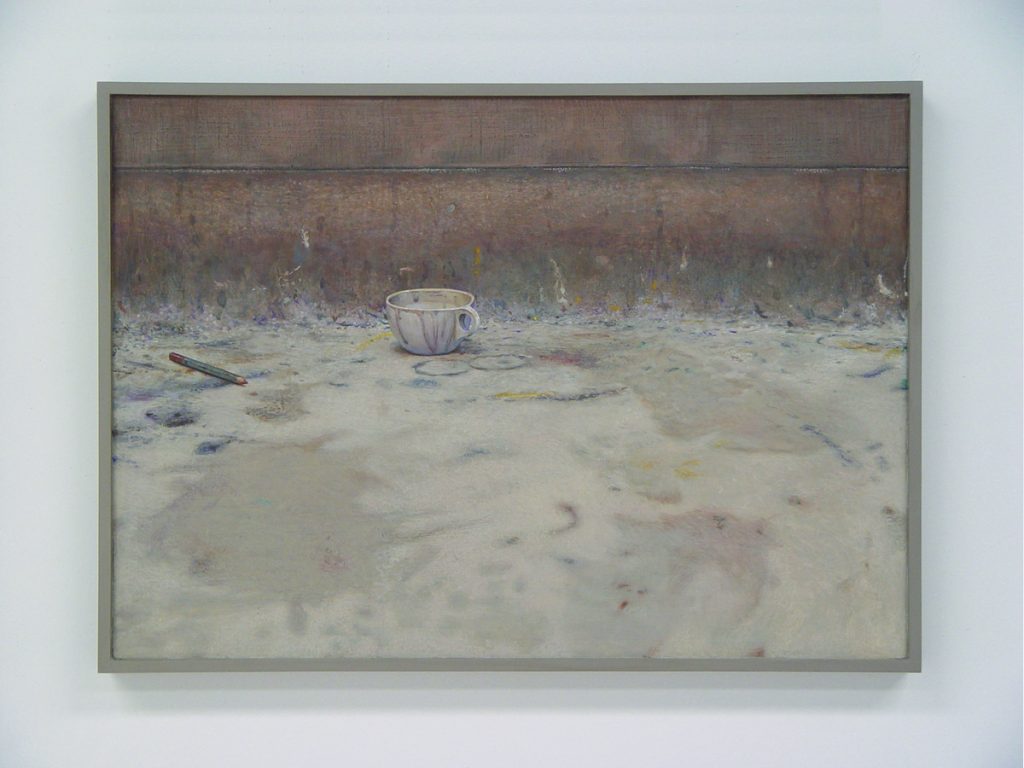 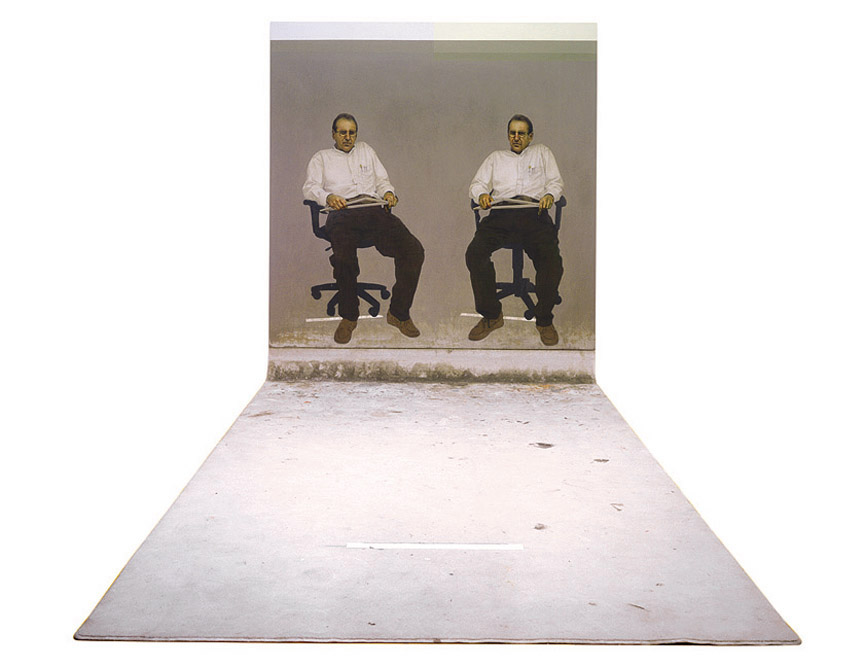 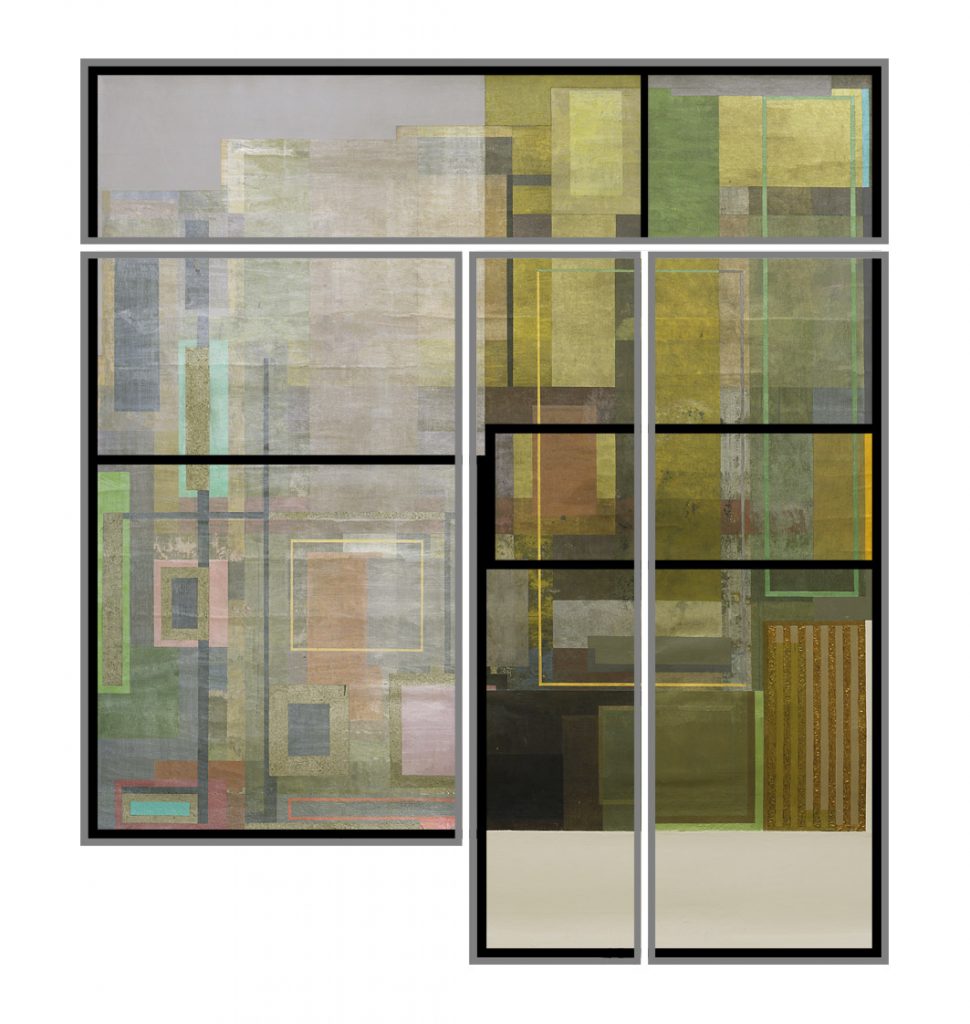 Lives and works in Los Angeles.

2. Still, it shouldn’t be denied that flaky aesthetics can be seedbeds for great artworks. Think of Mondrian’s wildly esoteric convictions, and how these were fashioned into paintings of striking visual efficacy. Interestingly, it’s difficult to accept the opposite —that great artworks ever underscore flaky aesthetics. In fact, great artworks often undermine their authors and the aesthetics fueling them. Surely a sensible aesthetic outlook should take the possibility of such disassociations into account.

3. My grammar-school teacher taught me, as required by the school’s official curricula, that “Art is a form of expression.” While an insufficient definition of art, this proposition still can be a subdued and sobering directive, as long as all suggestions of therapeutic expressivism are avoided.

4. Late in life, the philosopher Ludwig Wittgenstein was no longer concerned with anchoring “truth” in language and experience (as were a group of his contemporaries, the logical positivists), nor with expounding an ethical code of action (as, say, the existentialists would be). Instead, he primarily devoted himself to analyzing the efficacy of human interchange. Following Wittgenstein liberally, a form of expression becomes eloquent as it conforms to a publicly acknowledged practice that bestows sense to individual behavior. Such practices rely upon shared dispositions and expectations that are shaped by natural and cultural circumstances. The dynamics of such communal,meaning-bestowing practices are known in Wittgenstein’s lingo as forms of life. Love, football, and accounting are all forms of life, and so is art.

5. Painting’s dynamics are circumscribed by the weight of its history, by its thoroughly developed plastic syntax, and by the constraints of its specific materiality. In painting, as in mature forms of life, presuppositions upheld by force of habit become stifling myths, clichés, and articles of faith. A good painting may transcend its author’s intentions and even his or her flaky aesthetics by contributing to the fluidity of painting’s very form of life—by oiling, tuning up, and refurbishing its forms of expression. A lousy painting will simply contribute to the rusting of the gears. (Beware the elegance of rust.)

6. I understand my work as something of an injector fluid that seeks to remove undesirable clogging particles from the recent history of painting. The obstructive culprits are certain pseudo-dichoto -mies that have become avant-garde commonplaces: formalism/expressionism, figuration/abstraction,form/content, contemplative/critical, painterly/conceptual. In order to disprove the mutual exclusivity of these terms, I attempt to reposition them within painting and through plastic articulation—that is, through staging a painterly dialectic that dissolves the exclusivity of the dichoto – mies, a dialectic resolved, if at all, within the work’s pictorial efficacy.

7. Pictorial efficacy is not measured by what a painting represents, but by how it functions within its operational parameters (materials, color, subject matter, public presentation). In my work, clowns exacerbate the pictorial plane; geisha girls purvey retinal delectation; Sumo wrestlers spark off plastic play; psychotics overhaul painterly expressiveness; and painters carry out crisscrossing relations with the viewer. Indeed, the efficacy of my paintings can only be brought to fruition by virtue of the viewer’s judgment, instigated, nourished, and tempered by firsthand experience of the works. I hereby rest my case.